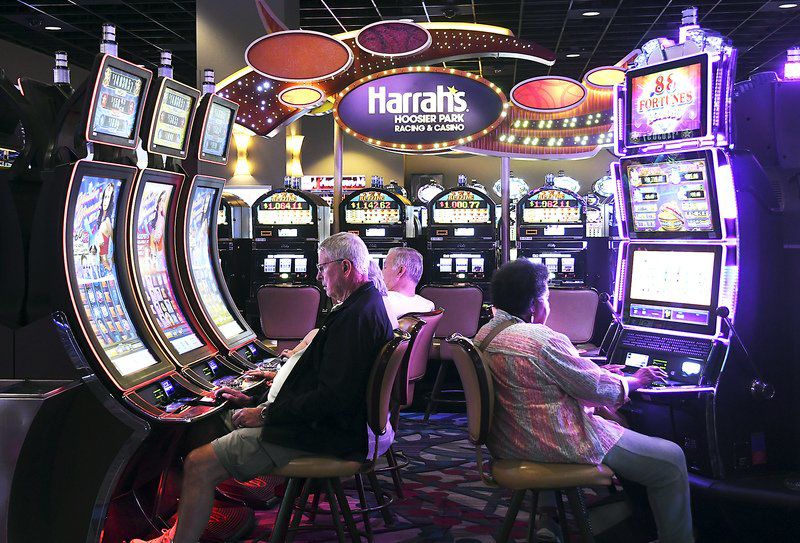 Harrah's Hoosier Park Racing & Casino in Anderson will be adding sports wagering and live dealers table games soon. Established in 1994, Hoosier Park is one of the last casinos in Indiana to have live dealers, which required legislation. 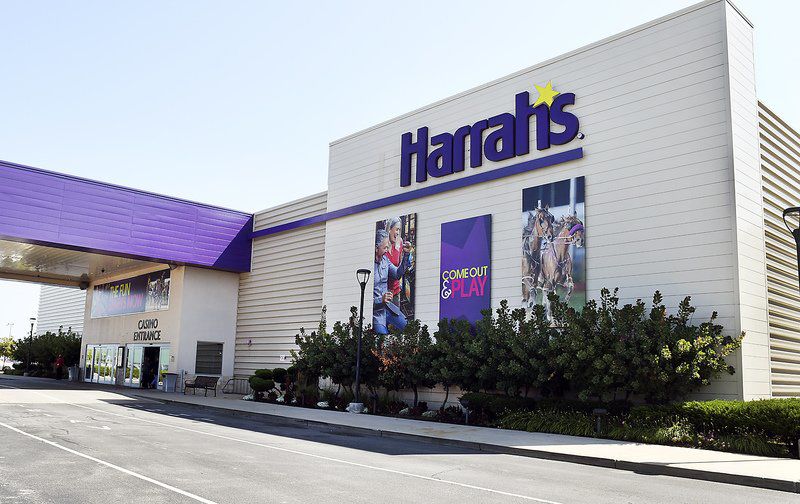 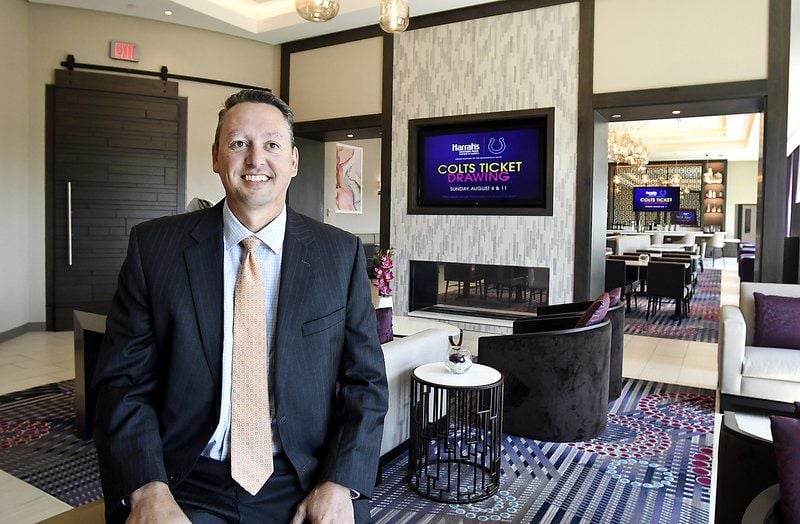 John P. Cleary | The Herald BulletinTrent McIntosh, senior vice president and general manager of Enterprise Services for Caesars Entertainment, is in the new VIP Laurel lounge inside the Anderson casino.

Harrah's Hoosier Park Racing & Casino in Anderson will be adding sports wagering and live dealers table games soon. Established in 1994, Hoosier Park is one of the last casinos in Indiana to have live dealers, which required legislation.

John P. Cleary | The Herald BulletinTrent McIntosh, senior vice president and general manager of Enterprise Services for Caesars Entertainment, is in the new VIP Laurel lounge inside the Anderson casino.

ANDERSON – As Harrah’s Hoosier Park Racing & Casino adds sports betting and live dealers for table games to its mix of amusement, it is also planning to increase its workforce by more than 25%.

The sports betting parlor, which takes the place of the former Pegasus bar, is expected to open by Sept. 19. Live dealers are expected to be in place by Jan. 1.

“We believe the value that it brings is some additional tax dollars through sports wagering and table games, and we become a more complete entertainment complex,” said Trent McIntosh, senior vice president and general manager of Enterprise Services for Caesars Entertainment. Caesars owns the Harrah's brand and is owner of Hoosier Park.

McIntosh said he couldn’t quantify the monetary value in terms of how much money is likely to find its way into the community, but Rob Sparks, executive director of the Madison County Corporation for Economic Development, said the city and county already split about $5 million annually in tax revenue. That is likely to become more.

Established in 1994, Hoosier Park is one of the last casinos in Indiana to have live dealers, which required legislation. State Rep. Terri Austin, D-Anderson, said there were plans for expansion when Vice President Mike Pence was governor of Indiana, but that was delayed because he said he would veto such a bill.

“This puts us in a better competitive advantage to other casinos throughout the state that all had live table games,” McIntosh said.

Hoosier Park is in the middle of its “Deal Me In” campaign to hire about 20 employees to work in the sports betting parlor, where there will be live sports writers and automated kiosks to take bets, and 150 to start group training to become dealers in September, McIntosh said.

That will bring the total about 920. By the time the casino completes the second phase of its expansion to live dealers, the number of employees is expected to exceed 1,000.

Hoosier Park also is guaranteeing a wage of $20 per hour, inclusive of tips, during 2020 for its dealers, McIntosh said.

“We’ve targeted our campaign around here in Anderson and central Indiana,” he said. “I’m confident there will be people who apply for the jobs that have the skills set, but our intent is to provide jobs to the community.”

“We really are excited to do this. These are good jobs with good benefits, and we think this will add a lot to what we think this community has to offer,” she said. “It’s going to increase tourism. It’s going to expose Anderson to more people. There is so much going on in Anderson, not just at Hoosier Park. We think this will help strengthen Anderson as a destination location, and we think other amenities will follow with this. We want people to spend their money in Madison County.”

Greg Winkler, executive director of economic development for the city of Anderson, agreed.

“I can tell you that the live table action will be a tremendous boost to the community,” said Winkler, who lived and worked for four years in Las Vegas, Nevada.

He said a quality Las Vegas table dealer could earn up to $150,000 a year. While he doesn’t expect the same would be likely in Anderson, Winkler said he wouldn’t be surprised if dealers made as much as $80,000 a year.

“A quality dealer makes a really, really good living. They pick up a lot of tips along the way,” he said.

However, dealer positions come with some strings attached, Winkler said. Applicants will have to undergo a background check ensuring they have a good credit score, no outstanding debt and clean criminal record.

“If that background check is there and they have a good work ethic, they have an excellent opportunity for an outstanding job,” he said.

Because Indiana doesn’t really have a strong workforce base when it comes to dealers, Winkler said he believes most of these jobs will be given to those who live in the region around Hoosier Park, Madison County’s fifth-largest private employer.

In addition to the jobs and tax revenue generated, Winkler said, a base dollar paid into payroll turns over three times in the community. That means other local businesses will benefit.

“You can argue that creates another two jobs, maybe another three,” he said.

Even those workers who come from other nearby communities, such as Muncie or Indianapolis, will spend some money in Anderson and Madison County as they gas up or buy groceries on their way home, Winkler said.

Jerrold Bridges, executive director of the Madison County Council of Governments, said Hoosier Park is one of many businesses that have helped rebuild about 30% of the 30,000 jobs lost when General Motors pulled out of the area 18 years ago.

Hoosier Park, he said, is part of a mix of smaller businesses that help diversify the local employer base, which helps shield the county against a single loss as devastating as that of GM.

The Indiana Gaming Commission has approved the following for sports wagering:

Olympics: Summer and winter, including trials

Track and Field: International Association of Athletics Federations and NCAA-Division 1