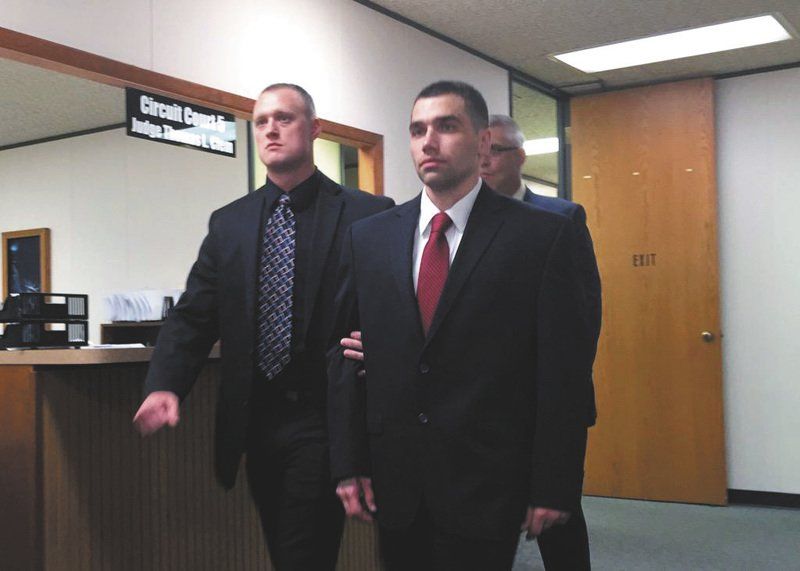 Clarence Parsley, right, is escorted back to the Madison County courtroom Wednesday.  He is on trial, charged with the fatal stabbing of a fellow inmate at the Pendleton Correctional Facility. 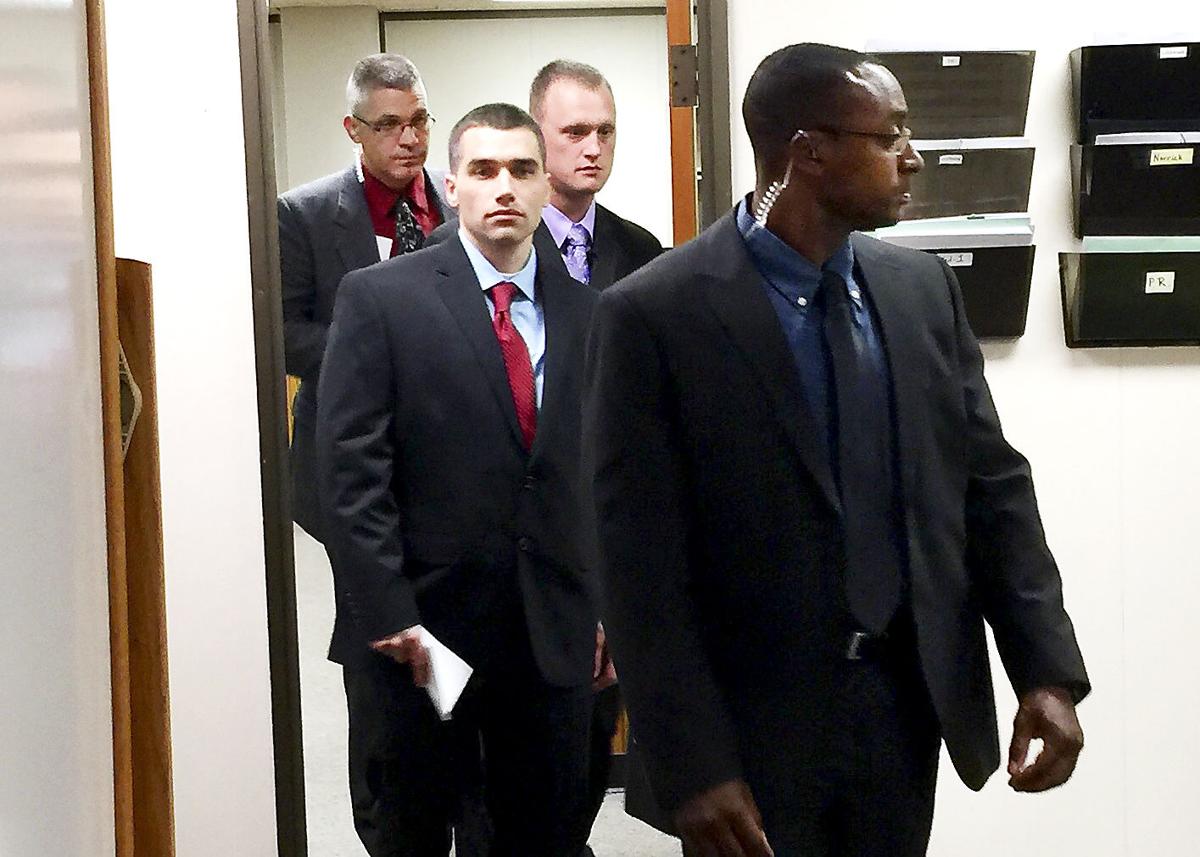 Murder defendant Clarence Parsley, 31, at left, is escorted by law enforcement officers out of Madison County Circuit Court 4 Thursday during a recess in the trial testimony.

Clarence Parsley, right, is escorted back to the Madison County courtroom Wednesday.  He is on trial, charged with the fatal stabbing of a fellow inmate at the Pendleton Correctional Facility.

Murder defendant Clarence Parsley, 31, at left, is escorted by law enforcement officers out of Madison County Circuit Court 4 Thursday during a recess in the trial testimony.

ANDERSON — Less than four hours after deliberations began Friday in the murder trial of a Pendleton Correctional Facility inmate, jurors reached a verdict: guilty on both charges.

Clarence Parsley, 31, was convicted by a jury of six men and six women of killing Timothy P. Knapp, 27, on May 28, 2011. The two men were serving time at the prison and Parsley was on trial for murder and a prisoner possessing dangerous device or material, a Class B felony.

Jurors convened after a day of testimony from Parsley regarding Knapp’s death.

Parsley first described his living conditions at the prison in detail to the jurors including the awful smells lurking in the cell block. He said some inmates did not shower, creating a “funk” odor.

The noise, including screams from other prisoners, is constant, making sleep for inmates difficult, he said.

The only reprieve from a disciplinary segregation unit cell is showering and recreation time, which is limited to an hour or less depending on the day, he said.

Parsley went on to say there was nothing unusual about the day Knapp died and he had never interacted with the other inmate prior to May 28.

He said the first thing he did when he was placed in the segregated recreational area, which is completely fenced in, was take a deep breath of fresh air.

Parsley said his interaction with Knapp happened when the other inmate began to cuss him out. He said the two men exchanged insults, but that was not unusual in prison and he did not feel angry or provoked by the other man’s insults.

According to Parsley’s testimony, there was no reason for Knapp to be angry with him.

“I believe he had mistaken me for someone else,” Parsley said.

Parsley told jurors that about 45 minutes into his recreational time, he noticed Knapp had a pair of gloves on and was pulling on the fencing between their two confined areas. Parsley said Knapp told him he was “coming over to kick my ass.”

Parsley said he yelled for a correctional officer several times because he wanted to return to his cell, and that is when Knapp called him a snitch.

Earlier witnesses in the case testified that being labeled as a snitch in prison can be a death sentence for inmates who are often attacked or killed for telling on other inmates.

“It doesn’t matter if you tell or not, they are going to get you,” Parsley said. “I told him I’m not telling on him, I just wanted to go back to my cell.”

But Parsley said no one responded to his cries.

Knapp soon had made a gaping hole into Parsley’s cell and Parsley decided fisticuffs might be an easy way to end the confrontation. He encouraged Knapp to come into his cell and even pulled on the fencing to make the hole bigger.

Then Knapp backed away from the hole telling Parsley to come into his cell, which he did.

Parsley denied having a weapon that day.

Crawling through the fence, Parsley said he got stuck and Knapp pulled out a homemade knife and attacked him. Parsley bit Knapp twice, trying to get him to drop the weapon, and eventually succeeded.

Grabbing the knife, Parsley told jurors he stuck it in his pants and freed himself from the chain link fence. The two men fought and Parsley said Knapp fell down and he walked away from him, believing the fight was over. He put his hands up in a gesture of being done, but Knapp pulled metal from the fence to make another weapon.

Parsley said he tried to “get control of his hands,” but he was unable to stop Knapp. That is when Parsley said correctional officers started to spray him with mace.

At that point, Parsley said, the screaming from other inmates made it impossible to hear anything and he was blinded from the pepper spray. Knapp then grabbed for the knife in Parsley’s pants and the two continued struggling.

Parsley said he was unaware the knife was still in his hand as he continued to deliver blows to Knapp. He said he stopped when he thought Knapp had collapsed in defeat, not death.

Later that day, Parsley said, officers told him Knapp had died, but it was never his intention to kill the other inmate.

Parsley’s sister, Lisa Sutton, said the court proceedings in her brother’s case appeared unfair. Sutton attend the trial proceedings every day and said she felt the court did not give her brother’s new attorney time to properly prepare for the case.

“He just changed lawyers and they are rushing them along,” she said. “I don’t think they gave his attorney enough time. This is my brother’s life.”

Sutton was also upset that the testimony of some of the witnesses in her brother’s trial were different from the depositions and reports.

Sutton said she was present when Parsley killed Lambert Sutton, her father-in-law. She said few of the facts in the case were known publicly because her brother accepted a plea agreement, but there was more to the story than what had been reported.

Parsley was 18 when he was incarcerated and given a 20-year sentence for her father-in-law's death. She said her brother could not read or write when he was sent to prison and was assessed at that time as having the mental ability of a 12-year-old because of his learning disabilities and lack of education.

“He is trying to better himself," she said. "He got his GED. But he has had to fight to survive there.”

Sutton said the trial was difficult to endure, but she was happy her brother’s attorney, Evan Broderick, fought to acquit Parsley.

“I haven’t seen anyone stand up for him like that,” she said.