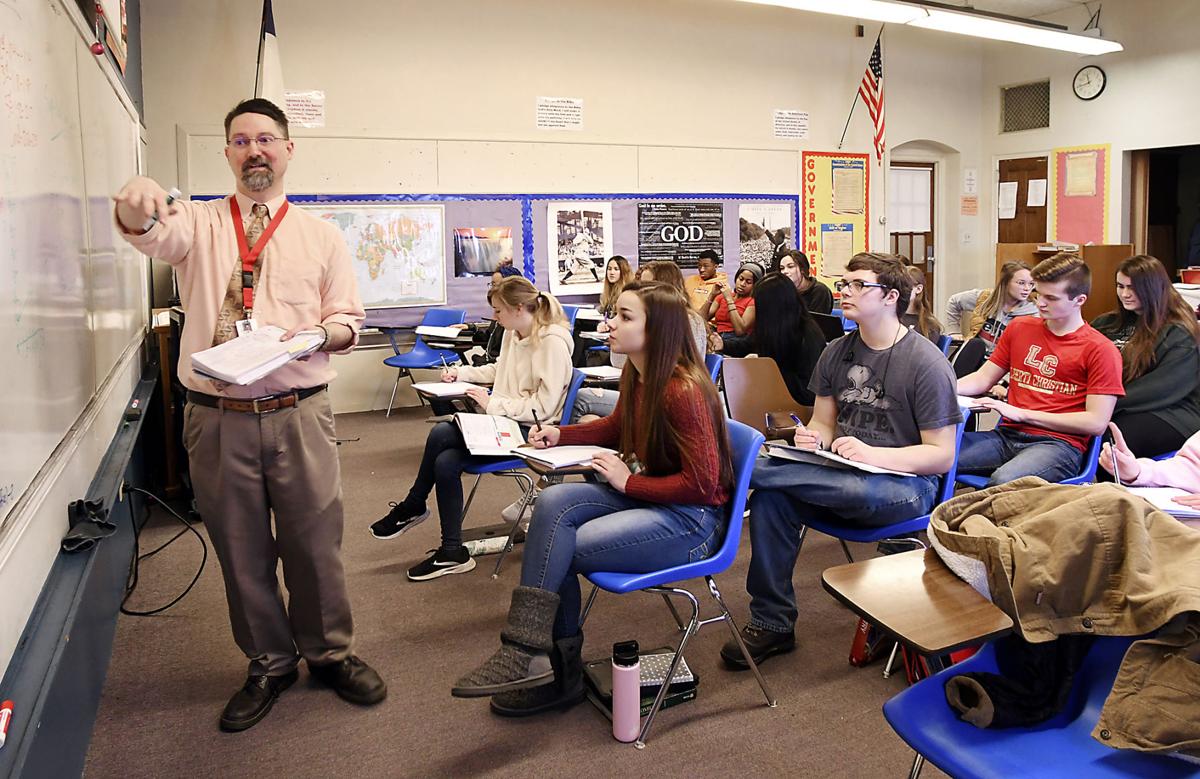 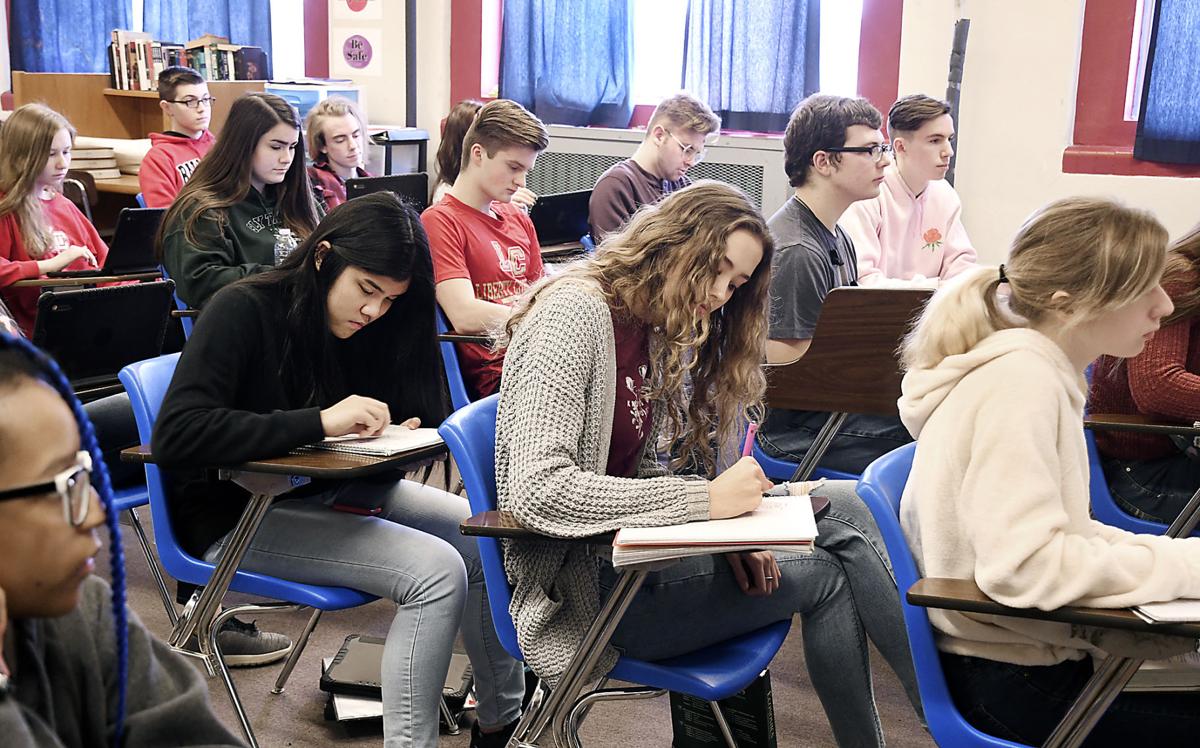 Liberty Christian High School seniors take notes in Jeff Stickler’s senior economics class this past week. Liberty Christian had a 100% graduation rate in 2019. School officials meet with students quarterly to discuss where they are on their graduation track and post-graduation plans, said Principal Adam Freedom.

Liberty Christian High School seniors take notes in Jeff Stickler’s senior economics class this past week. Liberty Christian had a 100% graduation rate in 2019. School officials meet with students quarterly to discuss where they are on their graduation track and post-graduation plans, said Principal Adam Freedom.

ANDERSON — All but three public school districts or schools serving Madison County and surrounding communities achieved graduation rates in 2019 that exceeded the state average of 87%.

Though one private school achieved a 100% graduation rate, about half of the schools of all types decreased over last year.

“Every day, school administrators and classroom teachers across our state dedicate themselves to academically preparing our students for success,” said Indiana Superintendent of Public Instruction Jennifer McCormick. “There is still work to be done, and the department will continue to commit its resources to local districts, working together to ensure our children graduate prepared for life beyond high school.”

Liberty Christian’s high school has achieved what to most educators is the Holy Grail of education, a perfect graduation rate, exceeding the state’s 92% rate for non-public schools.

Liberty Christian Superintendent Jay McCurry said he believes the school was able to grow its graduation rate from 96% in 2018 to 100% in 2019, in part, because of its small student population. According to the Indiana Department of Education website, the school’s total population for grades 9 through 12 is 139.

One way of preventing that, McCurry said, is by building relationships with the school’s most vulnerable students.

“We have worked really hard on an individualized focus with our students,” he said. “Walking alongside every student and having support and resources they need for success helps. At Liberty, we’re a family. A lot of our students come from broken homes where there’s no support. We want to exemplify, ‘What does a family look like?’ When one member of a family hurts, we all help.”

Liberty Christian’s high school principal, Adam Freeman, said administrators and teachers employ a number of strategies, including check-ins every two weeks with students, to ensure no one falls through the cracks. In addition, school officials meet with students quarterly to discuss where they are on their graduation track and post-graduation plans.

“We also loop parents into those conversations when we have struggling students,” Freeman said. “Families are really comfortable to say this is what we’re seeing at home and this is what we need to do to bridge that gap.”

Anderson Community Schools Superintendent Timothy Smith said he believes the steep decrease in his district’s rate actually is due to a change in the form used to report graduations. He said the Indiana Department of Education reduced the rate following an audit.

In the district’s defense, Smith said, it’s a problem experienced by several school districts throughout the state because IDOE did not properly communicate the reporting change. ACS is teaming up with the other districts to appeal this year’s determination, but IDOE already has denied an individual request for grace, he said.

In the end, however, the problem may not amount to anything in regard to the district’s accountability grade because IDOE and Gov. Eric Holcomb have said they will hold school corporations harmless this year because of problems with the new standardized test.

“We’re hoping none of this will matter, in the long run,” Smith said.

Though Frankton-Lapel Community Schools operates two high schools, only one, Lapel Jr.- Sr.-High School, experienced a continued drop in its graduation rate. The high school went from a 100% graduation rate in 2017 to 96% in 2018 and 92% in 2019.

Superintendent Bobby Fields did not return calls for comment.

Though its charter was revoked by its authorizer, Daleville Community Schools, Indiana Virtual School reported that its graduation rate for 2019 more than doubled from 24% to 55%.

But Daleville Assistant Superintendent David Stashevsky said that’s misleading because the now-defunct online school, which opened in 2012, transferred the enrollments of struggling students to its newly opened Indiana Virtual Pathways Academy when it opened in 2017. Its student population was reduced from about 4,000 to 1,000.

“They reduced the size of kids in Indiana Virtual and kept those kids that were doing much better,” he said. ““We know students they shifted over and which ones they kept. That’s actually one of the topics that we addressed with them when we talked to them about the practices that they were doing that were highly suspect.”

Based on that, Stashevsky said he believes the Indiana Department of Education should eliminate IVS’s reported graduation rate from its database because the average Hoosier looking at it would have no way of understanding how that figure was calculated. IDOE officials may not even realize its not accurate, he added.

“It would seem to me that pulling all of their information off the public websites would be appropriate because the data itself has been manipulated by the charter school,” he said. “It doesn’t represent the student pool that they had been drawing from.”