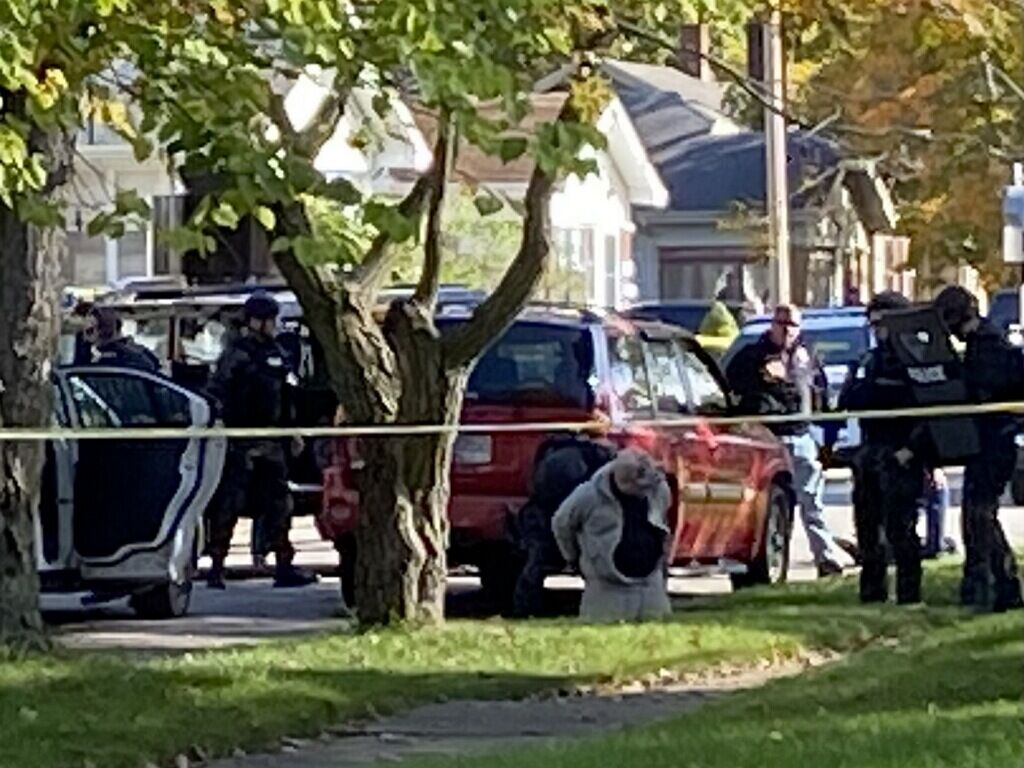 Police arrested a man, on his knees (above), after a standoff in Anderson’s Meadowbrook neighborhood. The standoff lasted for more than three hours Sunday. 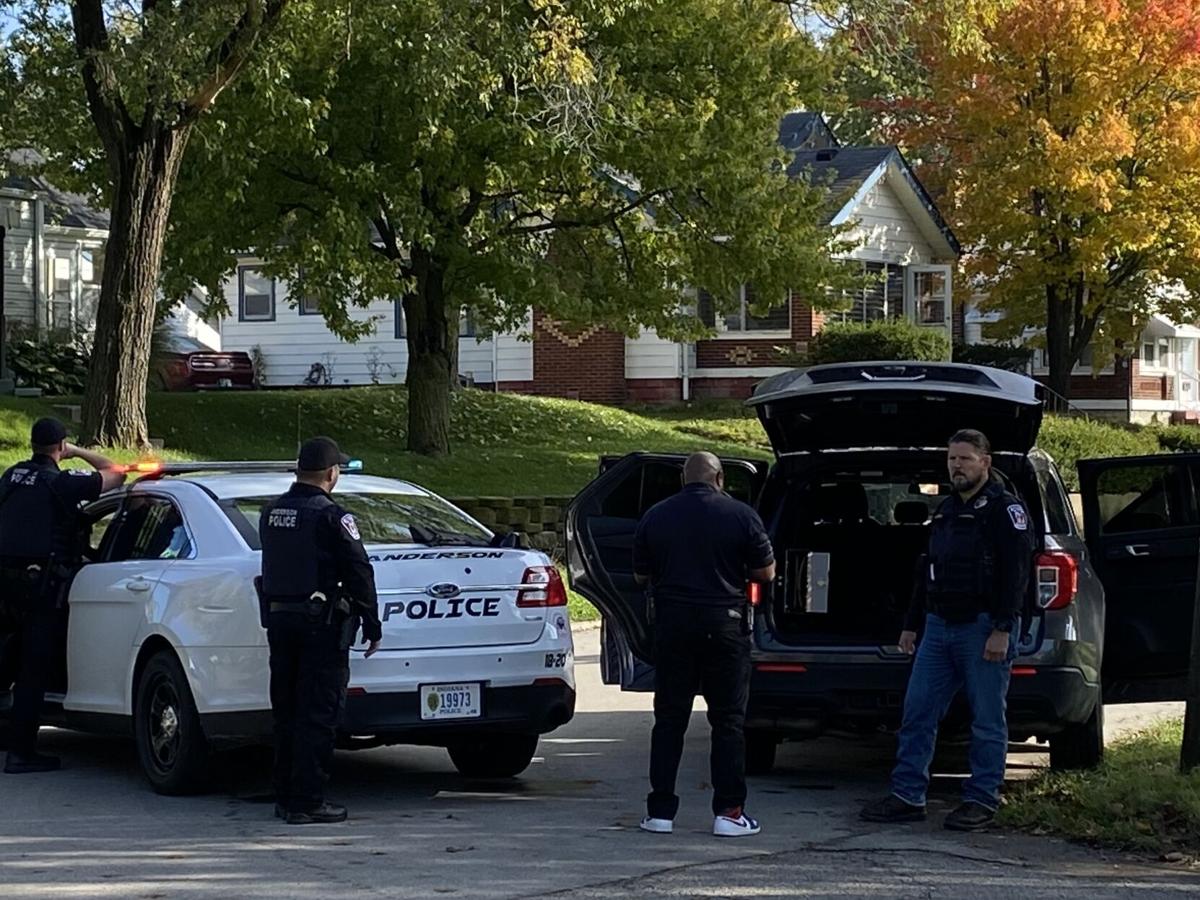 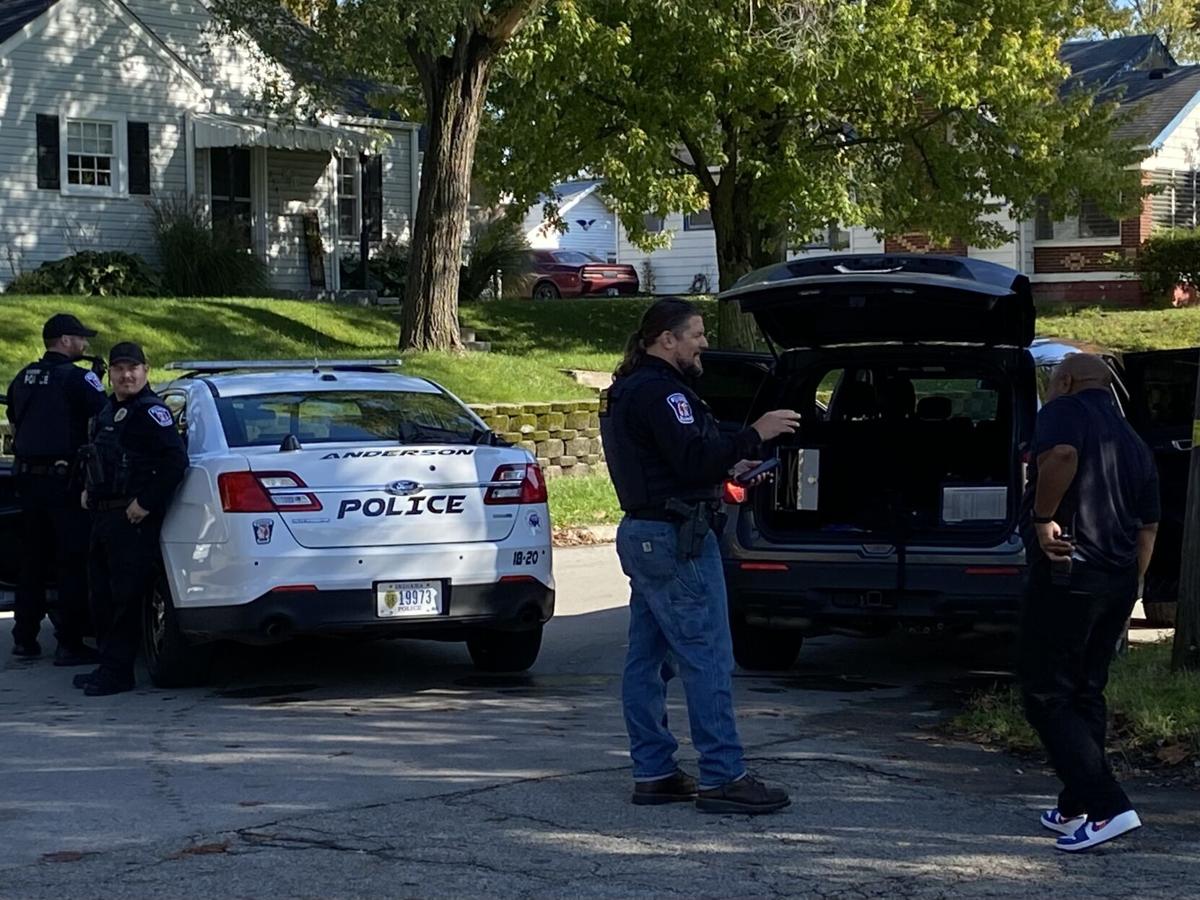 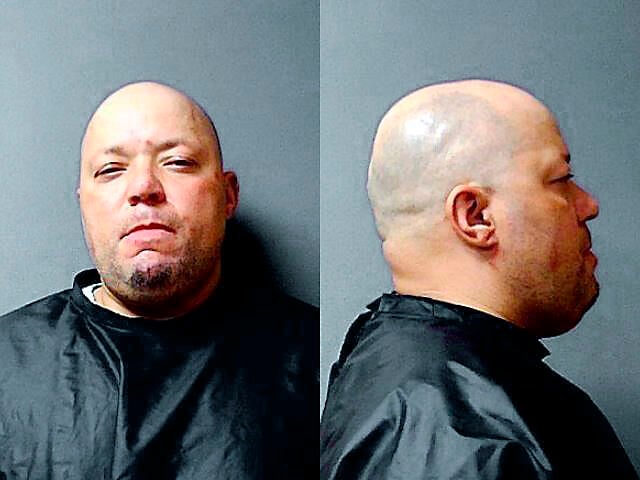 Police arrested a man, on his knees (above), after a standoff in Anderson’s Meadowbrook neighborhood. The standoff lasted for more than three hours Sunday.

ANDERSON — Residents in Meadowbrook awoke Halloween morning to a standoff between police and a man wanted on four separate warrants in Madison County.

Officers were called to a domestic dispute at a home at 9:11 a.m., according to a news release from Caleb McKnight, APD’s public information officer.

Witnesses on the scene advised officers that Baker was armed and had barricaded himself inside the residence on West 37th Street.

Once officers safely removed all other civilians from the house, the Anderson SWAT Team and Crisis Negotiation Unit were called in for assistance.

Some of the charges Baker is wanted for on at least one of the warrants stem from an incident that took place at the same residence July 14.

A woman told authorities that Baker physically attacked her and threatened to kill her when she tried to go to Walmart. During the incident, Baker is accused of smashing the woman’s windshield with a 2x4.

The woman told police she lived with Baker, and he had been physically and verbally abusive to her in the past. She said Baker pulled a large folding knife out of his pocket and threatened to cut her and kill her during the July incident.

Witnesses corroborated the woman’s story, according to court records.

On Sunday, Baker’s aunt, Fran Tomlinson, waited distraught at the edge of the scene. It was cordoned off with yellow tape during the situation.

She said Anderson police had contacted her husband at 9:36 a.m. Sunday about the standoff. The couple rushed to the 200 block of West 37th Street, where Baker was reportedly holding a woman hostage at gunpoint.

APD officers had closed down the street and surrounded the home before Tomlinson arrived. She said her nephew had sent her a text that he would rather die by suicide or by police officers before he would go back to jail.

Tomlinson said Baker has struggled with mental health and drug issues in the past, and when the court system only addresses crimes, offenders become repeat offenders.

She said Baker was attacked at the Madison County Jail earlier this year and vowed he would not return.

Within minutes after she sent the message, there was movement at the front of the home, and Baker stood in a doorway. He stooped down to place an object on the ground and then walked slowly toward the police outside and raised his hands above his head.

Baker was taken into custody without incident.

Tomlinson said she believes her nephew finally surrendered after an APD officer who is friends with the family identified himself on a loudspeaker and urged Baker to talk with him by phone.

She said the combination of her text message and the fact that Baker knew an officer on the scene helped get him out of the home safely.

“I am thankful for Officers Webb, Rayford and Reed for going above and beyond to resolve the situation without incident,” Tomlinson said after Baker surrendered to APD officers. “I hope Robbie gets the mental health issues addressed to enable him to live a safe, productive life.”