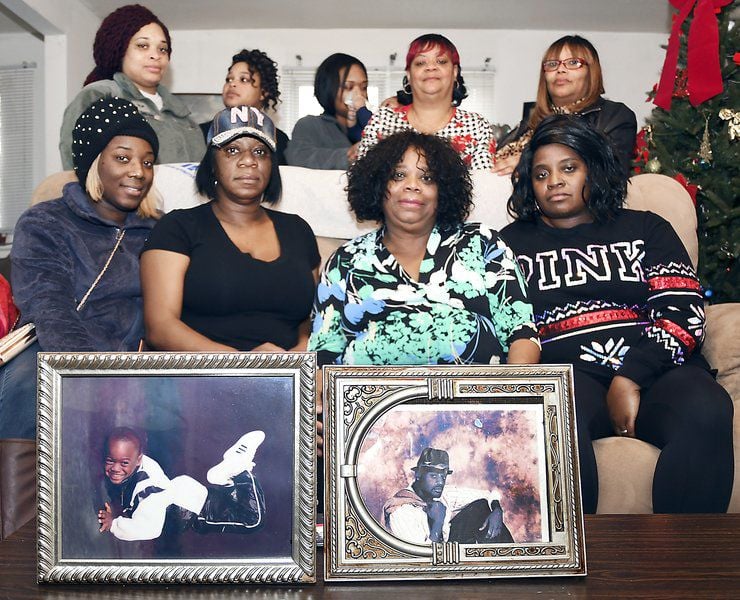 John P. Cleary | The Herald BulletinJoyce Griffin, seated third from left, mother of homicide victim Tommie Griffin, is surrounded by daughters Marjean Neal, left of her, and Cherie Griffin, right, along with extended family members in Anderson on Wednesday. 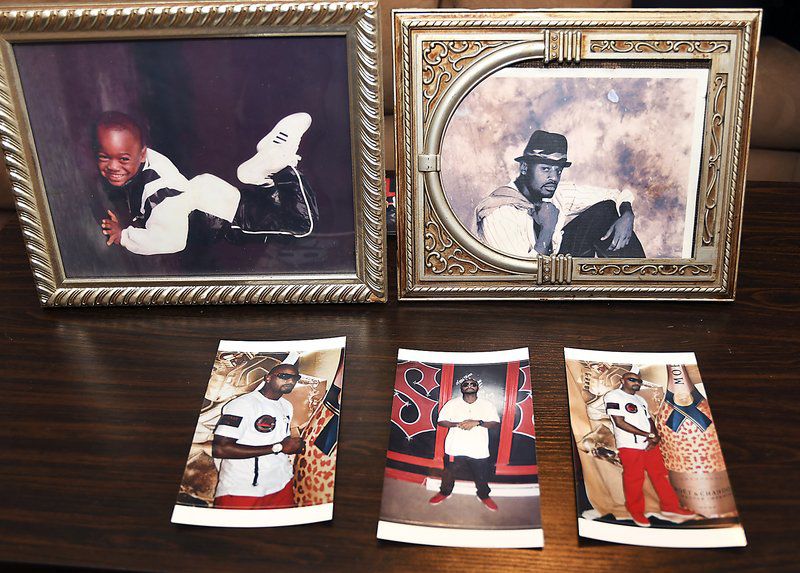 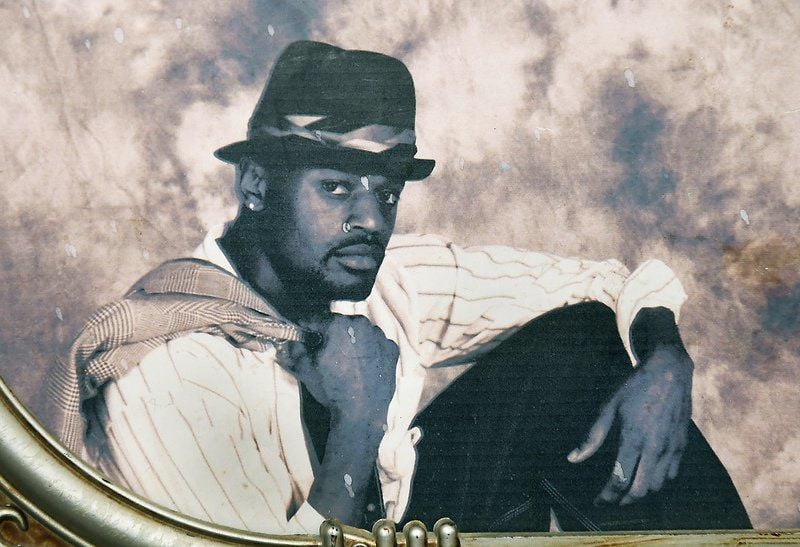 John P. Cleary | The Herald BulletinJoyce Griffin, seated third from left, mother of homicide victim Tommie Griffin, is surrounded by daughters Marjean Neal, left of her, and Cherie Griffin, right, along with extended family members in Anderson on Wednesday.

ANDERSON — Tommie Griffin was the kind of guy who made everyone laugh. He was a joker, a ladies’ man and a good dresser.

He was the kind of guy who found out his teenage cousin couldn’t play football because he needed cleats, and he bought them for him the next morning.

Everyone loved Tommie Griffin, everyone he knew was his friend, and that’s why his mother, Joyce Griffin, said his death was so senseless.

Tommie Griffin, 39, was shot and killed inside his truck at around 8:30 a.m. on New Year’s Day at the corner of Ninth and Chestnut streets. Anderson police are investigating the homicide and are unable to share information publicly at this time, Police Department spokesman Joel Sandefur said.

Deputy coroner Marian Dunnichay performed the autopsy Wednesday in Fort Wayne. On Wednesday evening, Dunnichay said Griffin died of multiple gunshot wounds. He was shot at close range — two bullets hit the back of his neck and one grazed the tip of his nose, she said.

“He was a free-hearted man. He was a good man,” Joyce Griffin said. “I don’t understand why anyone would want to hurt my son.”

On Tuesday morning, the mother knew something was wrong. When her son would get home from work from Indiana Automotive Fasteners in Greenfield, he always came in to check on his mother, and that morning he didn’t.

She said once she got the news, she needed to see her son, so she went straight to the scene.

“I saw his truck, I saw the bullet holes,” she said. “He didn’t deserve to take a bullet this way.”

As of Wednesday afternoon, Joyce Griffin said she still hadn’t seen her son. In the absence of closure, his family laughed in between the tears with memories.

Cherie Griffin, Tommie Griffin’s sister, told stories about goofy things her brother did growing up and laughed so hard she doubled over.

“Oh my god, was he funny. He liked to joke. He always came up with funny ideas,” she said. “He was the baby of the family, and he was such a character.”

While he didn’t have any children, Tommie Griffin was a natural around kids, family members said. The Griffin family is massive. Cherie Griffin said she, Tommie and their sister, Marjean Neal, are three of 34 grandchildren. There are too many nieces, nephews and cousins to count.

There are a few kids, children of girlfriends and family members, who saw Tommie Griffin as a father figure. Neal said one child of an ex-girlfriend was like a daughter to him.

“He raised her like a daughter. You should have seen him around her,” Neal said. “He lit up. There was nothing like it.”

When Tommie Griffin was born, he was diagnosed with spinal meningitis, and was expected to die, his mother said. Despite this, he became a star athlete.

He ran track, took gymnastics and played football, basketball and baseball at Madison Heights and Anderson high schools. He went on to play semi-pro football in Florida, Kentucky and Georgia, she said.

The athlete’s speed added to a nickname he earned growing up, “Bullet,” for the shape of his head. The nickname now has another meaning, Neal said.

“We called him Bullet. His head was shaped like a bullet, he was fast as a bullet,” she said. “And now, a bullet took my brother.”

• Anyone with information about the shooting is encouraged to call Anderson Police Department Detective Jake Brooks at 765-648-6655.

• Tommie Griffin’s family is taking donations in hopes to establish a scholarship at Anderson High School for a student athlete. To donate, call Joyce Griffin at 336-324-2722 or email jgriffinf@gmail.com.