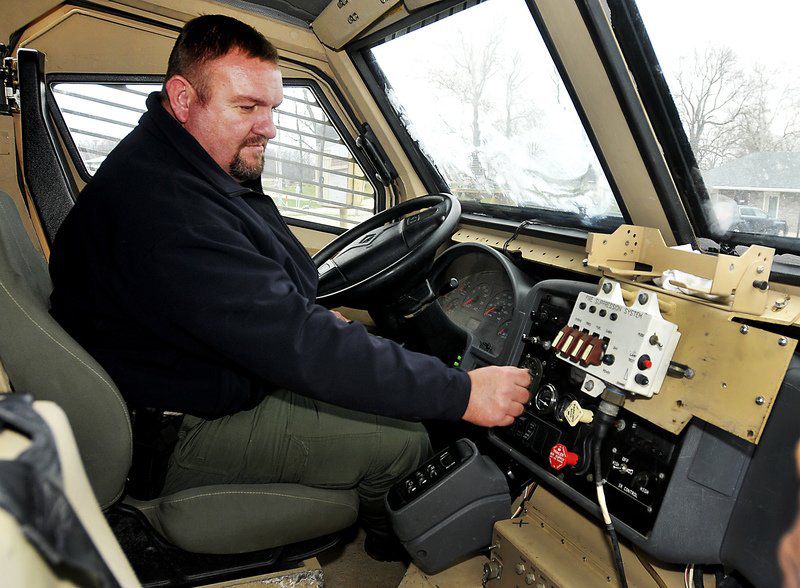 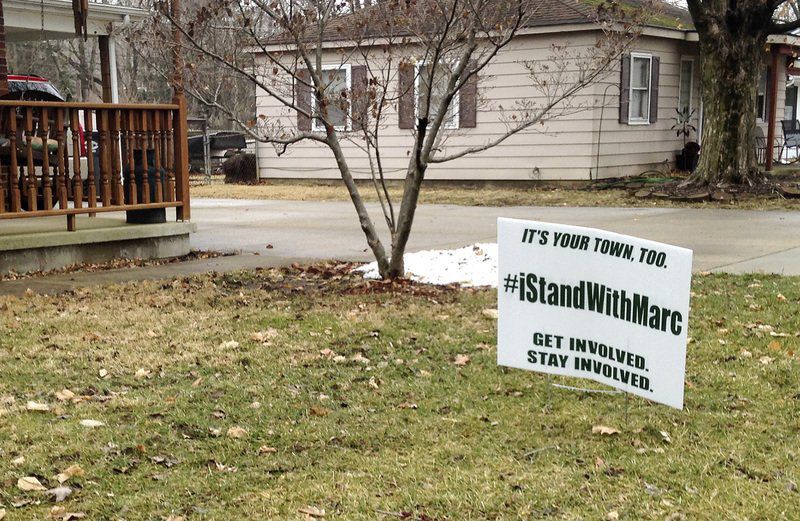 In this February 2019 file photo, yard signs like this one in the 200 bock of John Street sprouted up all over Pendleton as residents rallied in support of Marc Farrer as police chief.

In this February 2019 file photo, yard signs like this one in the 200 bock of John Street sprouted up all over Pendleton as residents rallied in support of Marc Farrer as police chief.

Farrer was demoted to patrolman earlier this year following a controversy about what some considered a discriminatory Facebook post regarding Muslims.

Farrer was not on the agenda, but Council member Shane Davis made a motion during the public comments at the end of the nearly three-hour monthly meeting to have him reinstated.

“We need to reinstill that sense we are out for their safety,” Davis said. “I feel that we need in this town to put things back in the direction we need to go.”

Voting against the reinstatement were council President Jessica Smith and Councilwoman Jessica Bastin.

Farrer was not in attendance at the meeting where about 50 residents crowded into the council chambers, many seeking to confront the town’s leaders about a variety of emotionally charged issues. However, his girlfriend, Sammi Thatcher, a regular at the town council meetings, said she was fairly certain he was watching the meeting online.

“He deserves this,” she said after bursting into tears of joy following the vote.

He was demoted after a Facebook post he made in 2018 resurfaced earlier this year. The image was of a tree sapling under the label "Islam" being watered by a man with a hangman's noose around his neck under the label "liberals."

Immediately following the vote, Smith adjourned the meeting, though some residents appeared to have more to say. She throughout the meeting cut speakers short, which some interpreted as her attempt to shut down speech of which she did not approve.

Though he voted in favor of reinstating Farrer and stressed that he had voted against terminating his contract earlier this year, Councilman Robert Jones urged his colleagues to table the motion because the issue was not on the agenda. He said it was unfair to vote on something about which 4,000 residents weren’t aware in advance.

“I think we should be careful what we do and put it on the agenda for next month,” he said to boos from the audience.

“You didn’t consider those 4,000 when you fired him,” an audience member shouted back to applause from the audience.

A hasty vote on the reinstatement also would be unfair to Randy Sidwell, who was named interim chief in March, Jones said.

Prior to the vote to reinstate Marc Farrer as police chief in Pendleton, resident Lisa Floyd confronted the Town Council about its failure to interview candidates to replace him.

She questioned where the vacancy was posted, how many applications had been received, why an executive session that had been canceled because of the Memorial Day tornado was not rescheduled, when did the council plan to reschedule that meeting and when did they expect to have a permanent chief.

Council President Jessica Smith said she was unable to supply answers to any of those questions.