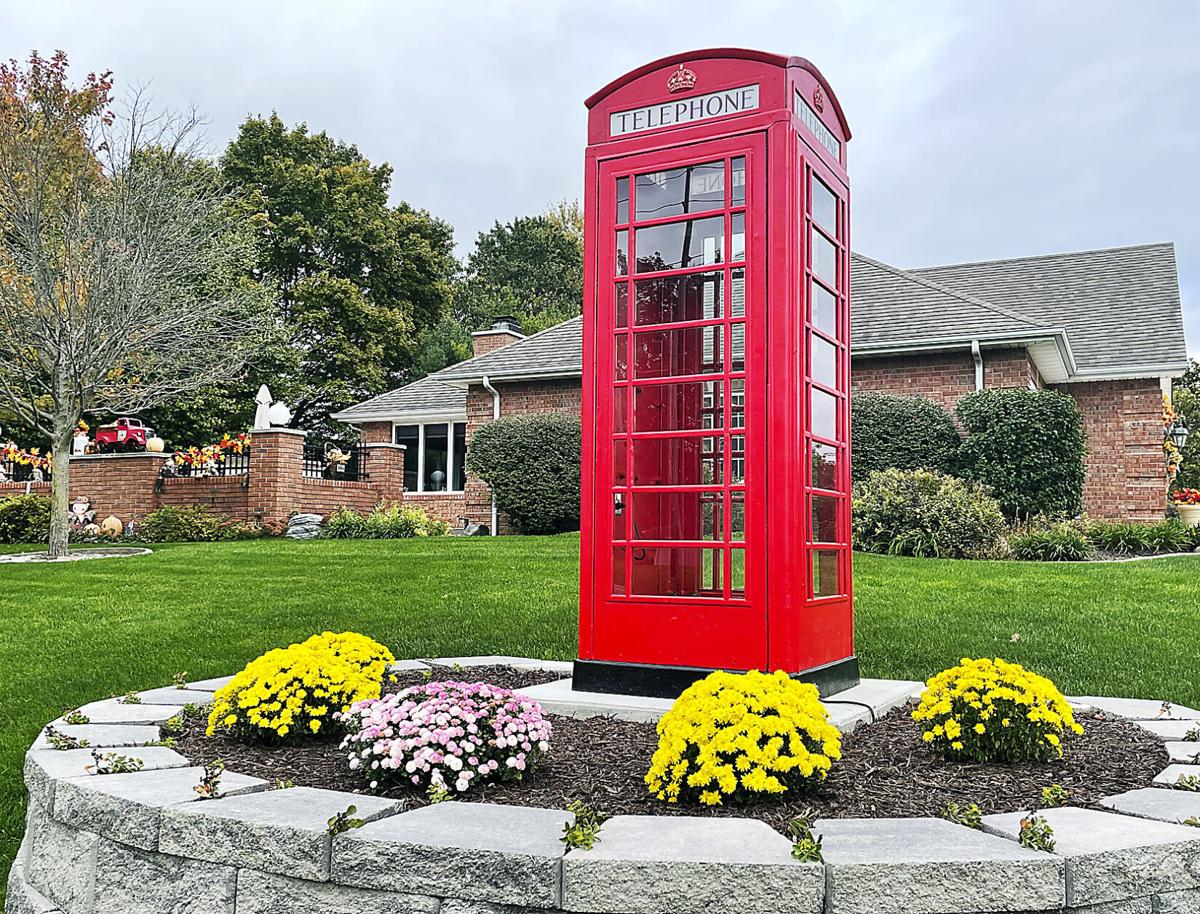 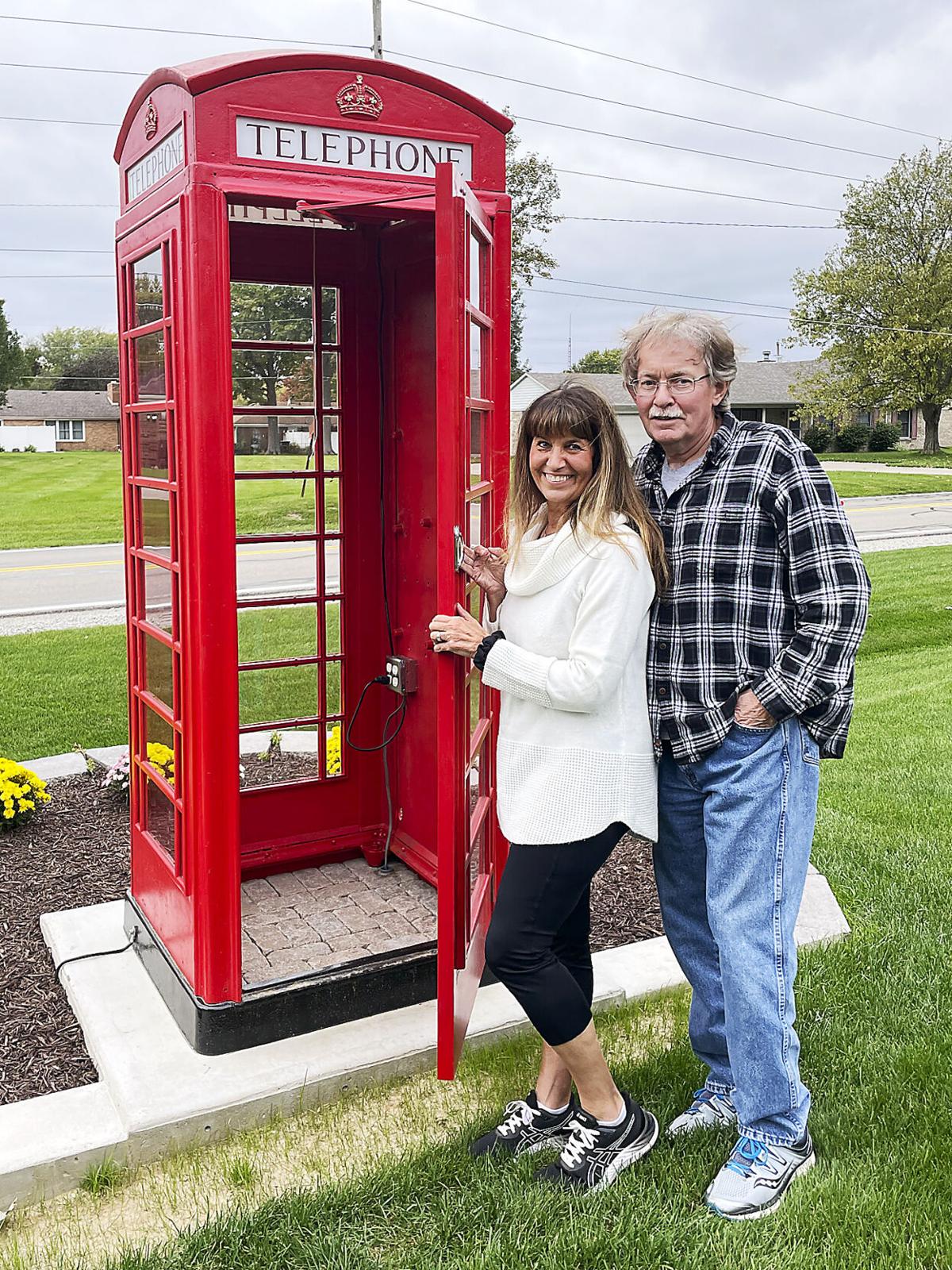 Darlene and Colin Robinson with their British phone booth in their front yard.

Darlene and Colin Robinson with their British phone booth in their front yard.

ANDERSON — Driving down South Rangeline Road, it’s hard to miss the giant, bright red telephone booth. The yard candy looks like it came directly from the United Kingdom — because it did.

Darlene and Colin Robinson built their current home in 2004. The two met in high school and have been married almost 50 years.

While Darlene is an Anderson native, Colin immigrated with his family from England when he was 7. He credits his English heritage and a dead tree for Anderson’s newest landmark.

“My mom always had a collection of a few English phone booths around her house, and I had a tree planted there that died a few years ago,” he said.

Colin explained that his cousin in England owns a shipping business, and he helped him get an 1,800-pound restored telephone booth across the pond to the United States.

Darlene credited the telephone booth addition to her sister.

“The reason I put the phone booth in is I’m trying to keep up with my sister,” she said. “She’s got all kinds of stuff in her yard. She’s real artsy.”

After doing extensive research, they figured out that their particular telephone booth was made sometime from 1939 to 1953. It has bolts for a phone and money box — a feature that didn’t appear in booths until 1939. The style of the crown also dates the phone booth: theirs has a Tudor crown, which was replaced by a St. Edward’s crown in 1953.

The Robinsons’ booth is a K6 (kiosk sixth generation), the most common model, designed by Sir Giles Gilbert Scott. It was manufactured in Scotland but placed in England. It features a cast iron frame, teak wood door and a Sir John Soan-inspired domed roof in the classic bright red color for easy visibility. The box doesn’t have a phone, but it does have electricity to light up whatever they put inside.

Darlene and Colin currently have a small disco ball installed in the box that lights up almost every night. They plan to put a Christmas tree inside, then eventually a chandelier.

The telephone booth was installed this past summer. Colin worked on it every day, digging up piles of dirt and adding a concrete slab for the base.

“It sat in my garage for a couple years, and then I hired Johnson Crane Service,” Colin explained. “He parked his truck out there in the street, picked [the booth] up in my driveway and went over the top of the tree with it.”

They added that it was a peculiar experience to see a flying telephone booth.

Darlene documented the entire process with numerous pictures and videos posted to Facebook.

“I had a daily update, and we have gotten so many people following it. So, when it came to the crane lifting it up, I videotaped that.”

The telephone booth cost around $5,266 to buy and ship, a small price to pay for an important piece of history and heritage for the Robinsons.

“We have this forever,” Darlene began. “Our other family members get their boats and RVs ... ”

“And we get our phone,” Colin added.

When not working on projects like the telephone booth, the two restore and rent out houses. They enjoy spending time with their grandchildren and family and “traveling on YouTube” with backpacking and travel videos.

To the Robinsons, their restored K6 telephone booth is both a unique piece of yard art and an ode to Colin’s heritage and family.

“I guess in the end, you could say it’s just yard art,” Colin said. “It’d be cool if my mom and dad could see that. If they could have seen that, they would’ve been thrilled.”