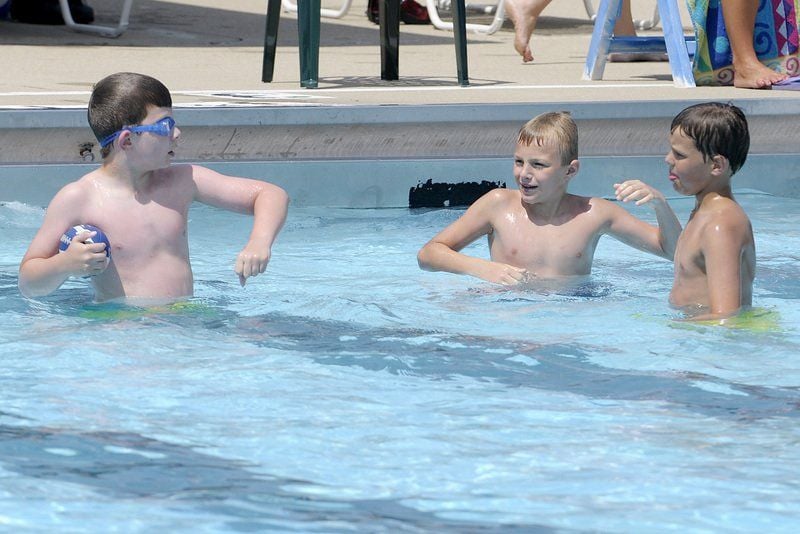 From left, Jackson Childers, Kyle Purdy and Justin Beeler play football at Brown pool in Pendleton last June. The Pendleton Park Board is considering not opening the pool this year. 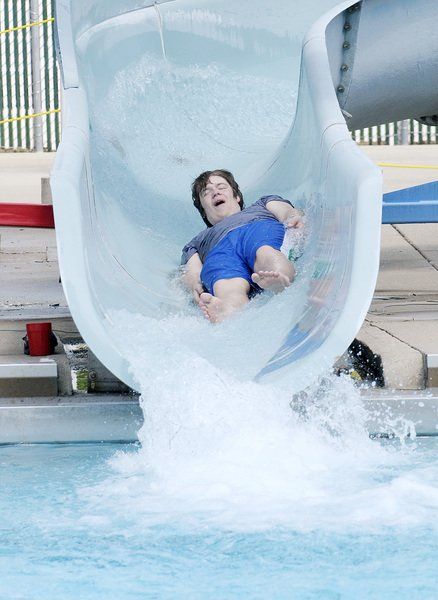 From left, Jackson Childers, Kyle Purdy and Justin Beeler play football at Brown pool in Pendleton last June. The Pendleton Park Board is considering not opening the pool this year.

PENDLETON — Whether the Alvin Brown Memorial pool will open this year in Pendleton could be decided at the Pendleton Park Board meeting on Wednesday.

Board President Jack Wilson said revenue from the pool has dropped dramatically in the past few years as weather and earlier start dates for school have had a negative effect on attendance.

He said over the past few years, there has been a big drop in tax revenue and money generated from the pool. Pool attendance in the past three years has dropped by 45 percent, according to Wilson, from 313 people per day in 2011 to 171 per day this past summer.

In part because of the declining attendance, the cost of operating the pool has exceeded the total pool revenue by $146,000 over the past three years.

"We find ourselves faced with an increasingly tighter operating budget, an aging pool, and a decreasing source of revenue to support the pool operational expenses," Wilson said.

The park board is seeking input from the public at its meeting Wednesday. Board member Steve Wills said it wasn't for sure that a decision on the pool's fate will be made at that time, but it will be discussed.

One of the ideas to increase revenue was to add an ordinance allowing alcohol in Falls Park for special events. Wilson said the ordinance wouldn't have allowed alcohol in the park on a daily basis, but only for large, special events, in hopes that the park might be able to bring in more revenue that way.

That hope was dashed Thursday night when the Pendleton Town Council voted against the ordinance. Council President Robert Jones said he hopes the pool can stay open but realizes the operating margins are getting smaller and smaller.

"As a town, it would be great to keep the pool open," Jones said. "But the question becomes, how do you get the money you need to keep it running?"

That is the same question members of the park board are asking. No one wants to have to close the pool but unless some other revenue stream is discovered or obtained, it might be too expensive to deal with.

Wilson said he is open to any suggestions the public may have and hopes they attend Wednesday's meeting, which starts at  6 p.m. in the Conservation Building.

What do you think?In order to make public input easier, the Pendleton Parks Department has set up an online survey for people to leave comments and suggestions. It can be found at www.fallspark.org. The meeting on Wednesday will be at 6 p.m. in the Conservation Building.