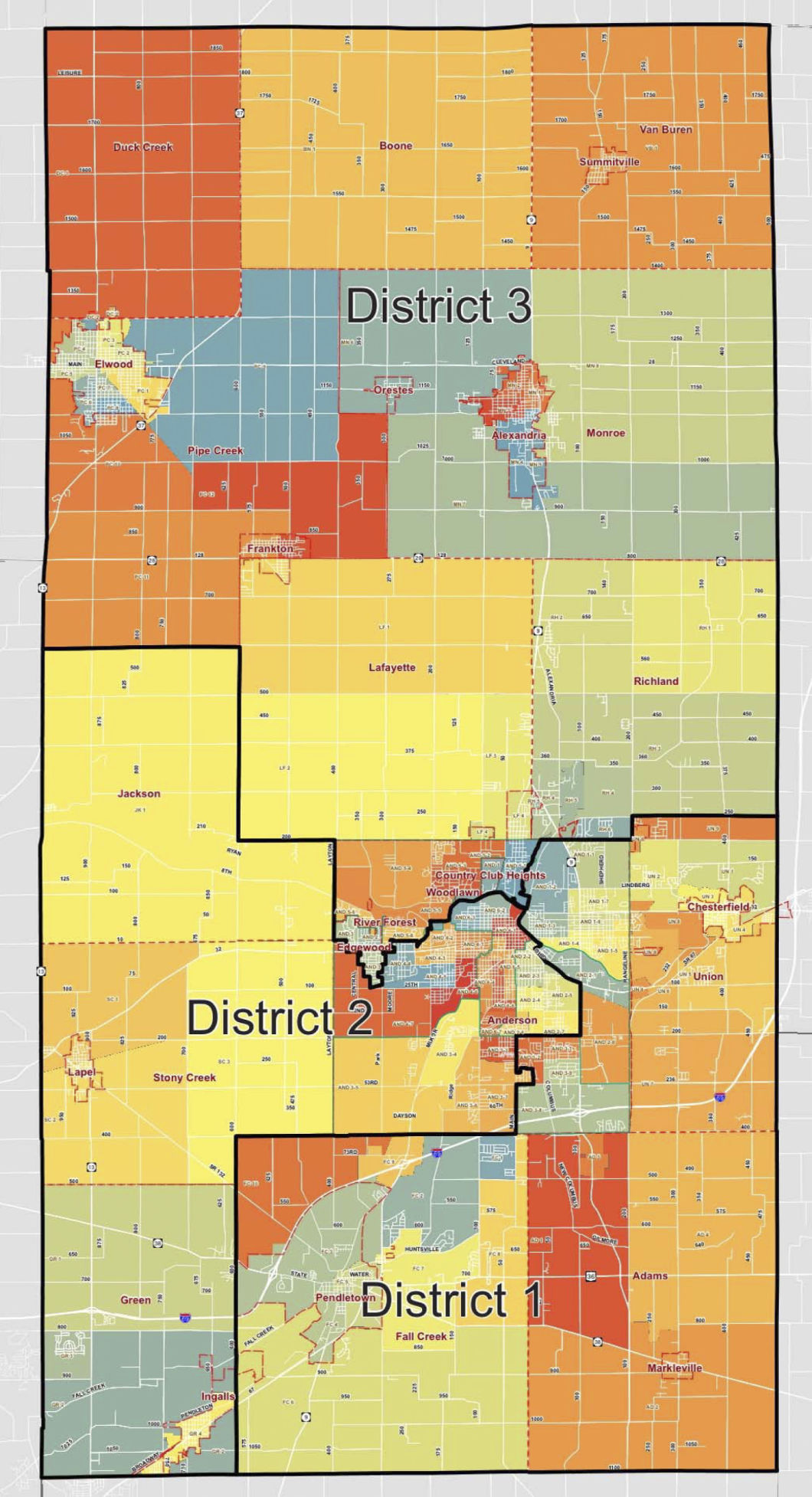 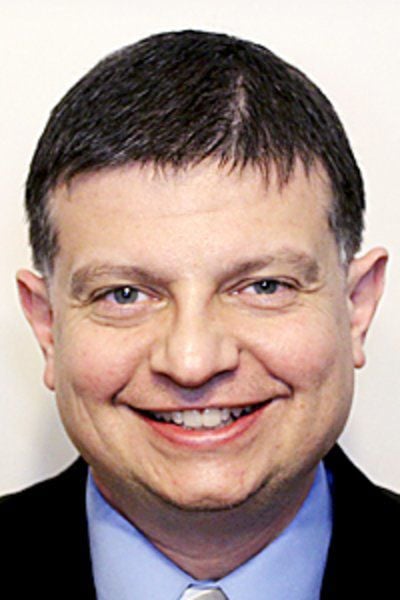 ANDERSON — A map of proposed new district lines for election of the three members of the Madison County Board of Commissioners is available for public inspection.

Commissioner Mike Phipps proposed changing the boundaries based on population in July.

Phipps said the map will be available for public review at the commissioners’ office on the first floor of the Madison County Government Center and on the county’s website. It will also be made available to any library in the county that wishes to display the proposed changes.

Phipps said the commissioners could vote to approve the new district lines as early as the Oct. 14 meeting.

“There’s a fair chance it could be happening,” he said. “It was first introduced in July and there has been no change in the proposal.”

Phipps said there have been public comments pertaining to the new districts at several meetings of the Madison County Board of Commissioners.

“I think it’s wrong,” Ludy Watkins, chairman of the Madison County Democratic Party, said of the intention to change the district lines.

“It doesn’t have to be done by population, it’s done by territory,” she said. “It could have three commissioners from Anderson Township. That is not representing the people of the county.”

Watkins said that although Phipps said there have been few commissioners from Anderson Township, there is still the possibility of the three coming from one township.

Russ Willis, chairman of the Madison County Republican Party, was not available for comment.

King said the district lines for county elective offices are a local decision.

The commissioners last month passed the first of two required readings of an ordinance to establish the three districts based on population.

Attorney Jonathan Hughes said the proposed new map would be based on population figures and not split a census tract.

He said the map proposed by MS Consultants has the three districts aligned with a population within 1% of one another.

The commissioners would have to reside in one of the three districts and be elected countywide.

As proposed, the new map would have Anderson Township in all three districts.

“I’m not concerned,” Phipps said when asked about the possibility of all three commissioners residing in Anderson Township.

“It’s a remote possibility,” he said in noting over the past 40 years, very few commissioners have resided in Anderson Township.

If approved by the commissioners, the map will be forwarded to the Madison County Clerk’s Office within 30 days.

Indiana state statute doesn’t require commissioner districts to be based on population.

As proposed, the new commissioner districts would have the following alignment:

• District 1 (presently the South District) would be comprised of all of Adams, Fall and Union townships and Anderson Ward 1, Ward 2 precincts 1 and 8 and Ward 3 precincts 1, 2, 8 and 9.

• District 3 (presently the North District) would be comprised of all of Boone, Duck Creek, Lafayette, Monroe, Pipe Creek, Richland and Van Buren townships; Anderson Township precincts 1, 2 and 3; and all precincts of Anderson Ward 5.