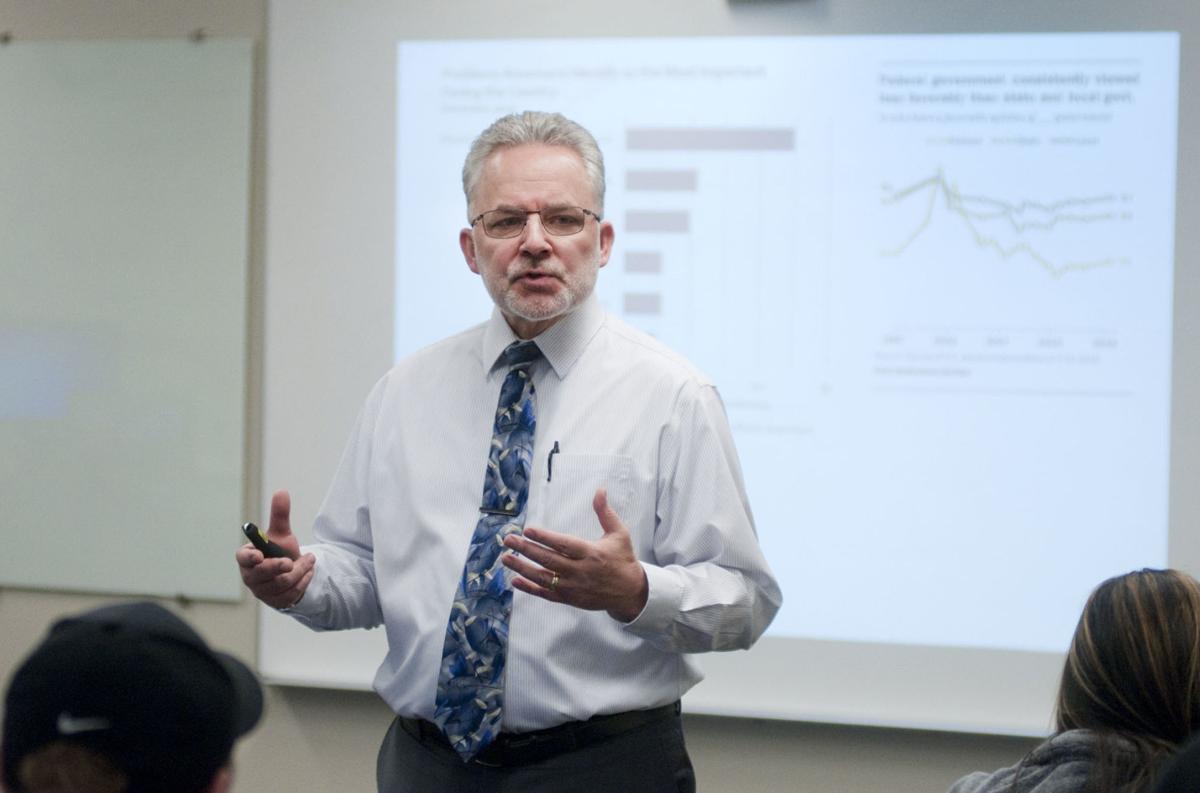 AU professor Michael Frank says, “I want them (students) to look at things more critically than in a partisan fashion. I want them to confront what they see and think about it. “ 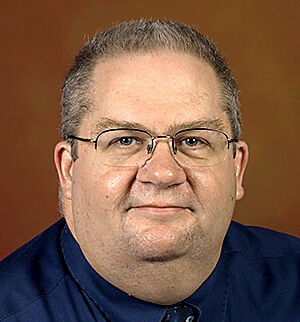 AU professor Michael Frank says, “I want them (students) to look at things more critically than in a partisan fashion. I want them to confront what they see and think about it. “

ANDERSON — Tuesday night’s presidential debate between Donald Trump and Joe Biden may have devolved into what one commentator called “a hot mess inside a dumpster fire inside a train wreck,” but it likely changed or made up the minds of few, if any, prospective voters, according to local political science professors who watched the fireworks.

Squaring off in the midst of a pandemic, with absentee voting already underway in some states, Trump and Biden sparred over issues including health care, the integrity of the election and Trump’s recent nomination of Judge Amy Coney Barrett to the Supreme Court. But the night was punctuated by a flurry of harsh insults and cross talk that left moderator Chris Wallace struggling to maintain order.

“(Wallace) was living the life of every college professor that ever had a class discussion fly off the rails,” said Charles Taylor, an associate professor of political science and managing director of the Bowen Center for Public Affairs at Ball State University. “I kind of felt for him. That was a rough night for him, I think, given what he was dealing with.”

With an electorate arguably more polarized than at any time in recent memory, it was hard to imagine many truly undecided voters tuning in, according to Michael Frank, a political science professor at Anderson University.

“In 2016, I think there were more people who were unsure at this point of who they would be voting for,” Frank said. “This year, I think that it’s pretty well baked in that … there are very few persuadable voters.”

According to early Nielsen ratings, many Americans chose to spare themselves from watching the spectacle. A total of 29 million people watched the debate on NBC, ABC, CBS and Fox, the service reported. That’s a 35% drop from the first debate between Trump and Hillary Clinton in 2016, which drew a record 45 million viewers. Those numbers, some argue, reinforce how polarized our politics have become.

“The fact is that most who view the debates are doing so largely to cheer for their candidate and look for validation that they have made the correct choice,” said Dom Caristi, a telecommunications director at Ball State University. “In theory, these debates ought to help voters decide, but in reality, they only serve to reinforce the attitudes that people already have.”

Even so, Frank said, Tuesday’s debate — and the two remaining presidential meetings as well as a vice presidential debate in October — still provide compelling opportunities for voters to study the candidates and their platforms.

“(The debates are) the one time during an election where you get to see the candidates in the same environment addressing the same things at the same time,” Frank said. “You’ve got campaign ads, you’ve got rallies, you’ve got political events, you’ve got speeches, you’ve got all this other stuff. What you don’t see except during the debates is that ability to compare side by side.”