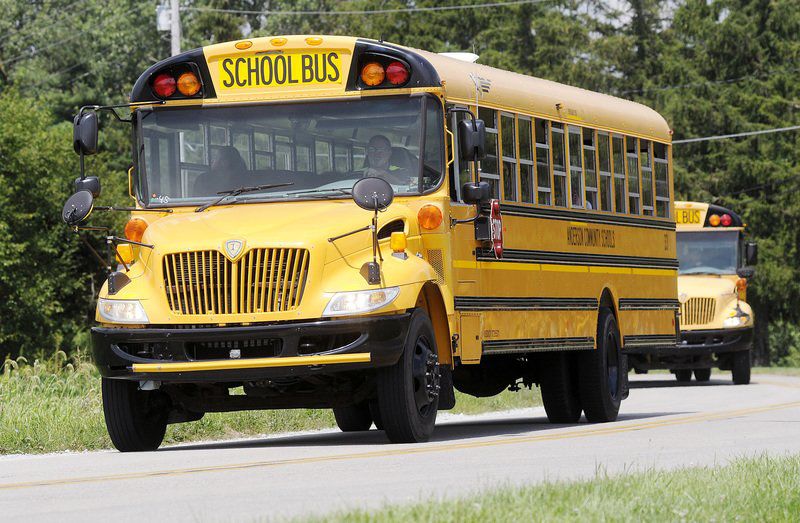 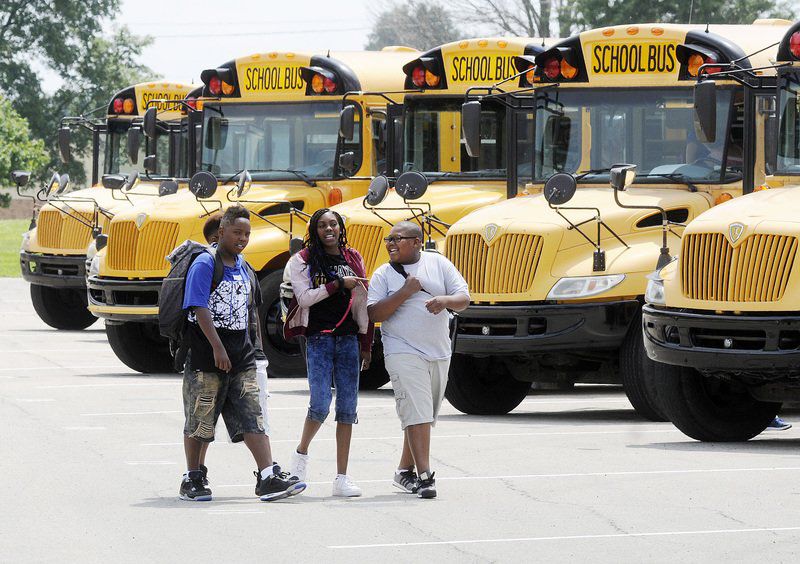 Don Knight | The Herald BulletinHighland Middle School students go to their buses after the first day of classes on Wednesday. 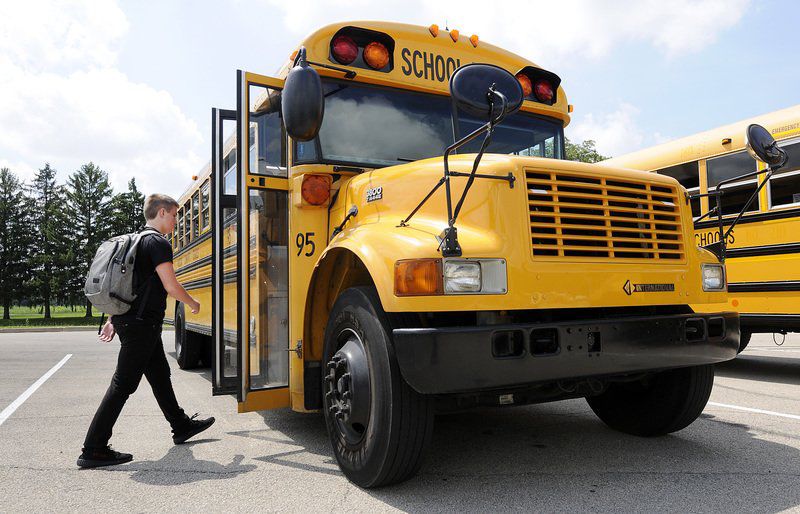 Don Knight | The Herald BulletinSchool buses wait in the parking lot of Highland Middle School on Wednesday as students finish their first day of classes of the fall semester.

Don Knight | The Herald BulletinHighland Middle School students go to their buses after the first day of classes on Wednesday.

Don Knight | The Herald BulletinSchool buses wait in the parking lot of Highland Middle School on Wednesday as students finish their first day of classes of the fall semester.

"If you don't see a big yellow school bus, you were obviously distracted," she added.

The most serious problem isn't fender benders at intersections, though; it's the number of motorists who violate school bus stop-arm laws.

It happens every day.

His fear is completely justified based on the results of an annual safety survey released Friday by the National Association of State Directors of Pupil Transportation Services.

More than 104,000 school bus drivers participated in the one-day survey to report motorists who illegally passed their buses, said Diana Hollander, president of the transportation services association, in a statement.

"Those drivers reported that 77,972 vehicles passed their buses illegally on a single day during the 2016-17 school year," Hollander said. "Throughout a 180-day school year, these sample results point to more than 14 million violations among America’s motoring public."

More than 5,800 school bus drivers participated in this year's survey, which was conducted April 25. The results are frightening to say the least.

On that single day, drivers reported 2,280 instances where motorists drove past a stopped bus, according to the national association's report.

“We know that students are far safer in school buses, but when they are outside the bus, they are more vulnerable to injury or death,” said Hollander.

“This survey captured only a fraction of the violations that bus drivers and traffic officers know all too well are occurring each and every day at an alarming rate throughout the United States.”

A driver who passes a stopped school bus illegally is endangering children and is subject to significant fines and possibly other penalties.

"Our focus is to get our children to school safely in the morning, and get them home safely at night," said driver Lynn Robinett.

Bus operators themselves appreciate the frustration of constant stops and starts when they have places to go, people to see.

"School bus drivers don't like getting caught behind a school bus," Beechboard said. "But if it was your kids on that bus you'd want them to be safe."

What are the school bus laws?

When approaching a school bus from any direction that is stopped with its flashing red lights activated and its stop arm extended, motorists are required to STOP, even on multiple lane highways.

Motorists who are on a highway that is divided by a barrier or unimproved median (i.e. a concrete or cable barrier, or a grass median) are required to stop only if they are traveling the same direction as the school bus.

If there is no unimproved median or barrier, then all lanes in all directions must stop.

Violation of this law is a Class A infraction and is punishable by a maximum fine of up to $10,000.