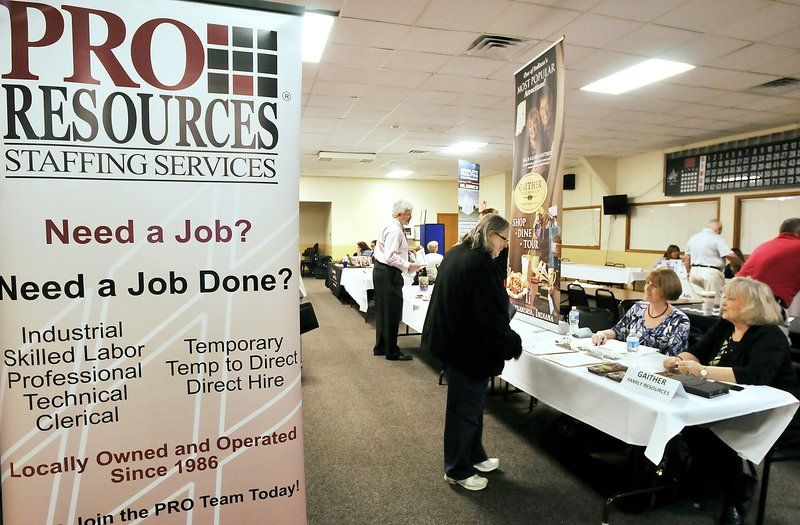 John P. Cleary | The Herald Bulletin More then 40 businesses to part in the first ever Northern Madison County Job Fair this past Tuesday held in Alexandria. 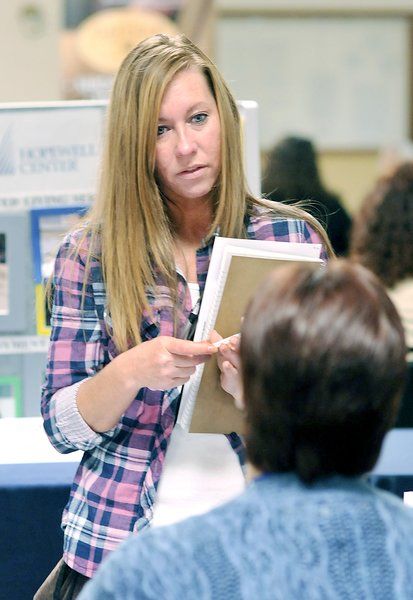 John P. Cleary | The Herald Bulletin-ALICE Lindsey Lilly, 29, of Elwood, takes advantage of the Northern Madison County job fair Tuesday to check out the more then 40 different businesses that participated in the event.

John P. Cleary | The Herald Bulletin More then 40 businesses to part in the first ever Northern Madison County Job Fair this past Tuesday held in Alexandria.

John P. Cleary | The Herald Bulletin-ALICE Lindsey Lilly, 29, of Elwood, takes advantage of the Northern Madison County job fair Tuesday to check out the more then 40 different businesses that participated in the event.

ALEXANDRIA — Everybody wants a job. It’s the reason people go to school, go to college and go to job fairs like the one in Alexandria Tuesday.

But a candidate can be the most qualified person in the world and miss out on a job opportunity with resume mistakes or a poor interview.

Those small issues is something instructors at Harrison College and other technical schools are trying to fix in addition to giving students the knowledge they need through classes.

Charlene Stacy, campus president of Harrison College in Anderson, said they have started holding workshops to help people with their resumes and interviewing skills.

“We see that as something very important for our students,” Stacy said. “If there’s even one mistake on your resume, a typo or something like that, employers put you in a different category.”

The other aspect of the interview, something that Stacy thinks is especially important at job fairs, is the ability to be personable and friendly. Mock interviews have become a big part of Harrison’s program in getting students, and even people from the community, ready for real interviews.

“We try to hold as many workshops as we can, and everyone can come to them,” Stacy said. “People need as much practice as they can get.”

Job fairs can be a great way for people to practice those interview skills as job seekers need to make an impression on several different employers in a relatively short amount of time. On the flip side, employers need to be able to distinguish who the best candidate might be after getting several applications. One of the problems employers run into is not a lack of candidates but a lack of candidates with the right skill set.

Linda Guise, manager of Kleenco’s human resources, said there seems to be a skills gap between the type of jobs available and the people looking for jobs.

“We do see that from time to time,” Guise said at Tuesday’s job fair. “Especially with our more management type jobs. We always have entry level positions available but its hard to find candidates for the other jobs. Especially locally.”

There is nationwide debate over whether the “skills gap” is a real issue or not. A story published in the Harvard Business Review showed about 39 percent of employers in America reported difficulty filling jobs due to what they described as a lack of available talent.

Some experts criticized the study, saying the skills gap debate is a myth and due more to employer whining then anything. Others said the study simply shows a lack of willingness on the part of employers to train employees.

Regardless of what side people come down on, it is clear there is some sort of gap, whether on the employee side or the employer side. And it is a problem that is present here in Madison County.

Stacy said the ultimate goal for her students is to get them a job. They need the skills to know what they’re doing but the small skills such as resume building are important as well.

“There’s a lot of little things that go into getting a job,” she said. “But we don’t want to ignore the big things as well.”