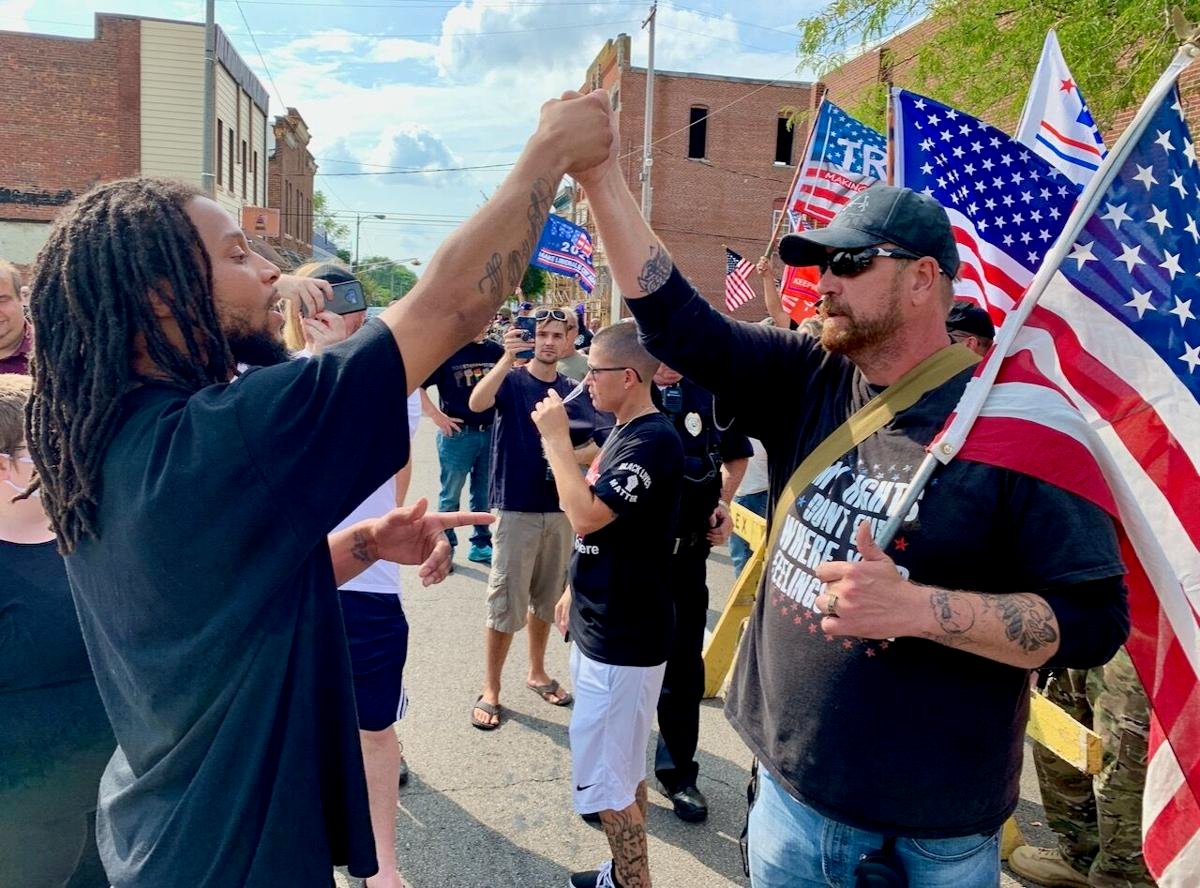 Terrell Brown, left, a member of It’s Up There, clasps hands with a protester during Saturday’s event in Alexandria. 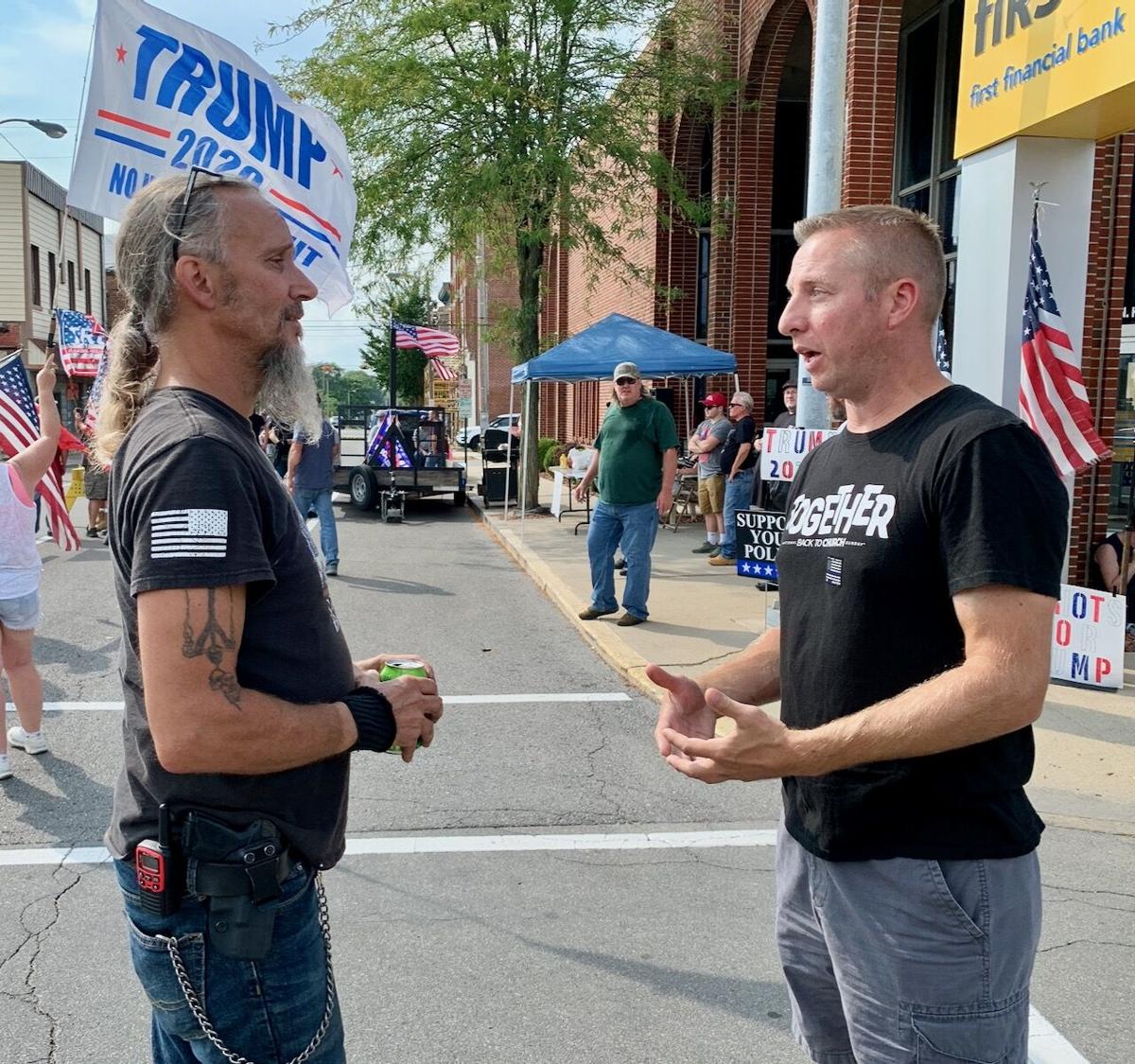 Alexandria resident Kevin Young, right, talks with a protester during Saturday’s event near the intersection of Harrison and Church streets in Alexandria.

Terrell Brown, left, a member of It’s Up There, clasps hands with a protester during Saturday’s event in Alexandria.

Alexandria resident Kevin Young, right, talks with a protester during Saturday’s event near the intersection of Harrison and Church streets in Alexandria.

ALEXANDRIA — A familiar scene unfolded Saturday in the center of town, where a group seeking continued awareness of social justice, police reform and issues of equality was met by a small crowd of protesters.

It’s Up There, a nonprofit organization based in Anderson, organized the event to provide information on voter registration and other resources to those in attendance. About 50 people were on hand to hear from speakers including Lindsay Brown and Stephany Mae Finney, who are running for seats on the Madison County Board of Commissioners and Madison County Council, respectively.

The group assembled at the south end of a clearing near the intersection of Harrison and Church streets to hear speeches and exchange ideas.

“Right now, in our current climate, I believe that that is Black lives and the LGBT community, so solidarity to me right now means uniting the working class and the races around a message of unity so that we stay safe, because the climate right now is very dangerous,” she added.

About 50 yards away, gathered behind barriers along Church Street, a group supporting President Donald Trump milled around while a speech from Trump at a July 4 rally blared from a loudspeaker. Occasional shouts of “Four more years!” punctuated the atmosphere.

“Our Constitution is under threat, not only for myself or patriotic Americans, but for that side, as well,” said one protester, who asked to be identified only by his first name, Kevin. “I stand for the Constitution, no matter who it is. I stand for all of our constitutional rights.”

It was the third time in seven weeks that Alexandria’s downtown was the scene of a rally. Two of the occasions have seen counterprotesters show up and engage demonstrators in sometimes loud debates on a variety of issues.

“We have two opposing groups that are both full of good people that are sincere about their feelings,” Alexandria Police Chief Terry Richwine said. “It’s our job to stand between them and keep peace, and that’s what we intend to do.”

Despite the occasional acrimony, however, members of both groups said there has been constructive dialogue on the issues over the past several weeks.

“There have been a few instances of that, and that’s wonderful,” Rhodes said. “I do love to have those conversations. I have wonderful conservative friends who I respect and who challenge me and allow me to grow. That’s what I hope can ultimately happen.”