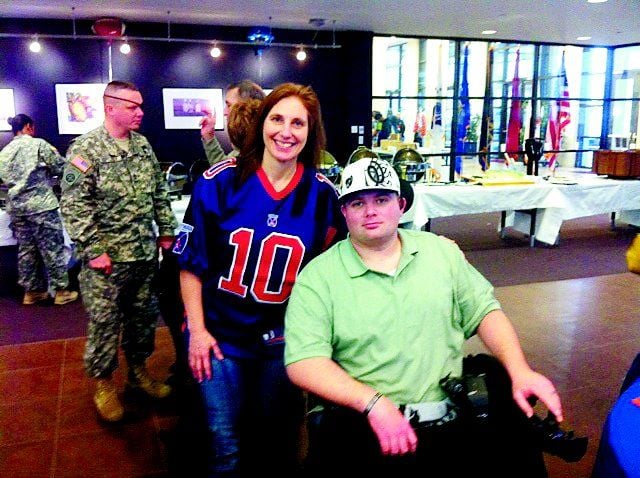 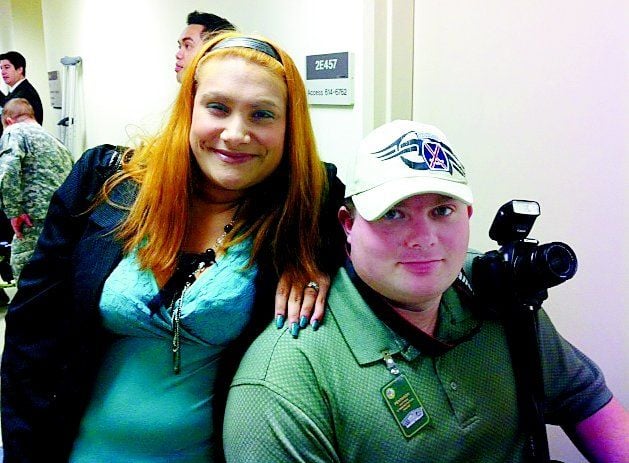 Tim Senkowski, shown here with his wife Erica at the Pentagon, returned to Anderson Tuesday evening. 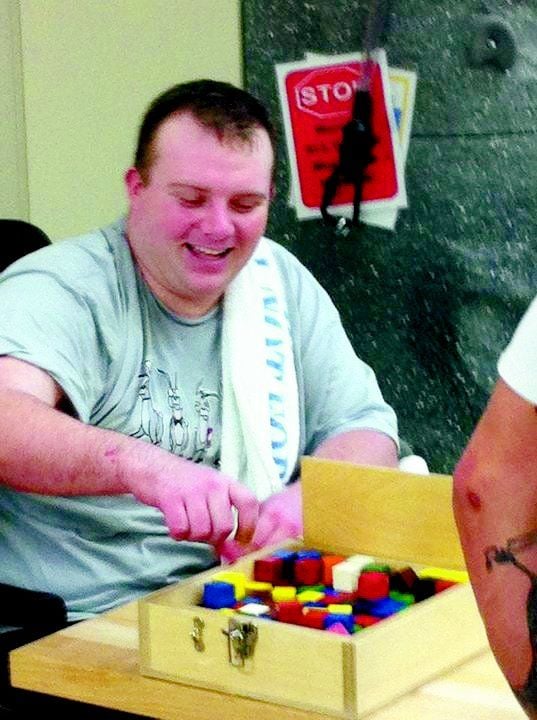 Tim Senkowski, shown here with his wife Erica at the Pentagon, returned to Anderson Tuesday evening.

Tim Senkowski said he’s doing “a lot better” now than he has the past couple months and is getting stronger.

But the Anderson soldier — who lost both of his legs and suffered severe injuries to his right arm and buttock in an improvised explosive device detonation in Afghanistan in October — said getting stronger comes with its pitfalls.

He’s getting bigger and has a hard time losing weight while confined to his wheelchair. Senkowski was more than 6 feet tall and weighed more than 300 pounds before the incident.

He is also working to overcome the effects of traumatic brain injury (TBI) and post-traumatic stress disorder (PTSD).

“My TBI is affecting me more,” he said. “Especially when I get anxious or excited, I tend to forget things fast and have a hard time talking to people, getting the words to come.”

Just getting out of the bed in the morning is a challenge, physically and emotionally.

“Every day I have to see the positives so I can get out of bed and get up,” Senkowski said. “I hurt every day. All the negatives that happened to, not just me, but my buddy. It’s hard. Every day I have to wake up to the realization that he’s no longer there. It sucks. It all hurts so much, and I don’t want to have to go through it anymore. But I do. And I know there are some positives.

“I have to put the hurtful feelings on the back burner so I can figure out a way to actually deal with them. Some days, though, they boil over, and you have to deal with them right then.”

On Oct. 13, another soldier — good friend Jeremiah Sancho, 23, of Palm Bay, Fla. — was a few feet ahead of Senkowski and stepped on the IED. Sancho was killed.

Throughout this experience, Senkowski said, he’s had opportunities to meet amazing people: other wounded warriors, soldiers, politicians, celebrities and athletes — and even President Barack Obama.

Senkowski and his mother, Tamra Rigdon, went to the White House a few weeks ago with a group of wounded warriors.

“It was a really neat experience,” Rigdon said. “They lined us all up to take a group picture, and the next thing you know the president walked in. He came up to each of us. Tim introduced himself and then said, ‘Oh, this is my mom.’ Everyone just laughed, and the president said, ‘You don’t have a name?’ I said, ‘I’m just mom.’”

Rigdon has been by her son’s side since he first arrived at Walter Reed Medical Center. As a licensed counselor and having come from a military family, Rigdon had already done a lot of therapy for soldiers and their families. But the experience with her son has given her even more perspective and insight. She said she’s also learned a lot about her family’s dedication and strength.

Rigdon said visits from family have helped lift her and Senkowski’s spirits at critical times. A recent visit from Senkowski’s wife, Erica, and Rigdon’s husband, JR Rigdon, was great, she said.

Rigdon said the best part was that Senkowski and his wife were able to go on a date alone. A non-profit organization that helps transport the soldiers and their loved ones took the two out.

Rigdon’s sister, Kim O’Keefe, and her family also came for a visit.

“Spending that time with my sister and nephew was both amazing and eye opening,” O’Keefe said. “Before I went there, I would hear her tell quick stories about their days, but it was so much more than she could even express to me.”

O’Keefe said Rigdon is the “strongest, most amazing woman I have ever met,” and added that the work Ridgon does to help take care of Senkowski is non-stop. She said watching Senkowski walk was an amazing experience, as well.

“I thought you just slipped them (the prosthetic legs) on, and off you went,” O’Keefe said. “Not even close. I watched Tim gingerly explain all that he was feeling and experiencing to my son and even got him laughing quite a few times.

“I was initially nervous about what it would be like for me to see Tim or the other soldiers at Walter Reed, but it was surprisingly normal. Just like any other gym with a few more interesting pieces of equipment.”

O’Keefe said it was life-changing to see Senkowski work so hard to recover from his injuries.

Senkowski misses his fellow soldiers and is anxious for their return in the coming weeks.

“When I see my buddies come home, my tension will be eased because I will know my brothers in arms are no longer in harm’s way,” he said. “They keep telling me they wish I was back there with them. So do I.”