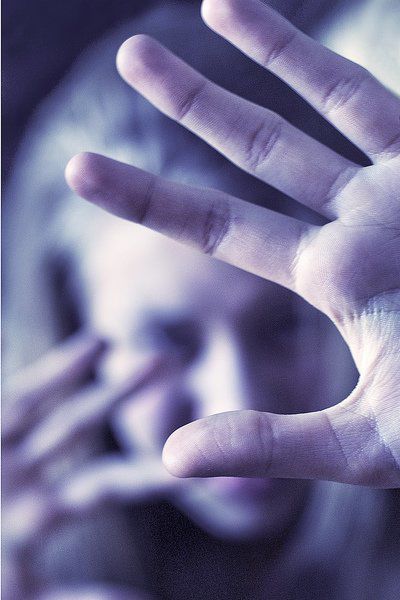 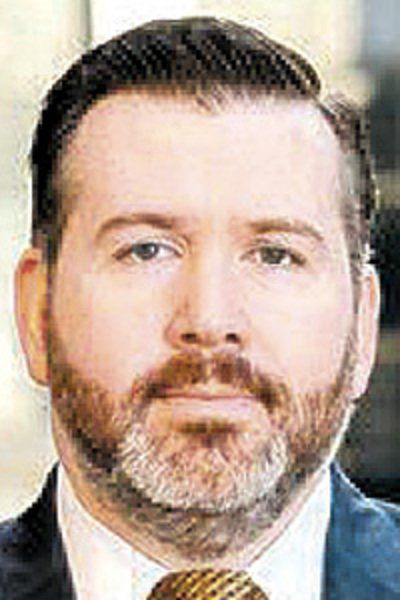 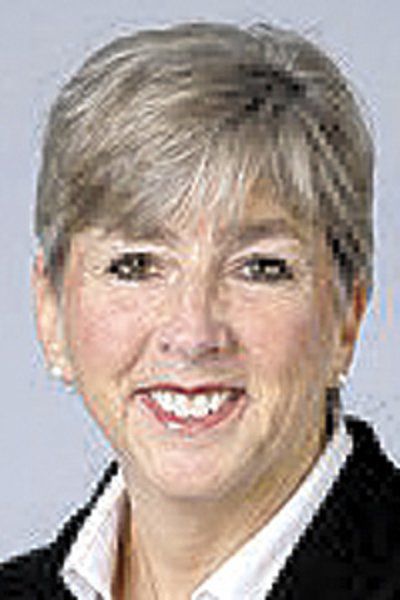 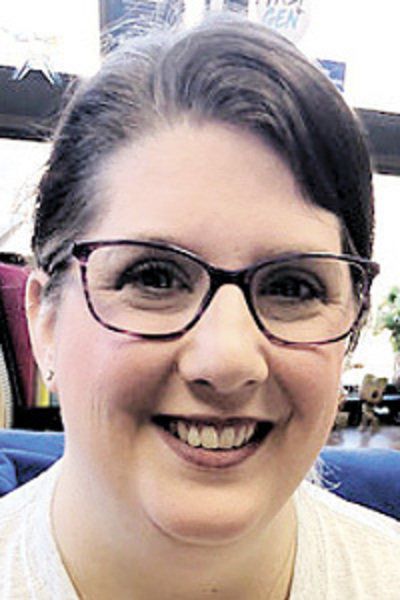 U.S. Secretary of Education Betsy DeVos has proposed "sweeping" new regulations, and a 60-day public comment period began Nov. 29, when the proposals were published in the Federal Register.

The Obama administration’s Title IX guidance, which had called for more-aggressive enforcement of the 1972 law mandating gender equity among colleges that accept federal money, put colleges and universities in a difficult position, said Keffer, a partner at Keffer and Barnhart LLP.

Based on the Obama-era guidance, universities had to "create rules and regulations to investigate and enforce possible violations of a Title IX conduct rule that could apply to any unwelcome sexual conduct involving anybody affiliated with the university, whether on or off campus," Keffer said. "That is a substantial mandate."

In his opinion, colleges and universities "were forced to become mini-criminal justice institutions," taking and investigating complaints and then issuing findings that could have major repercussions on the students involved, he said. He focused his comments on public institutions.

Colleges and universities have expertise in educating, not necessarily investigating, and they haven't had a lot of time to learn and practice this new role, he said. In addition, the breadth and scope of Obama-era guidance "made it is so difficult for universities that it's not surprising they were making everyone unhappy," both complainants and accused.

He agrees changes were needed. "Will these be the effective changes? I think time will tell. But they certainly are substantive changes," said Keffer, who has worked with clients involved in Title IX proceedings.

Under Obama era guidance, he cannot participate in the Title IX process — something that would change under DeVos' proposal, which would allow the right to cross-examine, subject to "rape shield" protections.

Regardless of what changes become final, "I don't think this is the end of the Title IX discussion," Keffer said. He anticipates a continuing, long-term discussion.

Among those following the proposed changes is Malynnda Johnson, a victim advocate at Indiana State University.

The changes would bolster the rights of students who are accused of sexual assault and reduce campus liability exposures, according to various media reports. They also would change the definition of sexual harassment and limit instances when schools would be required to investigate complaints.

"It is an incredibly important and incredibly complicated process that does need careful thought and consideration," said Johnson, also an ISU faculty member who emphasized her opinions are her own. "I do think universities are doing the absolute best they can to protect all parties involved, and I think some of the rhetoric that's been surrounding this from DeVos' side is that no one is looking out for the accused. I think that's incorrect."

According to Libby Roerig, university spokeswoman at Indiana State, both the complainant and the respondent are provided upfront with a comprehensive explanation of the policy, the process and the resources available to them.

It is not a confidential process, but it is a private one in which information is shared only with the parties directly involved. Both the complainant and the respondent are provided a support person, Roerig said.

Sexual misconduct is a violation of university policy, Roerig said, and employees are required to report possible violations.

No matter how objective that investigator tries to be, and no matter how good a job that person does, that individual's personal experiences does impact his/her perspective, she said. Johnson believes more than one person should be involved in the investigation, to lessen the impact of possible bias.

Johnson also believes DeVos may lack the credentials, knowledge and expertise in Title IX matters to put forward such changes.

While DeVos may have "a fantastic group of advisers ... I don't feel comfortable she is making these decisions with a full set of facts."

One concern she has relates to the new requirement that a final determination must occur at a live hearing and cross-examination must be allowed by each party's adviser (no personal confrontation is allowed). The complainant and respondent wouldn't have to be in the same room.

"One thing good about the system currently is that the person who is filing the report does not have to rehash that story to a panel of people," Johnson said. But if the victim/survivor had to retell her story, or come in contact with the accused, "All of those things can be incredibly traumatic," she said.

According to the Chronicle of Higher Education, some of the major changes are as follows:

• The changes call for the opportunity to cross-examine parties involved; the questioning would have to be done in a live hearing by a lawyer or other adviser, but the parties could be in separate rooms. There would be rape shield protections against asking about a complainant's sexual history. Also, "No personal confrontation" between complainant and the accused would be allowed, according to the U.S. DOE website.

• Colleges’ responsibilities to investigate would be limited to cases in which there are formal complaints and the alleged incidents happen on campus or within an educational program or activity.

• The definition of sexual harassment colleges are required to act on would be narrower. The new rules would define sexual harassment to include “unwelcome conduct on the basis of sex that is so severe, pervasive, and objectively offensive that it effectively denies a person equal access to the recipient’s education program or activity.” The Obama administration defined harassment as “unwelcome conduct of a sexual nature.”

• Colleges would have the option of using a higher standard of proof. Obama-era guidance told colleges to adopt a “preponderance of the evidence” standard, which means that it’s more likely than not that the misconduct had occurred. The new rules would allow colleges to apply either that minimal standard or the higher “clear and convincing evidence” threshold.

• Colleges would have more leeway to use mediation and other informal resolution procedures. Previous guidance had said that mediation — versus a formal investigation and adjudication process — was not appropriate in cases involving an alleged sexual assault.

Jennifer Drobac, faculty member in the IU McKinney School of Law in Indianapolis, said that one of the biggest and most controversial changes is the right to cross-examine the complainant. "That's really problematic," she said.

It could potentially be an attorney cross-examining the victim/survivor, who may not have a lawyer, she said.

"This is not a courtroom setting, it's at a school. The question is — what are the rules of discovery and evidence in a nonjudicial setting?" Drobac said.

What if the lawyer, on behalf of the accused, begins to ask about the complainant's sexual history? While there are rape shield protections, who will enforce it, she asks. "What if the complainant does not have a lawyer who can object?"

Drobac continued, "It's not clear to me how this right to cross-examination will be implemented."

The right to cross-examine, critics say, re-traumatizes the complainant, who already has shared details with the Title IX investigator. If the complainant has to repeat that story during cross-examination, "Inevitably, any good cross-examiner will try to revisit any inconsistencies," such as the day of the week or even the weather. Using that, they'll try to discredit the story, stating, "if she couldn't get facts straight ... how do we know she is telling truth about anything," Drobac said.

She's also critical of changes regarding what must be investigated; schools would only be required to investigate formal complaints of alleged incidents that happen on campus or within the school's own educational program or activity.

"A university may choose to investigate if it's less than a formal complaint, but is not obligated to do so," Drobac said. Not every victim/survivor wants to file a formal report, for a variety of reasons.

Drobac also takes issue with proposed changes to the definition of sexual harassment, although she doesn't like the existing definition, which prohibits unwelcome conduct of a sexual nature.

"What happens if a teacher constantly says girls are inept at math. That's not of a sexual nature." But it's not covered under prior, Obama-era guidance, she said.

The proposed definition defines harassment as unwelcome conduct on the basis of sex "that is so severe, pervasive and objectively offensive that it effectively denies a person equal access to the school's education program or activity." Drobac's response: "Oh my God. Could you set the bar any higher?"

The proposed changes would hold a school liable only when it is "deliberately indifferent" to known sexual harassment. In Drobac's opinion, the new standard " is so onerous that behavior that should be checked might not be."

Keffer believes the change in definition of sexual harassment is "probably the biggest change" being proposed and that the more limited scope could reduce the Title IX universities must deal with.

"The better approach would be that both parties are presumed truthful until the facts indicate otherwise," said Drobac, who teaches courses on sexual harassment law.

While some of the proposed changes are "understandable, I think some are extremely problematic," Drobac said.

Keffer said attorneys find it "particularly maddening" when they can't participate in the process during a hearing; currently, cross-examination is not allowed. While he can be there as an outside adviser for a client, "I can't chime in. I can't object . I can't point out deficiencies ... I can only advise my client so my client can raise those issues."

Currently, neither side can have an advocate or lawyer participating in the process.

"In many instances, these are kids right out of high school," Keffer said. They may become involved in a Title IX administrative process they have no knowledge about "and their entire college career could hang in the balance."

That aspect "smacked many people as unfair," he said.

For a summary of proposed Title IX changes, go to: