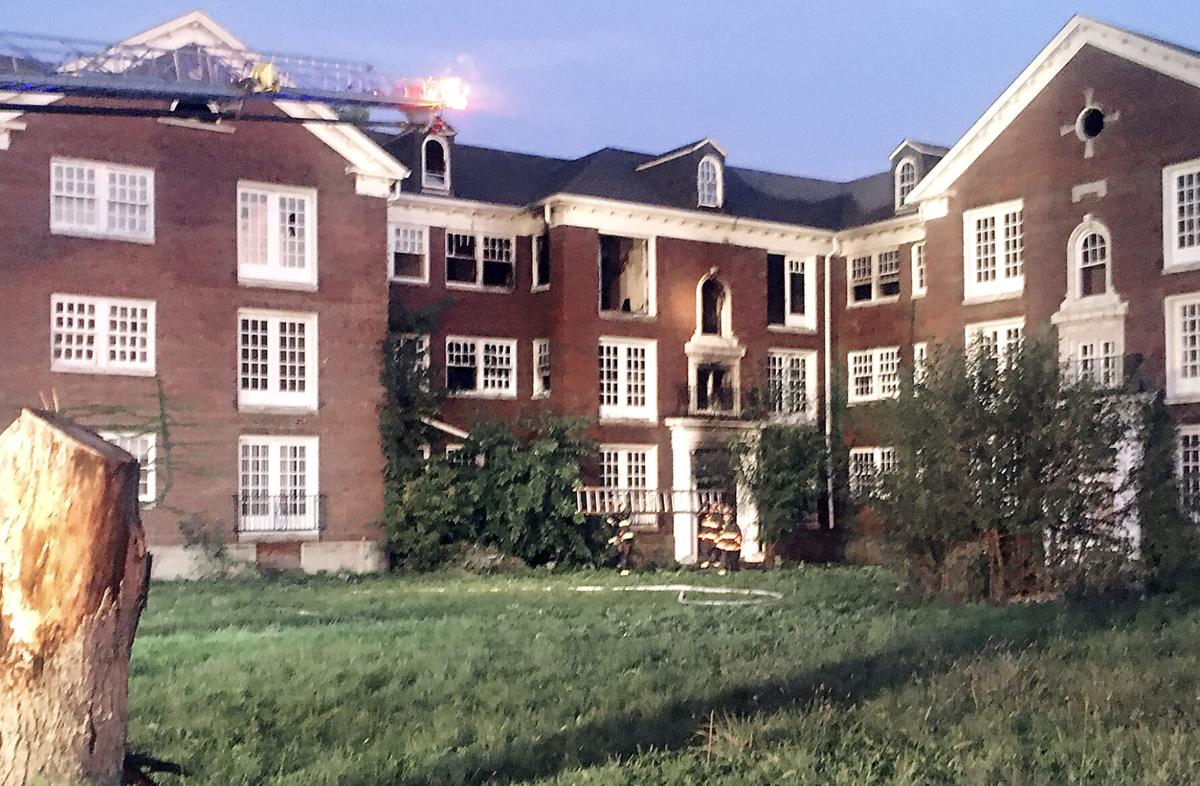 The west wing of Delaware Court Apartments downtown was substantially damaged in an early Thursday morning fire, according to Anderson Fire Chief Dave Cravens. While the building wasn’t technically occupied, a passer-by saw two men climb out of a ground floor window and walk away. 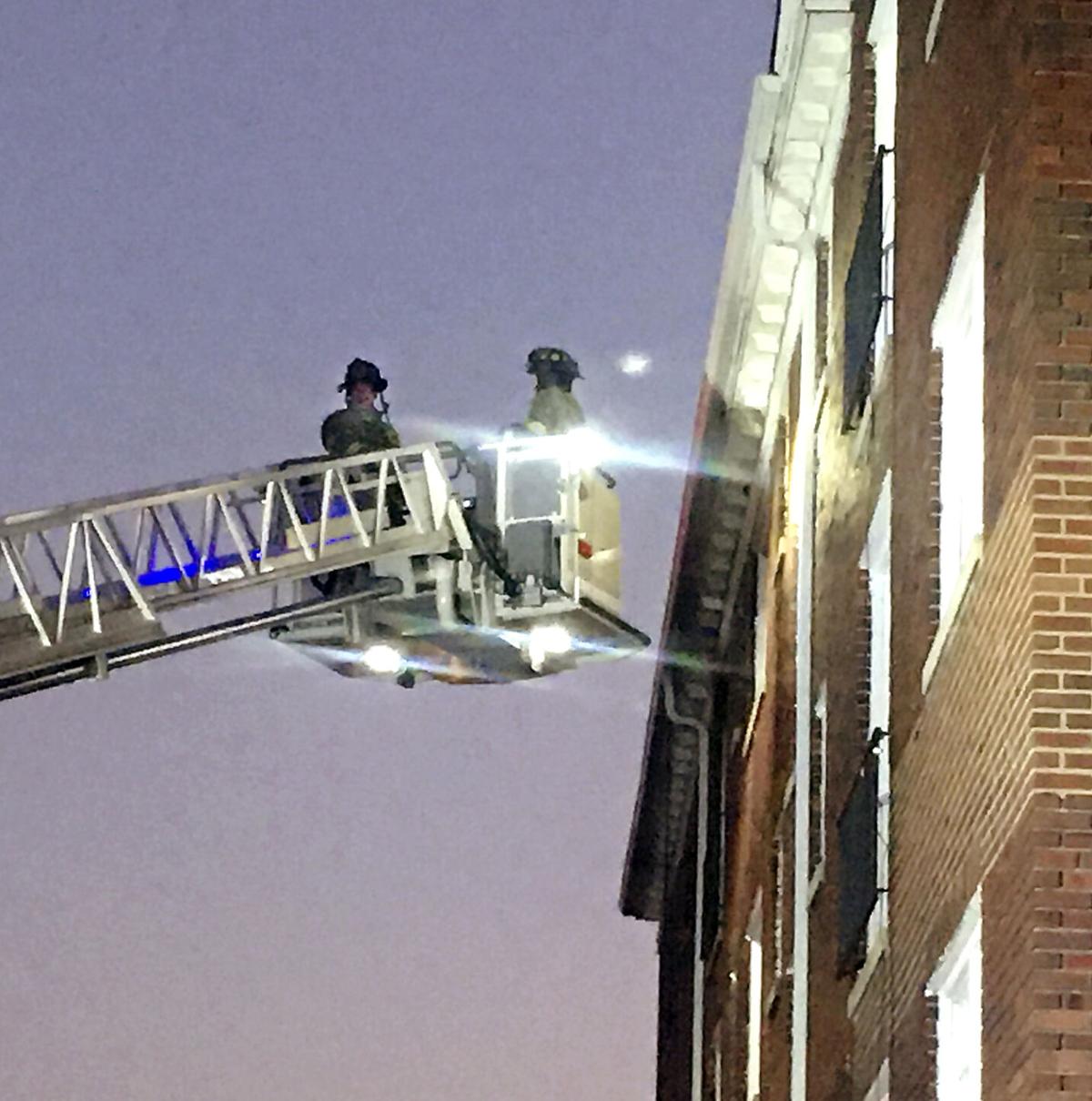 The west wing of Delaware Court Apartments downtown was substantially damaged in an early Thursday morning fire, according to Anderson Fire Chief Dave Cravens. While the building wasn’t technically occupied, a passer-by saw two men climb out of a ground floor window and walk away.

Chief Dave Cravens said a call was received about 5 a.m. about the apartment complex, on the northeast corner of 10th and Brown-Delaware streets.

The call was elevated to a general alarm because of flames showing on all three floors of the complex’s west wing, Cravens said.

“The firefighters did a great job of getting it out, and now we’re checking for hot spots,” he said at 7:15 a.m. “There was no one inside the building.”

John Miller said he was driving to work shortly after 5 a.m. and saw smoke and the glow from fire in the building.

Miller said he called 911 and stopped near the scene.

“I heard people yelling, banging on the windows and then glass breaking,” he said. “Two guys climbed out of the ground floor window.”

Miller said two men said no one else was in the building and walked away east along 10th Street.

Chief Cravens said the cause of the fire remains under investigation.

“The fire was contained to the one section,” he said. “That wing is pretty much gutted by fire.

“In a situation like this, you want to make sure there is enough manpower and water available,” Cravens added.

Several downtown streets were closed as a result of the fire, including Nichol Avenue, Brown-Delaware and 10th.

Triton Investments of Fort Wayne purchased the building in 2017.

The developers had planned to invest $1 million to renovate the building, which was constructed in 1926 and had 43 apartment units. The complex is currently for sale.

The Herald Bulletin will update this story.