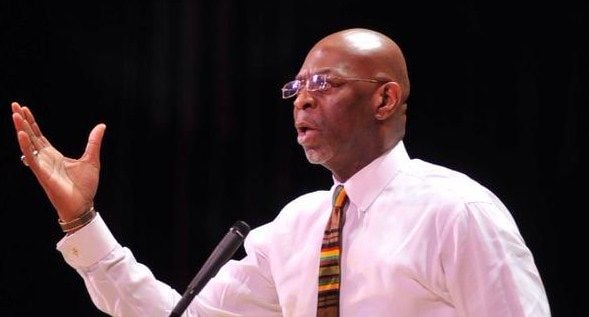 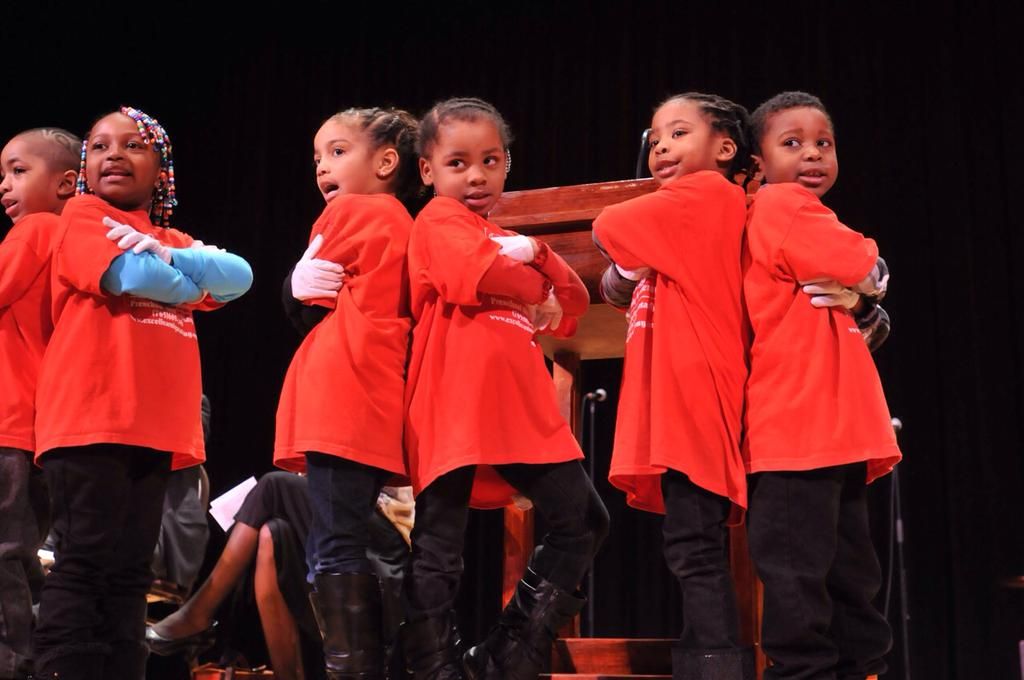 Students from the Excel Learning Academy perform at the City of Anderson's Martin Luther King Jr. Celebration Monday at the Paramount Theatre.

Students from the Excel Learning Academy perform at the City of Anderson's Martin Luther King Jr. Celebration Monday at the Paramount Theatre.

Wilkerson, an Anderson native and Madison Heights standout who went on to star for the undefeated 1976 IU Hoosiers' NCAA championship team, delivered the keynote address at the annual King celebration in downtown Anderson.

In his message, Wilkerson urged residents of Anderson to come together to help guide the future for children. He also suggested solutions to perceived problems in the African-American community.

Several hundred people were in attendance at the Paramount Theatre, including Gov. Mike Pence and Anderson Mayor Kevin Smith. They heard Wilkerson stress that changes start in the home. He said parents need to discipline and get control of their children by "any means necessary" so youth can lead successful lives.

Monday evening, The Herald Bulletin sought to contact Wilkerson for clarification of his comments, but the newspaper was unable to reach him.

The Rev. Floyd Edwards, a member of the City-Wide Celebration Committee, said he was unsure whether people in the audience understood what Wilkerson was trying to convey.

“It was not promoting abuse,” he said. “It was about showing and expecting respect from your children. The message was there are consequences to your actions, good and bad.”

Edwards said that when a child is disrespectful toward adults, parents should take something away to show the behavior was unacceptable.

“He was not advocating beating people,” Edwards said. “Bobby (Wilkerson) is a mentor to young people.”

The Rev. Benny Santiago, also a member of the celebration committee, said Wilkerson was not advocating the abuse of children, but was pointing out that discipline is needed in the home. Santiago said Wilkerson’s message was culturally sensitive and might not have been understood by everyone in the audience.

“He was talking about the old days,” he said. “It was about getting respect. Kids today don’t respect their parents. Parents have lost that respect and don’t know how to discipline their children.”

Santiago said there are consequences to actions both inside the home and in society.

Wilkerson said during his Monday speech that Dr. Martin Luther King Jr. was a great man and had a purpose in life to save people. Wilkerson said he experienced racism in Indiana and heard horror stories from his mother and brothers about growing up in Alabama.

Wilkerson said the African-American community needs the help of the entire community in Anderson to help enhance King's dream of achieving equal opportunities for everyone.

“We cannot change our community alone,” he said. “It’s time to stand up. Our community is struggling, and our focus should be on people.”

Wilkerson was critical of the leadership in Anderson’s African-American community and within the family structure.

“We have to stop being selfish and look at the whole picture,” he said. “We have leaders in the community, but the black males have to stand up and save our families. We can’t count on everyone else; as a black male we have to help.”

“The churches need to step up,” Wilkerson said. “Our kids are struggling, and it’s not the kids going to church.”

He said the doors to the churches have to be opened and that churches should teach the 3 R’s: respect, responsibility and restraint.

Wilkerson said the African-American community has to clean up its "own house" before asking for help.

“Stop doing drugs and killing each other,” he said. “We need to stop the cycle, and education is the answer.

“We need to come together as one,” Wilkerson said. “Don’t go to the federal government every time we have a problem in Anderson. There are programs in Anderson, and you can go to school for free.”

"Even today we feel the innumerable effects and gravity of his leadership as he continues to inspire our people," Pence said.

"Not only today, but every day we are grateful for Dr. King's service. We continue to hold him in our hearts and embody his strength and persistence for progress."