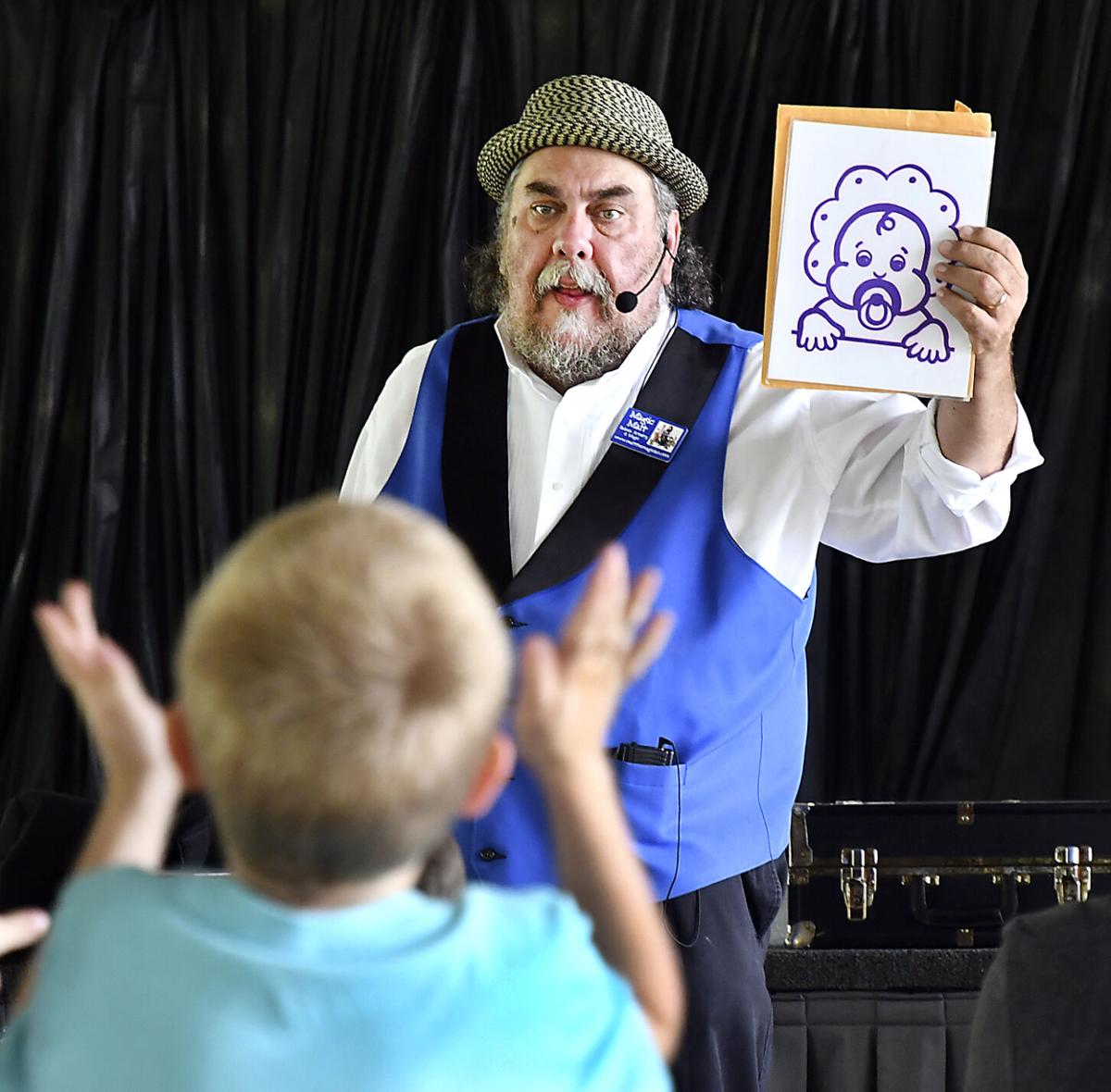 Magic Matt gets a reaction from the audience as he presents his Family Fun Show at the Madison County 4-H Fair Kiwanis stage Wednesday afternoon. 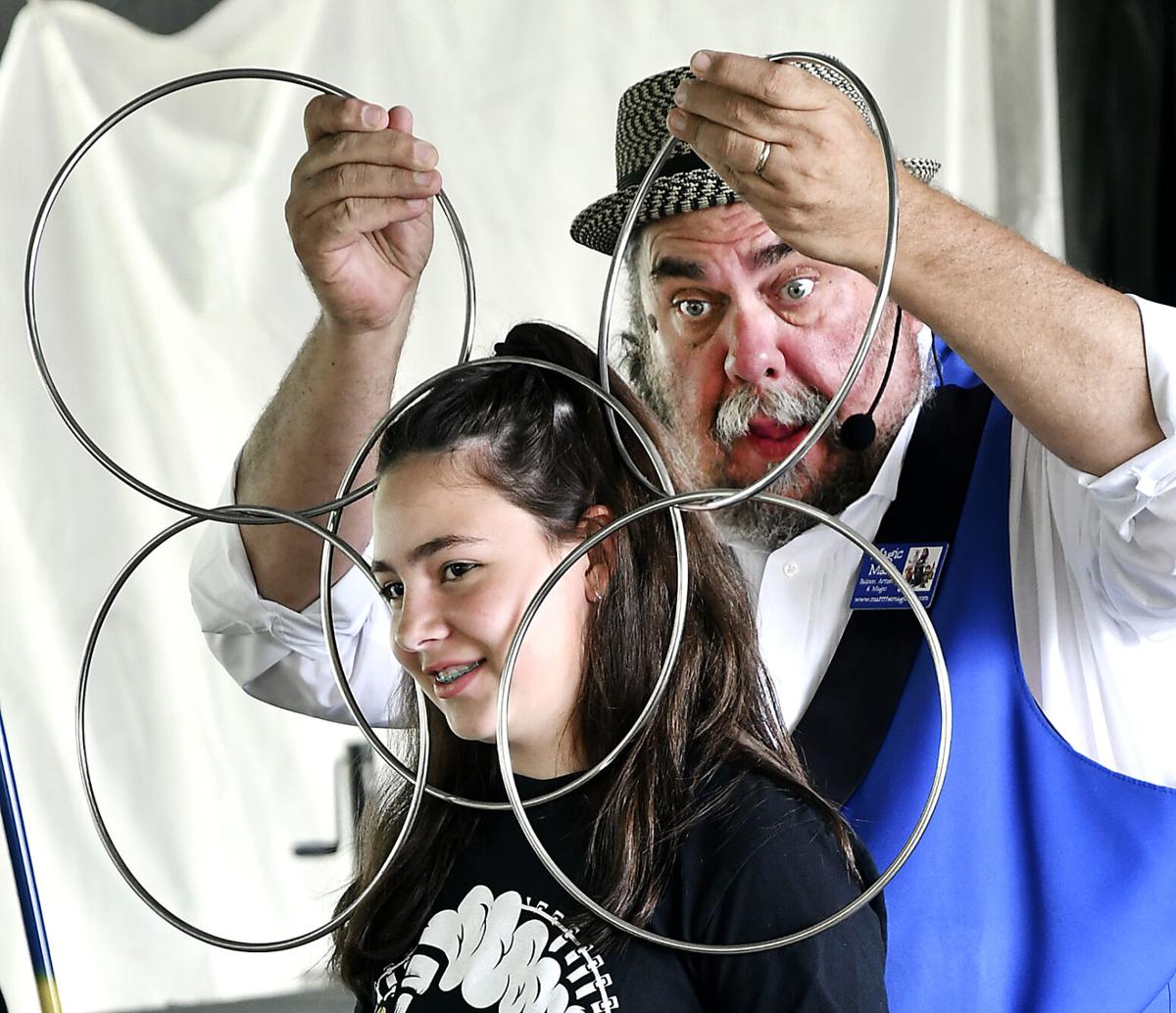 Magic Matt gets a reaction from the audience as he presents his Family Fun Show at the Madison County 4-H Fair Kiwanis stage Wednesday afternoon.

ALEXANDRIA — “Magic Matt” popped up for his sixth year at the Madison County 4-H Fair, warming up his audiences by joking with them while performing magic tricks. And he keeps that going through each show.

Matthew Scherer is “Magic Matt,” and his four performances Wednesday were a hit with kids and adults in Beulah Park.

Interacting with the children and putting smiles on their faces is what he looks forward to when returning for his sixth year at the fair.

Scherer, from Marseilles, Illinois, travels to many Midwest fairs to perform his family-friendly shows. He has been in the business for 35 years.

“I never put it away as a hobbyist,” he said. “I picked up the balloons and the magic together, and got to do a little bit of both. It’s just a fun family event.”

Last year, the pandemic caused Scherer to pause his business. This year, he said, he looks forward to returning to the spotlight — all for the children.

“I was totally shut down, I was unable to do any public performance,” he said. “A lot of the fairs that canceled last year called me back, and we’re all back up and running, so I’m pretty well booked all the way through Labor Day.”

“I started looking at magicians, and I started looking at different shows that were geared toward little children,” he said. “The first year that I heard Magic Matt, he came in and sat down at the end of the building. He had blankets where kids would come and sit down, and he would do magic tricks.”

During his four shows at the fair, Scherer joked with the audiences and called on children to join his performance.

“Kids love him. That’s why I keep hiring him.”

Anderson’s Michelle Cunningham returned to the fair this year with her family and stopped by to watch the Magic Matt show.