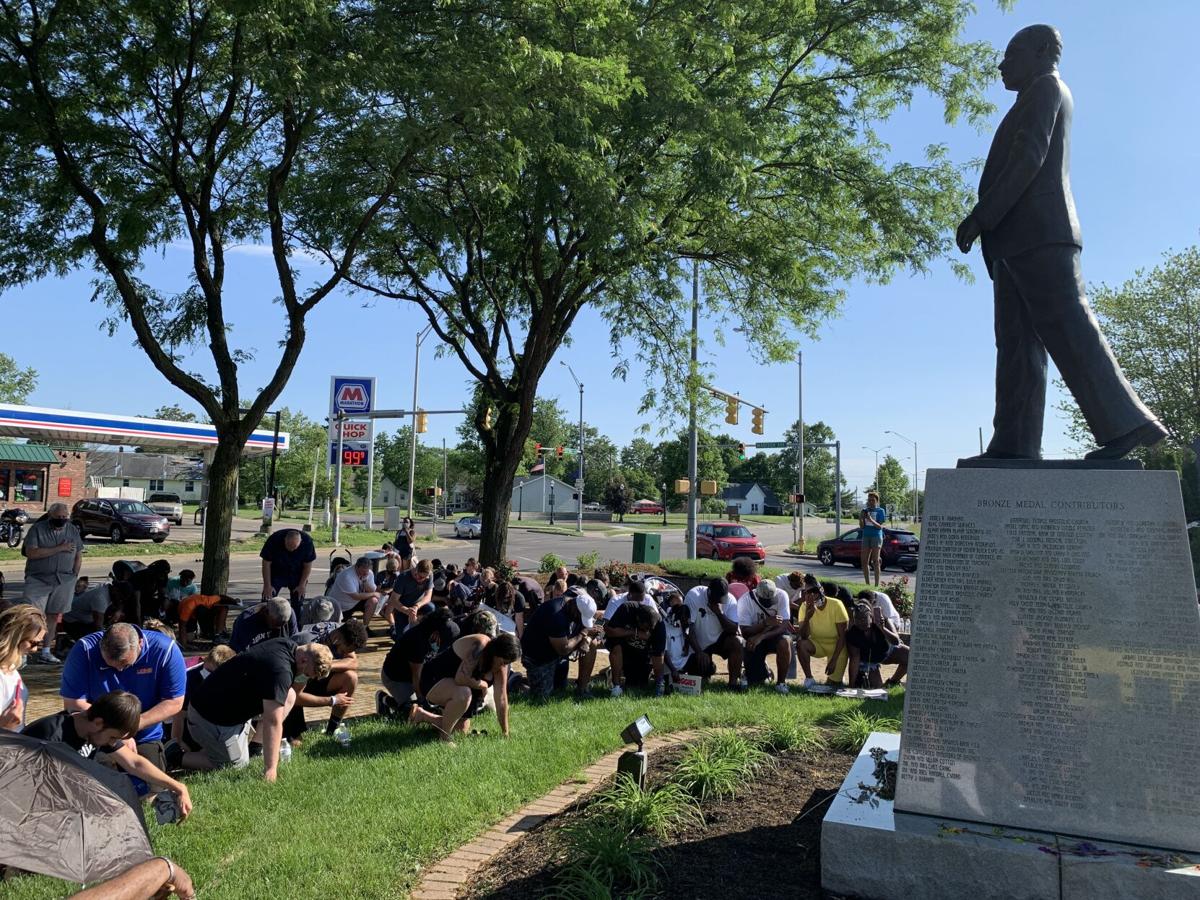 Protesters kneel for an 8-minute, 46-second moment of silence in memory of George Floyd during a march along Martin Luther King Jr. Boulevard in Anderson on Saturday evening. 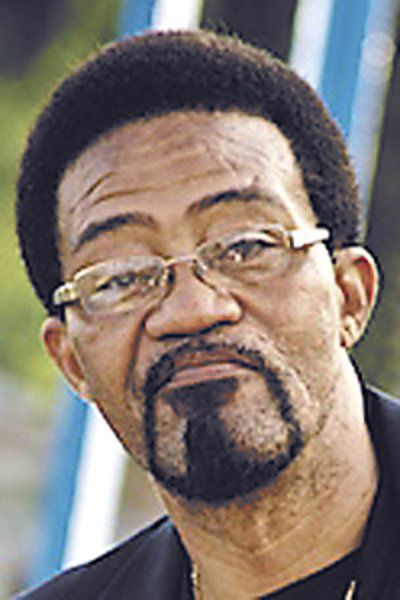 ANDERSON — A march and peaceful protest against police brutality is planned for 7 p.m. Tuesday, starting at the Madison County Courthouse parking lot, has been postponed due to the threat of bad weather.

ANDERSON — A march and peaceful protest against police brutality is planned for 7 p.m. Tuesday, starting at the Madison County Courthouse parking lot at Eighth and Meridian streets.

Anderson City Councilman Ollie Dixon, who organized the event, expressed frustration with some restrictions placed on last Saturday’s demonstrations, specifically that protesters were asked to follow a route that excluded the center of town.

“The message was not getting out to those it needs to get to,” Dixon said.

Dixon was also critical of the lack of a police presence for the safety and security of the protesters on Saturday.

“There’s a lot of people intimidated by that — the fear of police officers confronting them,” he said. “These are hard times. They can barely afford food and housing. They don’t want to go to jail.”

Dixon said that he has obtained the full cooperation of the Anderson Police Department and has received no objections to tonight’s event.

“I talked to Chief Jake Brown and he assured me that he was in full cooperation and that he would lay out the path and he would have the officers out there to guide us and protect our safety throughout that entire route,” Dixon said.

Lindsay Brown, who helped organize last Saturday’s demonstrations, said that he was asked by Deputy Mayor David Eicks to divert the protests away from Dickmann Town Center, and that the reason he was given was that the city parks were closed due to the coronavirus pandemic.

Brown also said that protesters were asked to remain on sidewalks and not to walk in the streets.

Brown praised the Frankton police for their response to a demonstration in Frankton last Sunday.

“Frankton police brought water, state police blocked streets and officers marched with us,” he said. “That’s a huge difference between having a community system versus punitive system.”