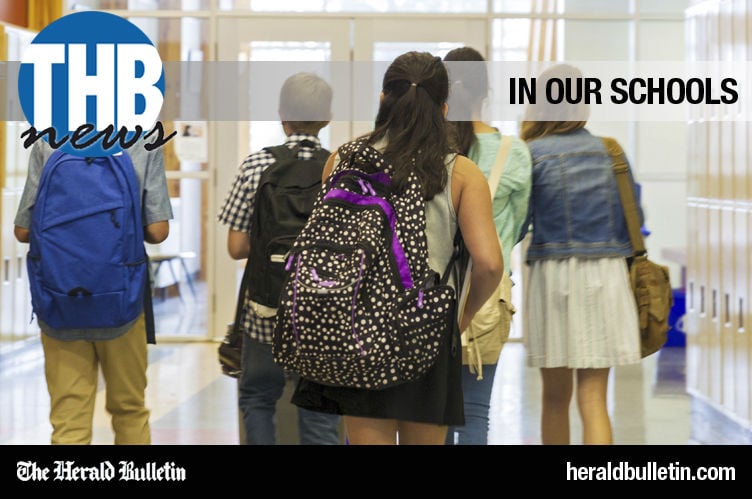 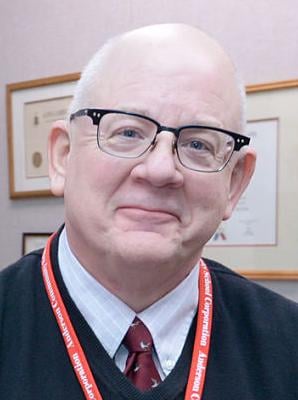 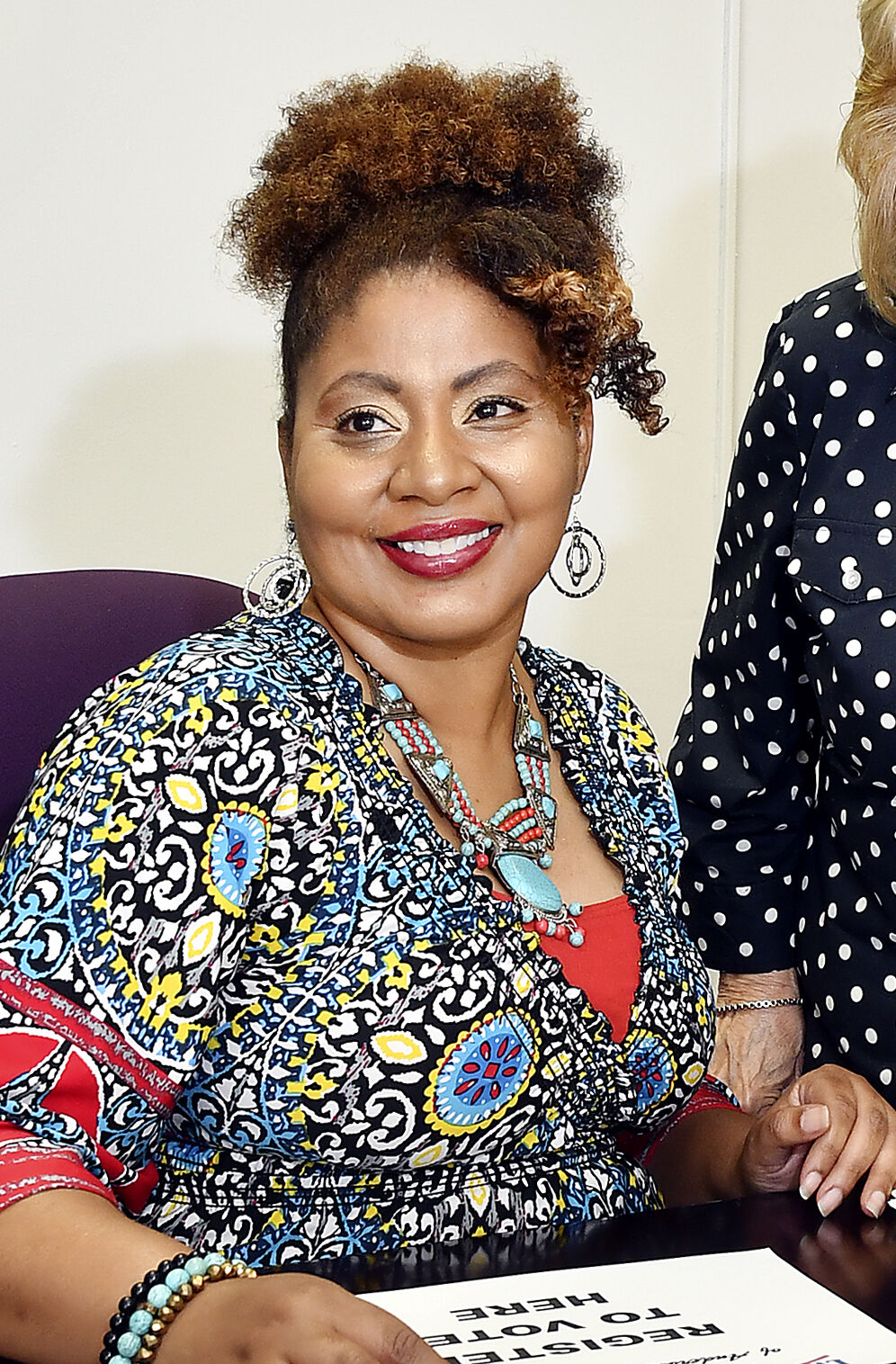 ANDERSON — The hiring committee for Anderson Elementary School appears to be moving forward with the controversial appointment of a new principal.

Anderson Community Schools interim Superintendent Joe Cronk confirmed the Board of Trustees will be asked to approve the hire at its meeting at 6 p.m. Tuesday.

However, Cronk would not confirm that an offer has been made to Weston Bonczek, a culture and climate specialist hired in 2018 at Indianapolis Public Schools’ James Russell Lowell School 51. He also declined any further comment.

“Until the board takes action, all material and information about that upcoming selection is deliberative,” he said.

It’s the second time in two months that some members of the community have expressed dismay at a lack of concern for the well-being of students through the selection of ACS administrators. Their efforts derailed what they said was a secretive attempted permanent appointment of Cronk as superintendent.

Among their concerns is the lack of racial diversity among administrators in ACS and especially at Anderson Elementary, which has the district’s highest minority student population. The school this year lost a Latino principal with the departure of David Tijerina.

According to the Indiana Department of Education’s website, of the school’s 462 students, 23.4% identify as Black and 43.3% percent identify as Hispanic. Another 8% identify as multiracial.

Additionally, English is a second language for about 40.7% of Anderson Elementary’s students, according to the website.

Restaurateur Bill Watson confirmed he represented the community on the hiring committee but declined to comment on a rumor he abstained from voting because he did not agree with the hiring process. He said it would be unethical to comment and that committee members were told they could not discuss anything that happened or was said during the process.

Frequent ACS critic Terry May on Thursday sent an email to The Herald Bulletin expressing his dismay at the selection of a white principal when a Black candidate applied for the position. He previously has questioned the ACS board’s superintendent selections, including Cronk’s appointment and the selection of Kelly Durr as principal at Anderson High School where all but one administrator now is white.

“If this is true, then ACS board is practicing systemic racism, and they are destroying our Black students,” he said. “We had better stop this type of system fast as there are people on that board who do not care about Black kids and who do not respect Black parents and their families.”

Anikka King and Lindsay Brown, also frequent critics of ACS, said their concern is the district rules seem to change when it comes to people of color. They have expressed frustration at district officials who lament a lack of qualified minority candidates but pass over the ones who apply, often in favor of seemingly lesser qualified white candidates.

King confronted members of the school board about their choice of principal for Anderson Elementary, asking to review the resumes of candidates and justifications for their choices. She said she considers one of the finalists for the position a mentor and very capable of being the school’s instructional leader.

“Terasha Webb has not only had her administrator license since 2011, she has worked in a critical position with the Martin Luther King Jr. Commission,” she said. “She is an excellent role model for our children, and some questions need to be answered.”

King and Brown said the board tried to justify an offer of the permanent ACS superintendent position to Cronk, partially on the basis that he was an internal hire with institutional knowledge. Webb, they noted, has been with ACS for 17 years and knows well the needs of the students and staff at Anderson Elementary.

“As we move Anderson forward, we must have equity and transparency,” King said.

Brown, whose children attend Anderson Preparatory Academy but who does own property within the ACS district, said he was concerned the district chose to hire a candidate who has been charged twice with driving while intoxicated.

According to Marion County Superior Court 12 records, Bonczek was denied a second expungement in May 2019 for Class C misdemeanor operating a vehicle while intoxicated with a blood alcohol content of .10 because he had a prior expungement at an undivulged date. Under Indiana law, according to the court’s order, he is ineligible for more than one expungement.

Brown said normally he wouldn’t be concerned about something like that but the district actually hired someone with that type of record after firing AHS basketball Coach Philip Washington for the same thing.

“You made him out to be a demon because of it. But now you have somebody who isn’t from here and has the same background, and you’re not treating him the same way,” he said.

“They got to watch what they do. If you’re going to hold a standard, hold them for everybody,” Brown said. “They give everybody else the opportunity, but when it comes to a minority, they change the plan again.”

Jackie Patterson doesn’t have any children at Anderson Elementary at this time but remains in frequent contact with the staff there and plans to speak out as a taxpayer at Tuesday’s board meeting. Like Brown, she believes there is a double standard for Black and white candidates, also citing the firing of Washington.

“It’s very hypocritical. They’ll do whatever they have to do not to hire a minority,” she said.

Patterson said she also doesn’t understand how committee could believe a man from outside the community with only a bachelor’s degree could be more qualified than a woman who has worked within the school community for years and is on track to earn a doctorate.

“We are taxpayers. Those are our taxpayer dollars. They could have hired Mrs. Webb,” she said. “She’s overly qualified for the job. She knows every teacher. She was in the hiring process for another principal.”

A blog post made in 2013 by the unconfirmed hire, Weston Bonczec, for the principal’s position at Anderson Elementary School is causing tension between those who circulated the blog and those who describe themselves as members of the LGBTQ community.

Bonczek wrote about why the term “gold star gay,” which refers to a gay person who has never had sex with a person of the other sex, is offensive.

Some circulating the blog have said though they don’t oppose the possibility Bonczek may be gay, the post is concerning because he should serve as a role model to children, his personal life should be beyond reproach and it should not be made available for public consumption. Communities often hold educators to “higher” moral standards, and in the past, districts often included morality clauses in their contracts.

However, some people on social media who identify as LGBTQ say circulating the post makes it seem as if there is something wrong with being gay or lesbian, endangers Bonczek by exposing him to potential anti-gay violence and unnecessarily diverts attention from what really matters, which is his qualifications for the position.