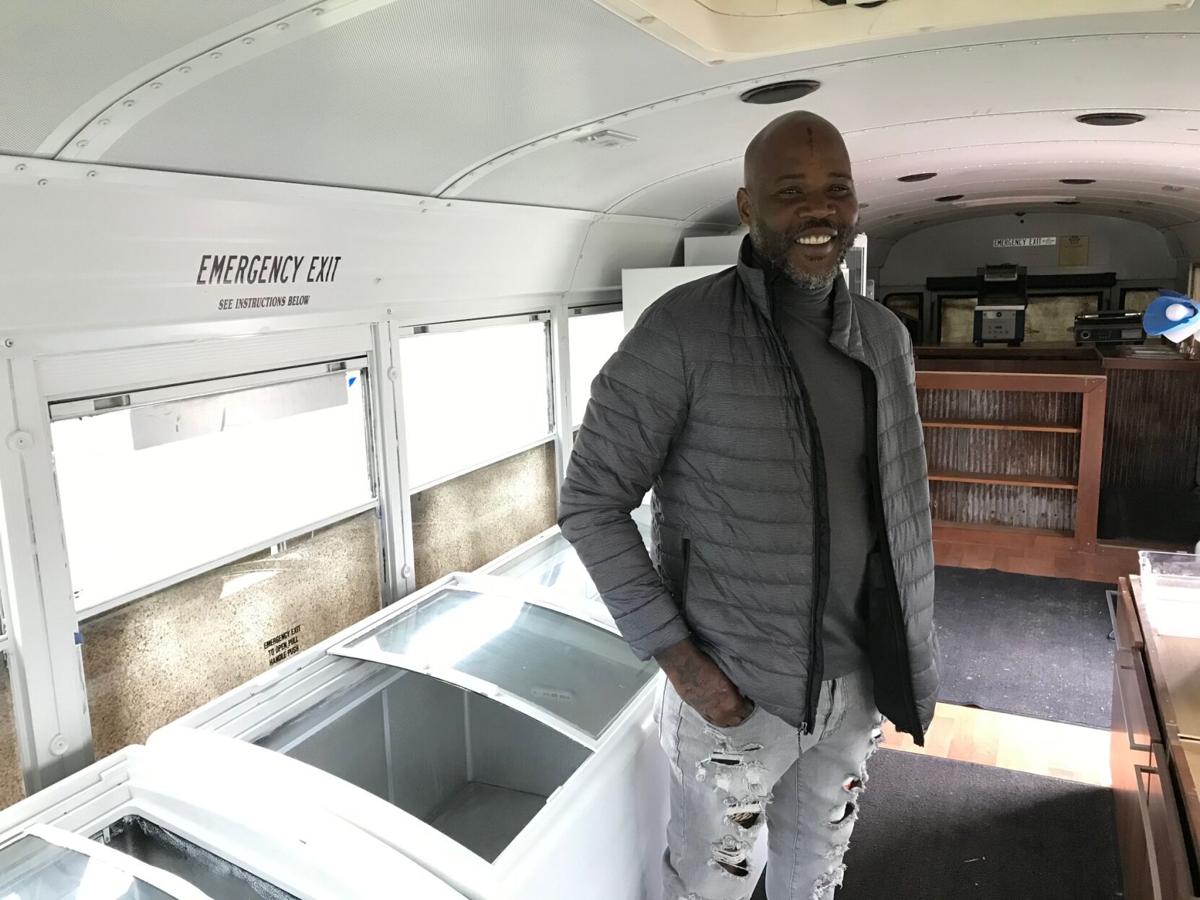 Larry McClendon, founder and president of the Redwood Foundation, stands next to the freezers he installed in a school bus he is converting into the Urban Fresh mobile food market. “It’s a lot of places we have dollar stores, but we don’t have fresh produce, fresh meats,” he said. 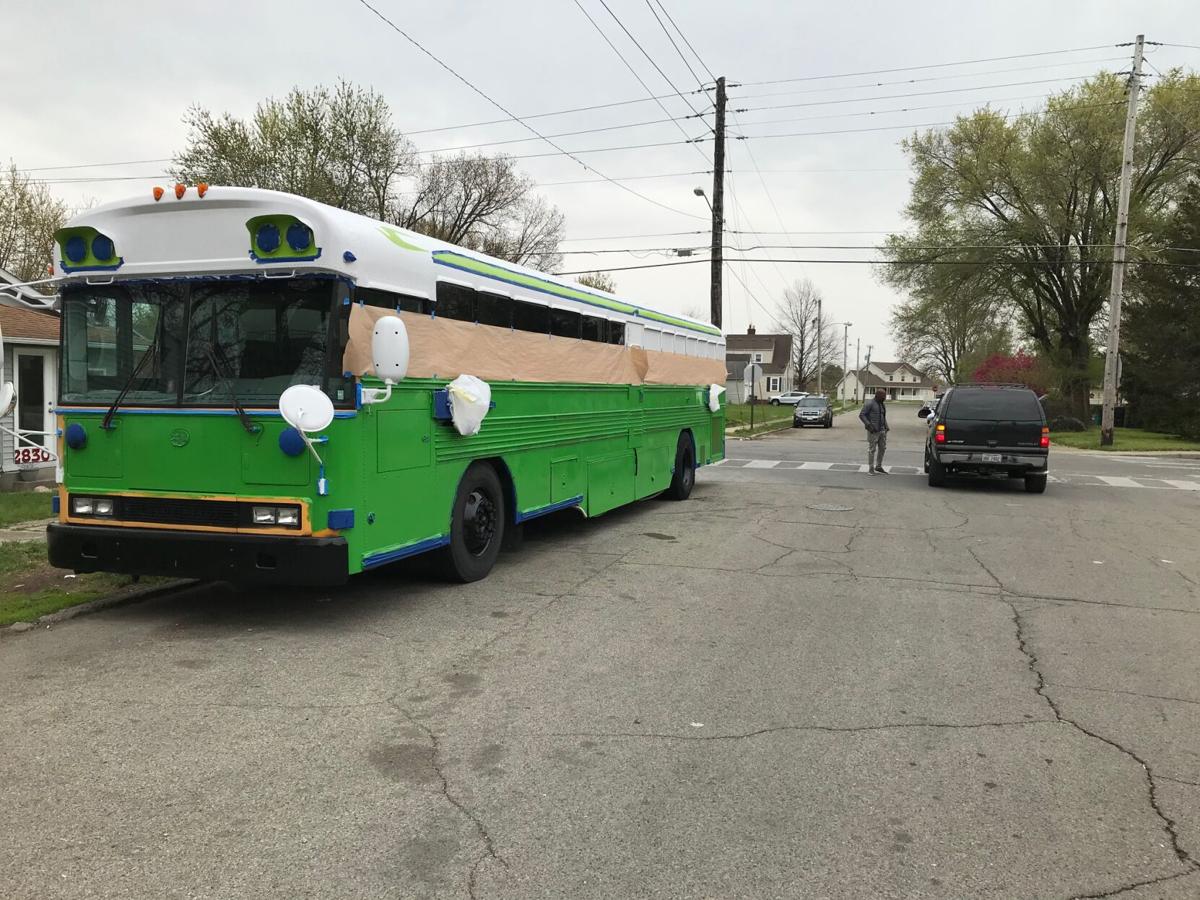 Larry McClendon, founder and president of the Redwood Foundation, stands next to the freezers he installed in a school bus he is converting into the Urban Fresh mobile food market. “It’s a lot of places we have dollar stores, but we don’t have fresh produce, fresh meats,” he said.

ANDERSON — Residents on Anderson’s west side have waited years for city officials to provide a solution to the loss of the Marsh and Pay Less grocery stores that once serviced their community.

But it’s a local not-for-profit and not the city that on Thursday announced a solution on social media.

Larry McClendon, president of the Redwood Foundation, and his business partner, Donita Thompson, hope to bring the Urban Fresh Produce and Meats mobile food market to what has been designated as a food desert as early as June 1. The bus is expected to run seven days a week servicing eight food desert sites throughout Madison County as far away as Elwood, he said.

The U.S. Department of Agriculture defines a food desert as an area that has a poverty rate of 20% or higher and where residents live more than one mile from the nearest large grocery store.

“It’s a lot of places we have dollar stores, but we don’t have fresh produce, fresh meats,” McClendon said. “Everyone says we need a grocery store. It doesn’t look like we’re getting a grocery store at this point.”

McClendon said he has had the idea for the grocery bus, modeled on a similar one in Minneapolis, Minnesota, for about five years. However, the opportunity to buy a 2005 decommissioned Bluebird school bus at auction in Indianapolis about a month ago set the plan in motion, he said.

“I seen the concept, and I thought, ‘That’s the coolest thing ever – and I thought I could do it better,” he said. “It’s one thing to do something for yourself. It’s something else when you feel the weight of the community on your back.”

Since then, McClendon has removed the 84 seats and painted the exterior green and white; outfitted it with electricity and running water; and installed cabinetry, refrigerators and freezers. The rear of the bus contains a commercial panini maker and equipment to make smoothies, and produce racks will be placed outside once it becomes operational, he said.

A vegetarian the past two years, McClendon said part of his motivation is to bring fresh foods to poor areas in the hopes they will help reduce obesity, diabetes and high blood pressure rates.

Parked near the intersection of 29th and Lincoln streets, McClendon fields a lot of questions from passersby.

“I probably get 10 people a day that stop and ask me what I’m doing,” he said. “It usually shocks them because they think I am making it into an RV or something personal.”

Business plan in hand, McClendon said he has a distributor and is working on getting the necessary permits from the Madison County Health Department. He also is submitting an application to the USDA that would allow him to accept food stamps.

“I want to get Prairie Farms involved locally,” he said.

With a population the size of Anderson’s, McClendon said, he actually will need a fleet of at least three buses. To that end, he said he hopes to work with the city administration.

Though regular grocery stores have balked at returning to the city’s west side in part because of the small profit margins they normally realize, the options left there often offers goods at higher than normal prices. But McClendon said he believes he will be able to offer food below retail.

“We’re not in it to make money. We’re in it to serve a need of the community,” he said.

“We got to do for ourselves,” he said. “With any business, you have to show you’re willing to invest and get the ball rolling. I do think the city has an obligation to help, but we have to take the first step. If we keep this momentum going, we won’t need no one to help us.”

Anderson City Council Vice President Rebecca Crumes, who represents the westside district, said she had seen an announcement about the Urban Fresh mobile market on social media and applauds the effort.

“I think it’s an excellent idea, if you can get through all the red tape, because people can’t continue to keep buying at the dollar stores,” she said. “I know those are popular in a lot of cities where you have some large populations.”

Crumes said her major concern about McClendon’s ability to get the project off the ground is all the governmental requirements he will face because he is working with food, which is a matter of public health.

“It looks like a good idea, but there’s a lot of stuff that would go into that,” she said. “We got to make sure we dot all our i’s and cross all our t’s.”

Still, Crumes said, some financial assistance is available for innovative projects like this.

“When you work with food deserts in low-income areas, there’s all kind of grants he might be able to get to help,” she said.

How you can help

Larry McClendon, president of the not-for-profit Redwood Foundation, is seeking sponsors and donations for the Urban Fresh Produce and Meats grocery bus.