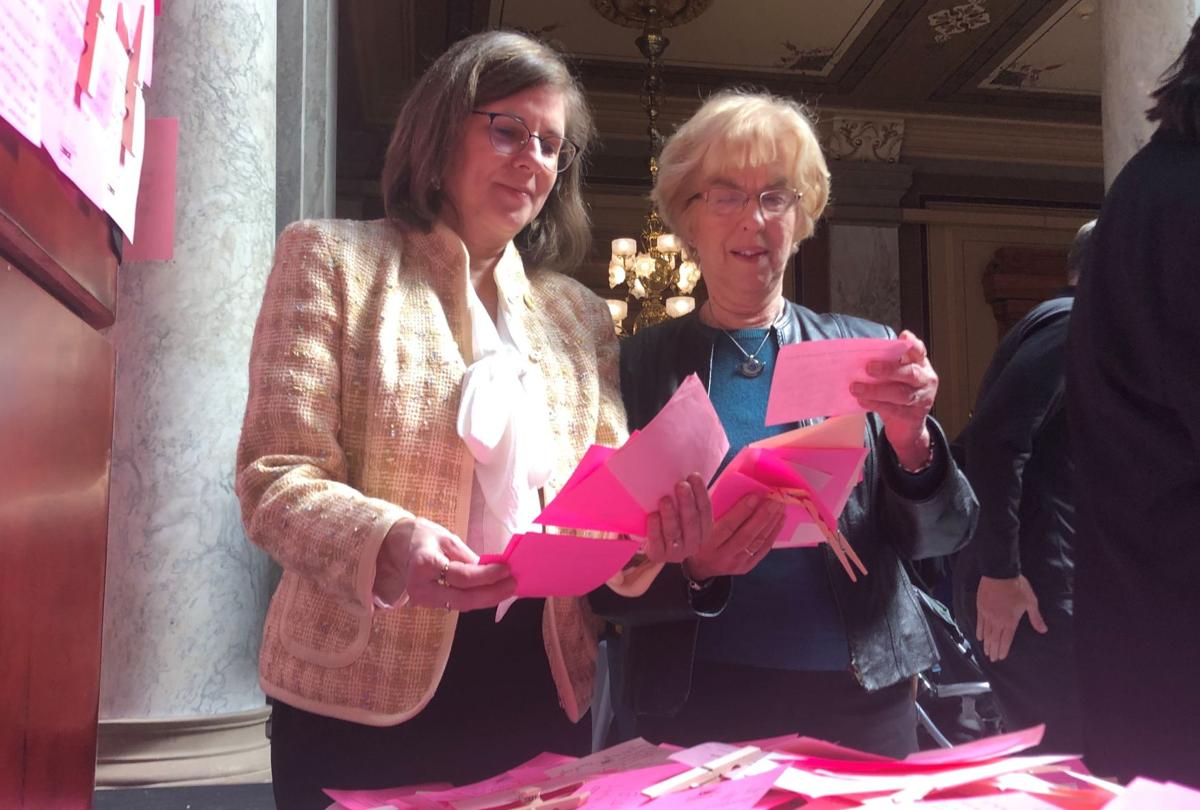 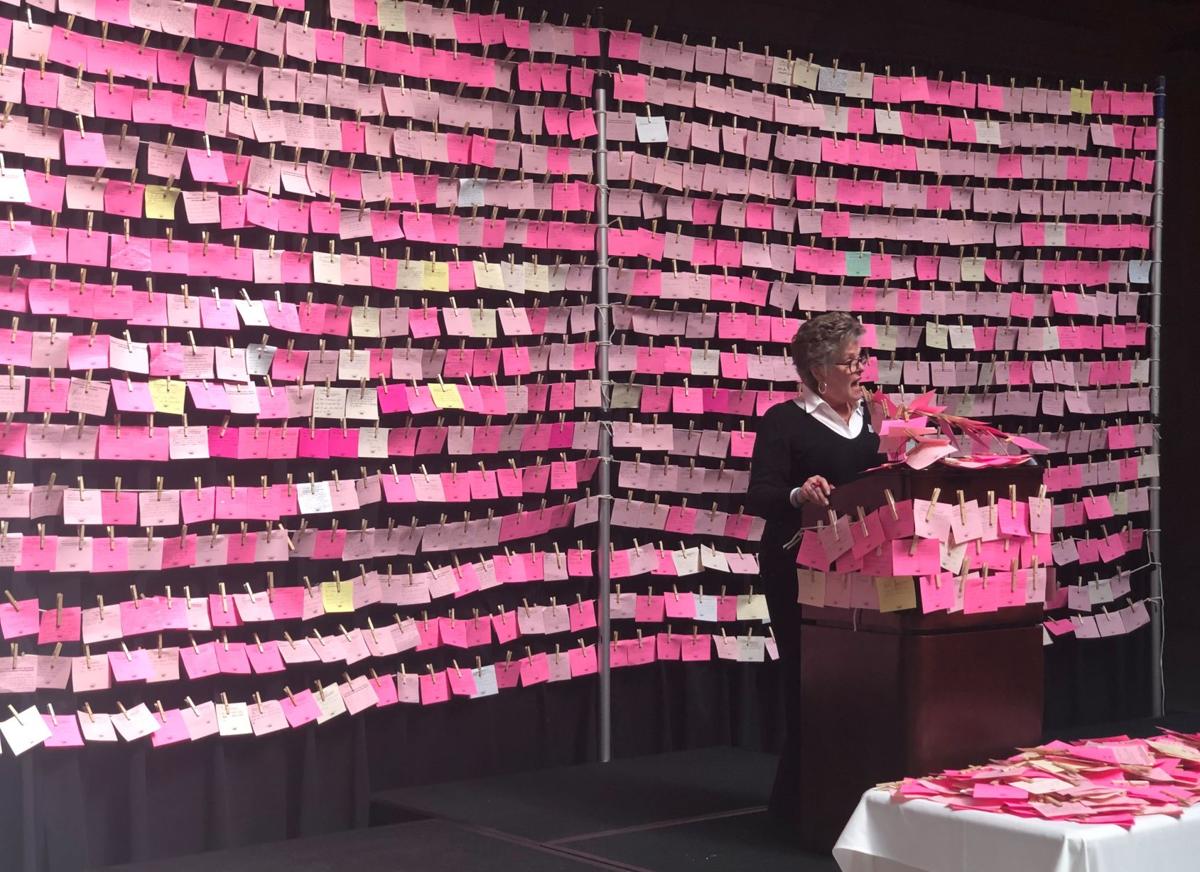 Tracey Horth Krueger, CEO of the Indiana Coalition to End Sexual Assault and Human Trafficking, stands before El Tendedero, or The Clothesline, of testimonies from sexual assault survivors across the state during her address at a Statehouse rally.

Tracey Horth Krueger, CEO of the Indiana Coalition to End Sexual Assault and Human Trafficking, stands before El Tendedero, or The Clothesline, of testimonies from sexual assault survivors across the state during her address at a Statehouse rally.

INDIANAPOLIS — The failure, for the second year in a row, to define consent for sexual activity under Indiana code doesn’t deter state Rep. Sue Errington, D-Muncie, but rather strengthens her conviction to reintroduce the bill again.

“This is too important to let it die there. It’s too important to give up,” Errington said at a Statehouse rally Thursday. “There is an evolution going on in this country of understanding what consent is and why it’s important.”

Advocates with Women4Change, an organization dedicated to issues affecting women, collected notecards from 1,500 sexual assault survivors across all 92 counties and displayed them Thursday on clotheslines across the Statehouse.

The project, called El Tendedero, or The Clothesline, started as an art display by Monica Mayer in Mexico City to bring attention to sexual assault. Mayer is a leader in the U.S. feminist art movement.

The rally Thursday drew attention to the lack of a definition of consent in Indiana law. Without such a definition, rape can be prosecuted only when there is evidence of force, threats of force or bodily injury.

“Rape is really the only crime in which the victim is scrutinized more than the rapist,” Tracey Horth Krueger said. “Why are we not asking, ‘Why in the world would you ever think it’s OK to rape?’ ”

The perpetrators of sexual assault are likely to know the victim, either as a family member or friend, and victims might fear being blamed or not believed when they report the assault, said Horth Krueger, CEO of the Indiana Coalition to End Sexual Assault and Human Trafficking.

Statistics from Women4Change and the Indiana Coalition indicate one in five Hoosier women are sexually assaulted within their lifetime, with 85% going unreported. Indiana also had the fourth-highest number of high school rapes in the country.

“The numbers are overwhelming. … It’s very easy to feel paralyzed about not knowing what to do. But that cannot be our excuse,” Horth-Krueger said. “Those numbers are awful, but they become our energy, our focus, our fuel to launch us into action.”

HB 1160 didn’t get a committee hearing this year, but several lawmakers signed letters to General Assembly leadership to create an interim study committee on sexual assault and the role of consent in the prosecution process.

However, a bill defining the rights of sexual assault survivors did advance, guaranteeing survivors a victim advocate or victim service provider during a forensic medical examination and investigation.

The Coalition said they want to use the 2021 budget session to focus on another issue in addition to defining consent: increasing the line item for the Sexual Assault Victims Assistance Fund.

“I think that if this consent (law) does one day go through, it’s going to be a huge game changer,” said Kristen Pulice, COO of the Indiana Coalition.

“Once this bill with the summer study commission, if that happens … then we’ll have a lot of momentum,” Pulice said. “These are the needs we have, here’s why we need this funding and here’s what we need in this legislation.”