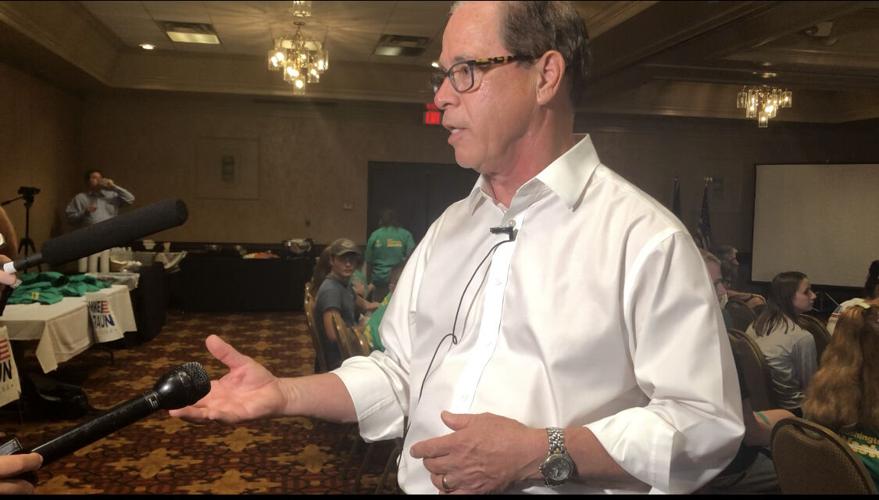 Sen. Mike Braun accepts questions from the media during a rally in West Lafayette on Aug. 27. 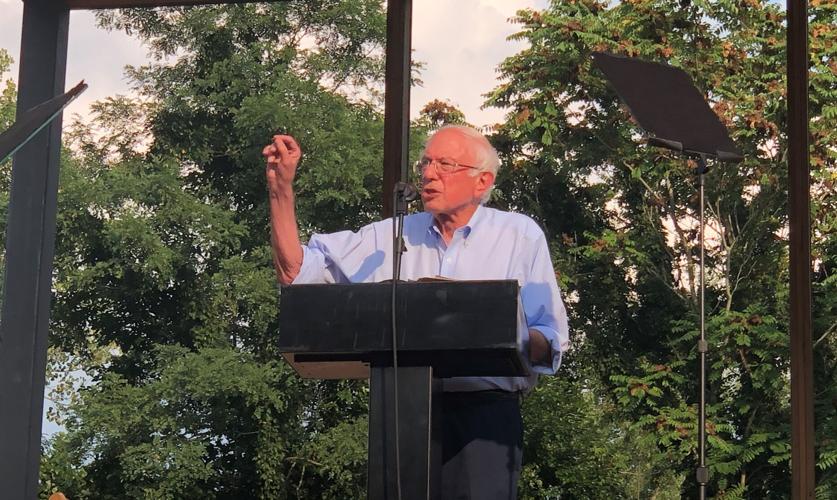 Sen. Bernie Sanders speaks to a crowd in West Lafayette about the provisions of the $3.5 trillion budget plan passed by Democrats earlier this month.

Sen. Mike Braun accepts questions from the media during a rally in West Lafayette on Aug. 27.

Sen. Bernie Sanders speaks to a crowd in West Lafayette about the provisions of the $3.5 trillion budget plan passed by Democrats earlier this month.

“This is the most consequential bill for working families probably back to the New Deal and the Great Depression,” Sanders said. “It says loudly and clearly that now is the time for action.”

The “outline” of the bill, targeting “human infrastructure,” passed the evenly split Senate with no Republican votes as the second part of a $550 billion “physical infrastructure” bill, which passed with the support of 19 Republican senators.

Both of Indiana’s senators, Braun and Todd Young, a fellow Republican, voted against the physical infrastructure bill, citing the high cost and contribution to the country’s $28 trillion deficit.

“They don’t pay attention to the process — they were just stressing bipartisanship,” Braun said, criticizing his party members who voted for the bill. “To me, the other side of the aisle made it clear – (these) two bills are connected at the hip.”

Braun visited West Lafayette as part of the Americans For Prosperity group, a libertarian conservative political advocacy group founded by the Koch brothers. He said universal pre-K and free community college are “fair issues” but “they ought to be taken through regular order where you actually have committees to at least get opinions.”

Sanders, in his rally, said that only the outline of the bill had passed and that details would be hammered out in House and Senate committees.

As chairman of the Senate’s Budget Committee, Sanders oversaw much of the human infrastructure bill’s creation but said the two bills combined would create “millions of good-paying jobs.” Money from the physical infrastructure bill would fund broadband expansion, road and bridge construction, and an upgrade of America’s aging water systems.

“We are giving working families the help they need to raise their families,” Sanders told the crowd of 2,328 people. “We are making progress but clearly we have a long way to go.”

Sanders proposed paying for the legislation by increasing taxes on America’s ultra-wealthy, many of whom he said only grew wealthier in a pandemic that devastated thousands. Increases would only impact those who earn over $400,000, a small fraction of Americans.

But the 50 or so attendees at Braun’s event didn’t approve of the increased Democratic spending, which Braun decried as “a debt bomb and an inflation bomb.”

Terry and Jennifer Young, a married couple from Noblesville, started getting involved with politics a few months ago as a result of the mask and COVID-19 vaccine mandates. They heard about Friday’s rally at the Life Church in Noblesville and bused in with a group.

“We’re concerned with what the Democrats are doing in this country – it’s all spend, spend, spend,” Terry Young said. “You can’t just keep printing money. Everything is not free and there will be a day of reckoning.”

Jennifer Young said she had concerns about how the spending would impact her fully grown children and their future grandchildren – part of what inspired her to start attending local school board meetings and political rallies.

“You’ve got to stand up at some point,” she said. “You can’t blame anybody else for what’s happening.”

But for Rahul Durai, a sophomore at West Lafayette High School, he and other climate activists attended Sanders’ rally specifically because of the lack of adult action as part of the student-led Confront the Climate Crisis group.

“I would encourage our Republican legislators to support this resolution because we need action now,” Durai said, highlighting the climate provisions in the bill.

In response to the concerns expressed by Braun and the Youngs, who both said they worried about passing debt onto the future generations, Durai dismissed those worries.

“I would rather pay more in taxes than have my planet in catastrophe,” Durai said.