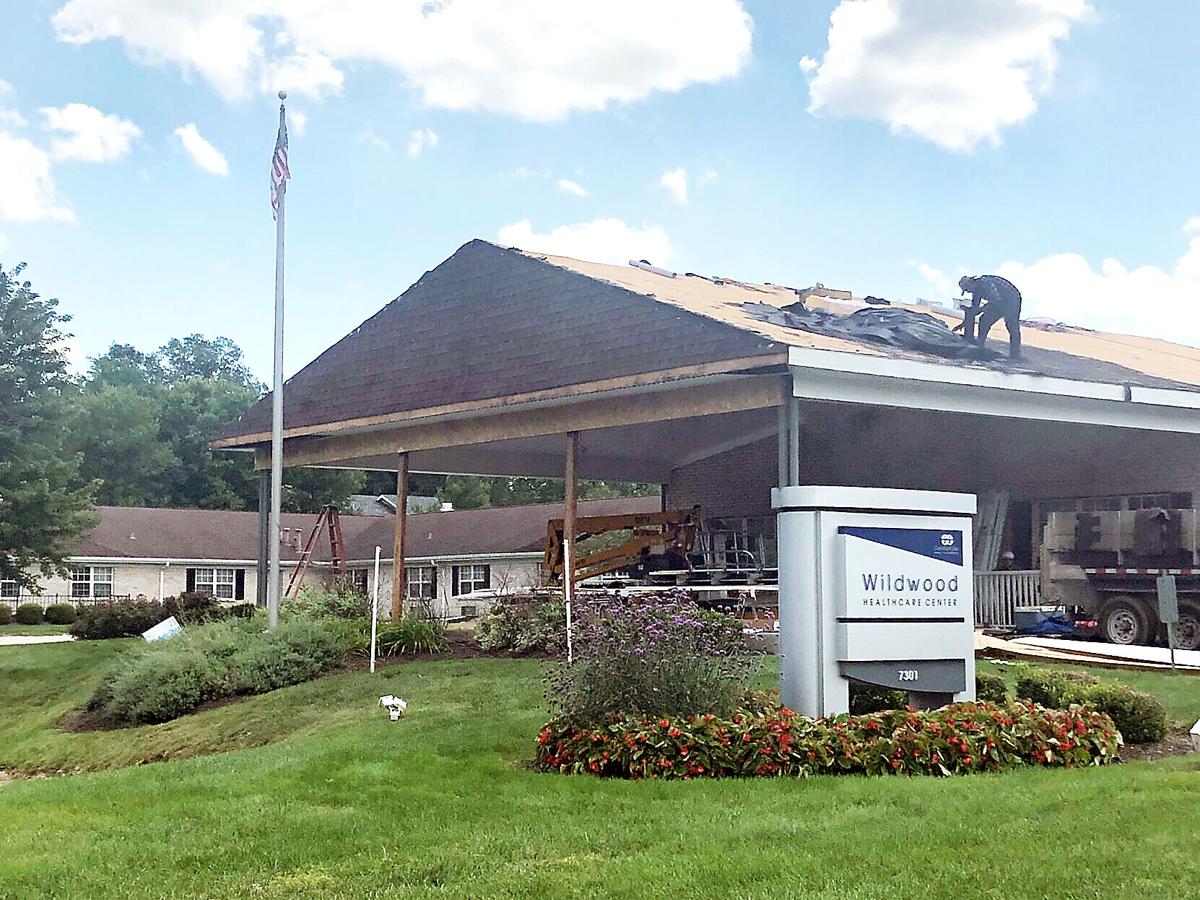 A contractor works on the roof of the Wildwood Healthcare Center on Friday in Indianapolis. The nursing home has the second-highest number of reported COVID-19 cases in the state. 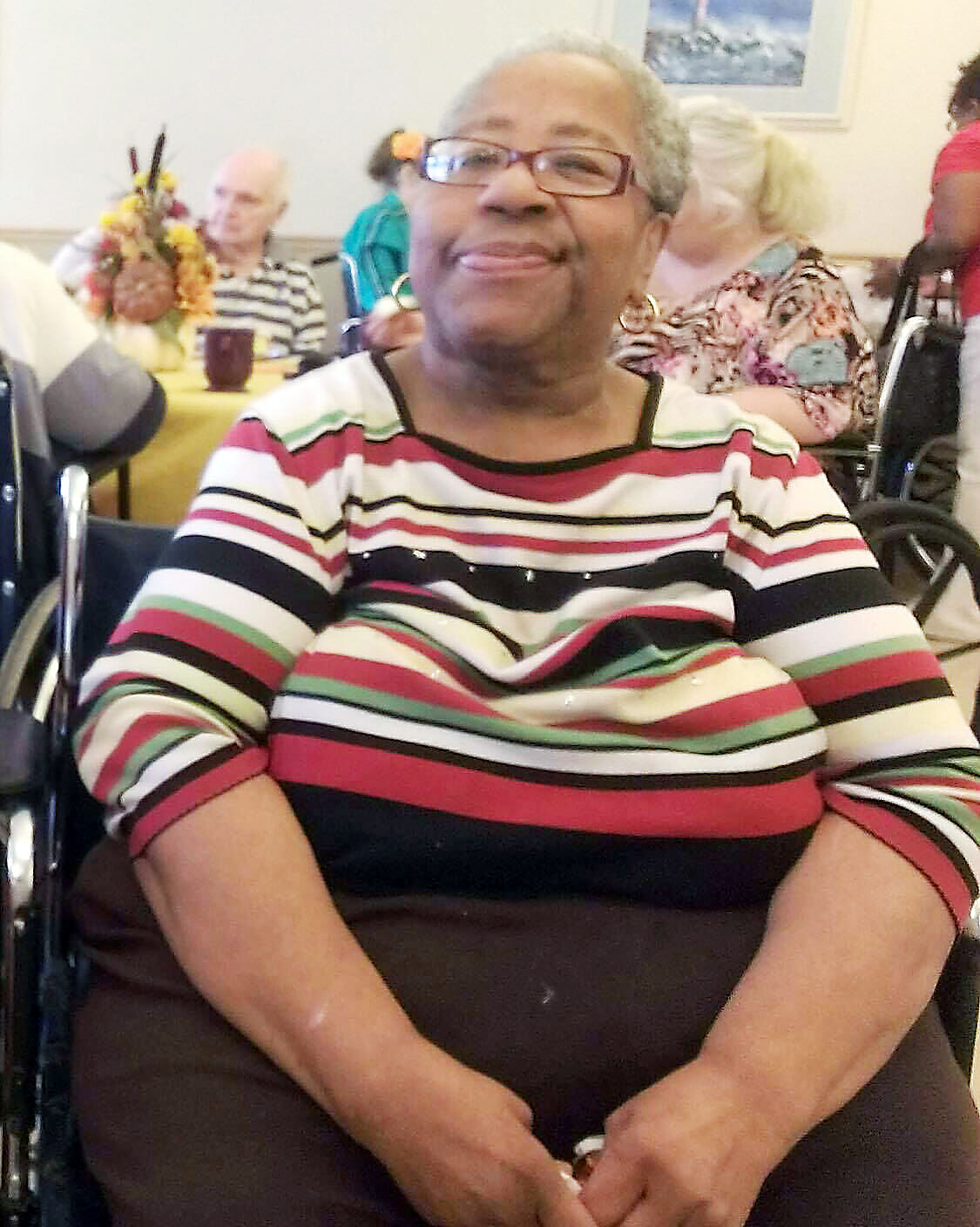 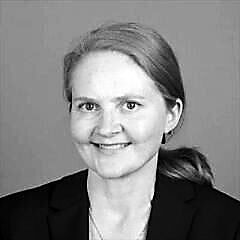 A contractor works on the roof of the Wildwood Healthcare Center on Friday in Indianapolis. The nursing home has the second-highest number of reported COVID-19 cases in the state.

INDIANAPOLIS – Jean Arnold, 71, died April 29 away from the family she loved in a hospital bed just 16 minutes north of the Wildwood Healthcare Center where she’d spent the last 12 years of her life.

Years before, when her family first recognized emerging signs of dementia and diabetes that she could no longer manage alone, they stepped in to help. Arnold’s sisters alternated care until her condition worsened, leading her to Wildwood.

Eventually, she needed intense care. When she ate, she held food in her mouth but forgot to swallow, common for those who have had dementia for a long time. She was at risk of choking if not carefully monitored.

Wildwood, a 160-bed facility, had below-average government ratings for staffing before the pandemic. Arnold’s son had seen signs that could reflect a shortage of workers. He didn’t think the facility was as clean as it should be, and once, he says, he walked straight to his mother’s room without encountering any staff.

Then, when the pandemic hit, Wildwood lost workers to the virus even as it made what officials described as heroic efforts to maintain staffing and care for the residents.Arnold is among 21 residents of the Indianapolis facility to die of COVID-19 out of 173 who were infected, the second-highest caseload in the state.

Like Wildwood, 67% of the other Hoosier homes reporting 50 or more resident coronavirus cases also had below-average staffing ratings of one or two stars, an examination of federal records show. That could have placed patients particularly at risk during the pandemic at the 49 facilities.

A federal government watchdog agency reported this month that nursing homes without enough nurses and caregivers can struggle to respond to infectious disease outbreaks like COVID-19.

That’s also the conclusion of new research by Tamara Konetzka, a health economics and health services research professor at the University of Chicago. Pandemic care places an extra burden on staff who, on top of their regular duties, might oversee resident testing, distribute personal protective equipment or work to isolate residents, Konetzka said.

Nursing homes throughout the state lost workers as the pandemic tightened its grip, killing at least 11 staffers statewide. Staffing slid as workers became infected, stayed home to care for dependents or quit for fear of exposure to the disease. Complaints to the federal Occupational Safety and Health Administration reflect the staffing crisis.“There is one staff member on a unit with 20 patients. They do not have enough staff to take care of the residents,” a worker at a Fishers nursing home said in an April complaint to OSHA.

Other complaints detail “skeletal” staffs, employees required to work double shifts and hospital employees threatened with disciplinary action if they don’t work at the hospital-owned nursing home.“Nursing homes are more desperate for staff than ever,” Konetzka said via email.At Wildwood, eventually 37 workers became infected with COVID-19, putting it in the top 10 for the most worker cases, state figures show. Two staffers died of the disease, the first confirmed coronavirus deaths of healthcare workers in Indiana.

Wildwood’s executive director, Ethan Peak, said that, to help with staffing, employees in management stepped down and worked “on the floor” to cover absent employees in addition to everyone working extra hours. The facility also used a staffing agency to hire nurses and aides.“Even agency usage (was) difficult,” Peak acknowledged, “especially during that time because all of the (facilities were) experiencing a staff shortage — whether by other causes or because of the pandemic.”

CommuniCare’s general counsel Fred Stratmann said there were no issues of poor care at Wildwood, noting that health department surveyors found no issues with the facility’s staff screening protocols and infection control education.

Arnold’s family, however, said the home’s staff was too late in recognizing her symptoms and she didn’t get the intensive care that she needed. By the time Jean arrived at the hospital, they said, it was too late.

Wildwood’s case numbers were exceeded only by another CommuniCare facility: Greenwood Healthcare Center, where 192 residents and 34 staff members were infected and 34 residents died.

The Office of Inspector General recently found that many nursing homes actually have staffing worse than their ratings would indicate because the ratings don’t include day-to-day staffing data.

By early April, the state said 16- and 17-year-olds could train and work as personal care attendants. Later that month, Indiana waived some rules on the temporary nurse aide program.

Konetzka said those are “acts of desperation.”“Certification and training are already quite minimal,” she said.

The state didn’t respond to specific questions sent July 29 about staffing. Before cutting off staffing questions from a reporter on Wednesday, Dan Rusyniak, the chief medical officer of the Family and Social Services Administration, said that the state had increased “rates” and encouraged facilities to use federal money for testing, personal protective equipment and staffing.

In another signal of how urgently facilities needed employees, some nursing homes told staff to work even if they had positive COVID-19 tests, as long as they didn’t have symptoms, according to two dozen of 35 COVID-19 complaints to OSHA from Indiana facilities.“Employees are arriving at work sick with symptoms and are told (to) work as they are understaffed,” said an employee of a Carmel nursing home.“(I) was instructed by (the executive director) that even with a positive corona(virus) test, we are still to report to work if we show no symptoms,” an employee at Golden Living Center in Richmond told OSHA.

The Centers for Disease Control and Prevention does say personnel can return to work if they meet specific criteria and at least 10 days have passed since their first positive viral diagnostic test.State inspection reports also reflect short-staffing concerns well before the pandemic at some homes, including CommuniCare facilities.

Stratmann, the general counsel for CommuniCare, said that facilities struggle to retain workers even when paying above the minimum wage.“Staffing was an issue before COVID, and it will be an issue after. ... It’s physically demanding work. It’s also emotionally draining. You get to know the people you care for. You’re there when they get sick, and you’re there when they pass,” Stratmann said. “It takes a toll. It’s not a CommuniCare thing, it’s happening through the sector and has been for many years.”

Konetzka, the long-term care researcher, echoed some of Stratmann’s comments, saying that a “fundamental” part of the problem with low staffing is under-reimbursement from Medicaid.“At the root of the problem is the fact that two-thirds of residents in a typical nursing home are on Medicaid, which pays very low rates for long-term care,” Konetzka said.

Konetzka said previous policies to improve staffing — such as establishing staffing minimums for facilities or earmarking funds specifically for staffing expenses — had little effect.“I am pessimistic that anything will change in a meaningful way until we fundamentally revisit how we pay for nursing home care or long-term care more generally,” Konetzka said.

At Wildwood, Peak said, the staff did everything they could to care for residents amid the difficult circumstances and changing guidance from the state.“It was difficult coming in one day, seeing a change and the next day it changed again,” he explained.

Peak also said that, unlike many other nursing homes, Wildwood didn’t struggle to obtain personal protective equipment.As the outbreak spread, Peak said, health department surveyors and infection-control experts were at the facility almost every day, dispensing advice and monitoring their protocols.“We were planning for (a COVID-19 outbreak) to happen as much as we were hoping it wouldn’t,” Peak said.

He highlights the 155 residents who recovered from the virus.“We have been and continue to provide excellent care, even in the middle of the pandemic,” Peak said. “I think the number of recoveries shows that. … Even if there’s a second wave we feel, maybe, even more prepared. … We kind of know how to handle it and what to expect.”

Arnold’s family, though, said that too little was done to protect her from the outbreak, which they suspect was spread by a worker.“She didn’t have visitors, she didn’t leave the facility. … So it seems to me that the basic infectious protocols were not in place,” her son, David Arnold, said. “Because the only person that could have possibly given (COVID-19) to my mother was a worker.”During the week of April 15, the family learned that Jean Arnold had displayed stroke-like systems and had aspirated liquids, her son said. Her younger sister, a former nurse, demanded the facility take her to an emergency room.“She wasn’t responsive when she showed up at the hospital,” David Arnold said.At Community North Hospital, Jean Arnold tested positive for COVID-19 and spent the last two weeks of her life there.“When you notice bad care, it never gets better when something like COVID (comes) into a facility,” her son said.This story was produced with the support of the Investigative Editing Corps (www.investigativeediting.org).