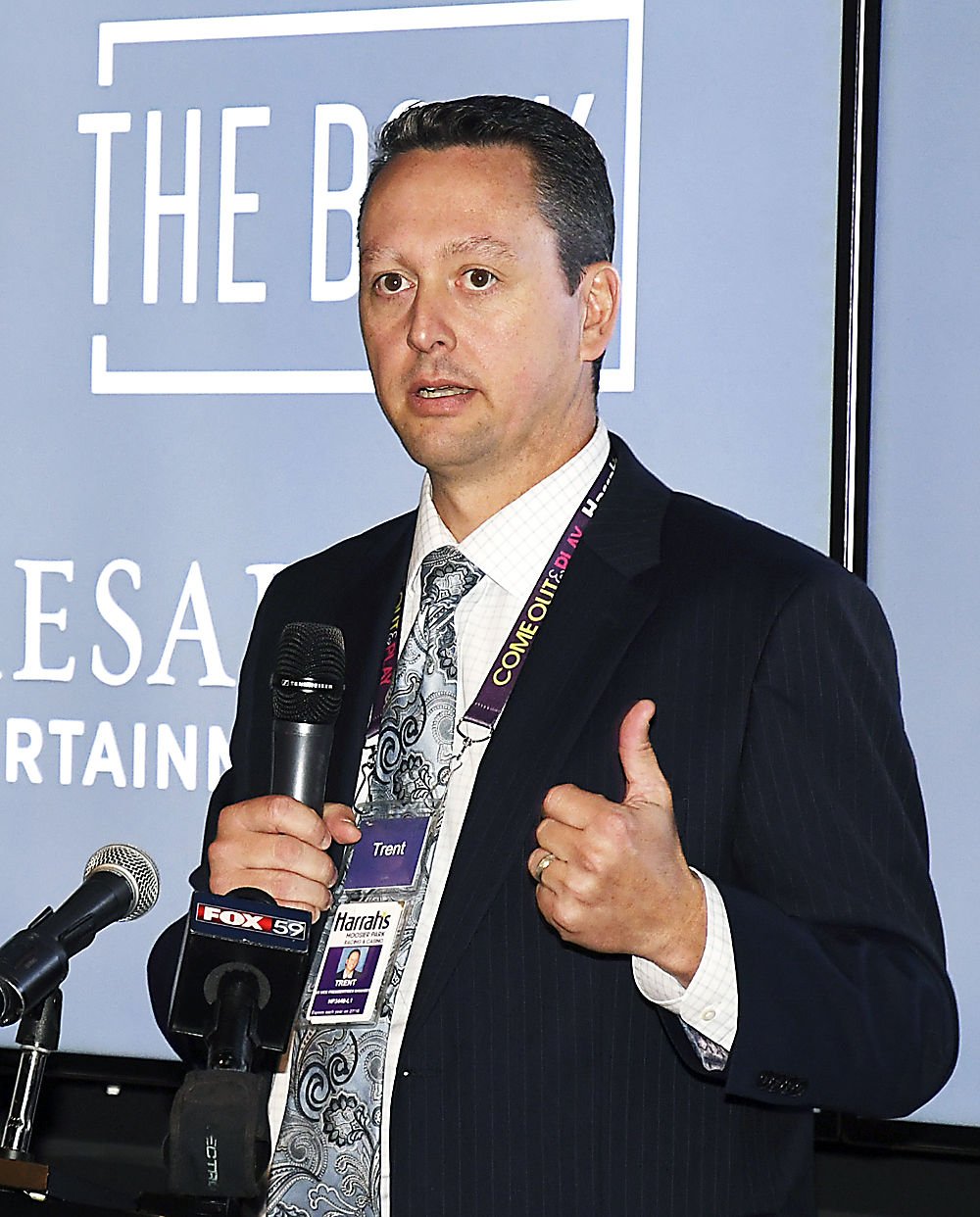 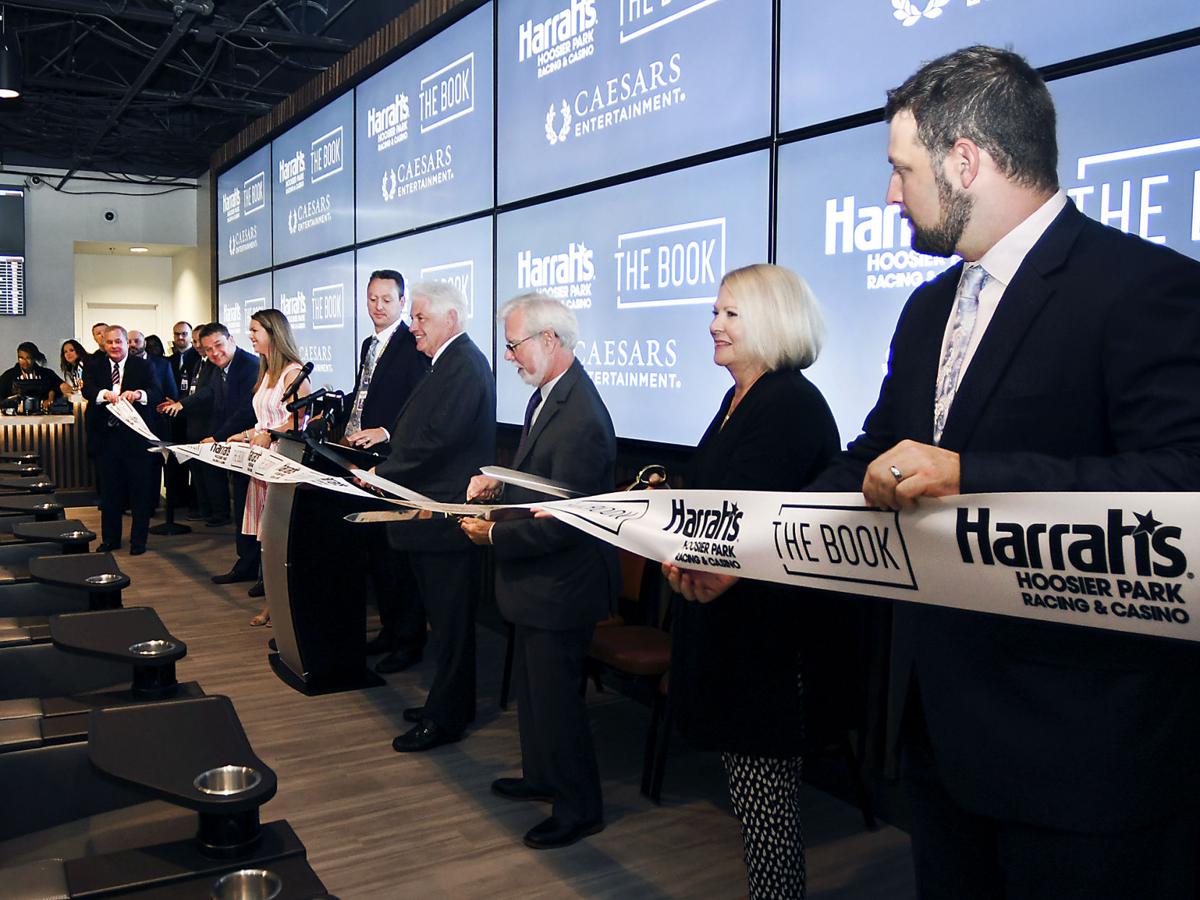 The official opening of The Book, the new sports betting area at Harrah’s Hoosier Park Racing & Casino in Anderson, kicked off Thursday with a ribbon cutting ceremony. 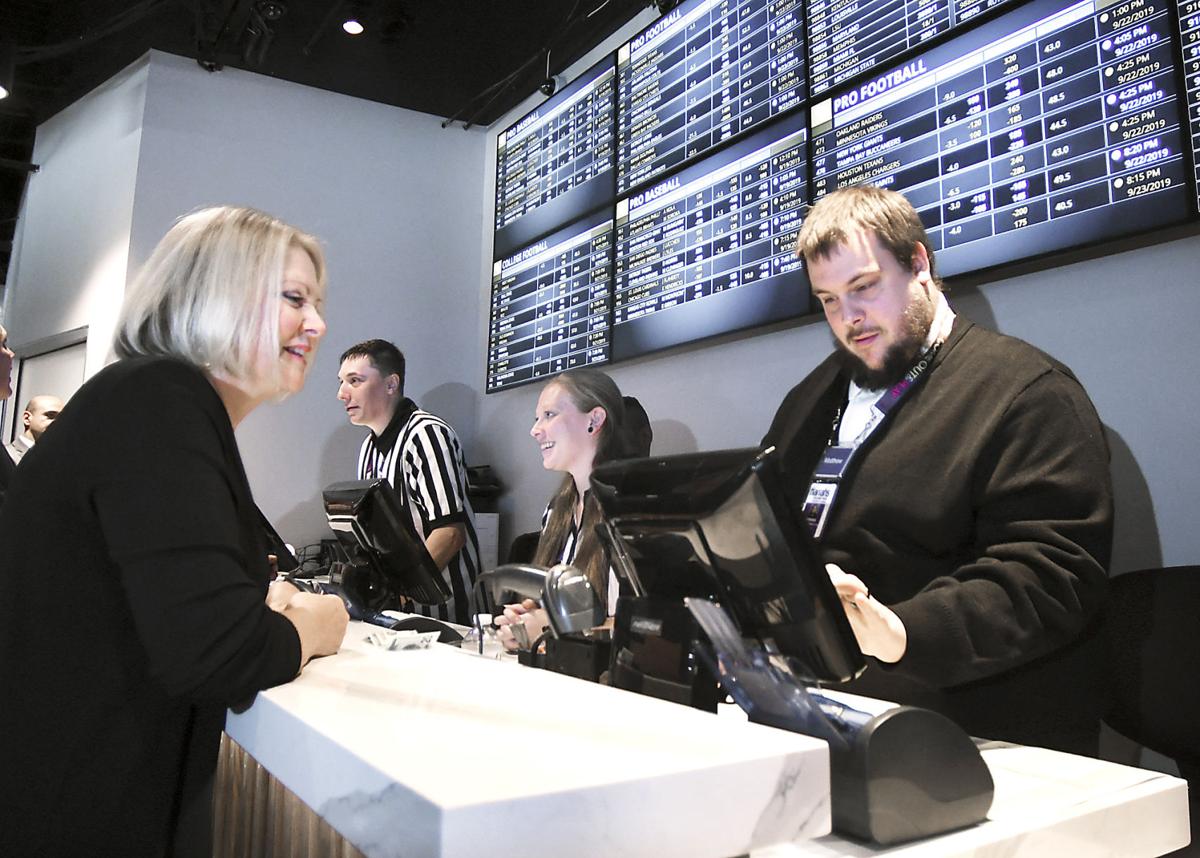 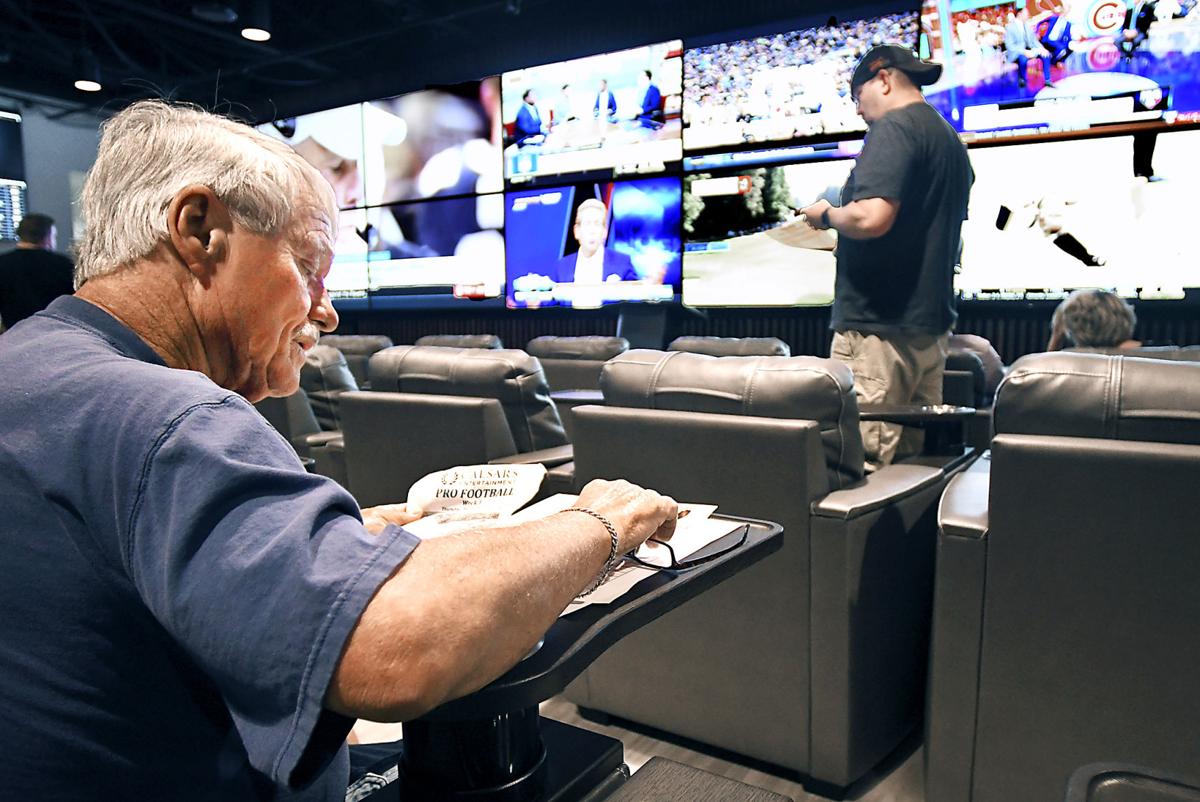 Robin Lawson, of Cicero, goes over his pro football sheet as he was one of the first patrons to place a bet at the sports betting area that opened Thursday at Harrah’s Hoosier Park Racing & Casino.

The official opening of The Book, the new sports betting area at Harrah’s Hoosier Park Racing & Casino in Anderson, kicked off Thursday with a ribbon cutting ceremony.

Robin Lawson, of Cicero, goes over his pro football sheet as he was one of the first patrons to place a bet at the sports betting area that opened Thursday at Harrah’s Hoosier Park Racing & Casino.

ANDERSON — For many years, Robin Lawson did his sports betting, mostly football and basketball, through casinos in Las Vegas.

But on Thursday, the Cicero resident drove up to Anderson to become one of the first to place a bet at The Book, the new sports betting area at Harrah’s Hoosier Park Racing & Casino.

“It’s funner watching the games. It puts a little more excitement into it,” he said.

He was one of dozens of community leaders, employees, members of the Indiana Gaming Commission and patrons on hand for the opening of the new facility made possible through state legislation passed earlier this year.

“When you think about building regulations from top to bottom for an industry that did not exist in Indiana four months ago, that’s amazing,” said Trent McIntosh, senior vice president and general manager of Enterprise Services for Caesars Entertainment. Caesars owns the Harrah’s brand and is owner of Hoosier Park.

Hoosier Park is one of seven casinos in Indiana to have implemented sports betting over the past two weeks.

Hoosier Park also is scheduled to start live dealing at the first of the year.

The Book, featuring screens to follow from one of 45 plush movie theater-like seating, allows patrons to place live bets and eventually will allow them to be placed from kiosks.

State Sen. Timothy Lanane and Rep. Terri Austin, who helped usher in sports betting and live dealing through legislation earlier this year, praised the additional jobs, the visitors and the revenue that are expected to be generated for Madison County . The Book will employ 25 additional people.

“I’ve always said the real thing I’m most interested in is the jobs that are created. This will create more jobs, that and the dealing,” he said. “It means people coming into this community to spend money. It’s economic development. That’s what it’s about.”

Lanane, who cheered the legislation making sports betting possible as a bipartisan effort, said the state really has had no choice but to allow sports betting after the U.S. Supreme Court ruled it could not be limited to only certain states.

“We knew if we didn’t do it, surrounding states were going to do it and attract people from Indiana, so why should we miss that revenue?” he said.

In addition, he said, failure to offer sports betting in a legitimate venue would continue to have it take place underground and on the dark web, an area of the internet notorious for illegal activity.

“Why not bring it out in the open and collect the revenue,” he said.

The additional money flowing through the casino also means more money for the state, Lanane noted. Revenues from the state’s casinos are put toward a wide variety of legislative initiatives, from education to infrastructure.

“They are revenues available for whatever we want to do as a state, and it’s a substantial source of revenue for the state,” he said.

Austin said Indiana’s casino industry employs about 11,000 people and is expected to have a $1.7 billion impact on the state’s economy over the coming five years.

Holding up a folded $20 bill with which she planned to make a bet, Austin praised Indiana’s casinos, including Hoosier Park, for a relatively problem-free record.

“This is not an easy business to regulate,” she said. “We are putting in a good framework that protects young people, allows adults a legal activity and keeps everything fair.”

Manager John Lindheimer is one of the new employees brought on for the grand opening of The Book. The Pittsburgh, Pennsylvania, native recently transferred from Harrah’s Gulf Coast Hotel and Casino in Biloxi, Mississippi, which was rolled out last year. He started his career as a ticket writer in 1987 in Las Vegas.

“This last 24 hours was my most important in my career in this business,” he said. ”It never feels like work.”

Lindheimer said he believes sports betting and the opening of The Book will offer new opportunities for those seeking gainful employment and a living wage in Madison County.

“Experienced help in the sports book business can write their own tickets,” he said.