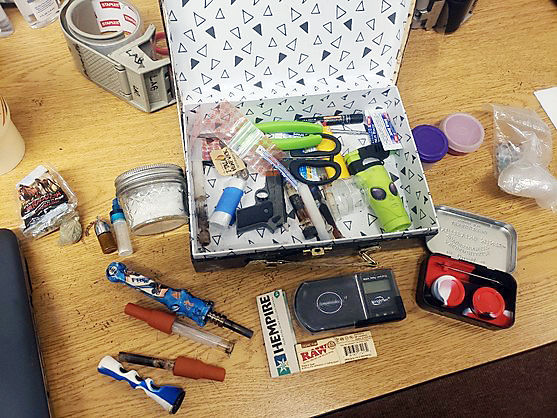 More than 50 grams of methamphetamine, smoking pipes and marijuana was confiscated by Indiana State Police during a traffic stop Wednesday night in Anderson. 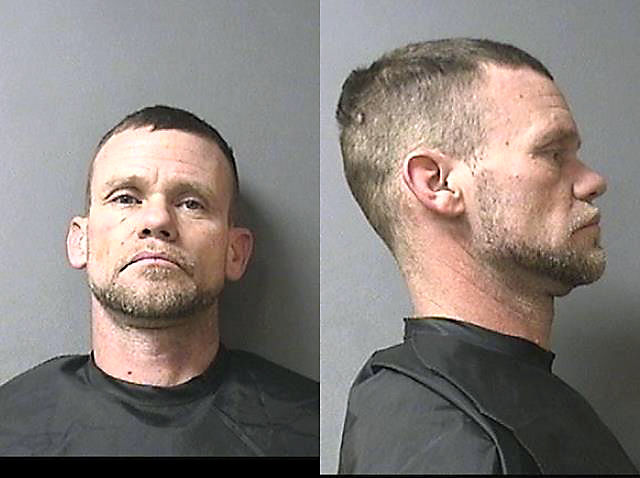 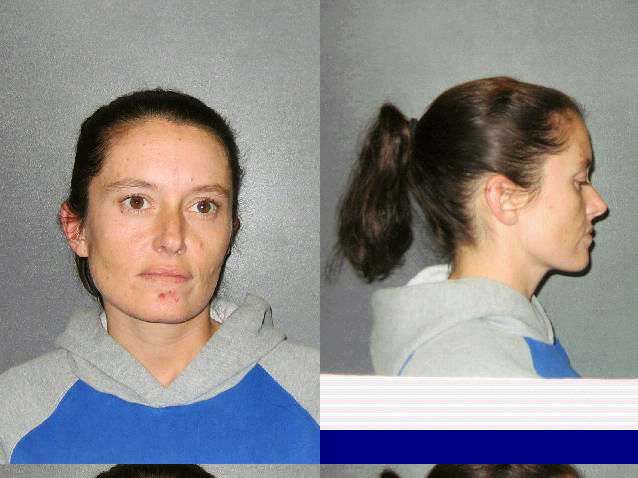 ANDERSON — Indiana State Police seized more than 50 grams of methamphetamine, smoking pipes and marijuana during a traffic stop in Anderson for a false and fictitious registration plate.

Trooper Matt Dickerson was driving north on Scatterfield Road around 10 p.m. Wednesday when he stopped at a red light near Lindberg Road next to a Ford Edge, according to a press release from the state police.

Dickerson checked the vehicle’s license plate and the information returned on a Dodge Dakota pickup. He conducted a traffic stop on the vehicle and the driver, Michael Pisano, 41, of Anderson, was wanted in Madison County for failure to appear for possession of methamphetamine, carrying a handgun without a license and possession of paraphernalia.

Pisano was also driving with a suspended driver’s license, according to the press release.

His wife, Jamie Pisano, 43, was a passenger in the vehicle and she was wanted in Madison County on a conversion charge.

Troopers Trent Jones and Jared Fradenburg along with officers from the Anderson Police Department assisted Dickerson with the traffic stop. Police discovered more than 50 grams of methamphetamine smoking pipes as well as marijuana when the vehicle was searched, according to the release.

Michael Pisano was also cited for driving while license suspended and false and fictitious registration plate, according to the release.

Information regarding illegal drug activity, including anonymous tips, can be reported to the Indiana State Police Drug Tip Line at 1-800-453-4756.