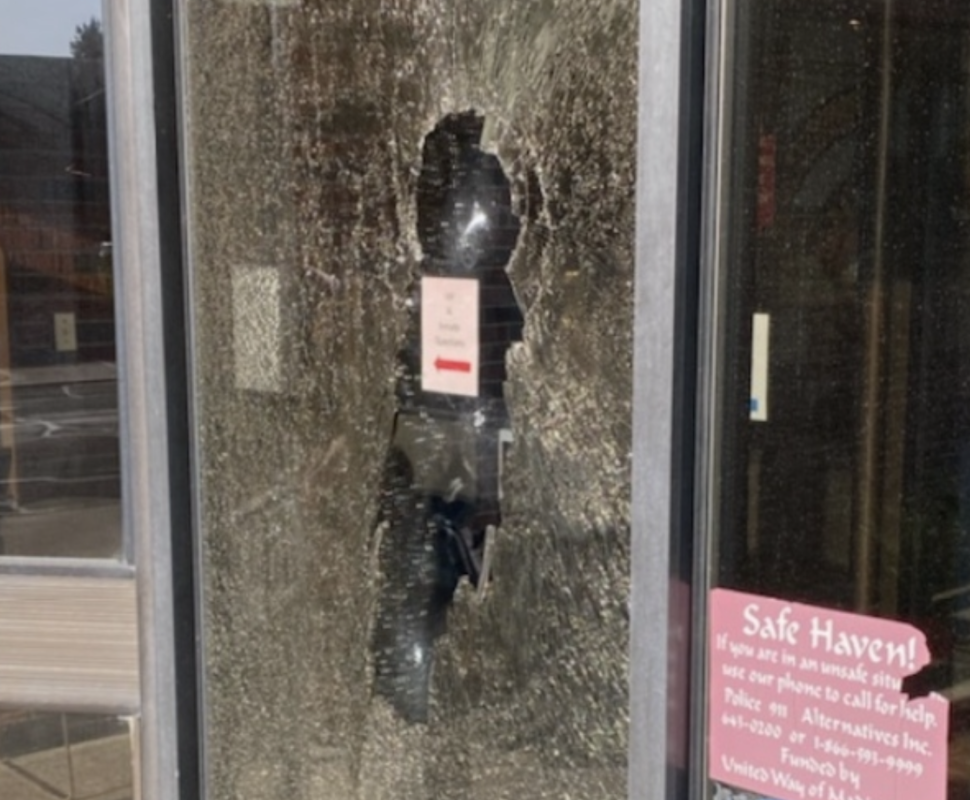 A local woman was arrested after using a baseball bat to break glass on the door of the Madison County Sheriff’s Department. 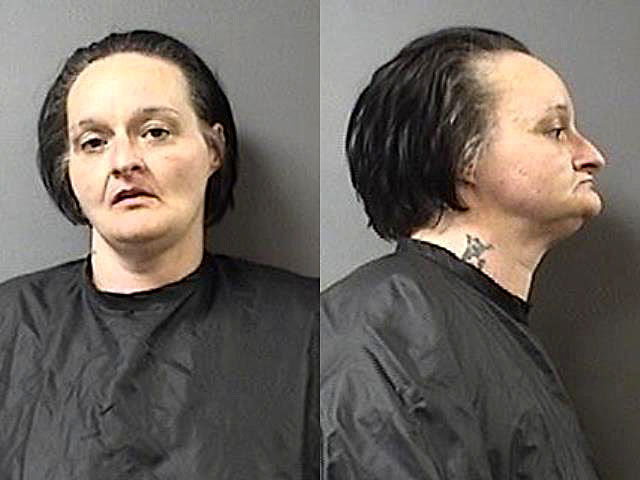 According to a press release, Goodnight approached the administration offices of the Sheriff’s Department with a baseball bat at about 6:20 p.m. Saturday.

She proceeded to shatter the glass entry door with the bat, and jail officers who saw her on surveillance video made the arrest.

During her initial court appearance on Monday Goodnight was granted a pretrial release by Criminal Magistrate Kevin Eads.

“Somebody had me thrown into jail,” she said.

Goodnight contacted The Herald Bulletin on Tuesday and said that she did what she did because she was in danger and needed to get someone’s attention.

“I was threatened to be shot up, raped and murdered, and they wouldn’t listen to me, and they made fun of me,” Goodnight said. “To get somebody’s attention, I took the bat up there, and I did take it to the window.”

Goodnight told officers she was upset with acquaintances after they told her she would be too afraid to commit the act, according to a press release from the Sheriff’s Department.

The probable cause affidavit states that following her arrest Goodnight threatened to kill Jail Deputy David Pearcy, which is the basis of the intimidation charge.

She claimed that Pearcy had witnessed a rape, a statement Pearcy said he didn’t know to what Goodnight was referring.

Goodnight said she had consumed a fifth of vodka and admitted to breaking the window with the baseball bat.

While being questioned Goodnight started talking about a “prince” and a “whale," according to the affidavit.

Goodnight told The Herald Bulletin that after striking the windows, she dropped the bat and placed her hands behind her back to allow herself to be handcuffed, which agrees with the incident’s description in the affidavit of probable cause.

“I did not threaten police,” she said. “I just needed help and nobody would help me.”

The value of the replacement window was estimated at $1,000.