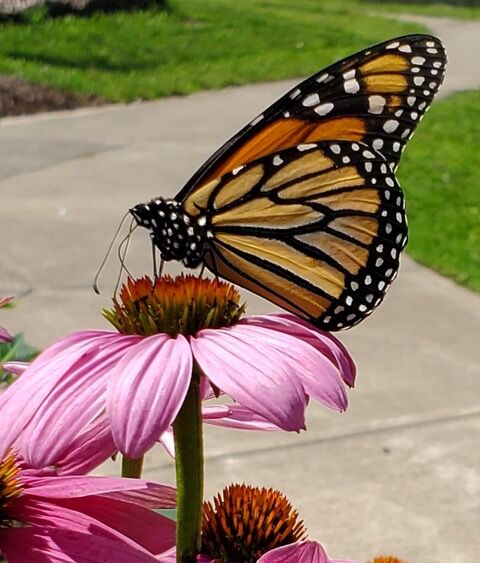 At age 5, I was taken to England to meet some members of my family I’d never met. It was late July and, like many 5-year-olds, I spent evenings catching lightning bugs and putting them in a glass jar with holes in the lid. Thinking that children in England would enjoy catching them, too, I decided to secretly take a jar of fireflies with me but unintentionally left them on the plane. So much for my brilliant plan.

The firefly was made our state insect in 2018, thanks to a letter-writing campaign by elementary school students. Fireflies are a species of winged beetle whose larvae feed on snails, slugs and worms. Today, fireflies in Indiana and all over the world are threatened by a combination of habitat loss, pesticide use, climate change and light pollution, which interferes with their ability to detect the faint bioluminescent light of potential mates.

Fireflies breed in rotting wood near lakes, ponds and wetlands. If a bill making its way through the Indiana legislature passes this year, not only wetlands but also fireflies and many other insects will lose protection as well. Loss of habitat is a primary reason that insect populations all over the world are crashing.

Years ago, an evening drive through the country resulted in large numbers of dead insects on the car windshield. It doesn’t happen anymore, a fact referred to by biologists as the “windshield phenomenon.” According to a recent study published in the Journal Biological Conservation, 40% of insect species worldwide are in decline, and many could become extinct in the coming decades. Studies the world over validate this conclusion.

Should we care? Do those “pesky bugs” serve any purpose to humans? Consider the following ...

Some of the most endangered insects are the crop pollinators — bees, butterflies, and moths. Eighty percent of all flowering plants depend on animals (mostly insects) for pollination. Without pollination, there is no seed. Bees pollinate over 80% of the world’s crop species, yet they are disappearing because of habitat loss and the use of insecticides.

Another hard-hit group of insects are the decomposers, especially beetles. Decomposers release valuable nutrients into the soil for future plant growth. Without the work of beetles, nutrient cycles would be interrupted and plant productivity would decline drastically.

Insects are also an integral part of the food chain for mammals, fish and birds. In fact, 96% of all baby birds depend on insects for food. Insects that seem very common today can quickly disappear if we aren’t paying attention, along with many other dependent species.

What can we do?

• Reduce use of insecticides on lawns and gardens.

Insects are not as invincible as we once thought.

Sheryl Myers taught biology and environmental science for 34 years and has worked as a naturalist for area parks. She is a founding director of Heart of the River Coalition. On Nature is published Tuesdays in The Herald Bulletin.