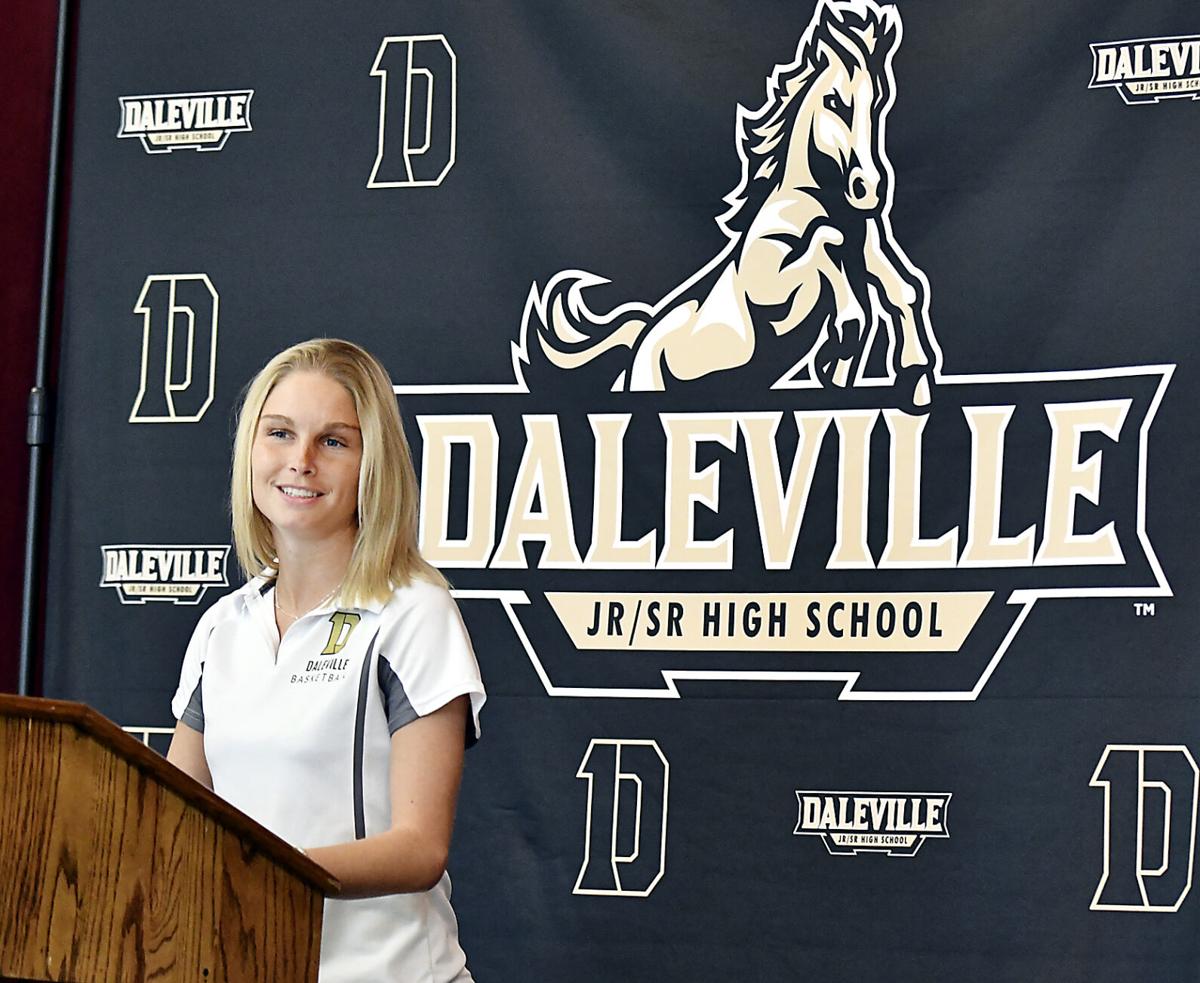 Ashley Fouch was named the new Daleville High School boys basketball coach during a news conference on May 3 at the school. Fouch comes back home to Daleville after leaving for a year. 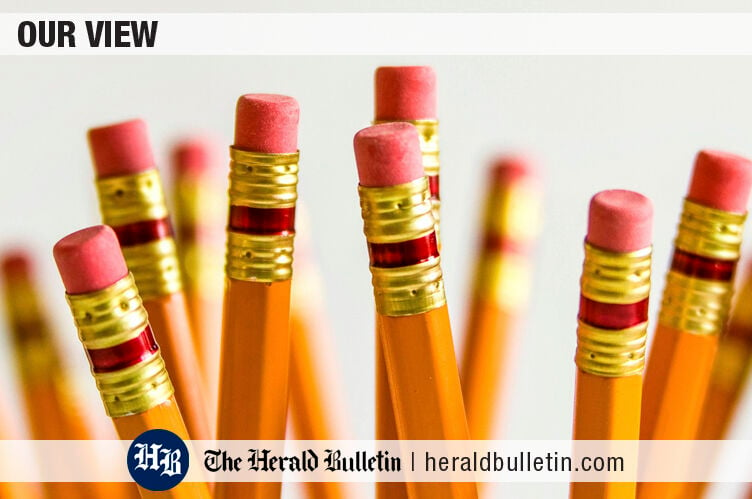 Ashley Fouch was named the new Daleville High School boys basketball coach during a news conference on May 3 at the school. Fouch comes back home to Daleville after leaving for a year.

They’ve been playing the state high school basketball tournament in Indiana since 1910.

In all that time, a woman had never coached a boys varsity team in the Madison County area.

That all changed this month when Ashley Fouch was selected to coach at Daleville High School, her alma mater.

Girls varsity basketball has been sanctioned by the Indiana High School Athletic Association since 1975, meaning that hundreds of thousands of girls across the state have had the opportunity to learn the game of basketball from a young age.

Yet not one school in this vicinity had ever tapped a woman to coach a boys varsity.

What took so long? The only plausible answer is that worn-out, sexist ideas about the capability of women as leaders — especially of the opposite gender and especially in sports — have somehow survived across the decades.

Kudos to the athletic department and administration at Daleville for recognizing that a woman was the most qualified candidate to lead the school’s boys basketball program.

The gravity of the decision was not lost on school officials.

Knowing that Fouch’s hire would be highly newsworthy, Athletic Director Josh Hutchens set up a press conference to introduce her as the Broncos’ new coach. Normally, new high school coaches are simply introduced at a school board meeting.

“We knew that this would be an event,” the athletic director said. “But, obviously, that wasn’t a consideration (in choosing Fouch). We’re going to go for the best person for the job. ... Ultimately, she has the full package. She has the experience as a player and a coach.”

Anyone who saw Fouch coach the Daleville girls varsity basketball team to its first sectional championship in 2020 could clearly see that she knows the game of basketball and knows how to prepare a team for the state tournament. After a season coaching at Whiteland in 2020-21, Fouch was lured home by a new challenge.

While fully aware of the historical context of her hire, Fouch is focused on the job itself.

“There is definitely some history being made,” she said. “But at the same time, and I’ll probably quote this every single time during the season when somebody asks me about being a woman coaching boys, basketball is basketball.

And it’s all the same regardless of a coach’s gender.

Daleville and Fouch are proving just that.