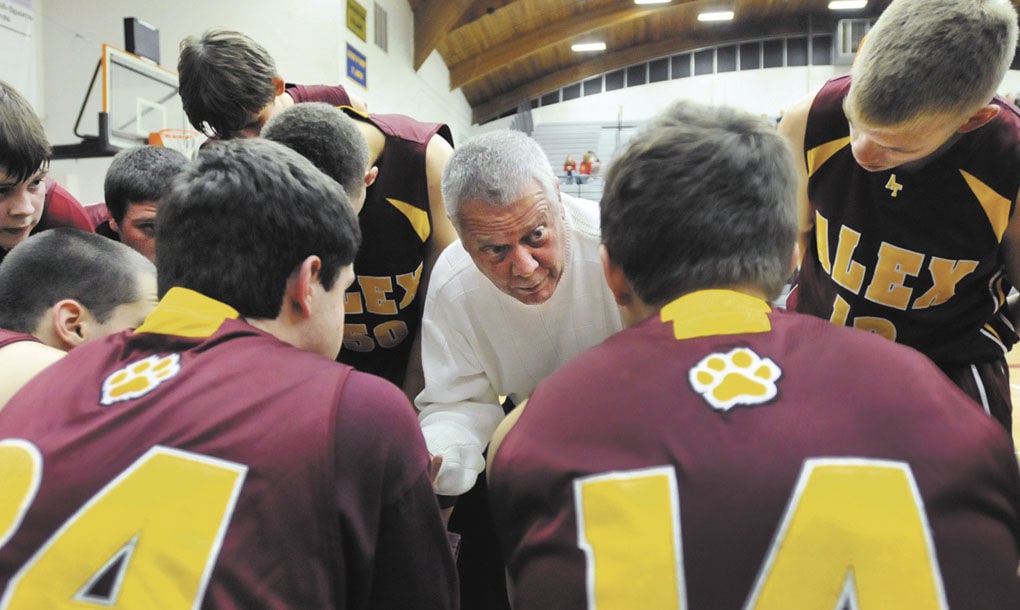 Alexandria coach Garth Cone gives his team final instructions before the start of their game with Liberty Christian in 2009. 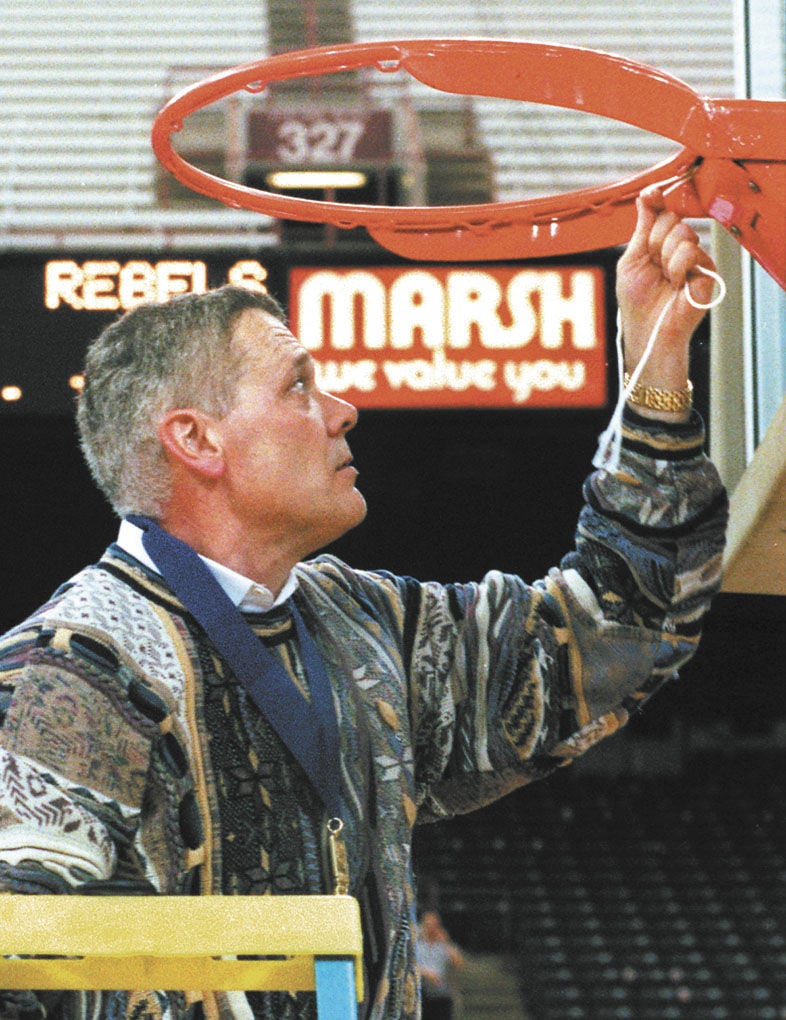 Alexandria coach Garth Cone collects the last piece of net from the rim following the Tigers’ Class 2A State Championship in 1998.

Alexandria coach Garth Cone gives his team final instructions before the start of their game with Liberty Christian in 2009.

Alexandria coach Garth Cone collects the last piece of net from the rim following the Tigers’ Class 2A State Championship in 1998.

ALEXANDRIA — The late Garth Cone has already been memorialized on the Alexandria court that bears his name and in the memories of Tigers basketball fans forever.

He is now further immortalized as a member of the 2022 Indiana Basketball Hall of Fame class, the 60th in the history of the institution.

The Alexandria legend led the Tigers from 1977 through 2005 and returned to coach the team for two seasons before his sudden death in March 2010 at the age of 63. He won a total of 419 games — winning 61% of his games — with 16 Central Indiana Conference titles, five sectionals, three regionals, a semistate and the 1998 Class 2A state championship. Three of his sectional championships — 1989, 1994 and 1995 — came in the state’s one-class tournament at the Wigwam, defeating Anderson each time. He assisted with the 1995 Indiana All-Stars and was president of the Indiana Basketball Coaches Association.

“It should have happened a long time ago,” Howell said. “It’s been a long time coming. I felt for the last several years that he should have been inducted. There probably haven’t been too many coaches in the state that have won more games at one school than he has.”

And one needs to look no further than the current coaches at Alexandria to see his coaching legacy, as both girls coach Mickey Hosier and boys coach Marty Carroll played for Cone.

“It was an emotional day for me,” Carroll said upon hearing the announcement. “Him and I were really close. I played for him. I graduated in 1982, and I’m at Ball State and in November of ‘82, he asked me to coach fifth grade. The following year, he said ‘Come up and help us at the high school.’ … So then I started coaching with him, and he became one of my best friends. Outside of my parents, nobody has had more of an impact on me than him.”

Hosier said it was an emotional moment for him as well when he heard the announcement.

“I can’t think of someone who had more of an impact on our community than Garth Cone,” Hosier said. “Even if you take the basketball part out of it, just as a teacher and a community member … he had this reader program when I was playing, and it was the biggest thing. He tied it into our basketball success we were having and getting kids to games. They had to read so many things. It was like a contest, and it was his brainchild.

“You don’t really see those kinds of things anymore where one person is so tied to the community like him. He had chances to leave and go to a bigger school, but he raised his family here. He coached here. He retired here, came back and he is buried here.”

Cone’s basketball influence is felt beyond The Jungle. When Carroll went to Frankton as an assistant, he took Cone’s system with him, and Eagles coach Brent Brobston credits Carroll — as well as Rex Bauchert — as his greatest coaching influences.

“It’s very well deserved, and it was great news to hear because he’s one of the best coaches to ever do it in the state,” Brobston said. “I knew Garth as a player, and Garth let me come over for open gyms and workouts when I was a college student. I coached against him for two seasons, and his influence over here — there have been two influences, Rex and Garth because Marty brought his system here.”

Cone graduated from Pierceton High School in 1965 and from Taylor University in 1969 after playing for another Hall of Famer, Don Odle.