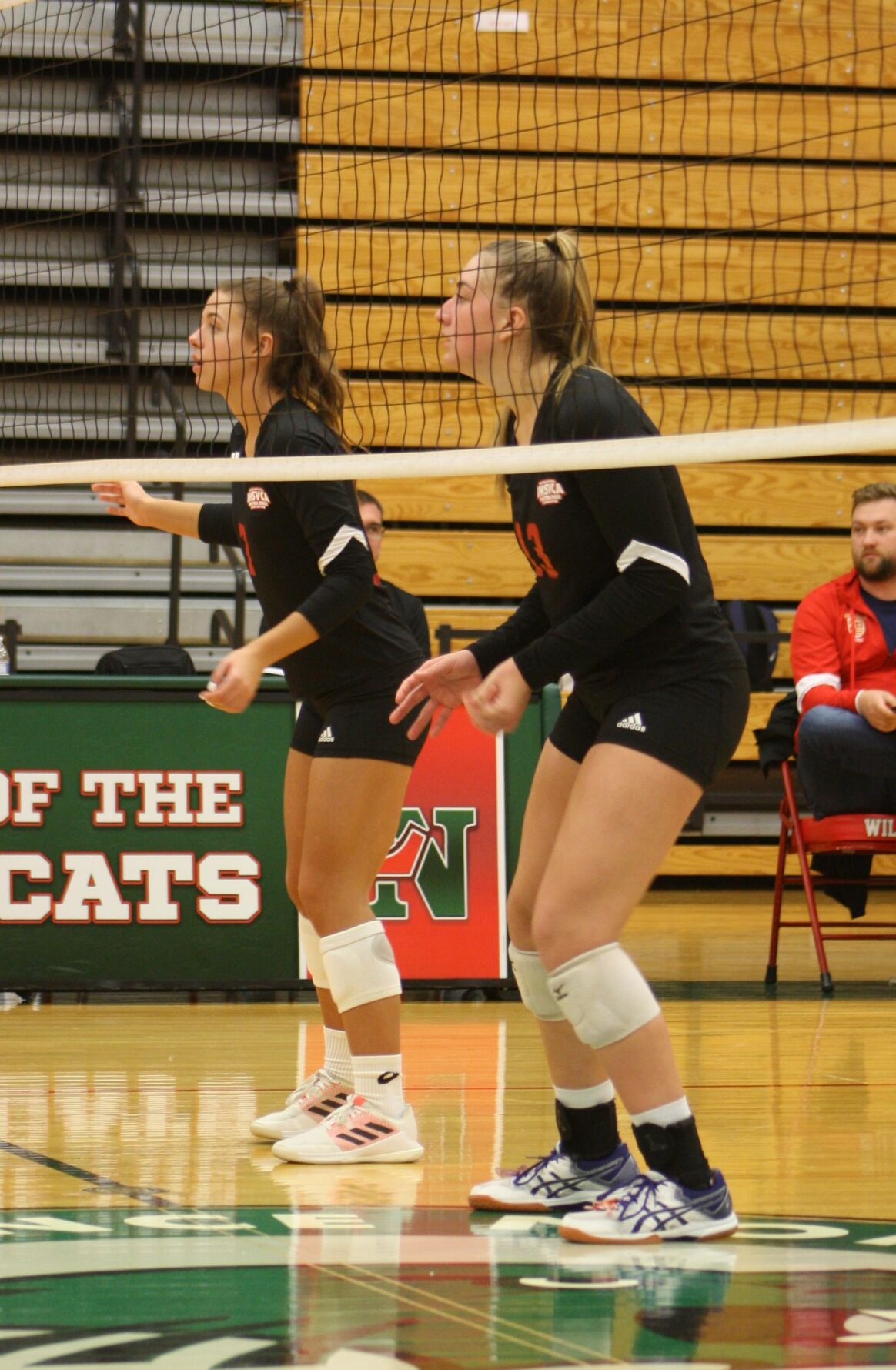 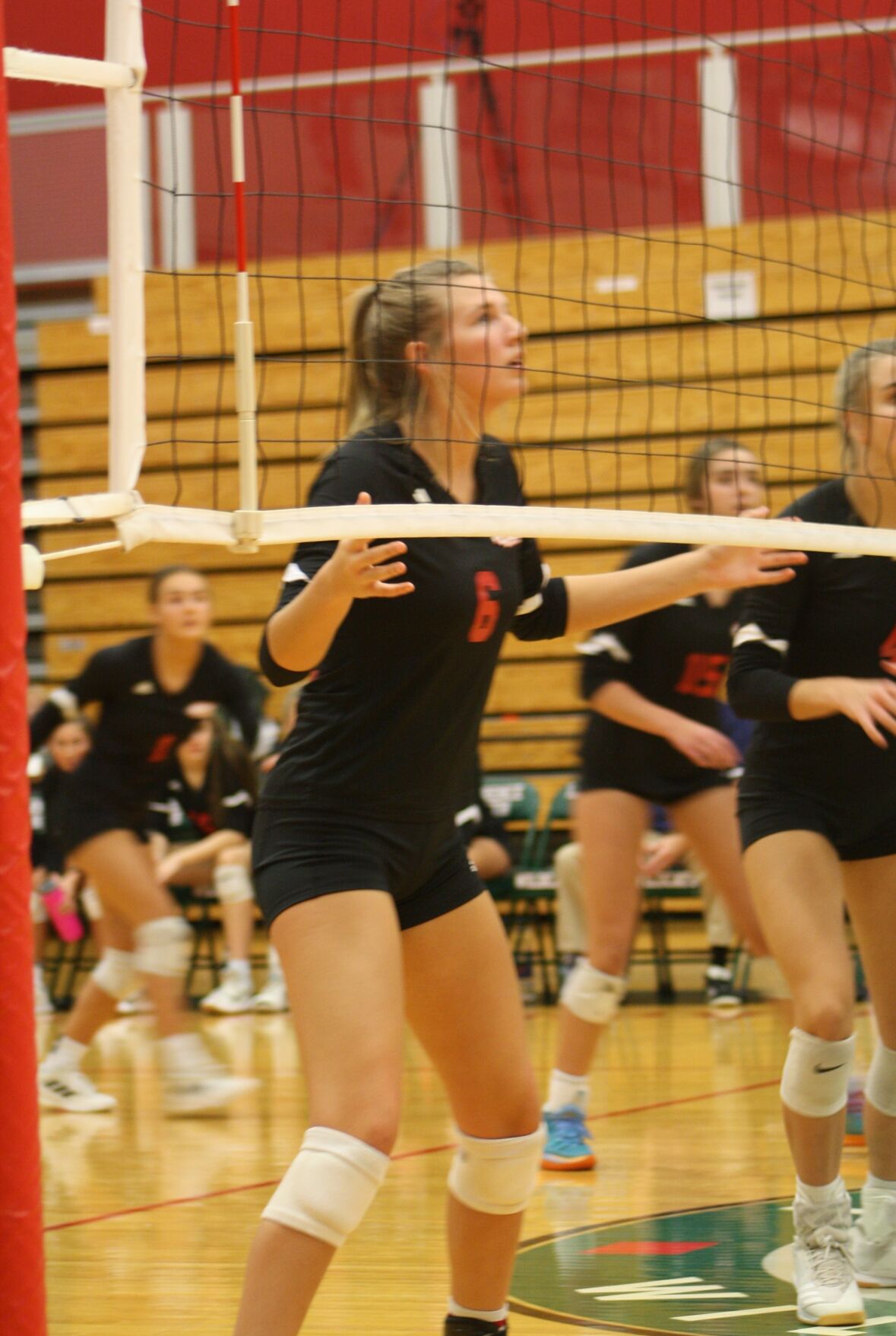 Frankton junior Adayna Key readies herself at the net during the IHSVCA junior all-star match Sunday in Indianapolis. 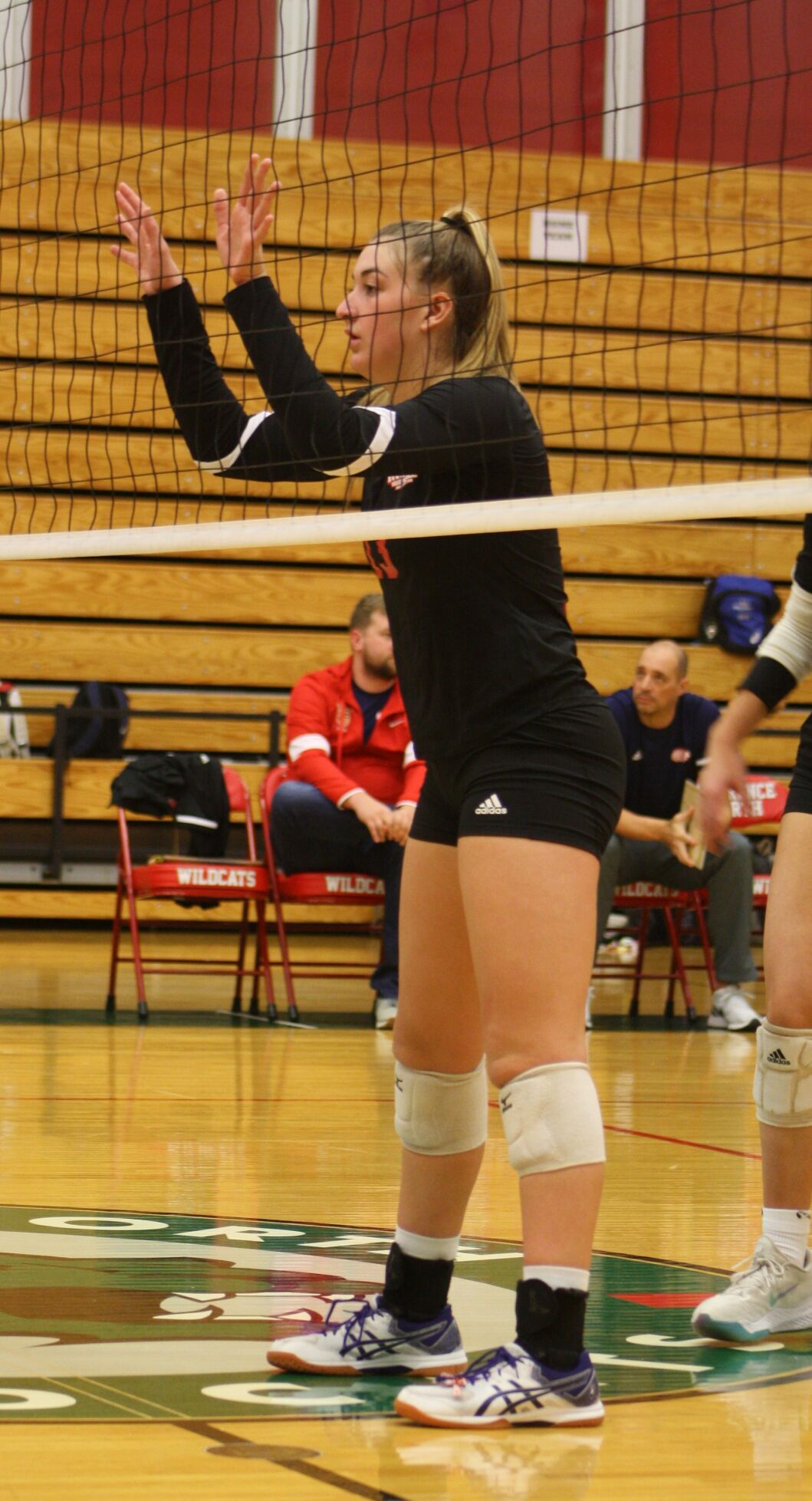 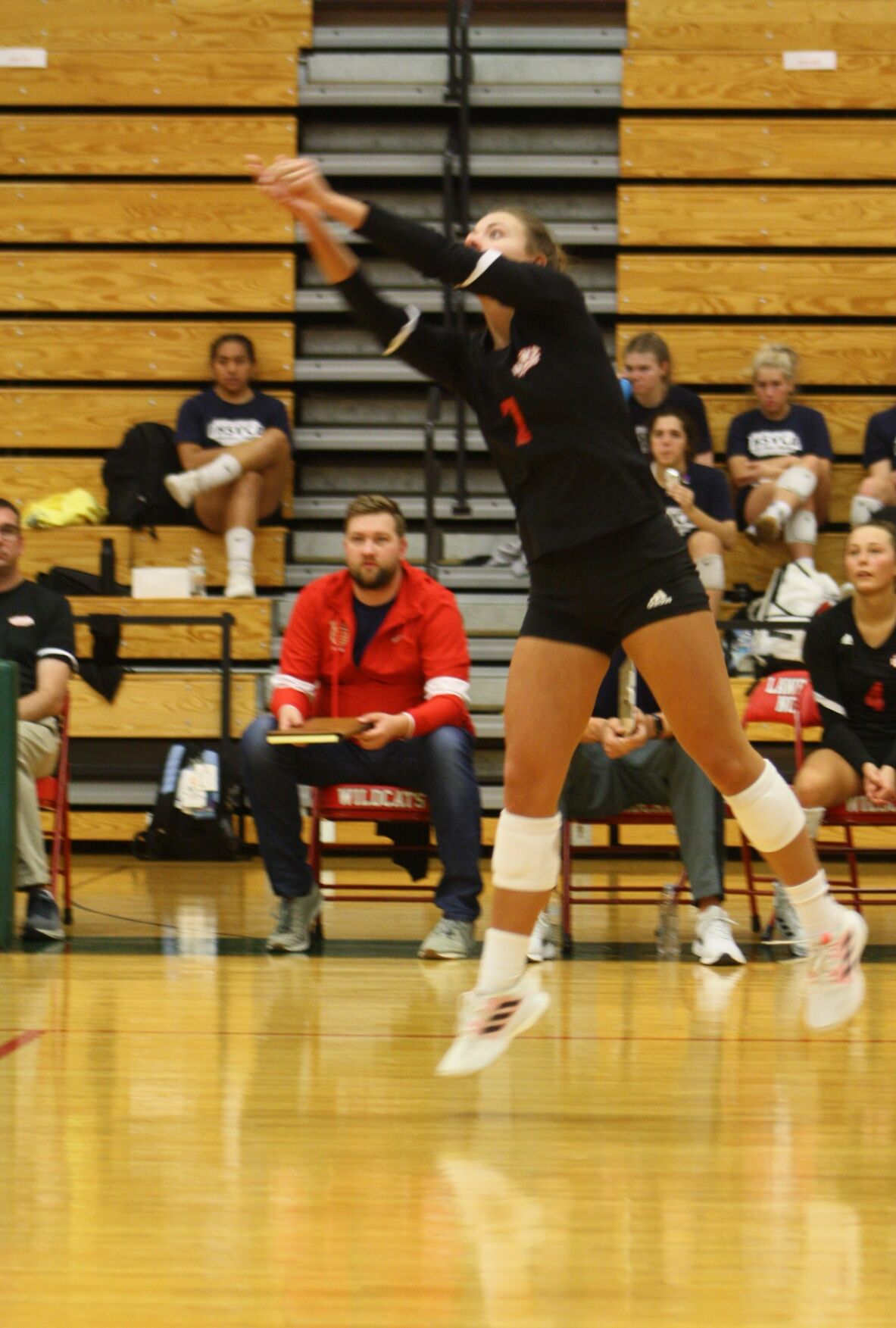 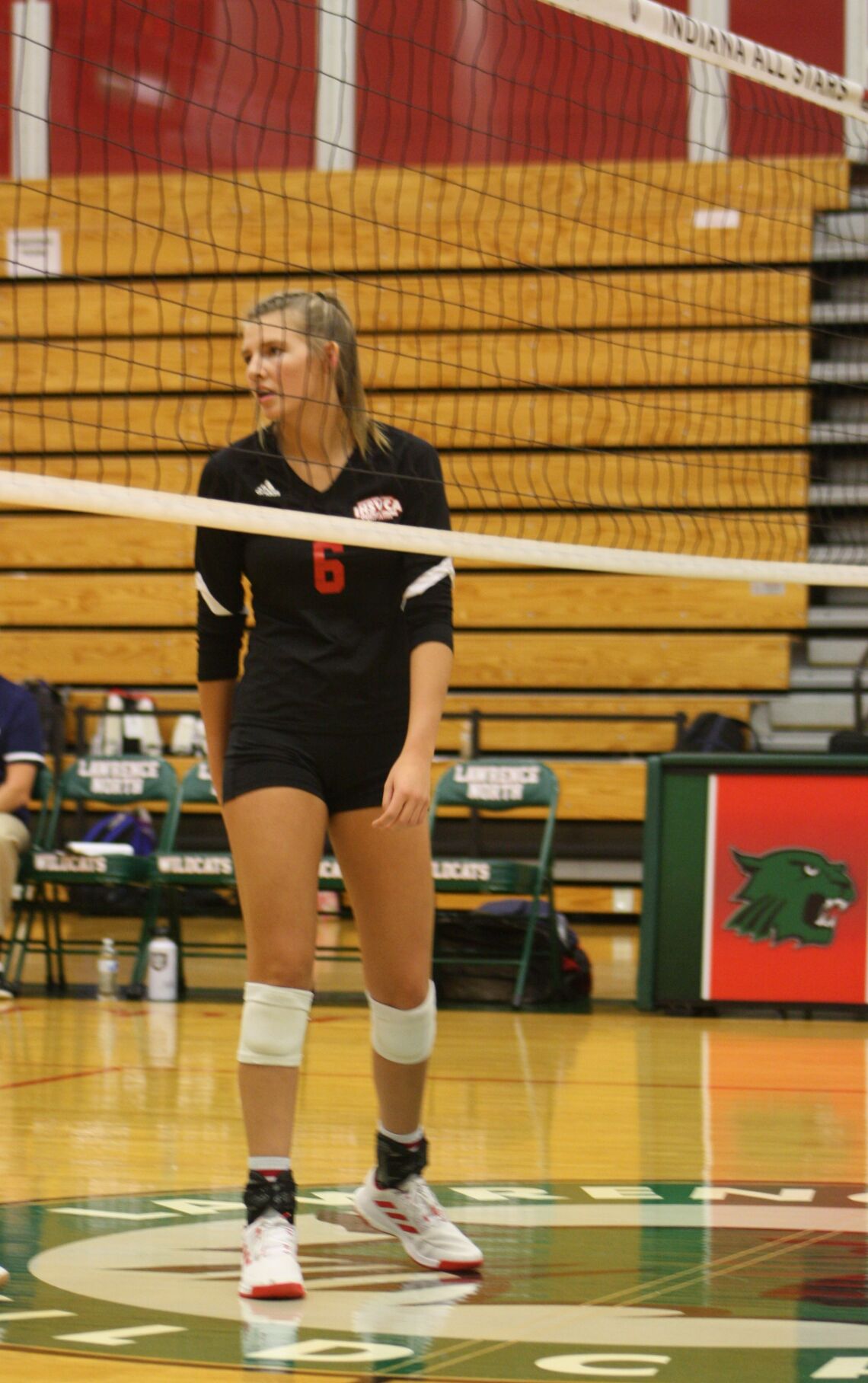 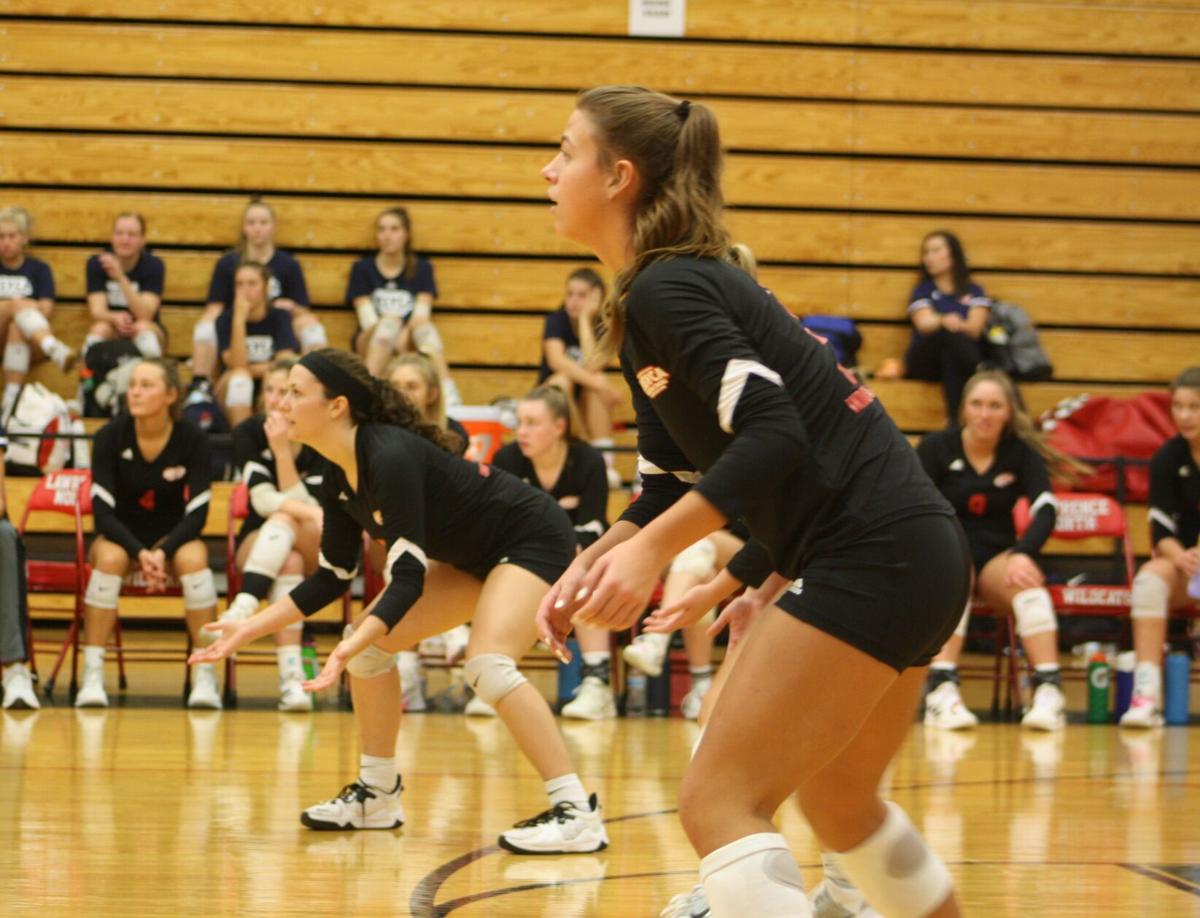 Alexandria's Taylor Stinefield gets ready to play defense along the back row during Sunday's IHSVCA All-Star Classic at Lawrence North High School in Indianapolis. 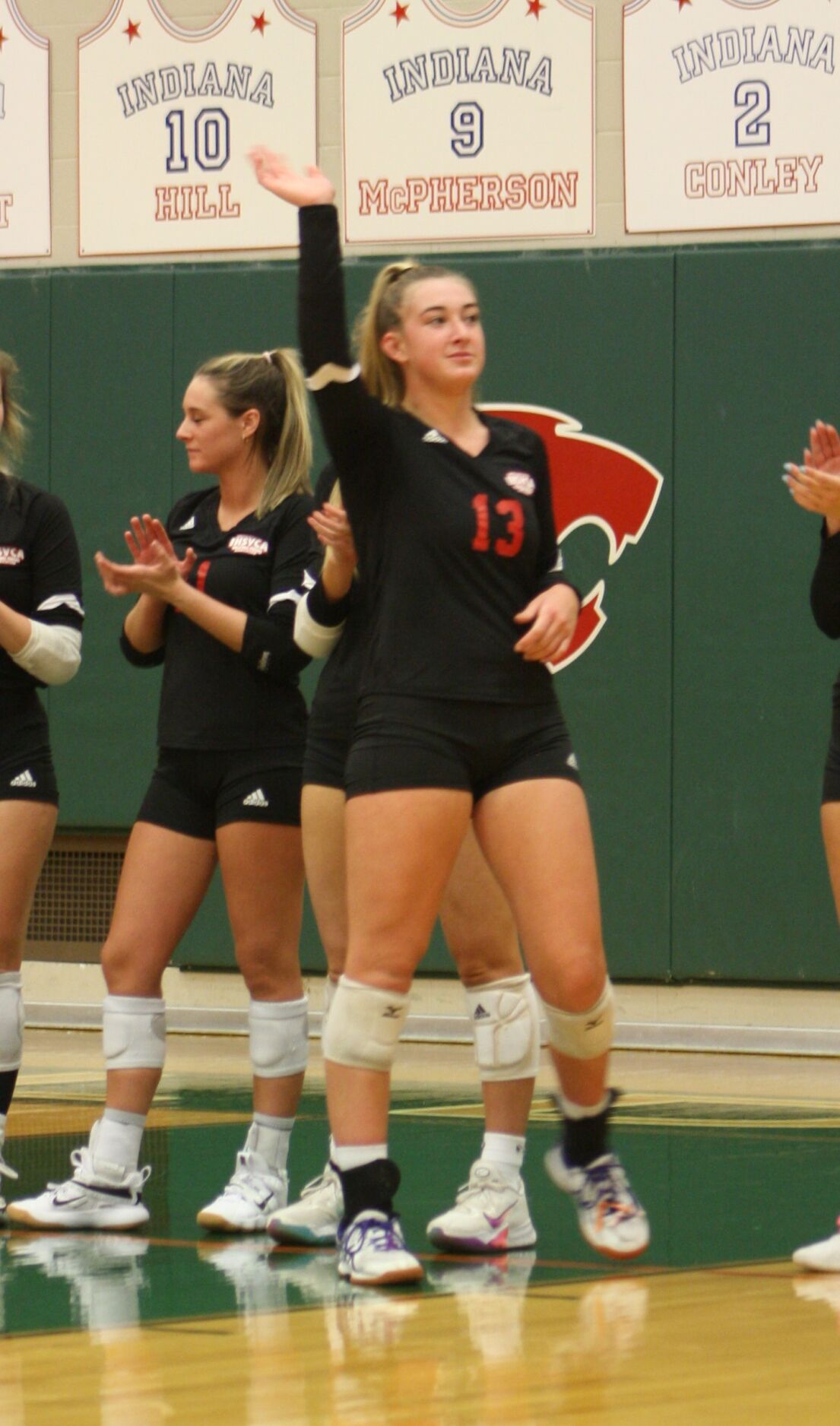 Frankton junior Adayna Key readies herself at the net during the IHSVCA junior all-star match Sunday in Indianapolis.

Alexandria's Taylor Stinefield gets ready to play defense along the back row during Sunday's IHSVCA All-Star Classic at Lawrence North High School in Indianapolis.

Two were bidding farewell to the sport, while the third is already looking forward to a bright future with her high school team.

For Alexandria’s Taylor Stinefield and Elwood’s Jaleigh Crawford — both recently named Class 2A Second Team All-State — Sunday’s 1A-2A Senior All-Star match was the swan song of their careers as neither plans to play in college. With Crawford having become the first Elwood player to reach both 1,000 kills and 1,000 digs in her career and Stinefield leading her team to a sectional championship this season, Sunday was a fun and fitting cap to their volleyball lives.

“Just being one good whole team and being all together was really fun,” Crawford said. “The energy was always up.”

“You would never have thought that none of us had played together,” Stinefield agreed. “We all bonded really fast.”

Neither is completely finished with sports. Crawford is swimming for Elwood this winter and will be a key returning component to the Panthers softball team in the spring, and Stinefield will be looking for a third straight sectional tennis championship with the Tigers in the spring, but both have enjoyed their years of high school volleyball immensely.

“I already thought my last match was against Madison-Grant,” Stinefield said, referring to this year’s regional semifinal. “I went home and was pondering that I’m done, but then All-Stars come and I have another match.”

“Like Taylor said, it was an honor to end it this way,” Crawford said. “We thought that was our last game and to get an extra game, it was awesome.”

In the match Sunday, Stinefield finished with four kills and four blocks while Crawford recorded a kill and a block and both recorded numerous digs for the North team which fell to the South in three sets — 25-20, 25-23, 30-28.

The third area competitor is far from finished with the sport, as junior Adayna Key from Frankton suited up for the North squad in the juniors game to open the day’s festivities. She recorded four kills as the South won two of three sets — 25-18, 25-23, 11-25 — but was thrilled with the opportunity to play alongside the talented players on both rosters from all four classes.

Key posted 195 kills and 73 blocks this season and is part of an Eagles team that won 21 matches and returns all but one player for next year. She is excited for the next season to get underway, even in November.

“I am super pumped, and I’m ready to get in the gym now,” she said.

All three players said they were honored to have been selected.

“I was super surprised and really excited,” Key said. “It meant it wasn’t the end of that season.”

“This is something I’ve dreamed of since Megan (Miller) was a senior,” Stinefield said. “For me to be an All-Star is awesome.”

“It’s an honor to be here,” Crawford added. “Even if we didn’t win, it was fun to get to play again.”