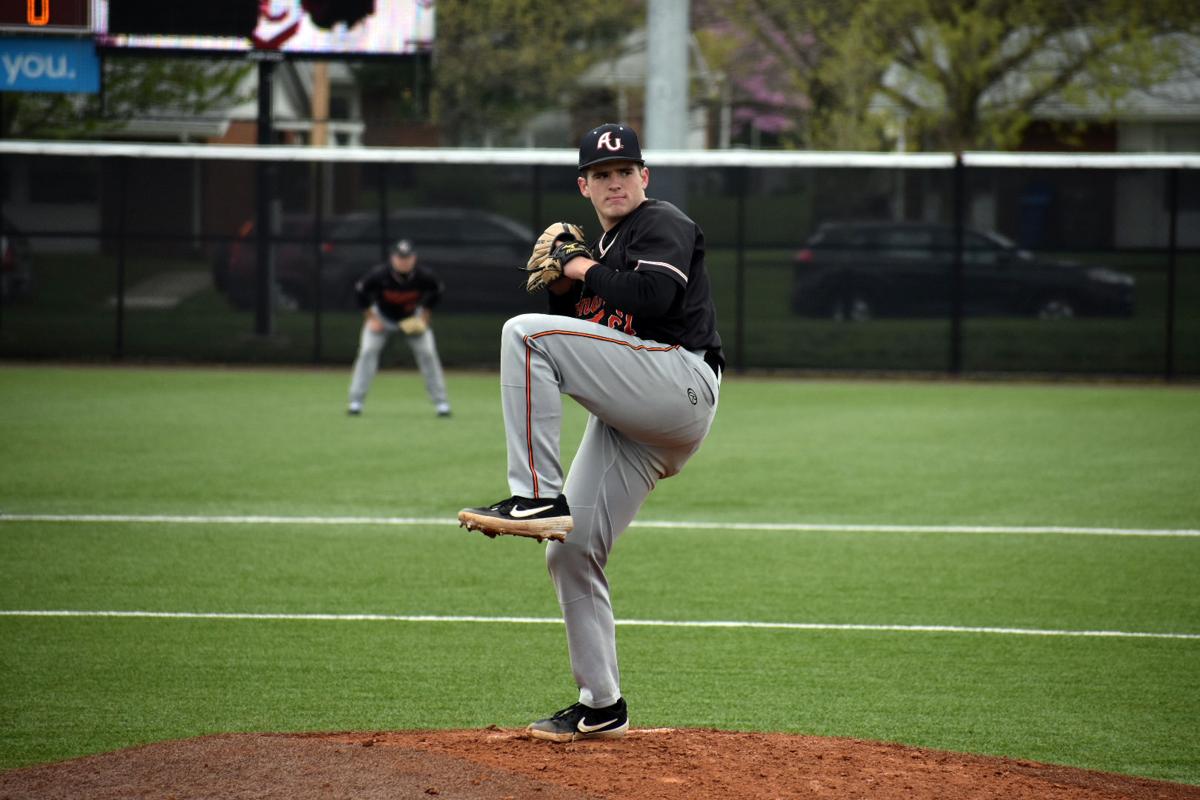 Anderson University pitcher Joe Moran had a 2-0 record with a 0.90 ERA and 32 strikeouts in 20 innings when the season was canceled last week. 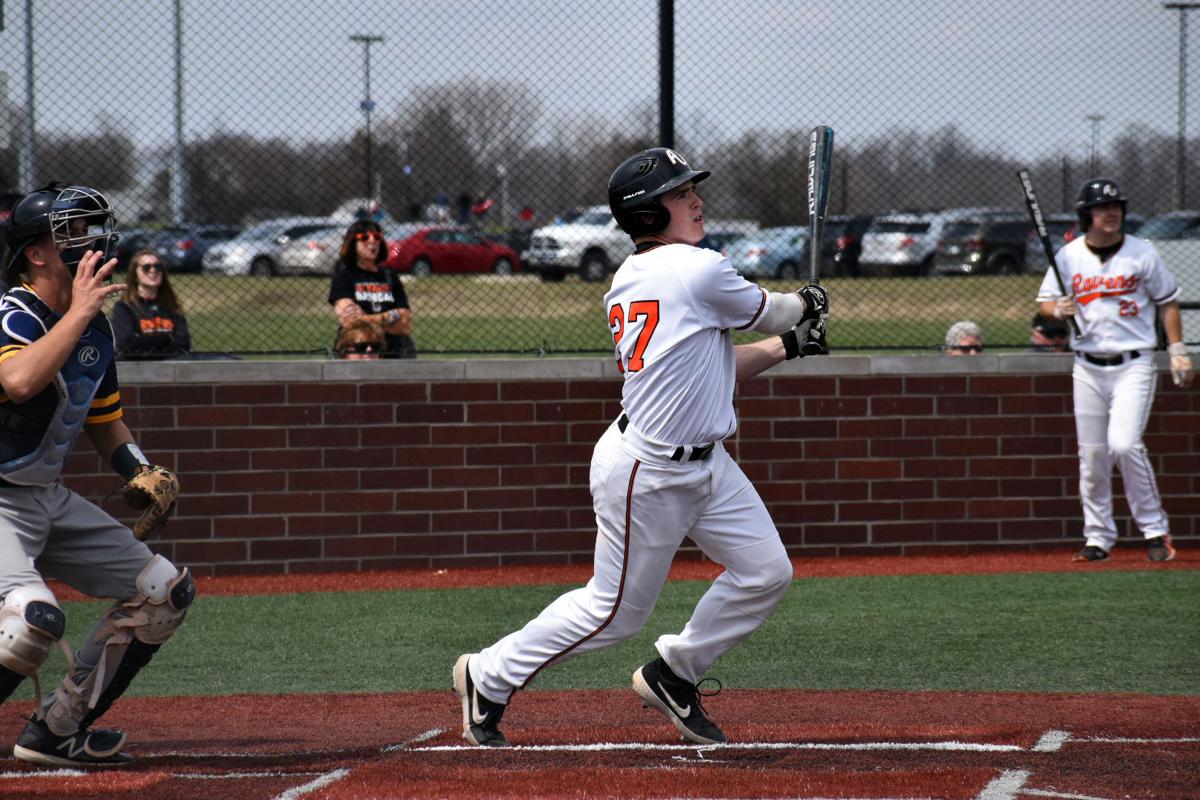 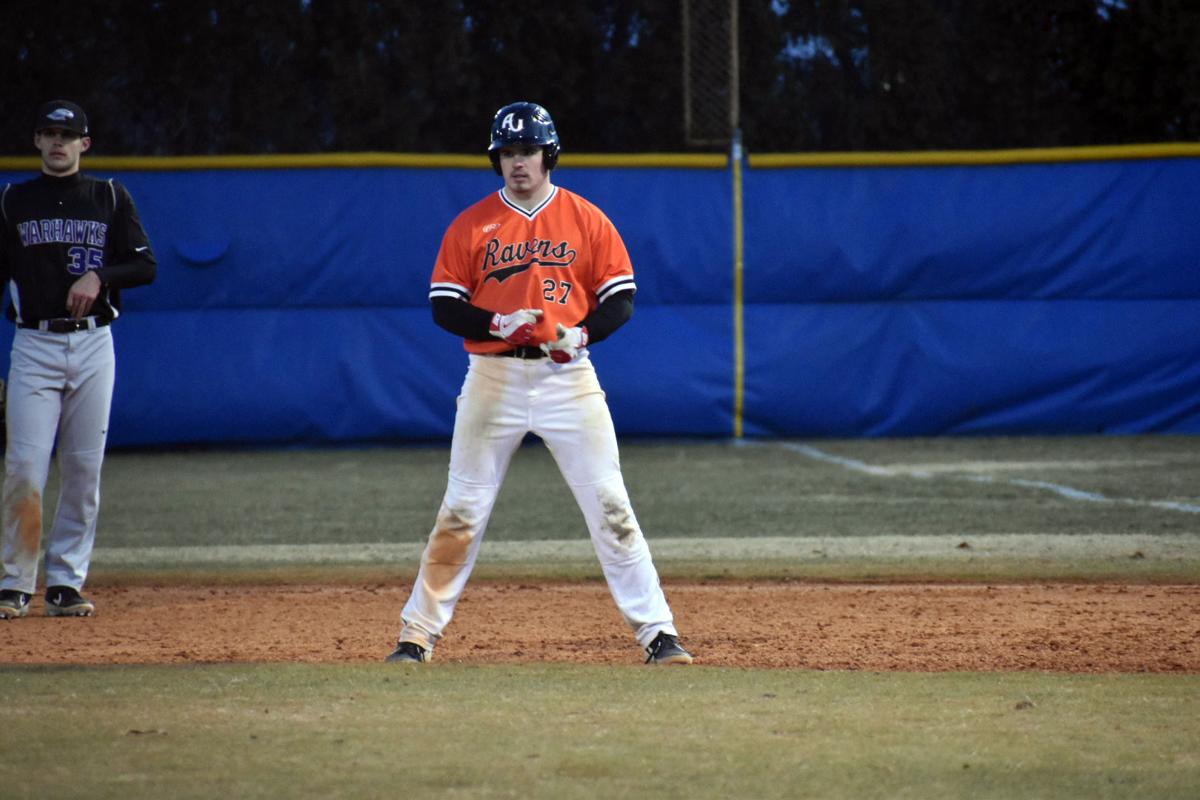 Anderson University’s Joe Moran is scheduled to become the first player in HCAC history to play in the prestigious Cape Cod League this summer.

Anderson University pitcher Joe Moran had a 2-0 record with a 0.90 ERA and 32 strikeouts in 20 innings when the season was canceled last week.

Anderson University’s Joe Moran is scheduled to become the first player in HCAC history to play in the prestigious Cape Cod League this summer.

ANDERSON – There may yet be time for Joe Moran to make his individual dreams come true this spring and summer.

But that won’t stop the Anderson University redshirt junior from mourning lost opportunities with his team.

This was the season the Ravens expected to make a breakthrough on the baseball diamond. They had the heart of last year’s team back and were gaining national relevance by the week.

The goals were sky high, with AU believing it could play with – and beat – anybody in the country.

Then, in the span of about 24 hours, it all came crashing down.

Moran and his teammates had just landed in Florida for their annual spring break trip a little more than a week ago when the reports started to roll in. The NBA season was suspended. The start of the Major League Baseball season was delayed. The NHL also was taking a break from play.

By the time March Madness was canceled and the NCAA called off all of its spring championships, the writing was on the wall.

The Ravens played none of the nine games they had scheduled in the Sunshine State.

It would be another week before Anderson’s baseball season also fell victim to the global coronavirus pandemic.

“It obviously sucks,” Moran said during a phone interview Saturday. “We had a chance to do something really special in my opinion. Bringing the team back from last year, which at times was beating really good team, nobody in the nation was gonna beat us.”

AU was 6-3 and inching toward a top-25 ranking when its season was called off. The trip to Florida was supposed to bolster the resume. Some of the top teams in the country were on the schedule, and wins would have propelled the Ravens even further into the national conversation.

Now, all that’s left is to wonder what might have been.

“We had our best out there, and we were putting our best foot forward,” Moran said.

He hopes to continue on that path once the threat of the virus has passed.

Moran set some high goals for himself this season, chief among them being selected in the Major League Baseball amateur draft.

That event might be delayed from its scheduled June start, and it’s hard to tell what impact the cancellations of college and high school games across the nation will have on the selections.

But there’s no doubt Moran has the pros’ attention.

But his real damage was done on the mound, where he also garnered first team All-HCAC honors. There Moran posted a 7-1 record with a 3.20 ERA and 66 strikeouts in 59 innings.

The big leap followed over the summer when he made the decision to compete in the prestigious Northwoods League, a college prospects circuit with alumni that include current major league stars Chris Sale and Max Scherzer.

The league is designed to mimic the rigors of professional baseball. Teams play 74 games over a 72-day period, and road trips are made by bus.

Moran played for the Thunder Bay Border Cats, based in Ontario, Canada, and the shortest bus ride was nearly four hours to Duluth, Minnesota. Most other trips took eight hours or more.

The Border Cats routinely arrived in a new city around 7 a.m. and played that evening.

“It was a blessing just to get the opportunity to get into the Northwoods League,” Moran said. “It’s something I always wanted to do, but it was always kind of intimidating to me.”

He knew a friend who had played in the league and struggled. That friend’s contract was canceled before the end of the season, and he was sent home empty-handed.

That underscored the serious nature of the competition, but it also ultimately helped Moran decide to play.

“I knew I would get the chance to compete against some of the best competition in the entire country,” he said. “I gotta go and chase my dreams. I can’t let fear block any of that.”

There’s no doubt he made the right call.

“The biggest and most important part about being a successful pitcher is your mentality,” Moran said, “and my mentality got so much stronger over that summer.”

As his confidence grew, so did his results. So much so that Moran came into the season believing NCAA Div. III hitters simply couldn’t touch him.

The early results bore that out.

Five major-league scouts showed up to his lone home start – a three-inning outing against Albion during which he was being held back for the Florida trip.

It was exactly the kind of start to the season he envisioned, but now he’ll never get to see how it could have finished.

Instead, Moran is looking forward to the Cape Cod League, scheduled to begin in May. He’ll become the first player in HCAC history to compete in the nation’s most respected college prospect showcase.

Then he’ll wait to hear his name called in the draft.

Scouts rarely talk directly with players, but Moran has gotten plenty of feedback through AU coach Mathew Bair. Very little of it has been negative, but there is a risk organizations assume in drafting Div. III talent.

They want to see dominance at this level, and for Moran that means strikeouts.

A scout from the Chicago White Sox suggested he add another wipeout pitch to his arsenal. So Moran worked up a slider to go with his fastball, change-up and curve. It’s now the pitch on which he gets most of his punchouts.

“The slider’s kind of become my ‘out’ pitch,” Moran said, “and it’s the pitch I get a lot of swings and misses on.”

Velocity is another key. Moran has hit 94 to 95 mph on the radar gun at times, but he needs to throw in that range with consistency. That means much of his time now is spent working on mechanics and fundamentals to increase power and speed.

Somehow, Moran has found a measure of peace amidst the chaos. Athletes are taught from a very young age to control what they can control and let everything else play out as it will.

Sticking with that philosophy, Moran is approaching each day with a positive mindset and a goal to improve. He believes that’s the best way to get where he wants to go.

There’s no doubt in his mind AU was in for one of its most special baseball seasons ever, and he believes the program some day still will reach great heights.

In fact, if he’s learned one thing through his baseball journey, it’s never to believe in artificial limits.

“I can be one of the best players in the country,” Moran said. “I truly believe that.”