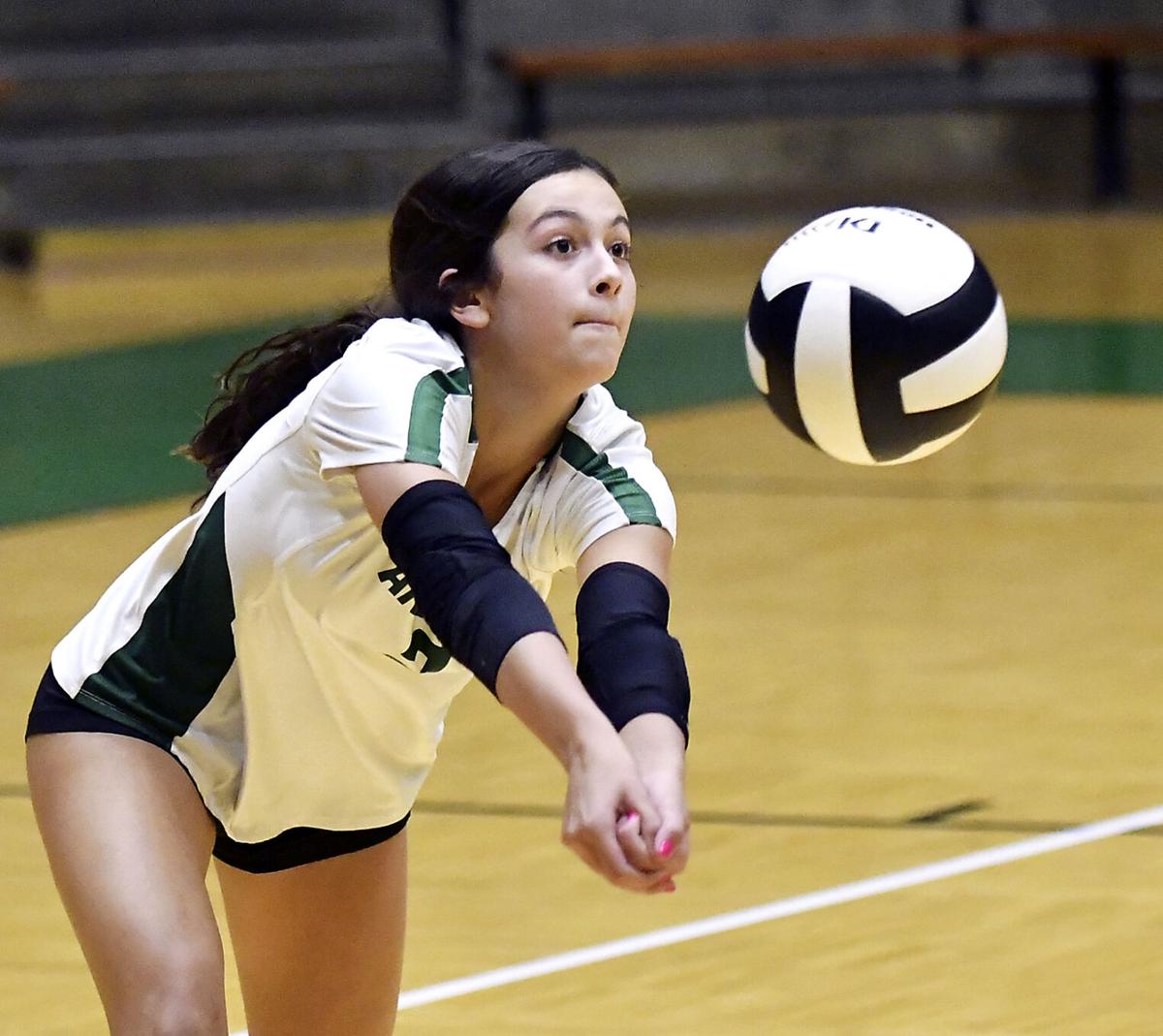 Pendleton Heights’ Ramsey Gary eyes the ball as she returns a serve. 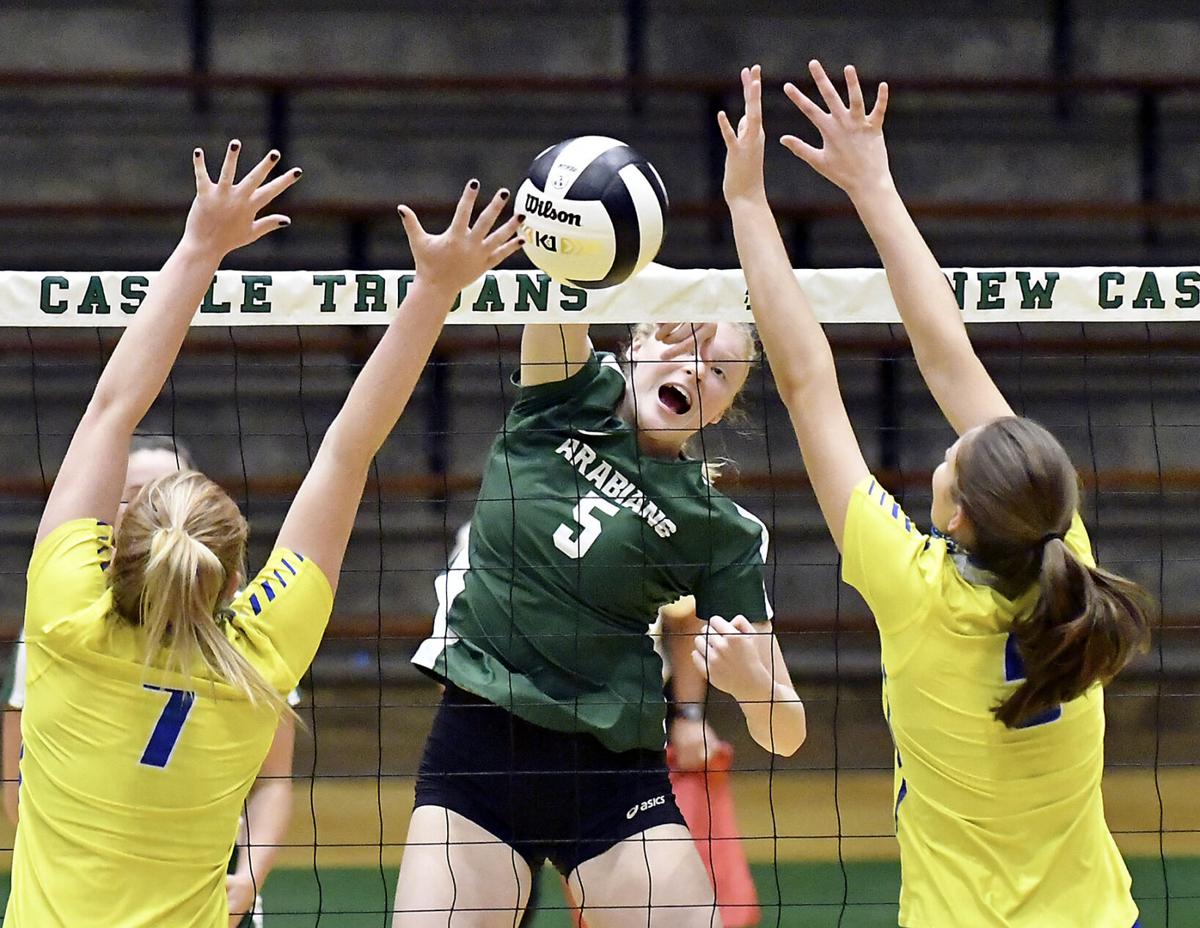 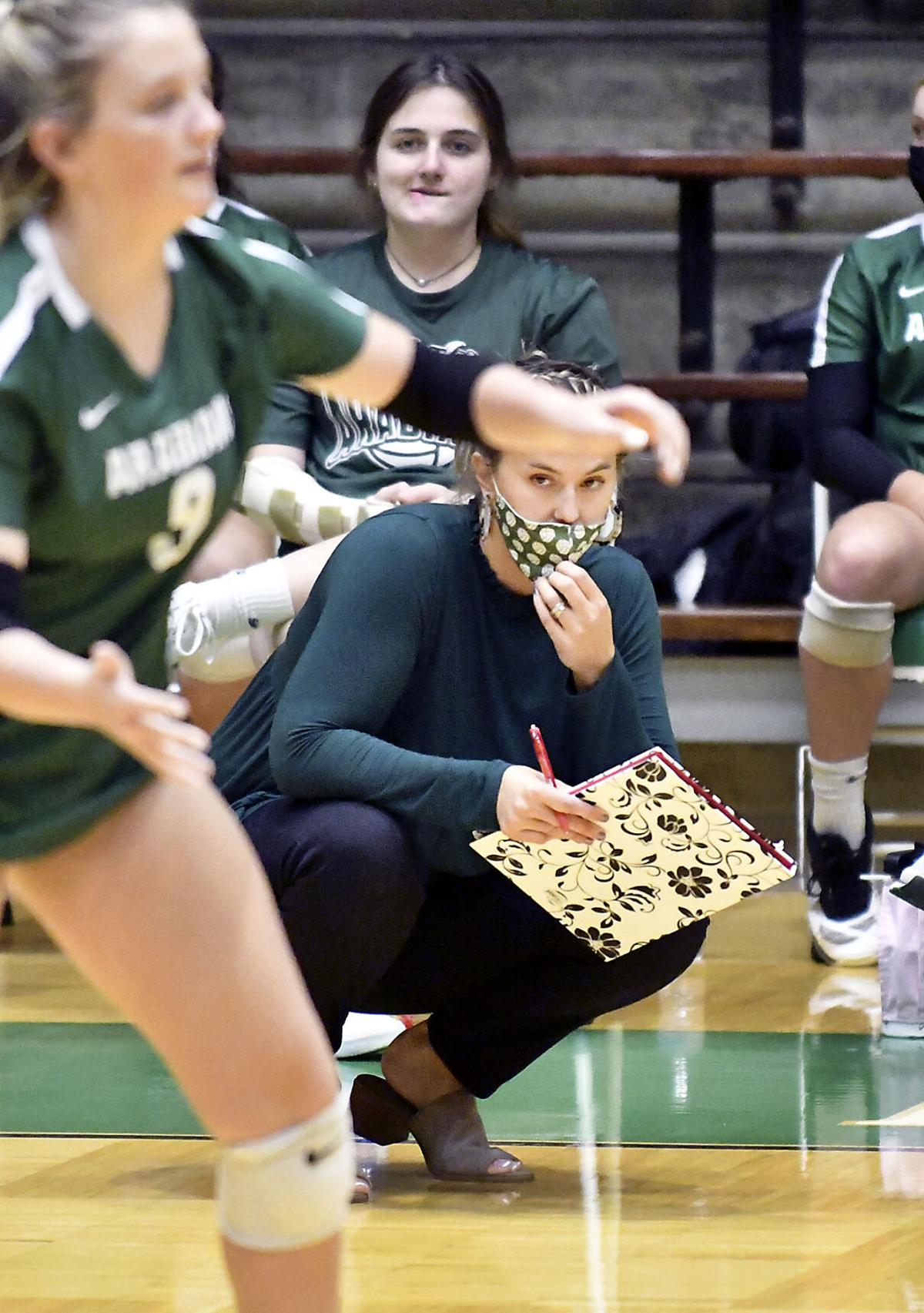 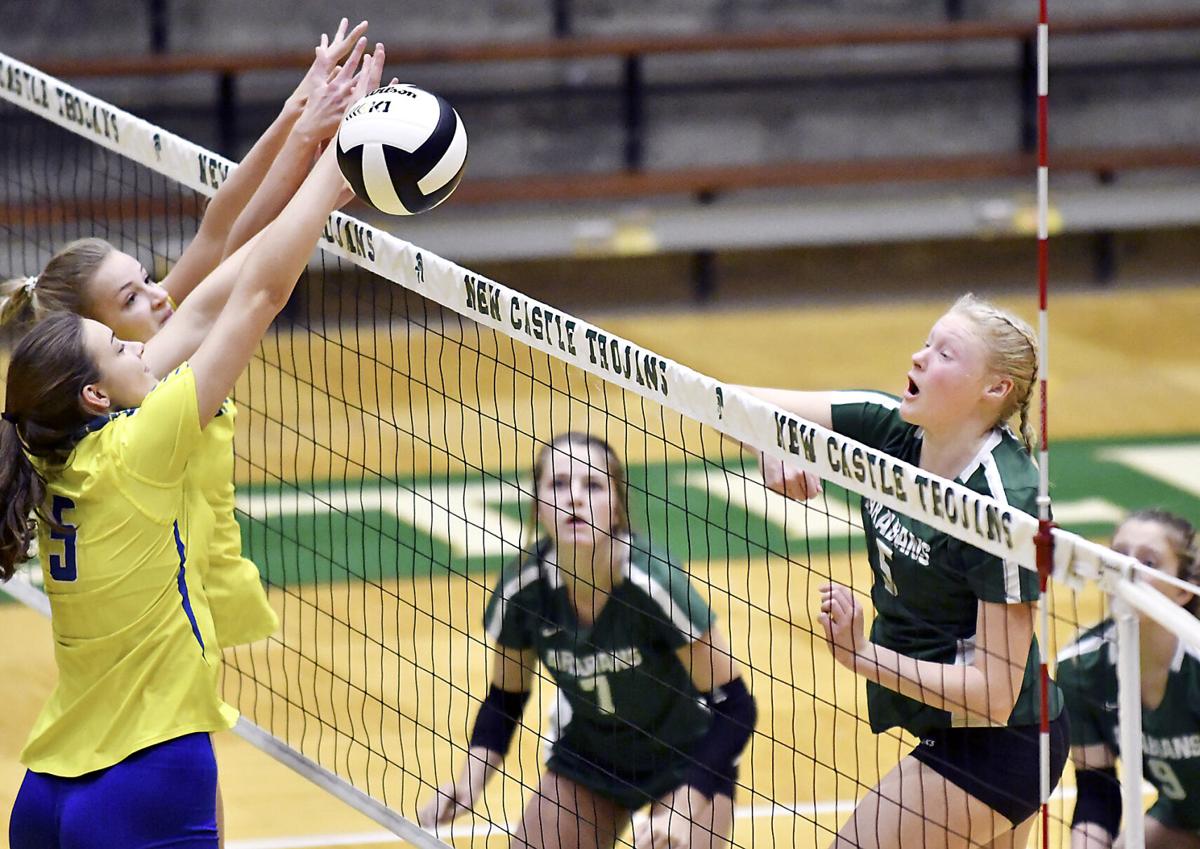 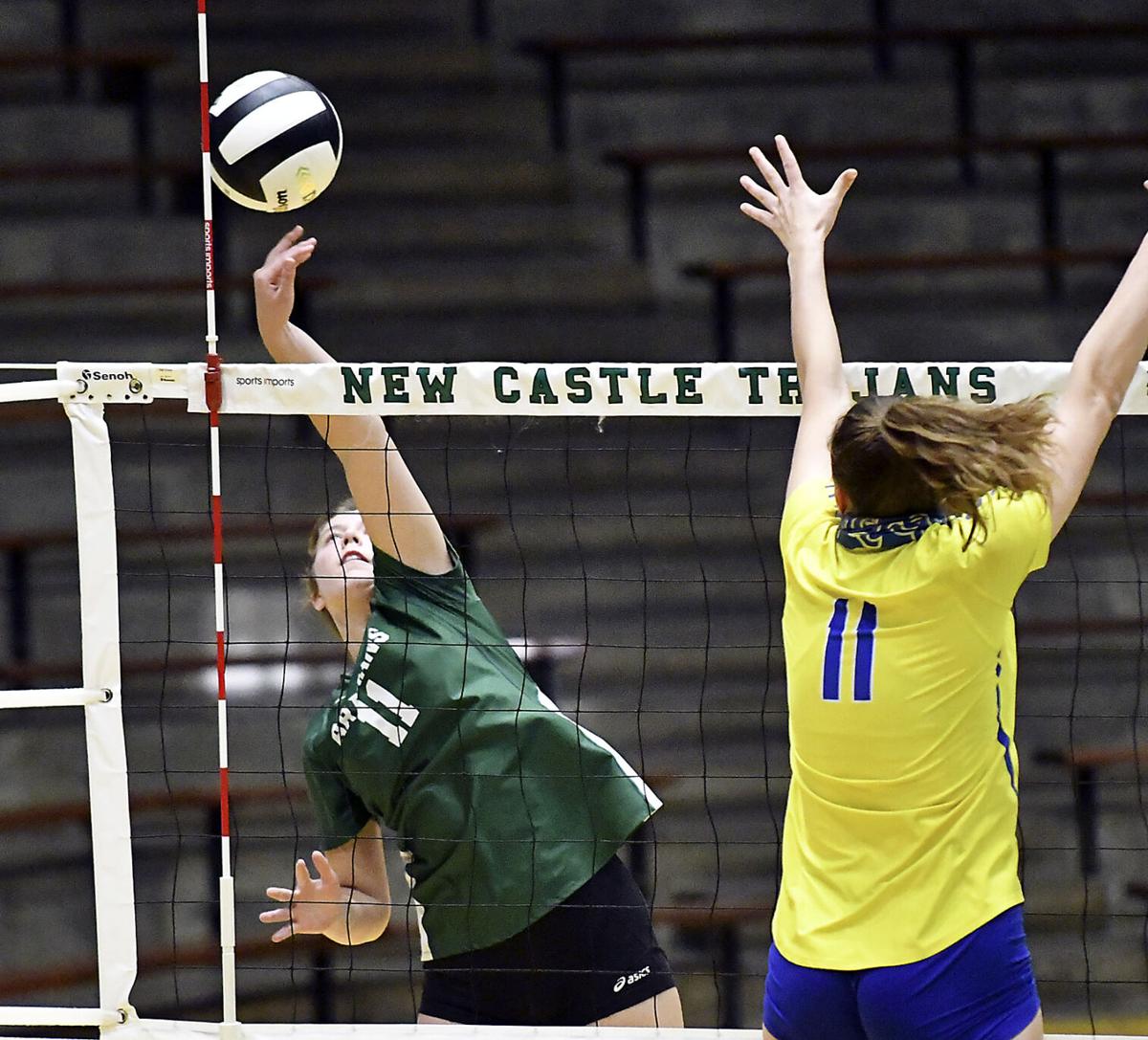 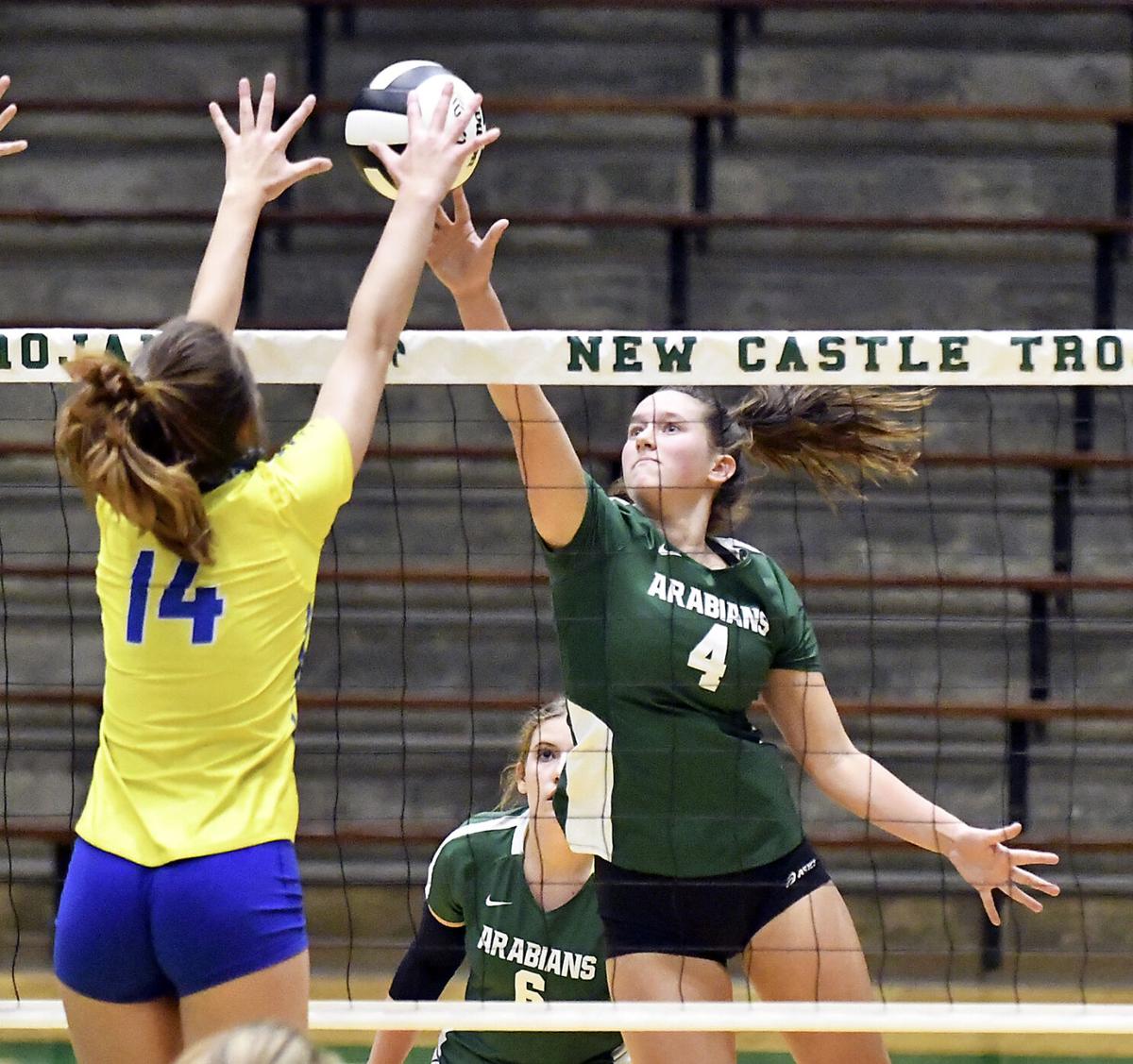 Pendleton's Hannah Grile tries to tip the ball over the reach of Greenfield-Central's Brookelyn Herrell. 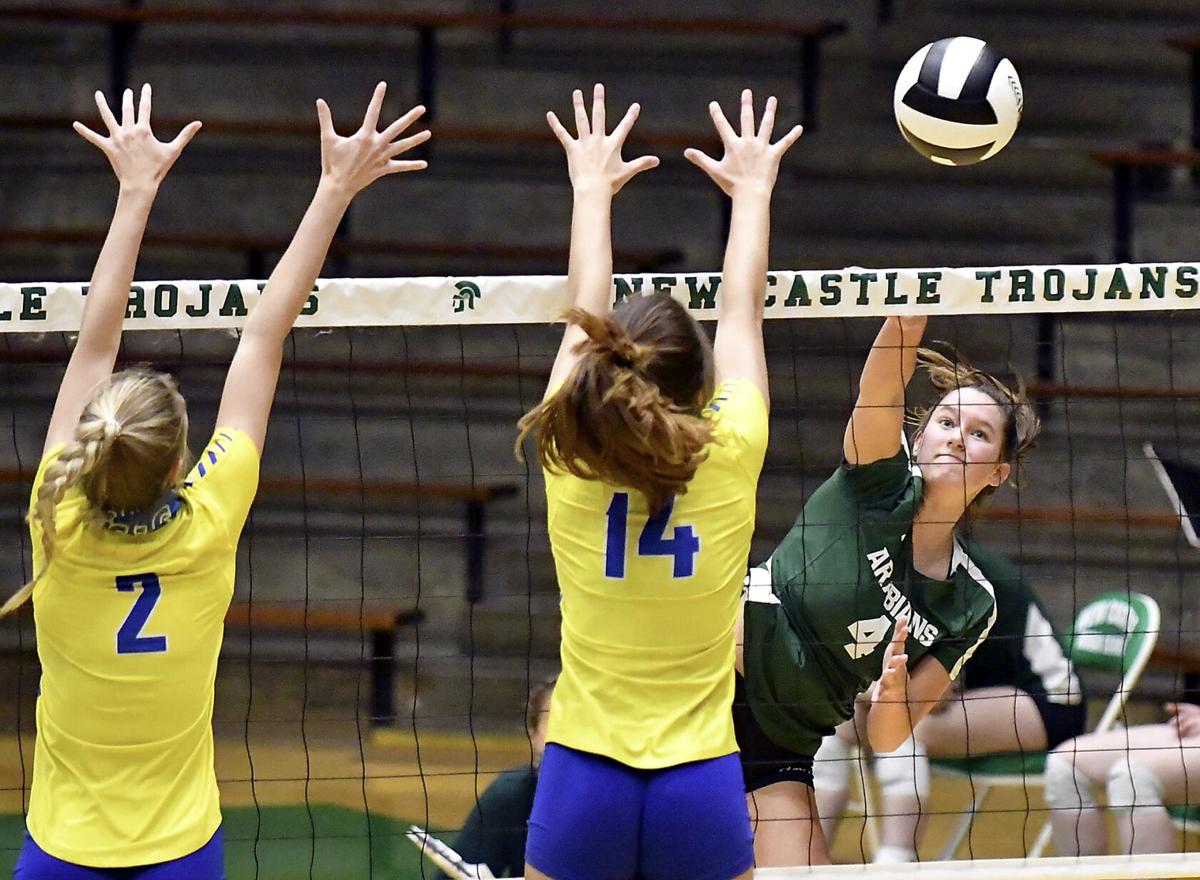 Pendleton Heights’ Ramsey Gary eyes the ball as she returns a serve.

Pendleton's Hannah Grile tries to tip the ball over the reach of Greenfield-Central's Brookelyn Herrell.

NEW CASTLE — The year may have changed, but the venue and the results were very much the same as both Pendleton Heights and Anderson were swept out of Sectional 9 at New Castle’s Chrysler Fieldhouse on Tuesday evening.

The Arabians’ season, which included a third straight Madison County title, ends at 20-9 after a 25-12, 25-15, 25-18 loss to Hoosier Heritage Conference rival Greenfield-Central in the sectional opener. Although the Indians showed vast improvement under first-year coach Beth Etchison, they were no match for the ninth-ranked team in Class 4A, Mount Vernon, falling 25-7, 25-5, 25-11.

These were the same first-round matchups as a season ago. Pendleton Heights defeated G-C 3-0 in 2019 before falling to Mt. Vernon, who had routed the Indians in the first round.

Anderson’s season ends at 4-18 while Mount Vernon (21-4) won its 10th straight match and will meet Greenfield-Central (20-8) in the first semifinal Saturday.

The Cougars pounced on the Arabians to the tune of a 19-3 start of the first set and never looked back.

In a preview for how the rest of the match would go, the one time the Arabians showed signs of life in the opening stanza was a six-point service run by sophomore libero Ramsey Gary, which included two aces. While the run pulled the Arabians to within 19-10, that was as close as they got in the first set.

“I thought she was a competitor tonight,” PH coach Blair Barksdale said of Gary. “Midway through the first set, she came out strong and really turned it on.”

In the second set, another five-point run from Gary, who led all players with seven aces, staked the Arabians to a 6-2 lead.

That lead was short-lived, however, as the Courgars — led by senior Ava Antic and her 10 kills — roared back to outscore the Arabians 23-9 for the remainder of the set.

To start the third set, Barksdale and the Arabians — without star junior Avery Ross or sophomore Whitney Warfel, both out with injury — handed the ball to Gary to serve.

She opened with four straight points, and after the Cougars had come back to take a 14-12 lead, Gary got the serve and again hammered out four straight points for a 16-14 advantage. But G-C scored the last seven points, to take the lead for good at 19-18 and finish off the Arabians in sectional play for the second straight year.

Junior Gabby Ennis and freshman Mikala Ross led the PH attack with five kills each, and junior Olivia Wright distributed 18 assists for a team that returns all its pieces for next season.

“I definitely thought we’ve grown from July, especially when we didn’t have a spring season and not much of a summer,” Barksdale said. “We’re excited to have everyone back. We’re really excited to have the entire group to build on what they’ve already done.”

Improvement was also the name of the game for Etchison and the Indians, who doubled their win total from a year ago, when she took over midseason as interim coach.

“Yeah, we doubled our wins, and we beat a couple of decent teams, but the difference to me is that in each game, we had competitiveness,” Etchison said. “There weren’t a lot of games this year where we went out and got beat 25-7, 25-7, 25-7.”

The Indians were led by senior Lexi Swanson and junior I’Leigha McKenzie with three kills each, and junior Lauryn Williams handed out eight assists. McKenzie also had the lone service ace the Indians recorded.