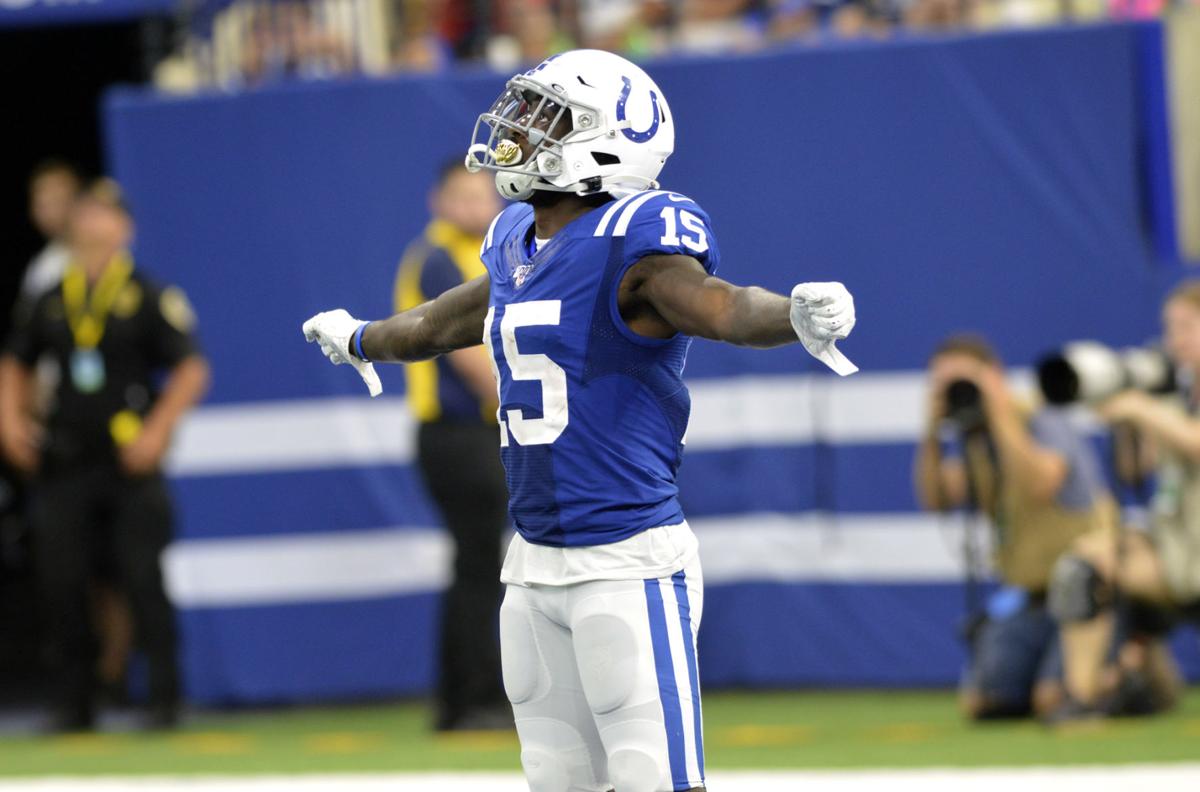 Indianapolis Colts wide receiver Parris Campbell signals for a touchback to the special teams players against the Atlanta Falcons on Sept. 22 at Lucas Oil Stadium. 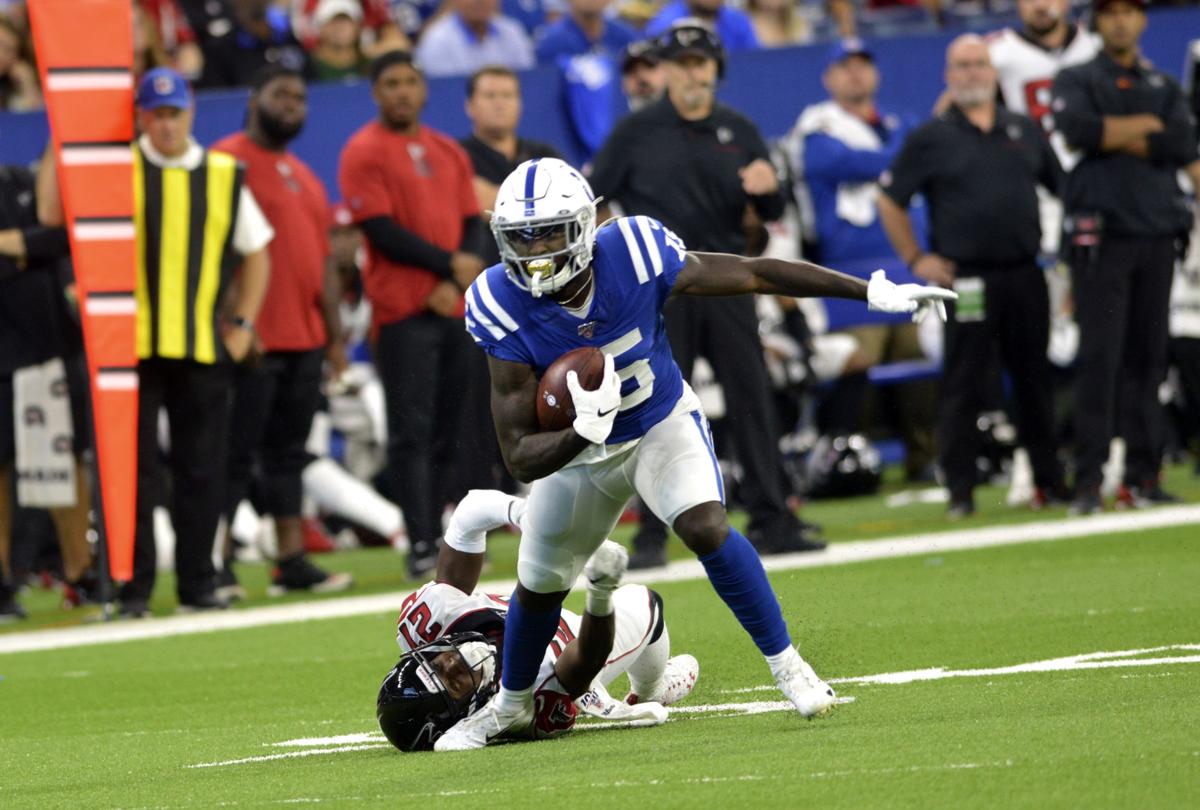 Indianapolis Colts wide receiver Parris Campbell signals for a touchback to the special teams players against the Atlanta Falcons on Sept. 22 at Lucas Oil Stadium.

INDIANAPOLIS — It’s been easy to overlook Parris Campbell this spring.

Out of sight, out of mind. That describes the second-round wide receiver’s rookie season in a nutshell.

A player who had never before suffered a serious football injury suddenly found himself sidelined for nine games. The bad luck started with an injured hamstring that kept Campbell out for nearly the entire preseason.

From there, it was one trial after another – a sports hernia in September, a broken hand in November and finally a season-ending broken foot in December.

Campbell never had time to settle into a role, and there were only brief flashes of the potential that had Indianapolis Colts head coach Frank Reich raving about the wide receiver on draft day.

For the first time in his football life, Campbell faced real adversity.

“It was something I was challenged with,” he said during a conference call last week. “I learned a lot about myself. I learned to take challenges head on. I’m not running from them, and I really feel like I came up on top of them.”

He has no choice.

There’s no sympathy in the NFL. Injuries happen, players succeed or fail and business moves on either way.

While Campbell was sidelined, Zach Pascal capitalized on the opportunity to deepen the trust he’s earned from coaches and teammates. And the Colts used their first pick this year – No. 34 overall – to select Southern California wide receiver Michael Pittman Jr.

There’s no spot being held open awaiting Campbell’s return. He’ll need to earn his role, and he knows it.

He’s fully recovered from the foot injury and has been running full speed during workouts. He’s also put a special focus on stretching, massages and other preventative measures aimed at keeping him on the field.

That’s part of what the 22-year-old learned from his lost season, and he’s determined to prove he’s still the explosive playmaker Indianapolis believed it was drafting a year ago.

“I am going in with the mindset that it’s a new year,” Campbell said. “I have kind of transformed myself into a pro, and I have been able to see at least one season – maybe it’s not all 16 games, but I’ve seen just from watching and being in it, just getting the experience of being an NFL player. Just having that experience has helped me a lot.

“I know it’s only one year. There is tons of more stuff to learn and tons more stuff to do, but it was a good foundation for me even though it didn’t go the way I wanted it to go.”

The Colts certainly aren’t ready to throw in the towel.

Reich retains his belief the speedy receiver is capable of even more than he showed during his star turn at Ohio State, where he was used largely as a “gadget” weapon out of the slot.

But he admits Indianapolis needs to see more.

In addition to the game time Campbell missed, he lost thousands of valuable practice snaps. The details that go into success at the highest level come through constant repetition, and Campbell simply wasn’t available for that process as a rookie.

The coronavirus pandemic again has limited his work with the team this spring, but Reich believes the receiver is on the right path.

“I’m proud of the way Parris has been handling the offseason,” he said. “He’s been doing everything possible. I mean, he’s working out hard. I’m staying very much in touch with him, with the trainers, what he’s doing and just watching that whole process unfold. He’s really determined.”

Indianapolis native Terry McLaurin was Campbell’s roommate at Ohio State. A third-round pick by the Washington Redskins, McLaurin caught 58 passes for 919 yards and seven touchdowns in 14 games as a rookie.

That’s the kind of impact expected of Campbell, and his competitive side bristled at his lack of production compared to others in his draft class. Campbell had just 18 receptions for 127 yards and one score.

But he’s far from discouraged.

McLaurin was part of a support system that included several family members and Campbell’s own young child. That village saw him through the tribulations of 2019, and he believes he’s emerged stronger on the other side.

He has a goal of playing in all 16 games this year.

Everything else can take care of itself from there.

“There are other things that I have that I really want to keep to myself right now but just main goals are having my routine and playing all games.”