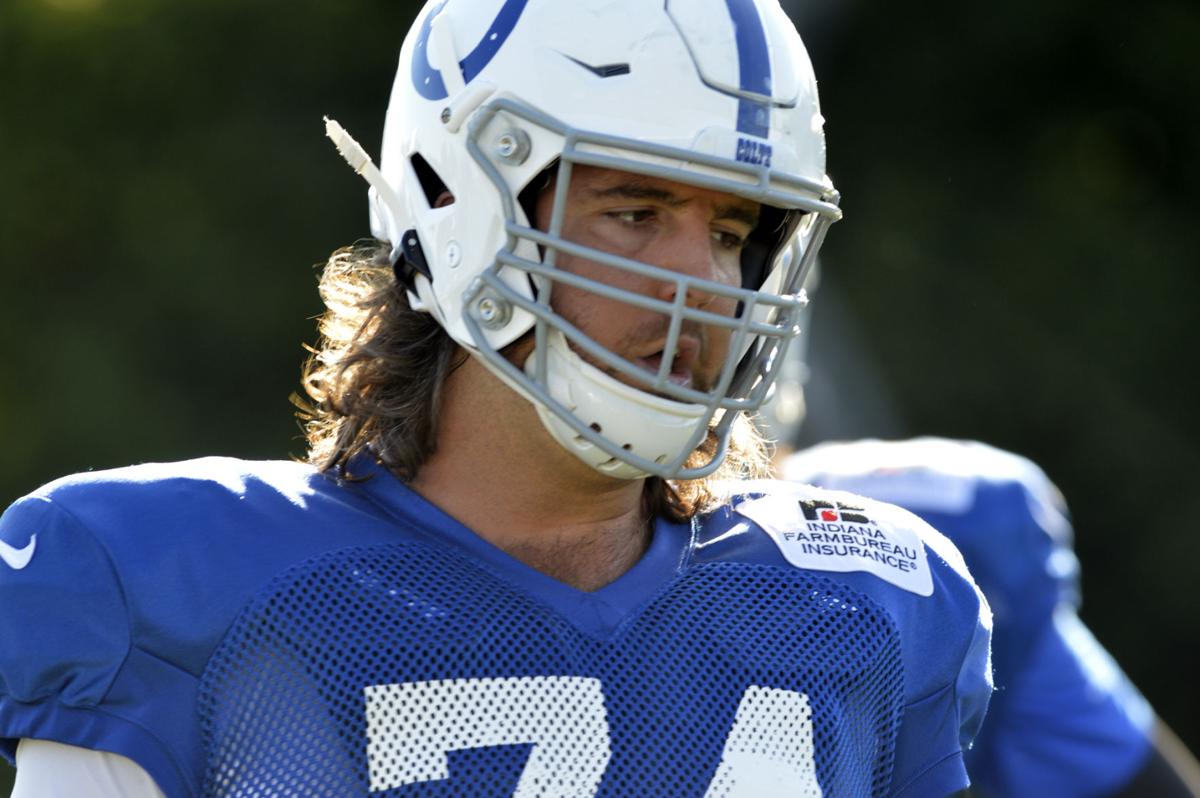 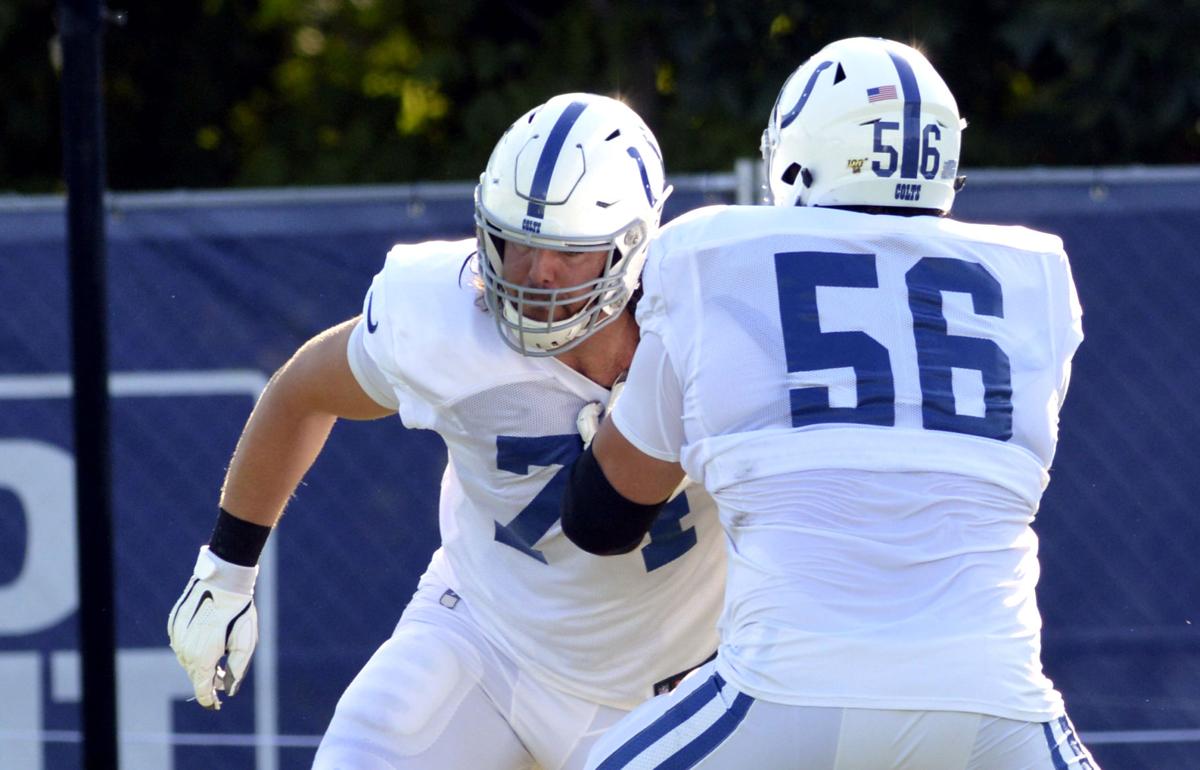 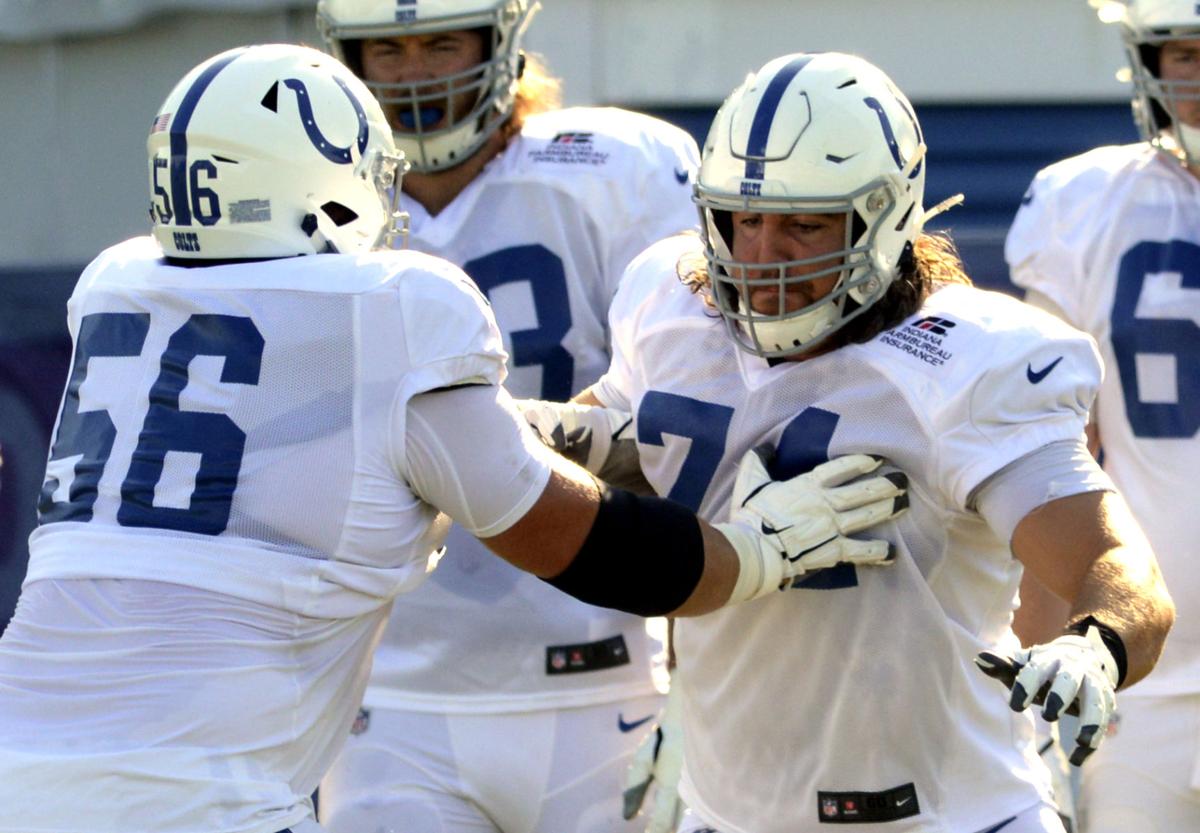 WESTFIELD — Bill Polian made a guest appearance at training camp Sunday in his current role as an analyst for Sirius/XM NFL Radio.

The former Indianapolis Colts front-office boss got to spend time interviewing the final first-round pick he added to the roster — left tackle Anthony Castonzo, drafted out of Boston College in 2011.

It was a welcome reminder of days gone by for the 31-year-old offensive lineman. His body has provided an even better blast from the past every day in practice.

Castonzo insists he feels better now than he has at any point since he was a rookie, and the Colts soon could reap the benefits.

“I get in the weight room every day, just making sure I keep my legs strong and keep my hips right,” Castonzo said. “I’m still feeling good. It kind of allows me to focus on my technique more because I’m not worried about pains and avoiding certain things.”

Entering his ninth season, Castonzo feels like he’s still getting better at a point in his career when many players begin to decline.

He gives the bulk of the credit to Indianapolis’ strength and conditioning program under legendary director Rusty Jones.

He’s also been refreshed by the new approach offensive line coach Chris Strausser has brought to his job.

Basic technique remains pretty consistent across the league, but Strausser has stressed different angles that close the gap between the offensive and defensive linemen and give the defenders less room to set up their pass-rush moves.

It’s a work in progress, but Castonzo likes what he’s seeing thus far.

“There’s a little bit less margin for error, just because you’re closing the distance a little bit more,” he said. “But, at the same time, it also makes it harder on the defensive end. So, if you do it correctly, it definitely creates a better pocket.”

If there’s any slip in his new technique, it will show quickly.

That’s due to the final piece of the puzzle in Castonzo’s personal fountain of youth — free-agent addition Justin Houston.

The four-time Pro Bowler creates constant chaos on the practice field and literally keeps Castonzo on his toes. If his technique is off just a little, Houston will seize on the opening and win the rep.

It’s a challenge that actually brings a smile to Castonzo’s face.

“He’s a student of the game,” Castonzo said. “He’s analyzing my set as I set. You can tell he can process information really quickly, and I think that’s what separates the really good players from the great players.”

Houston — a 30-year-old defensive end who spent his first eight NFL seasons with the Kansas City Chiefs — finds the battle just as invigorating.

The pair of veterans often will compare notes after practice, critiquing one another’s approach and sharing what they saw from the other side of the ball.

It’s a symbiotic relationship that should make both players better.

“He’s very experienced,” Houston said early in training camp. “He’s been in the league for awhile, and his technique is amazing to me. I love the way he works his hands. It’s constantly got me working because he never does the same thing over and over.

“So it makes it hard for me to try to figure out what he’s doing. I can never figure him out. So he’s just constantly got me working and thinking at all times.”

Castonzo sat out the preseason opener last week against the Buffalo Bills, but he’ll get his first look at a new opponent Wednesday when the Cleveland Browns visit Grand Park for a pair of joint practices.

It will likely be the first test for the first-string offensive line against another team expected to contend for an AFC championship this year.

Though Castonzo is taking the lofty expectations in stride.

With only three practices remaining in training camp, the Colts were on the field Sunday for a padded practice.