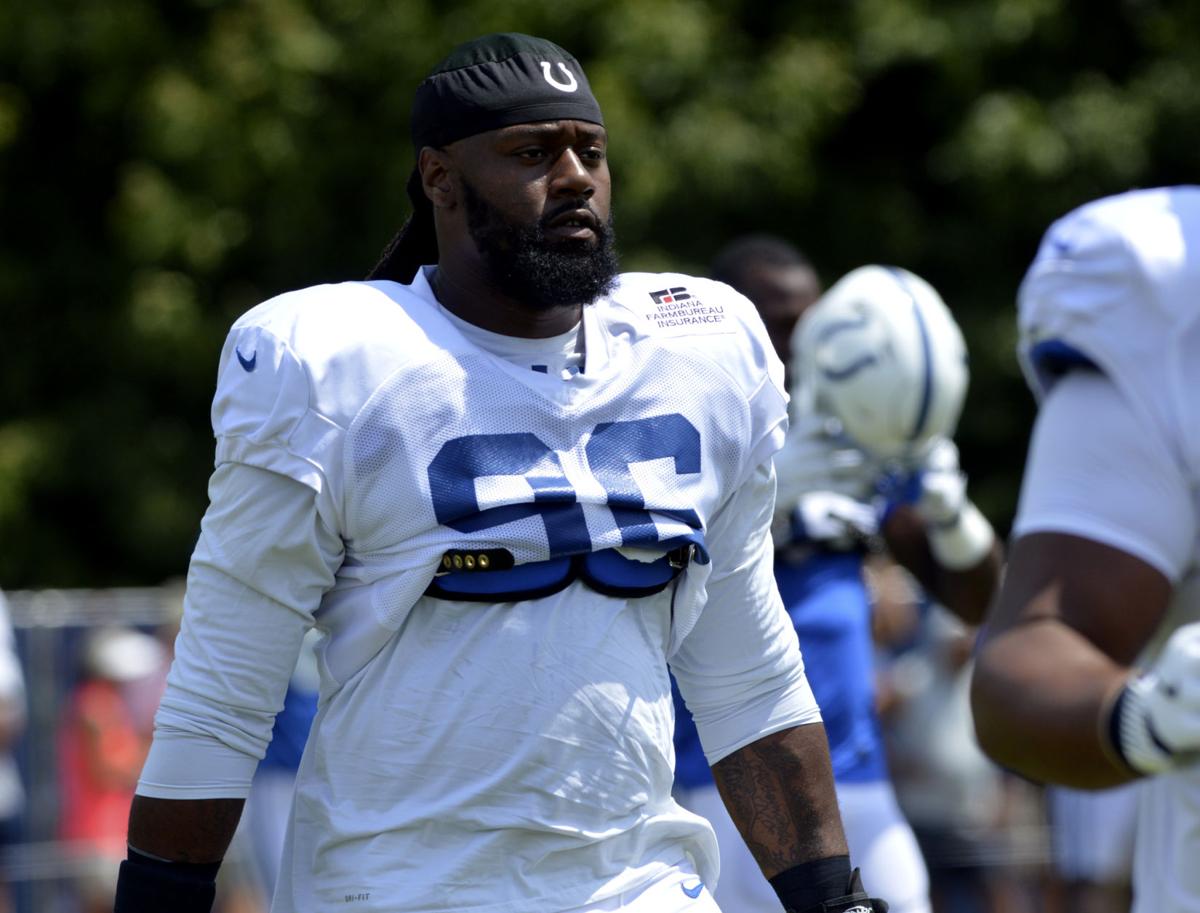 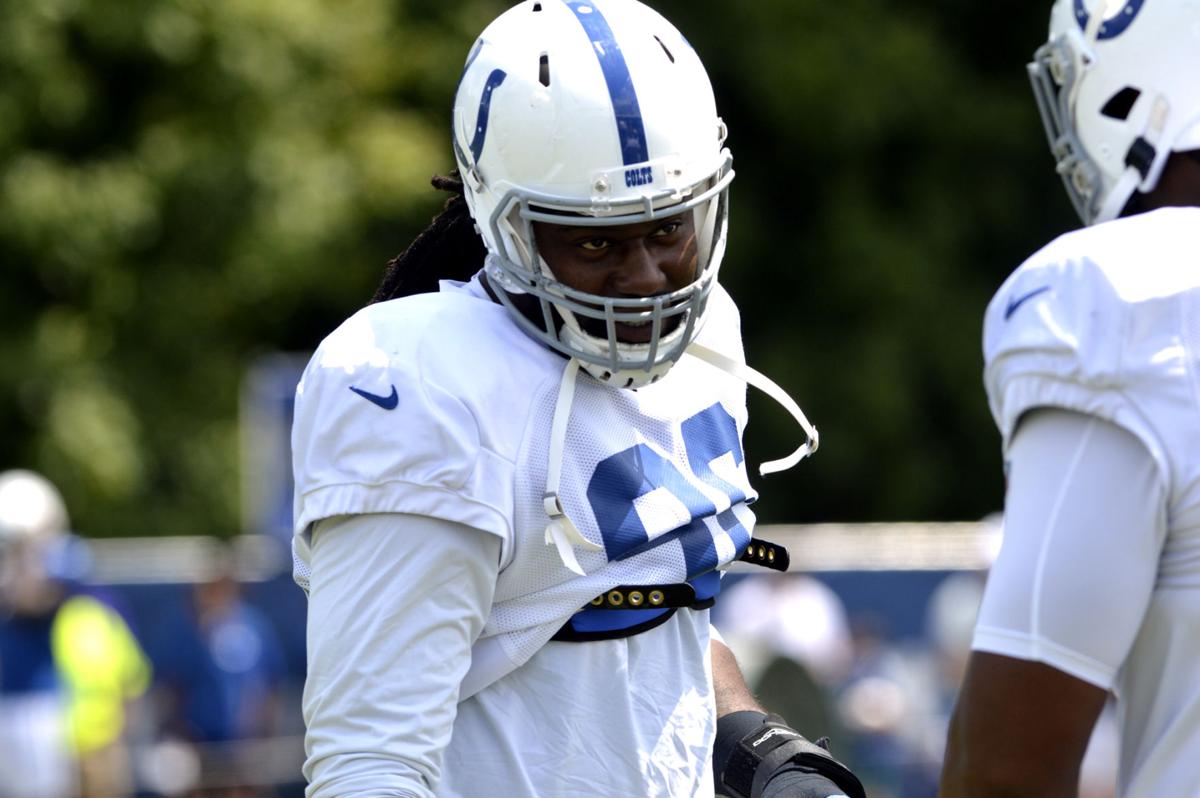 Colts defensive tackle Denico Autry jokes with a teammate before the start of practice Monday at Grand Park in Westfield.

Colts defensive tackle Denico Autry jokes with a teammate before the start of practice Monday at Grand Park in Westfield.

WESTFIELD — Fans of the first two seasons of the Netflix series “Last Chance U” will understand entertainment options are few and far between in Scooba, Miss.

The rural town with a population of 694 is home to East Mississippi Community College, a program with five NJCAA football national championships.

Indianapolis Colts defensive tackle Denico Autry spent two years at the school and was a member of the first title team in 2011. He also found a unique way to pass the long hours on campus.

Autry often scaled a 14-foot wall to enter the school’s gym through the air-conditioning unit and play after-hours basketball with a group of friends.

“Just something to do in Scooba,” Autry said after Monday's practice at Grand Park Sports Campus. “If you know anything about Scooba, Mississippi, there’s not much there.”

It’s also an example of the type of agility the 6-foot-5, 285-pound defender possesses.

After splitting time at end and tackle in 2018 — and leading the team with nine sacks despite missing four games — Autry has primarily played on the interior as the three-technique this offseason.

The chance to play in an attacking defensive front with a focus on getting up field and making plays was what attracted Autry to Indianapolis during last year’s free-agency period.

Autry certainly has been a disruptive force throughout the first two weeks of training camp. He’s held his own in one-on-one drills even against all-pro left guard Quenton Nelson, and he’s routinely made plays against both the run and the pass.

In just his second season, Autry is emerging as a leader on a deep and experienced defensive line.

“If they don’t have those two things then maybe we’re hedging on something a little bit, but, man, we like those two things. Those guys have to have motor, and, man, they have to be mean when they play. So we are excited about him. He has those two qualities, and he shows it every day.”

Defensive end Jabaal Sheard has yet to participate in training camp after head coach Frank Reich said he was experiencing “sorness and swelling” in his knee.

Indy Sports Central’s Mike Chappell reported Monday that Sheard underwent a procedure on the knee and will continue to be out indefinitely.

“The leadership that he brings to the defensive line room is just tremendous,” Eberflus said. “His work ethic, I am talking about the day-to-day grind — I don’t think the guy missed practice (last year). He didn’t miss a game. The guy was in there all the time. So just a grinder-type guy that we stand for. We really are fortunate to have him.

“So we can’t say enough about him, and we are excited to get him back. He’s still in the room and still leading those guys in terms of talking to them, working with the fundamentals, taking them on to the side, techniques and all those things. He’s a consummate pro as well.”

PLAY OF THE DAY

Phillip Walker hooked up with wide receiver Reece Fountain for a 62-yard gain to open a two-minute drill with the second-team offense at the end of practice.

It was the continuation of an outstanding week for Fountain, who is among a big group of players competing for the final two or three roster spots at receiver.

A third-round pick out of Texas in 2017, Foreman rushed 85 times for 326 yards and two touchdowns in two seasons with the Houston Texans. He also suffered an Achilles’ tendon injury during a long run as a rookie.