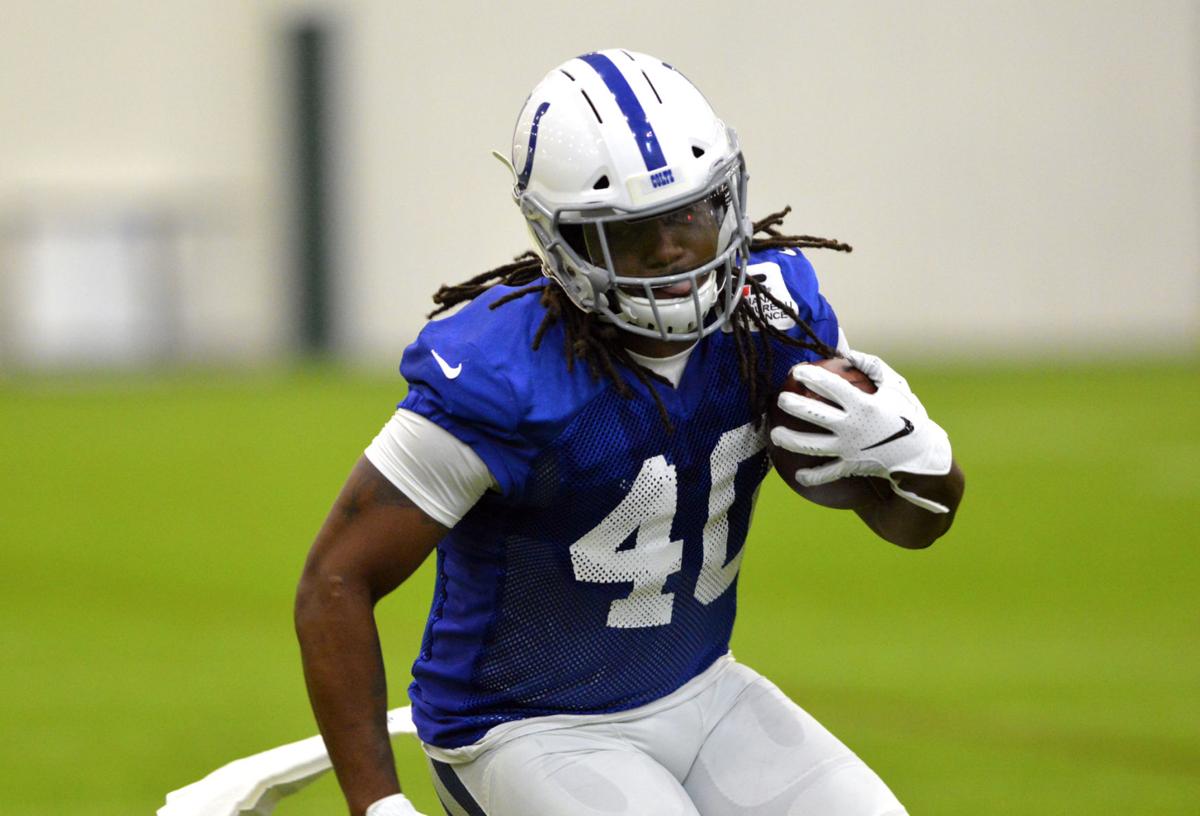 Colts running back D'Onta Foreman carries the ball Tuesday during indoor practice at Grand Park in Westfield. Foreman was picked up on waivers from the Texans on Monday. 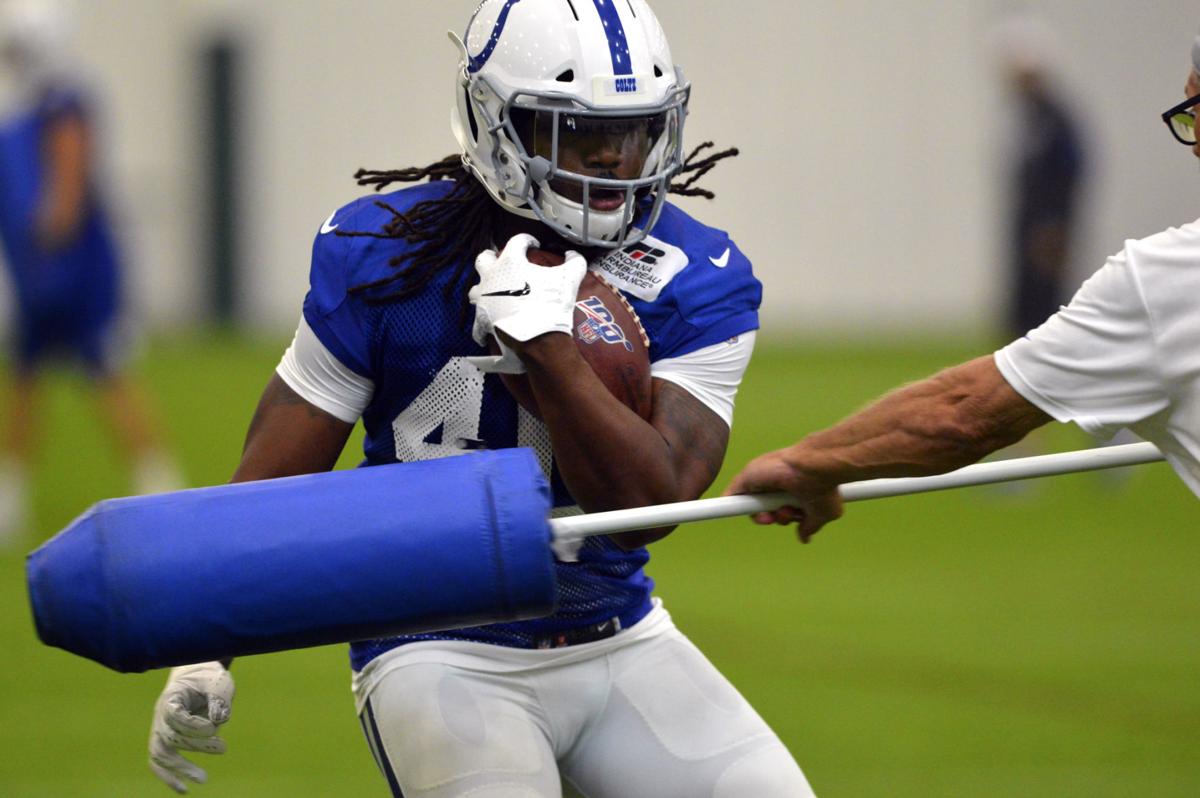 Colts running back D'Onta Foreman carries the ball Tuesday during indoor practice at Grand Park in Westfield. Foreman was picked up on waivers from the Texans on Monday.

WESTFIELD — D’Onta Foreman never has played on a team outside the state of Texas.

Now the third-year running back is being thrown into the fire.

He was claimed by the Indianapolis Colts on Monday after surprisingly being waived by the Houston Texans. Foreman arrived at Grand Park around 1 a.m. Tuesday and got about four-and-a-half hours of sleep before jumping into the first day with his new team.

It’s been a whirlwind to say the least.

“My expectation is to come in here every day and just try to put my best foot forward,” Foreman said. “Me being released by the Texans is definitely a humbling experience. No matter whatever or however I feel about it, however they feel about it, at the end of the day, they released me. So that’s always an ego hit, always something that is definitely humbling for me.

“It just made me get back to the grinding board and understand that this is something that I can’t take lightly. I’m grateful for this opportunity, a great organization, like I said, and I’m looking forward to it.”

Foreman rushed for 2,028 yards and 15 touchdowns during his junior season at the University of Texas, won the Doak Walker Award as the nation’s top running back and finished eighth in Heisman Trophy voting.

After being drafted in the third round by Houston, Foreman tore his Achilles’ tendon 10 games into his rookie season and lost almost all of 2018 recovering from the injury.

There were high hopes for a bounce-back season this spring, but the Texans ultimately came to believe Foreman needed a fresh start and a little more maturity to find a place in the league.

Indianapolis expected veteran Spencer Ware to compete with youngsters Jordan Wilkins and Johnathan Williams for playing time behind starter Marlon Mack and third-down back Nyheim Hines this season. But Ware was placed on the reserved/physically unable to perform list last week and must miss at least the first six weeks of the regular season.

Foreman will be eased into the competition as he learns the offense.

Head coach Frank Reich is unsure even if the 23-year-old will see any playing time during Thursday’s preseason opener at the Buffalo Bills.

Quarterback Andrew Luck has spent the past three days ramping up the strength training to improve his injured left calf and going through private sessions with throwing guru Tom House.

Reich views video from those sessions and also gets first-hand experience with the 29-year-old during the daily walkthroughs. He likes the progress he’s seen and said the final decision on when Luck will return to practice ultimately remains with the quarterback himself.

“He’s working through a different series of exercises — or, for lack of a better word, an upgraded, more dynamic series of exercises — that would challenge him even more physically, get more strength,” Reich said, “but also where there’s a few movement things involved and dynamic movement stuff that all things seem to be going well.”

Buffalo is an interesting place for Reich to open his second season as a head coach.

Reich spent 10 seasons as a quarterback with the Bills to start his 14-year NFL career. He made eight regular-season starts in Buffalo and two more in the postseason.

Reich’s most famous start came in the 1993 AFC Wild Card round, during which he led the largest comeback in NFL history, rallying the Bills from a 38-3 deficit to beat the Houston Oilers in overtime.

“Obviously, Buffalo is special to me, and I always enjoy going back there,” Reich said. “I’ve been back a few times as a coach and even when I was playing. So it’s pretty much, I’m past the novelty of going back there.

“My wife and I still have a lot of friends there. We spend some time there in the offseason, but this trip is all business.”