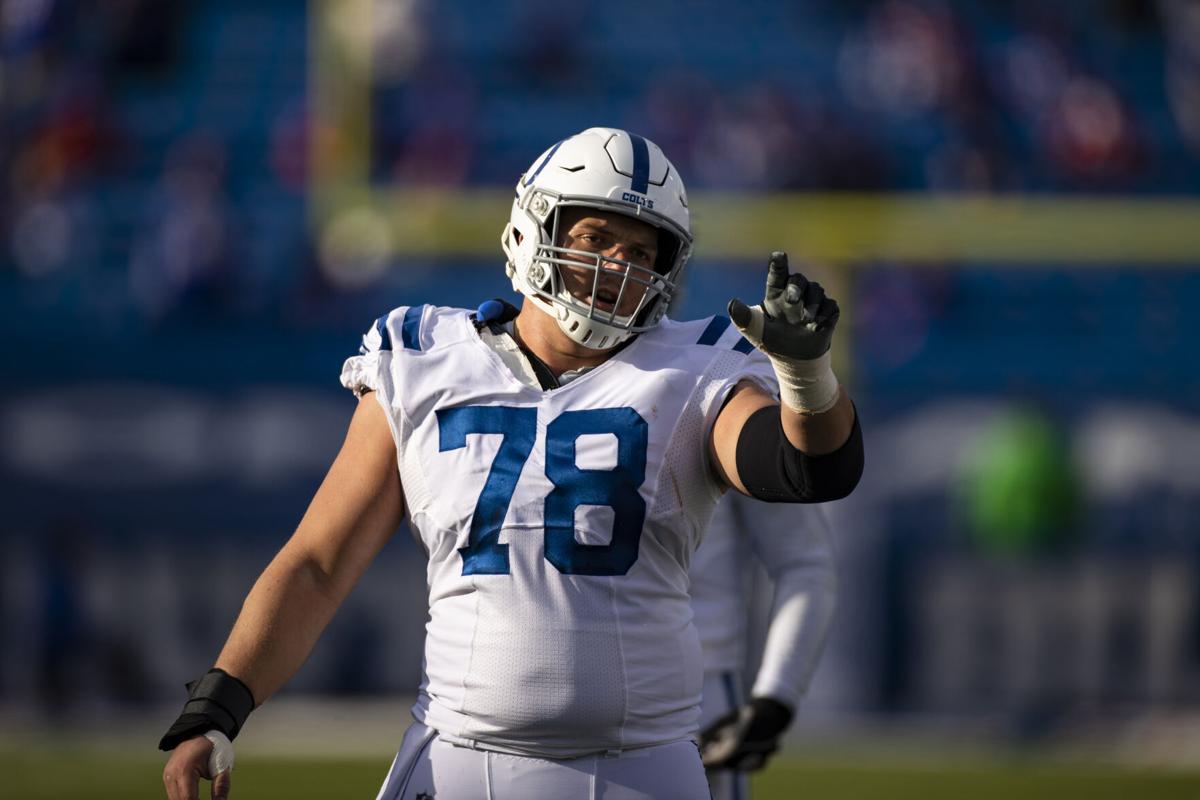 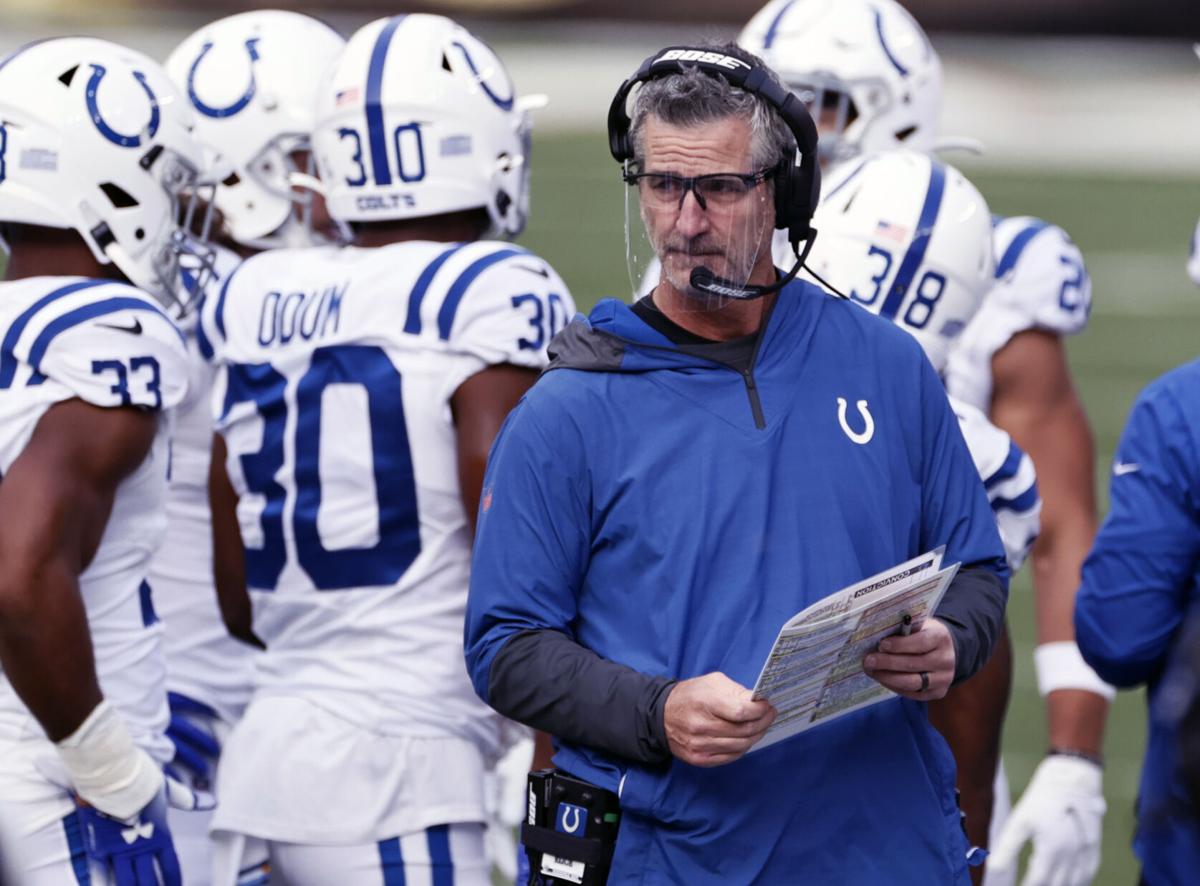 Indianapolis Colts head coach Frank Reich stands on the sideline against the Cleveland Browns on Oct. 11, 2020, in Cleveland. 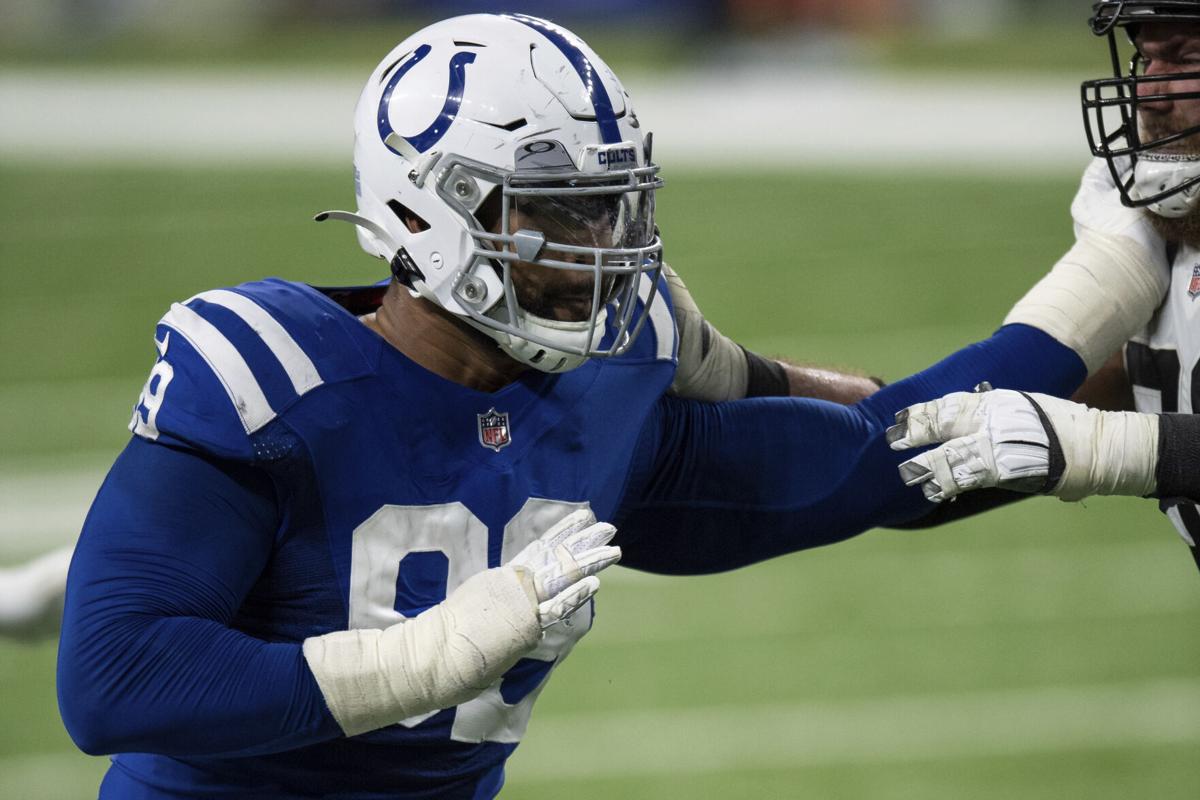 Indianapolis Colts defensive tackle DeForest Buckner (99) rushes from the edge against the Jacksonville Jaguars on Jan. 3 at Lucas Oil Stadium. 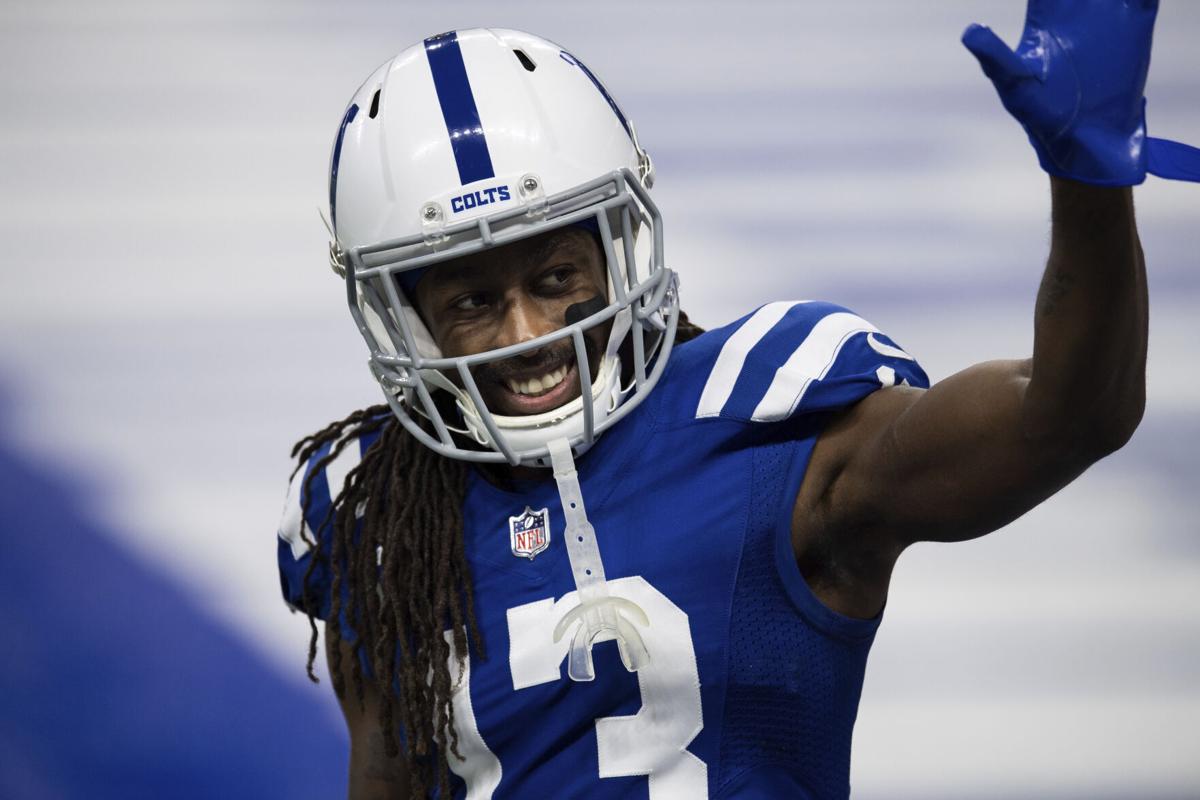 Indianapolis Colts wide receiver T.Y. Hilton waves to fans in the stands before a game against the Jacksonville Jaguars on Jan. 3 at Lucas Oil Stadium.

Indianapolis Colts head coach Frank Reich stands on the sideline against the Cleveland Browns on Oct. 11, 2020, in Cleveland.

Indianapolis Colts defensive tackle DeForest Buckner (99) rushes from the edge against the Jacksonville Jaguars on Jan. 3 at Lucas Oil Stadium.

Indianapolis Colts wide receiver T.Y. Hilton waves to fans in the stands before a game against the Jacksonville Jaguars on Jan. 3 at Lucas Oil Stadium.

It’s been a most unusual offseason in the NFL. And that’s saying something after 2020.

With the novel coronavirus a lesser – but still daily – part of life and the regular season expanding to 17 games, there’s been much drama surrounding the shape of offseason workouts. The players have fought for safer working conditions and more time off to rest their bodies ahead of the longest season ever. Ownership has generally countered with a need to build team chemistry and allow maximum offseason competition for roster spots.

The Indianapolis Colts believe they’ve brought balance to the argument.

Players will be tested and follow COVID guidelines while looking forward to eight weeks off before the start of training camp. Coaches get the chance to work up-close and personal with the team and begin building the cohesion essential to a winning season.

It's a compromise both sides can be proud of.

“It was really (head coach) Frank’s (Reich) idea,” said center Ryan Kelly, the Colts’ NFL Players Association representative. “… It’s the best offer that I saw out of anybody in the NFL, and I think it just goes to show the Colts being proactive as far as the 17th game and what that shows for guys down the road for health and safety, and also this could be the change going forward as far as what OTAs look like.”

When the offense and defense do come together as a unit, it’s at walkthrough speed and never against one another. Reps are run against air or with scout team players lined up just to show a look on the other side of the ball.

Some teams announced earlier this spring they would boycott all voluntary offseason activity. The Colts held a players-only conference call and decided this compromise was the best option.

“Being able to get these light two weeks in, getting done before June starts, being able to have those eight weeks to ourselves and be able to prepare and get our bodies right before the long season, I mean, I think it’s the perfect adjustment,” All-Pro defensive tackle DeForest Buckner said. “Being able to get in together – obviously, it’s a new team. You got the rookies. We got new guys that we signed over the offseason. Gaining that chemistry, being able to work together and build that bond early but still being able to take the right precautions, taking things light, going through walkthroughs, getting the individual skill, getting the fundamentals, the technique down and then having those eight weeks to prepare to get your mind, body and soul right for the long season.”

It's important work for Indianapolis.

There’s a new quarterback in Carson Wentz, an open competition at left tackle for a placeholder starter until Eric Fisher is ready to return from an Achilles’ tendon injury and two new starters guaranteed at defensive end. Those arguably are the most important positions on the field, and it represents quite a few question marks for a team with lofty postseason goals.

That’s a big part of the reason Reich was willing to trade three days of mandatory attendance in June for two weeks of voluntary workouts now.

“In this two weeks, we can continue to lay out the vision for who we are as a team – as an offense, defense and special teams – and who we want to be as individual players,” Reich said. “Then you can take that to that eight-week off period before training camp. If we get nothing with them or if we only get a couple days, it’s hard to get everything communicated that you want. Now we can get on the field, remind them of the fundamentals and technique, do drills, get stuff to put on tape that they can see, talk about where we are going – why we are doing this, why we are changing this and get two weeks of that. Now, they get to that eight-week period, they are reminded of that, and now we are ready to go when training camp starts.”

For some players, it was never much of a question.

Veteran wide receiver T.Y. Hilton was just waiting to hear when he was expected to report.

Entering his 10th season in the league, the four-time Pro Bowler is mindful of the privilege he enjoys to play a sport for a living. And he’s willing to do whatever his job description dictates.

“I just love football, man, and anytime you get a chance to be around your brothers and your teammates, it’s special,” Hilton said. “So, for me, it’s never been a big thing of not coming. I just love football, man. I love being here. I love this organization. They gave me a chance. Why not come here and give everything that I’ve got?”