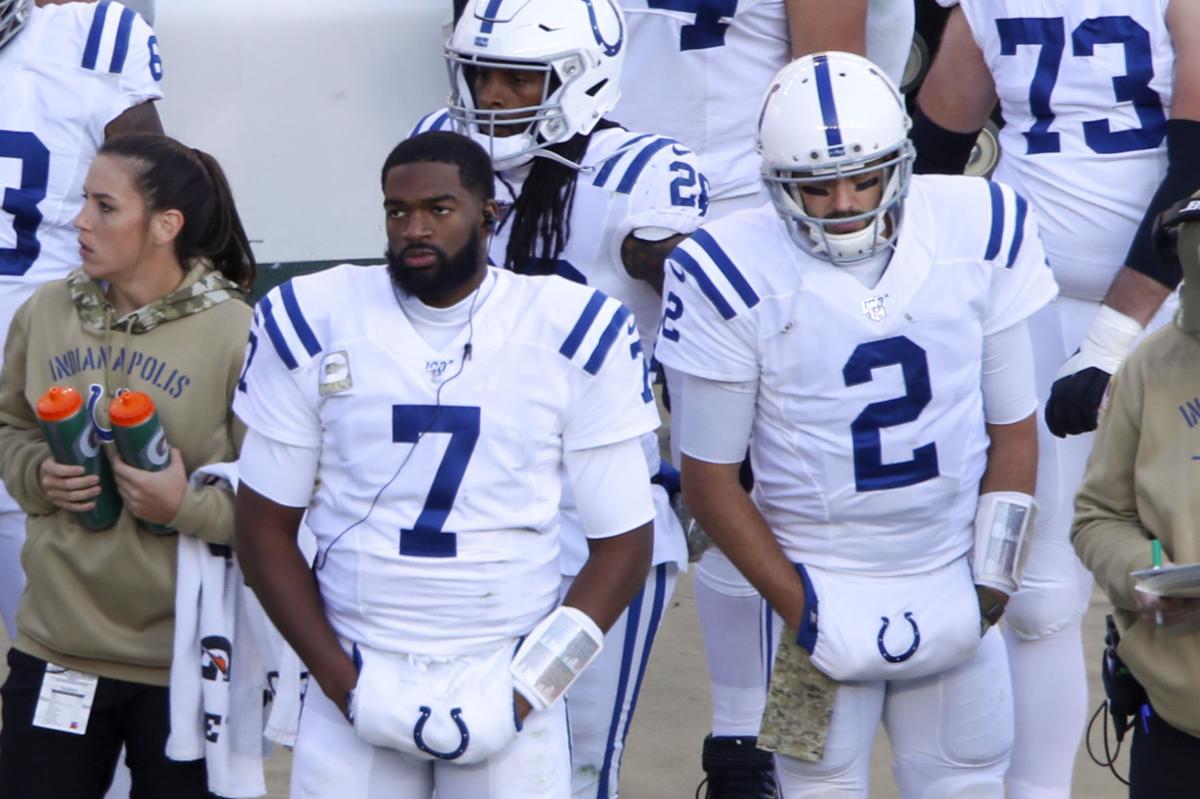 Indianapolis Colts quarterback Brian Hoyer (2) stands beside Jacoby Brissett (7) as they play against the Pittsburgh Steelers on Sunday in Pittsburgh. 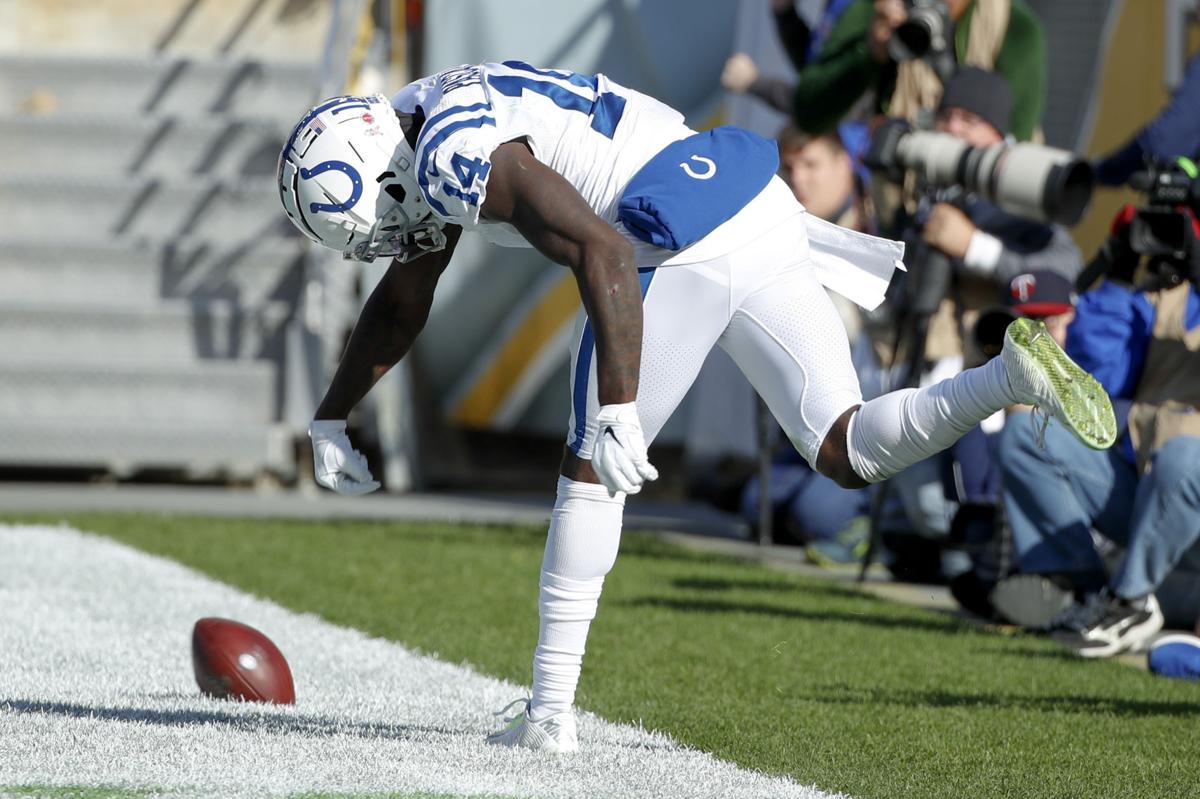 Indianapolis Colts wide receiver Zach Pascal (14) celebrates after making a touchdown catch against the Pittsburgh Steelers in the first half Sunday.

Indianapolis Colts quarterback Brian Hoyer (2) stands beside Jacoby Brissett (7) as they play against the Pittsburgh Steelers on Sunday in Pittsburgh.

Indianapolis Colts wide receiver Zach Pascal (14) celebrates after making a touchdown catch against the Pittsburgh Steelers in the first half Sunday.

INDIANAPOLIS – Jacoby Brissett was relieved when he received the results of the MRI on his left knee Monday.

The Indianapolis Colts quarterback suffered a sprained MCL in Sunday’s 26-24 loss against the Pittsburgh Steelers, but the damage could have been much more severe.

Left guard Quenton Nelson fell into Brissett’s knee as he set his feet to throw a pass early in the second quarter. Brissett made a couple of attempts to return to the game, but a lack of lateral movement prevented him from gaining clearance.

He said Tuesday at the Indiana Farm Bureau Football Center he feels significantly better than he did two days earlier, but he’s not yet ready to confirm he’ll practice Wednesday.

“I think we will see in about 24 hours,” Brissett said.

It could be a very interesting week under center for Indianapolis (5-3) as it prepares to host the Miami Dolphins (1-7).

The team wants to allow Brissett all the time he needs to prove he’s healthy and ready to go. But that must be balanced with enough reps to prepare backup Brian Hoyer in case he must make his first start of the season.

Hoyer was 17-of-26 for 168 yards with three touchdowns and an interception in relief of Brissett against the Steelers.

The playbook won’t undergo major adjustments regardless of the starter, but the coaches make an attempt to tailor parts of the game plan to the quarterback’s preferences.

“We will wait to see until (Wednesday) how everyone is feeling and what it looks like, but (we’re) just trying to again, go through the process the same way,” offensive coordinator Nick Sirianni said. “Go through the process the exact same way like we normally would and just kind of getting the ideas from both of them of what they feel good about. Obviously, we are talking to them about what we like and seeing what they are comfortable with as well.”

Reps are extremely valuable for Hoyer. He did not join the roster until the opening week of the regular season after being released by the New England Patriots.

So he had no work with the first team before Sunday, and he’s gotten very few practice snaps in Indianapolis’ offense. His primary responsibility is to run the scout team and give the Colts’ defense a good look each week.

Brissett had never left a game before because of injury, though he did suffer a torn ligament in his thumb in college and played through it.

He’ll do everything in his power to make the start against the Dolphins. If he can’t go, he believes the team is in good hands with Hoyer.

“I mean, Brian is a professional,” Brissett said. “He’s done this plenty of times in his career so just continue to do what he has done.”

Zach Pascal woke up Tuesday morning to some unique praise.

To have a player many consider the greatest receiver of all time praise his sideline catch against the Steelers, during which Pascal dragged his left foot to make sure he got both feet inbounds, was something of a career highlight for the Colts’ breakout star.

Pascal finished with a team-high five catches for 76 yards and a touchdown against Pittsburgh. He has 19 catches for 321 yards and four touchdowns on the season.

Center Ryan Kelly expects to wear a “cowboy collar” around his neck this week against the Dolphins, but the former Alabama star believes he’ll return to practice Wednesday and be full-go for Sunday’s game.

Kelly left the loss to the Steelers in the second quarter with what might best be described as a pinched nerve in his neck. He wore a similar collar after a similar injury last season but felt it restricted some of his side-to-side movement with his neck. So he expects to wear a smaller collar Sunday.

Otherwise, all is well.

“I feel a lot better today,” Kelly said. “Doing a lot of movement stuff, and I had a full workout, so I’m good.”