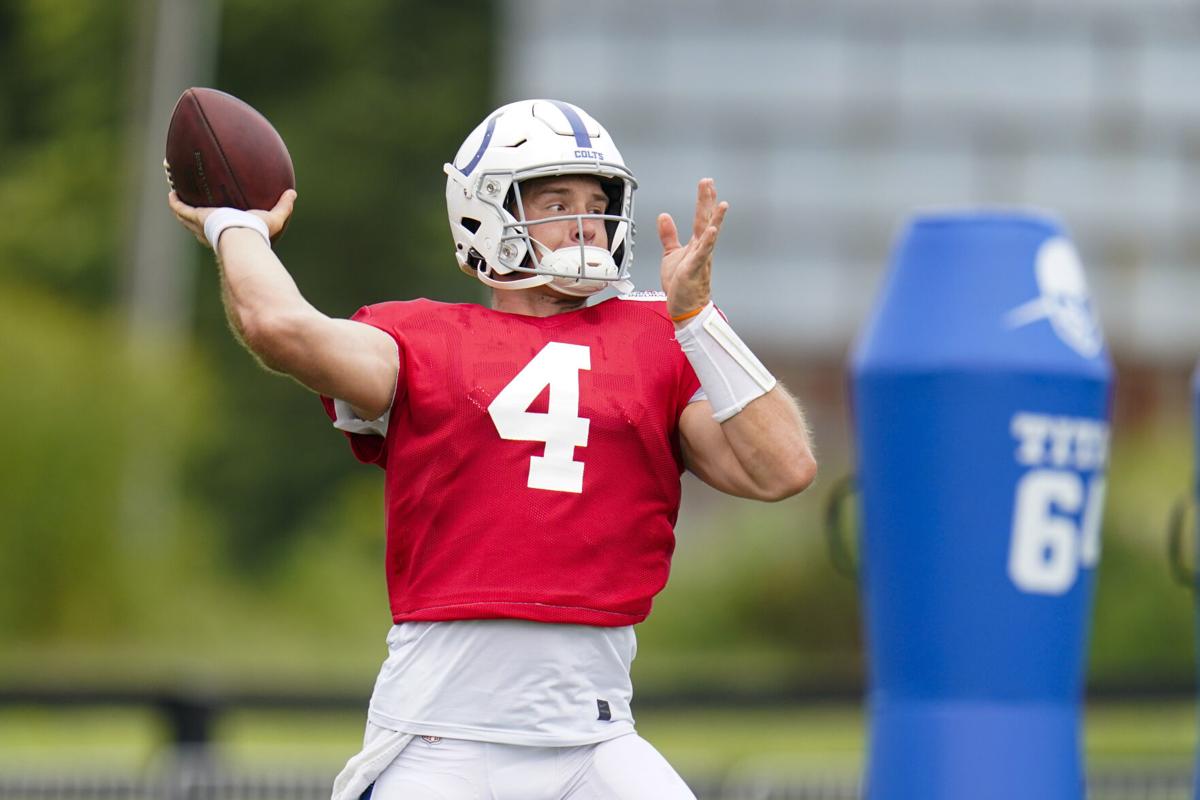 Indianapolis Colts quarterback Sam Ehlinger runs a drill during a joint practice with the Carolina Panthers on Thursday in Westfield. 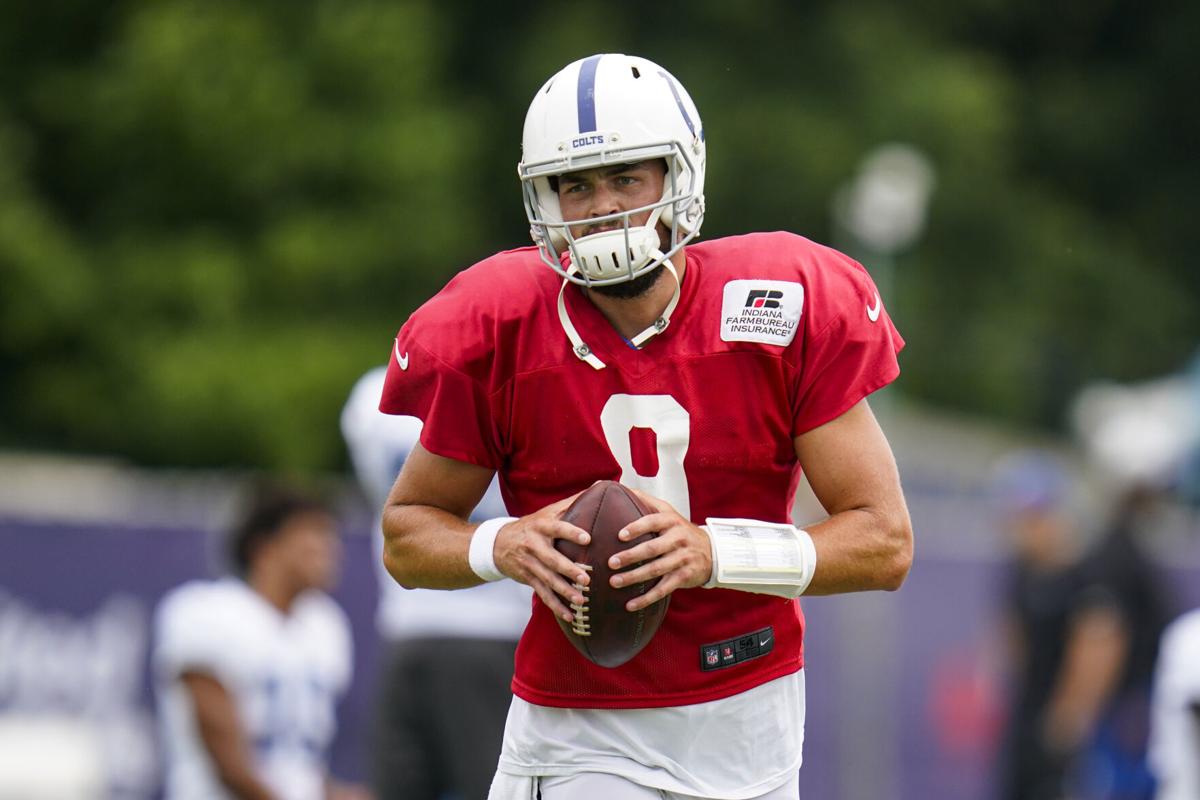 Indianapolis Colts quarterback Jacob Eason runs a drill during a joint practice with the Carolina Panthers on Thursday in Westfield.

Indianapolis Colts quarterback Sam Ehlinger runs a drill during a joint practice with the Carolina Panthers on Thursday in Westfield.

Indianapolis Colts quarterback Jacob Eason runs a drill during a joint practice with the Carolina Panthers on Thursday in Westfield.

But the finish certainly was cause for optimism.

The first and second teams scored three touchdowns in red-zone drills – and just missed a fourth by the length of wide receiver Michael Pittman Jr.’s foot – to cap a physical and productive day at Grand Park.

“It was good work,” Colts head coach Frank Reich said of a two-hour session that saw just one brief scuffle between the teams. “I felt like both teams did it the right way.”

As it has been since Carson Wentz went down with a foot injury during the second practice of training camp, the focus for Indianapolis was on the quarterbacks.

Rookie Sam Ehlinger clearly was behind second-year passer Jacob Eason last week, but the two pulled even Tuesday and Reich officially threw the job up for grabs. Eason responded with one of his best performances of camp to get things started, but Ehlinger answered against the Panthers.

Splitting reps between the first and second teams, Ehlinger completed his first nine passes in 11-on-11 drills and finished the day 13-of-16 overall with three touchdown passes. He also was “sacked” once by Carolina’s Hassan Reddick.

The throw to Strachan was a 20-yard dart that found its target just inches above a linebacker’s arm and represented the type of pass the sixth-round pick out of Texas is supposed to lack the arm strength to make. An earlier completion to Strachan showcased Ehlinger’s greatest asset – anticipation. He threw the ball so quickly the seventh-round receiver wasn’t expecting it, but the pass was so accurate when Strachan turned his head he only needed to flash out his oversized hand to make the catch.

The window could be measured in centimeters.

None of which is to suggest it was a bad day for Eason. The 2020 fourth-round pick finished 8-for-11 in full team drills and fired a red-zone touchdown to rookie tight end Kylen Granson. That was the kind of throw Eason needs to make more often. He let the ball go almost immediately after his back foot hit the turf on his drop, and he put all the strength of his cannon arm into an accurate line-drive pass.

Eason also got the ball out quickly on a couple of intermediate corner routes to veteran wide receiver T.Y. Hilton that represented two of his better throws in this camp. However, the former Washington standout’s indecision also remained on display.

The left tackles continued to struggle against the pass rush, and both quarterbacks needed to be creative at times in the pocket. But Eason was less successful in escaping and was “sacked” three times.

Overall, it was a step forward for the young signal callers who remain in contention to start the regular-season opener Sept. 12 against the Seattle Seahawks.

“They both did (well),” Reich said. “I thought the red-zone performance was particularly good for both Sam and Jacob today. I thought they were really solid.”

PLAY OF THE DAY

After dominating their own offense for the first two weeks of camp, the Indianapolis defense continued the trend against the Panthers.

On six snaps inside the red zone Thursday, the first-team defense did not allow a touchdown.

“In talking to Carson I told him ‘Look, you have to be right. We want you 100%. Don’t rush it back.’ I know he’s such a competitor, and he wants to be there for his team, but he has to help us all by only coming back when he’s ready, ready because we want to see him healthy for two months and two years and four years and do those sorts of things — the great things that you see the great players at the Hall of Fame are there because they could stay on the field.” – Colts owner Jim Irsay on Wentz’s ongoing rehabilitation.

Reich also said the team is “optimistic” rookie defensive end Kwity Paye’s ankle injury will not cause a long-term absence and the Colts are being “overly cautious” with defensive tackle DeForest Buckner’s foot ailment.

Right tackle Braden Smith returned to practice after two rest days during which he wore a boot on the sideline.