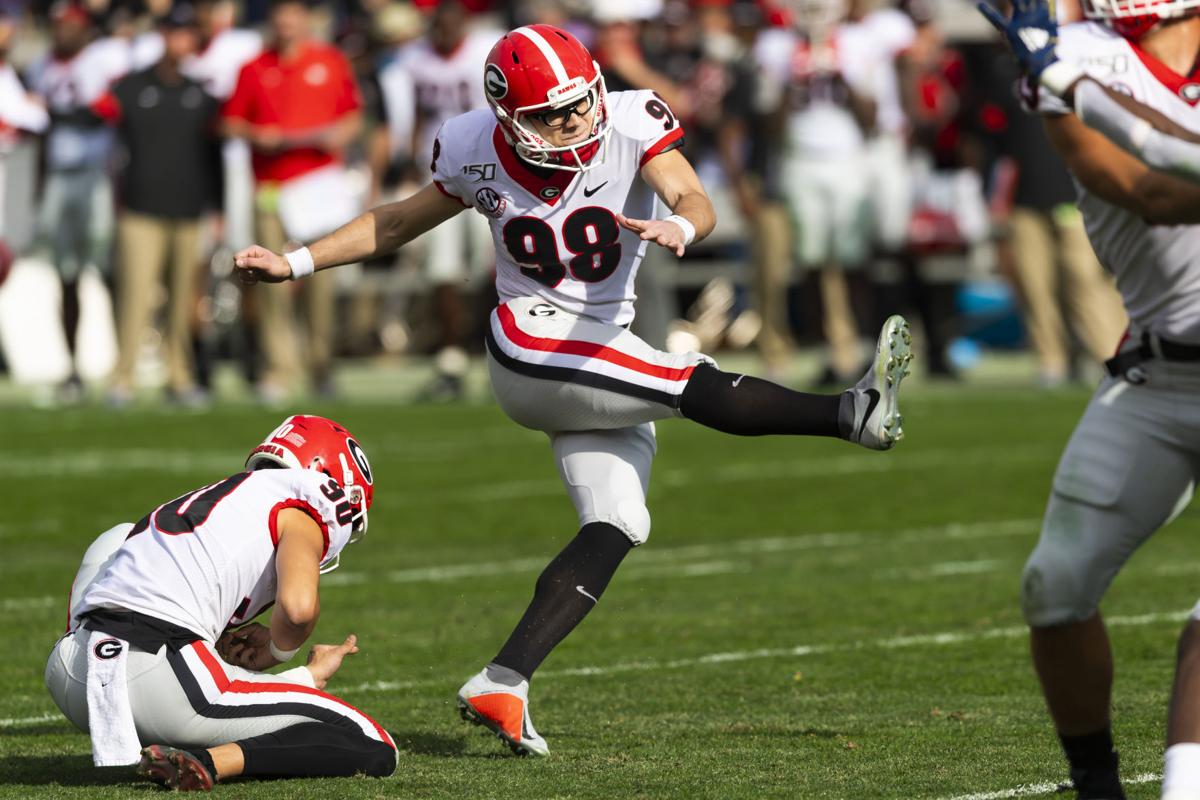 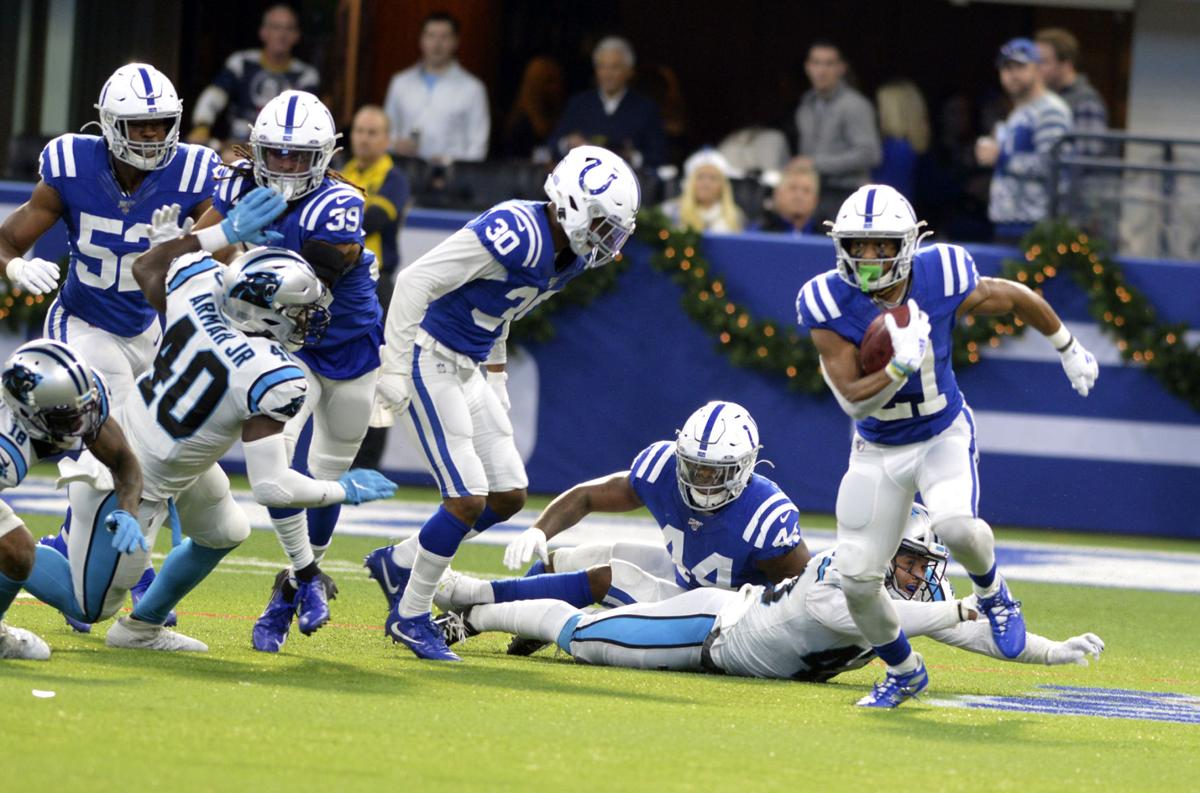 Indianapolis Colts punt returner Nyheim Hines makes a break for the open field on a punt return Dec. 22, 2019, against the Carolina Panthers at Lucas Oil Stadium.

Indianapolis Colts punt returner Nyheim Hines makes a break for the open field on a punt return Dec. 22, 2019, against the Carolina Panthers at Lucas Oil Stadium.

INDIANAPOLIS — For 21 consecutive years, an undrafted rookie has made the initial 53-man roster for the Indianapolis Colts.

Georgia kicker Rodrigo Blankenship has as a good a chance as anyone to continue that streak this summer. But he’ll need to beat out incumbent Chase McLaughlin in one of the few true training camp battles for a starting job.

CNHI Sports Indiana’s Roster Review concludes with a look at how the special teams stack up this spring:

The Colts pointedly have not ruled out a return by veteran kicker Adam Vinatieri. But the truth is it will be very difficult for the 47-year-old free agent to get ready in time for the regular season.

His rehab from season-ending knee injury has been slowed by restrictions surrounding the coronavirus pandemic, and any potential return to the NFL for a 25th year likely would come after the regular season has begun.

Indianapolis is monitoring Vinatieri’s progress, but he’s not part of the team’s immediate plans.

“Just letting the rehab process finish its course before any final decision has been made,” Colts head coach Frank Reich said earlier this month. “Then (we’ll) get together with Adam once he gets to that point.”

Blankenship’s addition increases the likelihood the franchise will start the season with a new kicker for the first time since Vinatieri was signed in 2006.

McLaughlin finished out the 2019 season in solid fashion. Playing the final four games in place of Vinatieri, he made five of his six field goal attempts and all 11 extra-point tries.

It was the conclusion of a wild rookie year that also saw the 24-year-old kick for the Los Angeles Chargers and San Francisco 49ers during the regular season after spending the preseason with the Minnesota Vikings.

Blankenship was a celebrated player at Georgia, beginning his career as a walk-on and ending it as the Lou Groza Award winner – recognizing him as the nation’s top college kicker.

Nyheim Hines made the most of his opportunity after punt returner Chester Rogers went down with a season-ending injury in December.

Hines averaged 31.2 yards on nine returns and scored a pair of touchdowns in a win against his home-state Carolina Panthers. That should be more than enough to lock down the job again for the reserve running back in 2020.

The kickoff return duties could be subject to an open competition.

Hines averaged 20.5 yards on six returns, but wide receiver Ashton Dulin finished the year in the role. He also took advantage of his opportunity, averaging 30 yards on just three returns including a 46-yarder.

Dulin will likely get competition during the preseason from sixth-round pick Isaiah Rodgers – a cornerback who also is likely in line for a role as a gunner on the punt coverage team – and undrafted rookie DeMichael Harris. A speedster out of Southern Miss, Harris also could contribute as a running back and slot receiver.

Rigoberto Sanchez will return for his fourth season as the punter. He averaged 44.4 yards per attempt with a long of 60 yards in 2019 and has a 45.1-yard career average.

Luke Rhodes also will return for his fourth season as the long snapper.

Sixth-round pick Jordan Glasgow – a linebacker from Michigan – also figures to be involved heavily on special teams. He started his career with the Wolverines as a walk-on and finished as a captain and defensive starter.

Fullback Roosevelt Nix – a former special teams captain for the Pittsburgh Steelers – and cornerback T.J. Carrie are other new additions who could make an impact in the game’s third phase.

This is the final story in a 13-part series breaking down the Indianapolis Colts' 2020 roster.