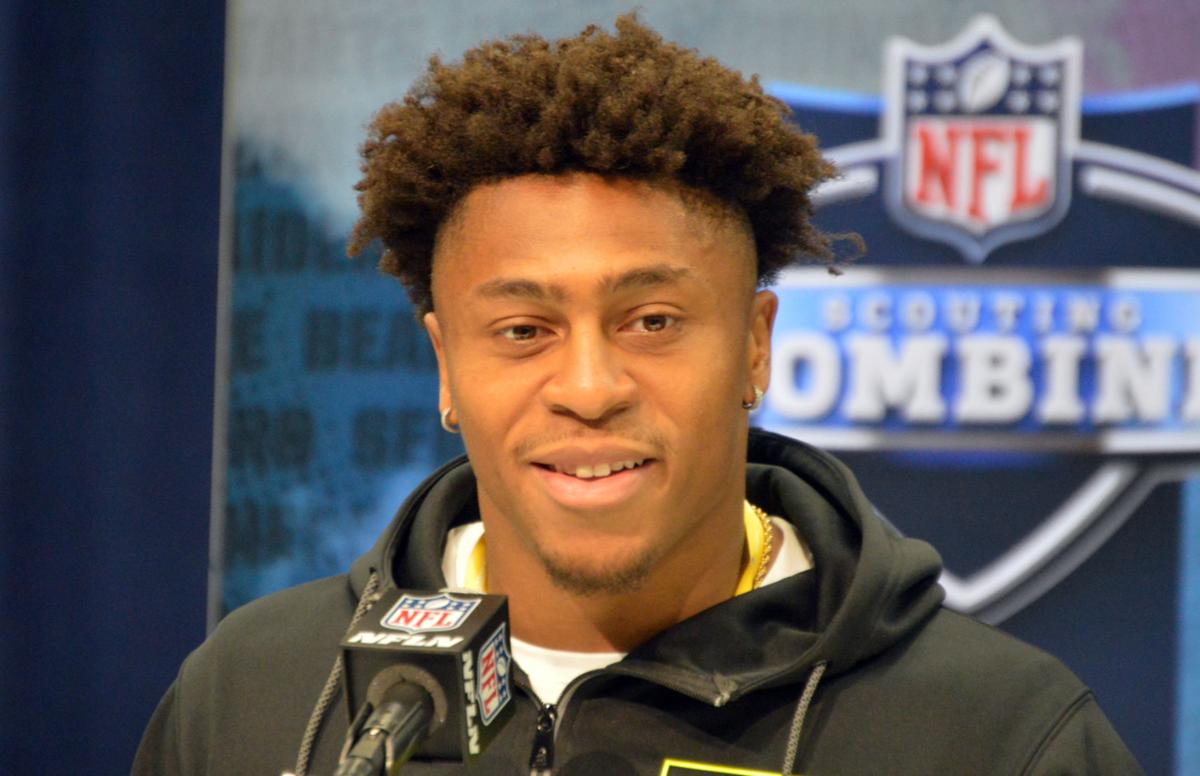 Wisconsin running back Jonathan Taylor answers a question Wednesday during the NFL Scouting Combine in Indianapolis. 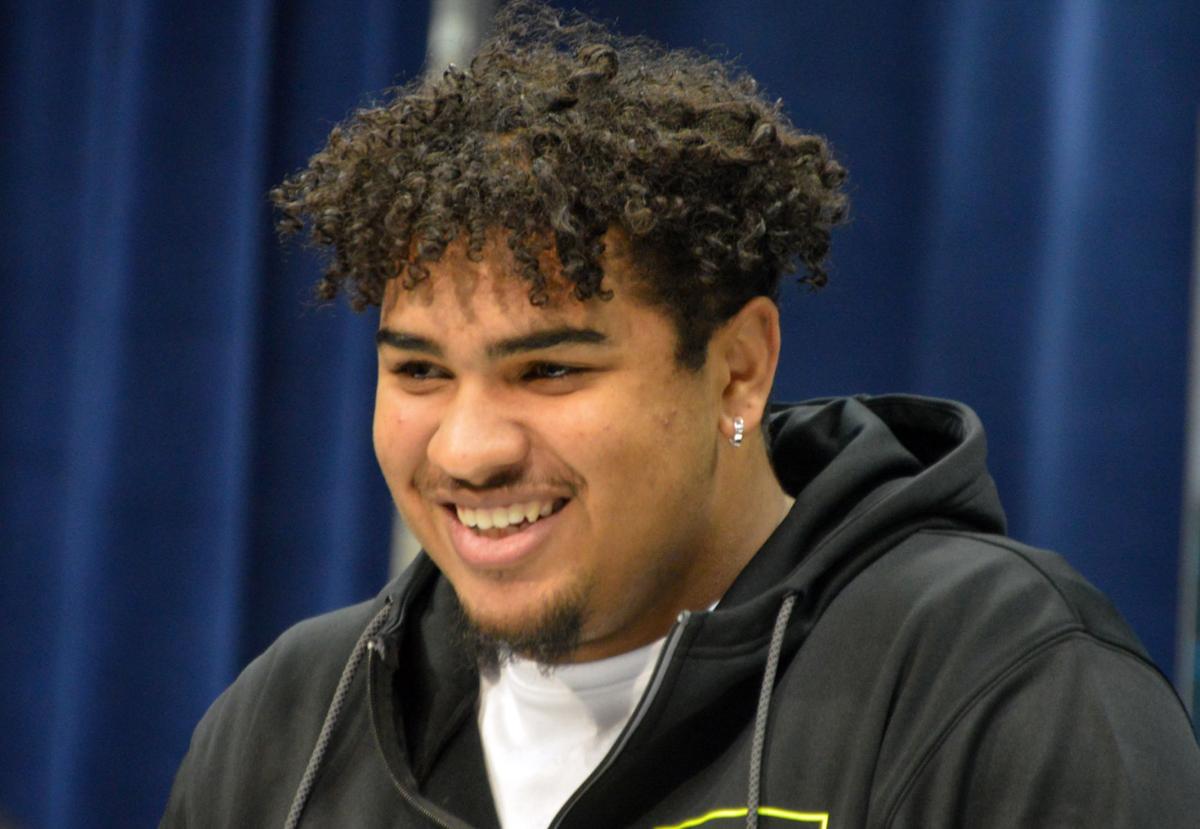 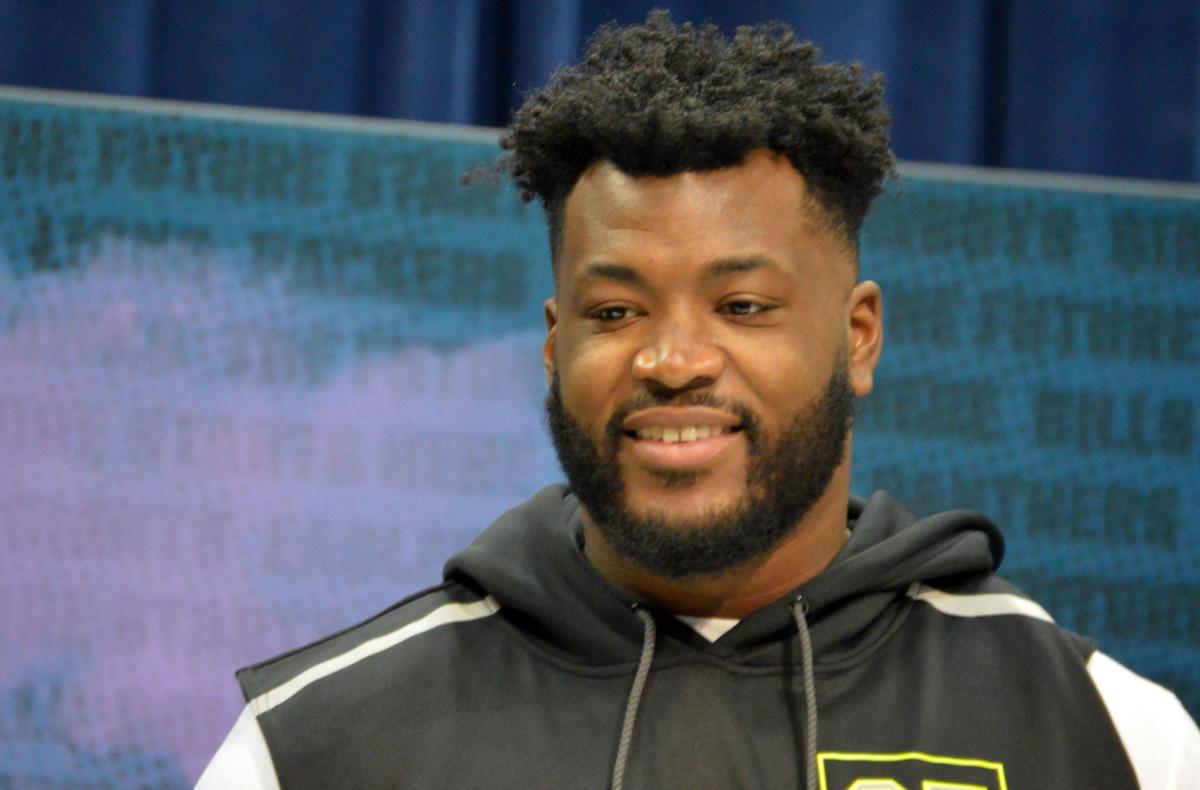 Houston offensive lineman Joshua Jones smiles as he listens to a question Wednesday at the NFL Scouting Combine in Indianapolis. 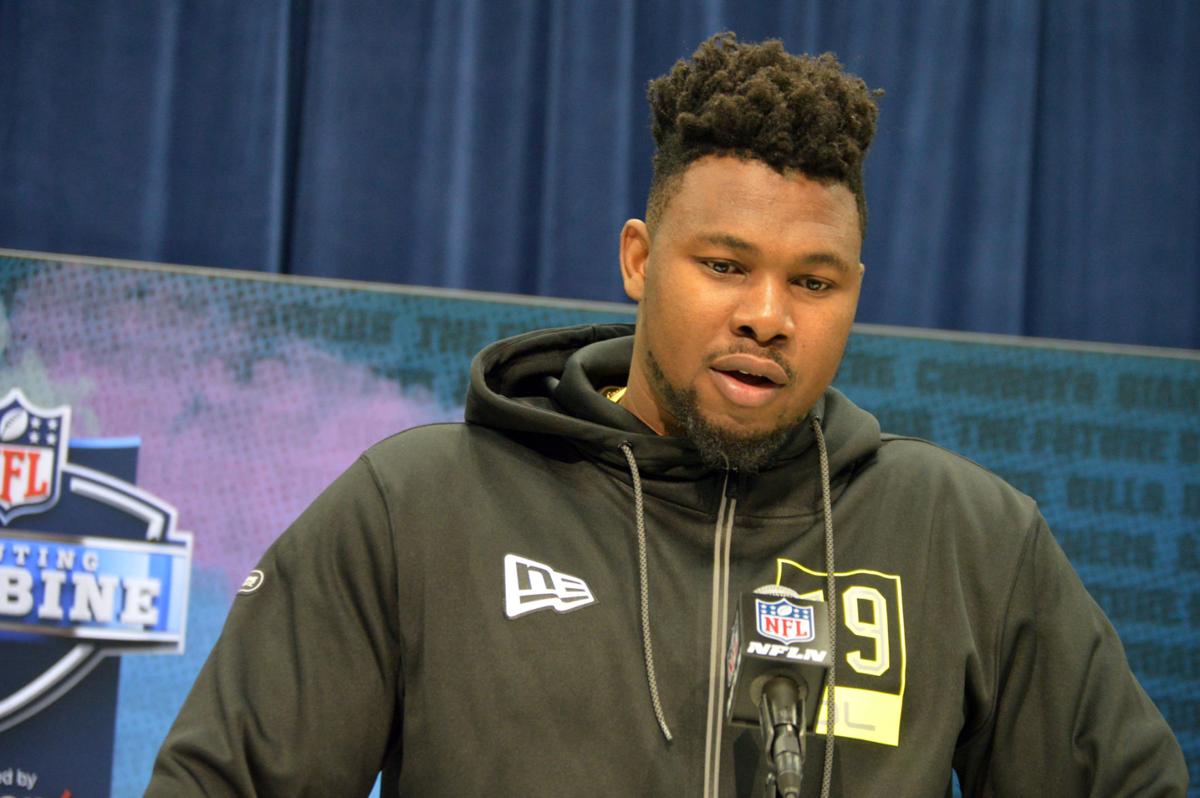 Auburn offensive lineman Prince Tega Wanogho talks about his journey from Nigeria to the NFL Combine on Wednesday in Indianapolis.

Wisconsin running back Jonathan Taylor answers a question Wednesday during the NFL Scouting Combine in Indianapolis.

Houston offensive lineman Joshua Jones smiles as he listens to a question Wednesday at the NFL Scouting Combine in Indianapolis.

Auburn offensive lineman Prince Tega Wanogho talks about his journey from Nigeria to the NFL Combine on Wednesday in Indianapolis.

INDIANAPOLIS – Johnathan Taylor was reminiscing Wednesday about the legendary running backs whose numbers he surpassed in 2019.

“Herschel Walker is the gold standard for a running back,” he said from the podium at the Indiana Convention Center. “Barry Sanders, his ability to make people miss when nothing is there. To be mentioned with those guys, it’s an honor and a blessing.”

Taylor finished his Wisconsin career sixth in major college football history with 6,174 rushing yards, and he became the first running back to surpass the 6,000-yard plateau in just three seasons.

It’s a superstar resume that puts his name into the first-round conversation for the NFL Draft on April 23 in Las Vegas.

But there’s a legitimate argument as to whether he’s the top running back in this class.

Georgia’s De’Andre Swift has built a solid fanbase with his elite mix of speed and elusiveness, and Ohio State’s J.K. Dobbins made his case with outstanding performances in the Buckeyes’ biggest games.

No other back in this class, however, can match Taylor’s sustained success.

A two-time All-American, Taylor won the Doak Walker Award as the nation’s best running back in 2018 and 2019 and finished in the top 10 of Heisman Trophy balloting three times.

That ability to repeat a high level of play is what Taylor believes makes him stand out in this draft class.

“If you look at the next level, what separates the great backs from the elite backs is really them playing on an elite level day in and day out every Sunday,” he said. “I think that’s one of the biggest things that separates me is my ability to be consistent year in and year out.”

"I was surrounded by O-line coaches," Wirfs said Wednesday. "Iowa is a great place to learn if you want to be an offensive lineman."

The Hawkeyes currently have 11 former offensive linemen in the NFL, including Vikings tackle Riley Reiff and Baltimore Ravens guard Marshall Yanda. Wirfs will make it an even dozen in April, when he is expected to be a first-round pick.

So it's no surprise Wirfs is hearing the same feedback from NFL clubs he heard from current Iowa line coach Tim Polasek: Your technique is great, but you need to get nastier.

"I've never been a really mean player," Wirfs said. "I guess that's a testament to my mom and how she raised me."

Athletes tend to have a high level of self confidence. This is especially true for players who reach the highest levels. They often couldn't get to where they are without it.

That's why it was refreshing listening to former Houston tackle Joshua Jones. The 6-5, 310-pound offensive tackle appears to have all of the physical and mental qualities to become a first-round pick. He also appears to have a great sense of self awareness.

"I think I'm one of the best offensive tackles here, but … of course, I'm not a finished product yet," Jones said to a question about his technical skills. "Whoever gets me is going to get a good ball player … but I've got such a long way to go.”

Jones carries himself with poise and a sense of calmness off the field. On the field, that's a different matter.

"I just want to bury guys every time every time I'm out there," he said.

His grandfather was the king of his Nigerian village, and he initially moved to the United States to play basketball. It was only after he tagged along to practice with a brother in his host family that football entered his life.

Now the 6-5, 307-pounder is seen as a high-ceiling option for teams with an offensive tackle need.