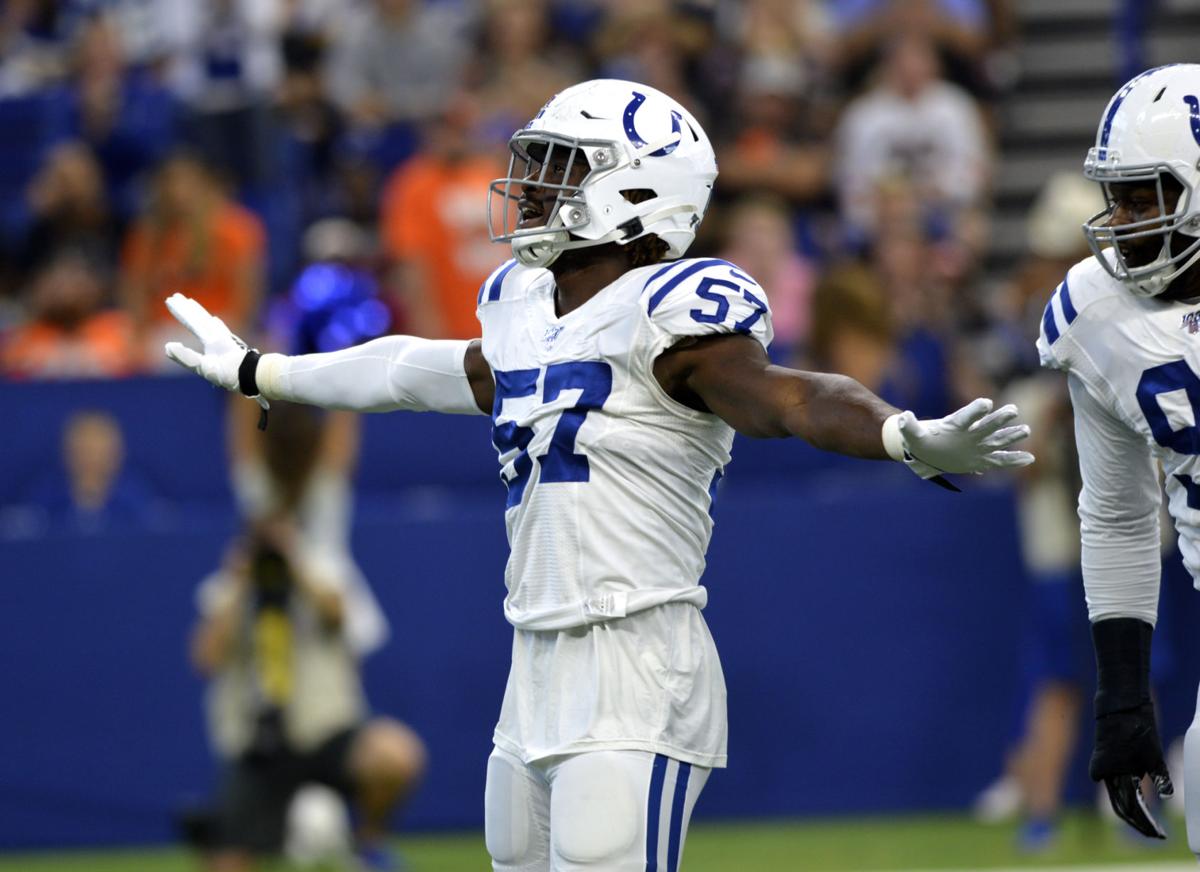 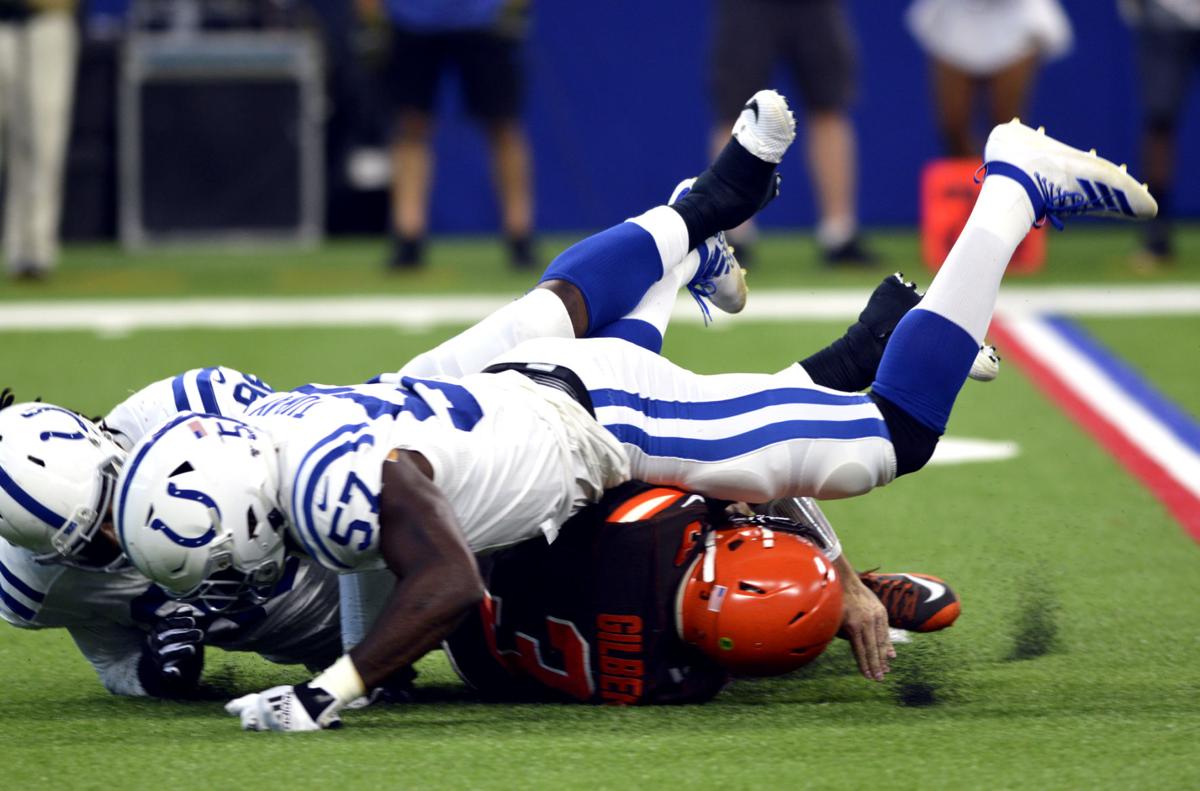 INDIANAPOLIS — In the span of three defensive snaps Saturday night, Kemoko Turay flashed all of the skills that make the Indianapolis Colts so excited about his potential.

It started with the Cleveland Browns backed up on third-and-16 from their own 31-yard line. Turay flopped spots with veteran defensive end Justin Houston and used his speed to fly around the right side of the offensive line and sack quarterback Garrett Gilbert.

That resulted in a Cleveland punt, and Turay was right back at it on the next series.

After running back D’Ernest Johnson broke free for an 11-yard gain to his own 47-yard line, Turay snuffed out the next first-down play. Johnson ran to the right side and was met 3 yards behind the line of scrimmage by the second-year defensive end.

When the Colts drafted Turay in the second round in 2018, general manager Chris Ballard knew he still was a raw prospect. But the tools were in place for a productive NFL career.

As a rookie, Turay battled injuries and inconsistency while showing some of his promise with four sacks.

A year wiser and finally healthy, the 24-year-old pass-rush specialist is earning the coaching staff’s trust. That was evident in his presence on the field for the first third down against the Browns.

It’s also been evident throughout the last month at training camp, and Turay was proud to bring some of that practice performance on to the game field.

“That’s what I want to do every day,” he said. “Constantly just working on my craft, just improving each and every day.”

Turay has broken through the rookie haze.

He describes himself as more alert and more confident this summer. He has a better understanding of the hows and whys of what he's being asked to do, and he can more clearly see how his role fits into the overall defensive picture.

As a result, he’s playing faster and showing more consistency.

He’s still a work in progress, but the arrow certainly is pointing up.

“He made plays in the run game (Saturday), and you always feel his presence in the pass game,” Indianapolis head coach Frank Reich said. “So you know, I think with Turay, it’s just make small incremental improvements to show the consistencies, stay healthy and we really feel like he can have a big year for us.”

Turay is all about the incremental climb.

The more plays he makes, the more his confidence grows. But he’s also soaking up knowledge from his environment.

Veteran defensive end Jabaal Sheard has missed all but the first practice of training camp while rehabbing a knee injury. His absence has meant extra reps for Turay and rookie Ben Banogu.

The injury also has given Sheard more time to teach. He’ll take the youngsters aside during a practice or a game and impart some of the knowledge he’s gained from eight seasons in the league.

Houston, a four-time Pro Bowler signed as a free agent after eight years with the Kansas City Chiefs, is another voice of experience.

But many of the players on the defense are within a year or two of Turay’s age. They're constantly challenging each other on the field and bonding together off it.

“We’re a very close group,” Turay said. “A lot of us are in the same age group, and we all have something in common. We all just hang around and try to learn from each other. It just carries on in a game.”

That spirit of competition also keeps Turay on his toes.

It was his night for a star turn Saturday, but he quickly points out Carroll Phillips was the man with two sacks against the Buffalo Bills in Week 1.

There’s always another goal to be chased, another challenge to be conquered.

And Turay understands his journey is just getting started.

“It was an all right day (against the Browns). I feel like I gotta keep improving.”