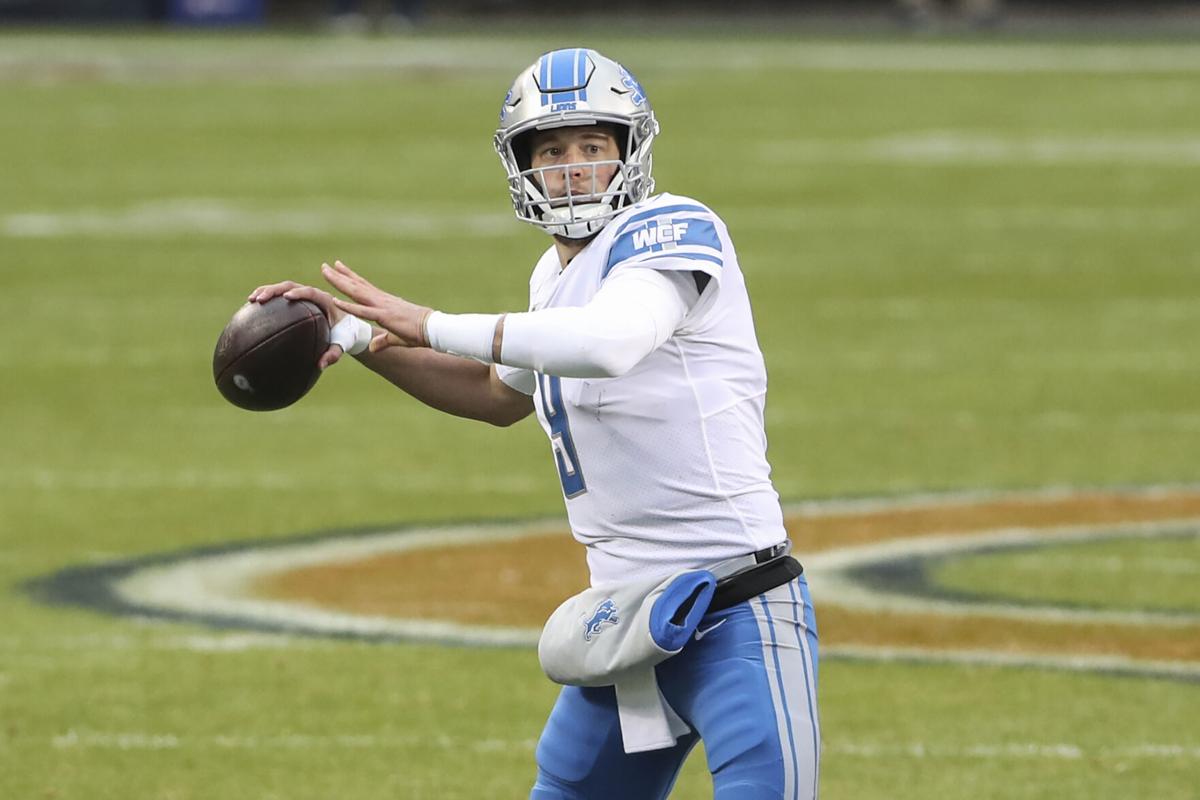 Detroit Lions quarterback Matthew Stafford looks to pass against the Chicago Bears on Dec. 6, 2020, in Chicago. 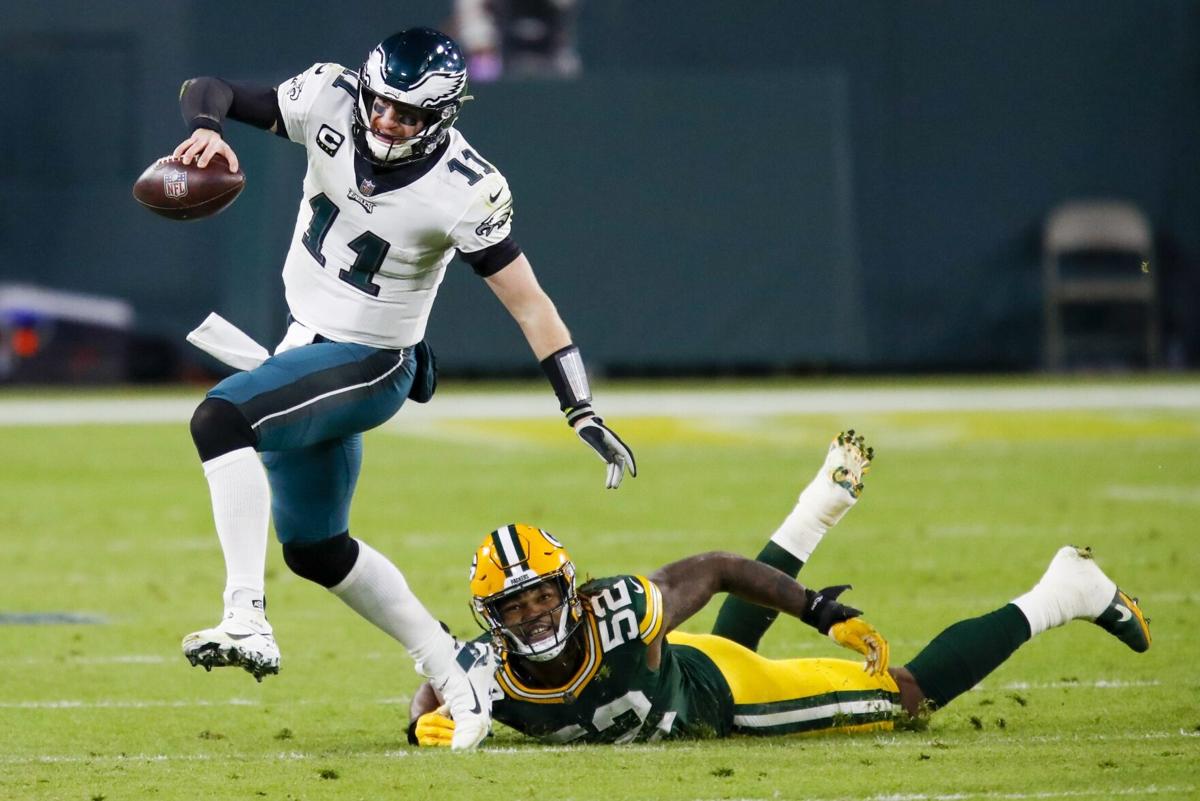 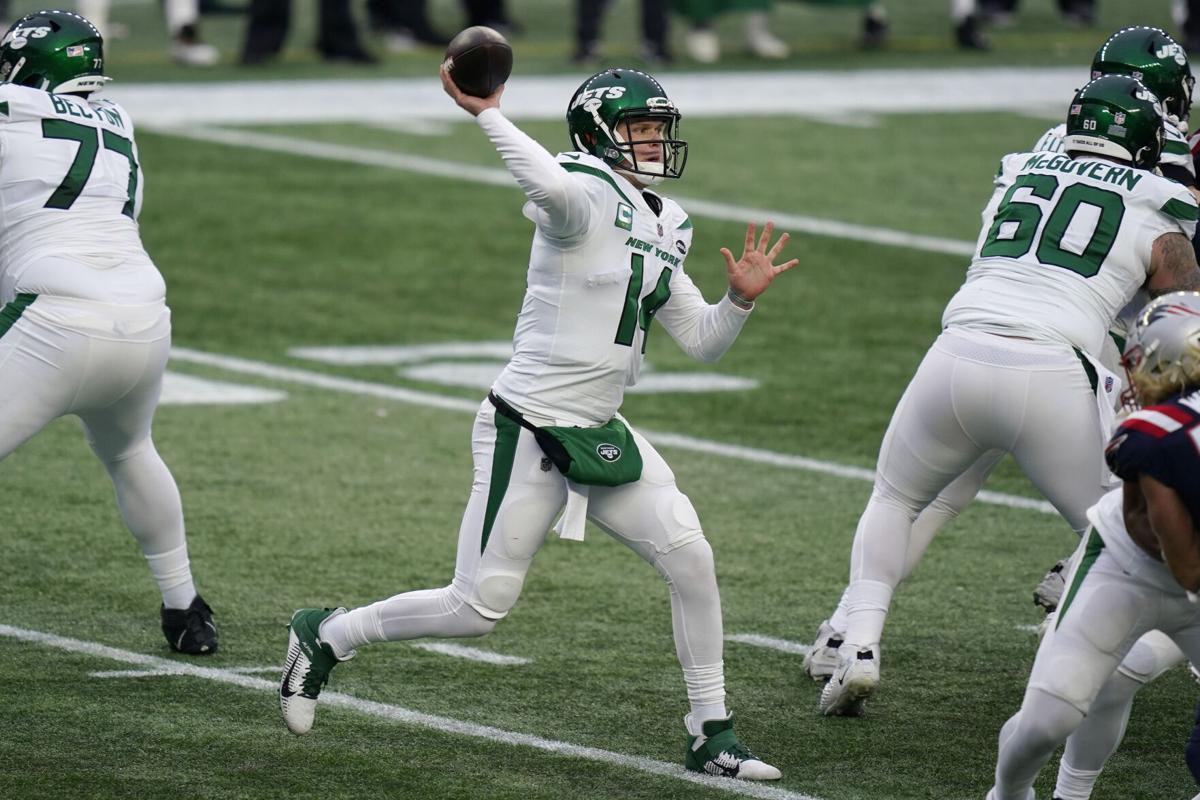 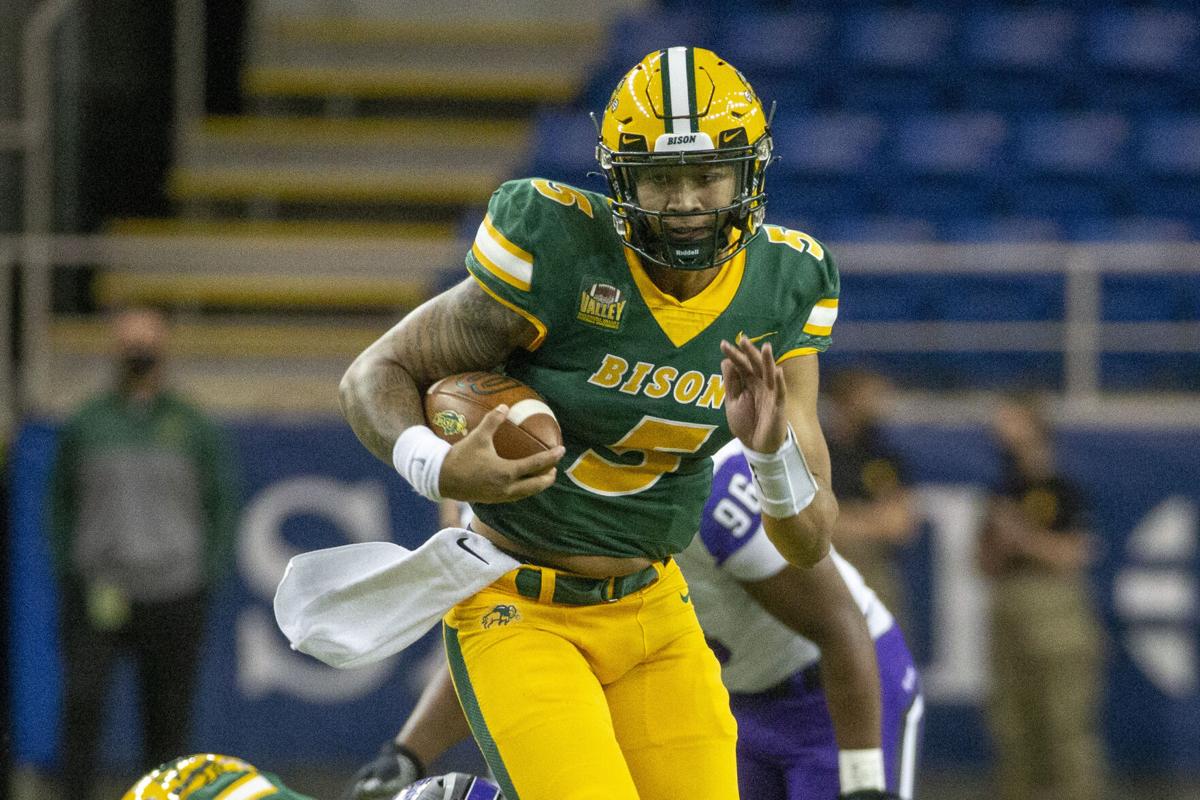 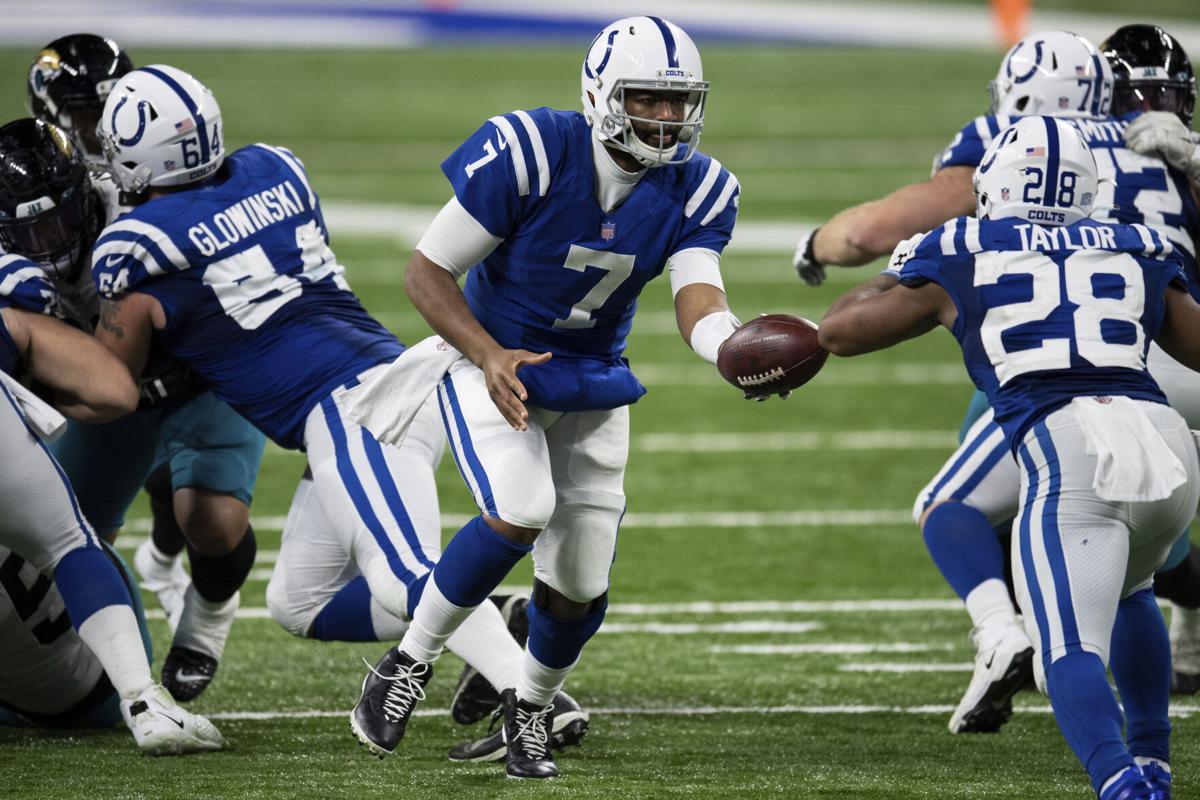 Detroit Lions quarterback Matthew Stafford looks to pass against the Chicago Bears on Dec. 6, 2020, in Chicago.

INDIANAPOLIS — Chris Ballard understands the enormity of the task ahead.

Even before Philip Rivers announced his retirement Wednesday, the Indianapolis Colts general manager already was thinking about the future at the quarterback position. He admits there’s a little luck necessary in finding the right fit.

As much as rules have been written in favor of offenses, there remains a limited number of quarterbacks who truly are worthy of the “franchise” label — guys a franchise can build around and contend for championships for the foreseeable future.

Indianapolis historically has only acquired those players with the No. 1 overall pick.

“Well, I can promise you this (if) we get the first pick in the draft, we’re not gonna be having these press conferences with me,” Ballard said during last week’s season-ending media availability. “It’s gonna be somebody else. So we’re gonna have to find a way to fix the problem and find a long-term solution as we go along.”

Here’s a look at five potential solutions over the next three months:

A Google search of the Detroit Lions quarterback’s name produces a litany of articles speculating on his future. The Lions have a new general manager in Brad Holmes and introduced new head coach Dan Campbell on Thursday, with both hires being well received by most reports.

But it’s unclear how much of an appetite Stafford has for another rebuild. The Lions have made just three playoff appearances since Stafford was selected with the No. 1 overall pick in 2009, and the franchise hasn’t won a playoff game in nearly 30 years.

Campbell had plenty of praise for the star passer during his introductory press conference but stopped short of making a full commitment to Stafford’s return.

“I’m gonna have to sit down with Brad Holmes, but here’s what I’ll say: Matthew is a stud,” Campbell told reporters. “He’s one of the toughest QBs you’ll ever see. He’s extremely talented, a team guy and I know he wants to win. So I’ll leave it at that.”

Reports, including one from CBS studio host Boomer Esiason, suggest Stafford wants out. If he presses the issue, it’s not hard to see the Colts having interest.

Stafford turns 33 on Super Bowl Sunday, just one year older than Andrew Luck will be in September. So his addition would not greatly accelerate the clock the franchise was on before Luck’s sudden retirement in 2019.

It’s not hard to find league observers suggesting Stafford would be an outstanding fit in Indianapolis, but there are many questions remaining before that begins to become a reality.

No matter Stafford’s preference, Detroit ultimately must decide to deal him with two years remaining on his contract. And Ballard likely would need to win a bidding war if the quarterback does hit the market.

A month ago, Wentz to the Colts was one of the league’s hottest rumors. Then Doug Pederson was fired as the Philadelphia Eagles head coach, and Indianapolis offensive coordinator Nick Sirianni was hired Thursday as his replacement.

Both moves are seen as an olive branch from owner Jeffrey Lurie to the disgruntled former MVP candidate. Wentz’s best season came with Colts head coach Frank Reich as his offensive coordinator in 2017, and there’s widespread belief Reich stands the best chance of getting the 28-year-old quarterback’s career back on track.

The Eagles might have put stock in that theory, hiring — in Sirianni — the next best thing.

The same questions surrounding Stafford’s exit exist with Wentz, but Philadelphia’s recent actions suggest the team’s not very likely to offer the quarterback to the highest bidder.

Ballard had the chance to draft Darnold in 2018. The Colts held the No. 3 overall pick that year but had faith Luck would return from a year off because of a shoulder injury. So the pick was traded to the New York Jets, who selected Darnold.

Could Indianapolis end up with Darnold, too? The 23-year-old has struggled in three seasons in New York and could be on the move with the Jets holding the No. 2 overall pick.

He’d likely be the least expensive addition on the list so far, and he obviously has plenty of runway left in his career. But he’s also the least accomplished.

In 38 career starts, Darnold has thrown 45 touchdowns and 39 interceptions.

Indianapolis has the 21st overall pick in this spring’s draft, a position that will keep it out of play for the top quarterbacks in the class.

But the roster is uniquely positioned to trade draft assets if the right target is identified. The Kansas City Chiefs traded up 17 spots to select Patrick Mahomes in 2017, and Ballard spent much of that player evaluation season in their front office before being hired by the Colts in late January.

Potential targets include BYU’s Zach Wilson, North Dakota State’s Trey Lance and even Ohio State’s Justin Fields if he slides after an inconsistent season during the pandemic.

This move isn’t likely to excite the fan base, but it can’t be ruled out.

The 28-year-old has started 30 games for Indianapolis over the past four seasons, completing 59.5% of his passes for 6,059 yards and 31 touchdowns. He’s scheduled to become a free agent in March but retains a healthy degree of respect within the organization.

“I don’t want to discount Jacoby,” Ballard said last week. “We still like Jacoby Brissett and think that he’s a good player. So let’s don’t completely take Jacoby out of the mix here.”