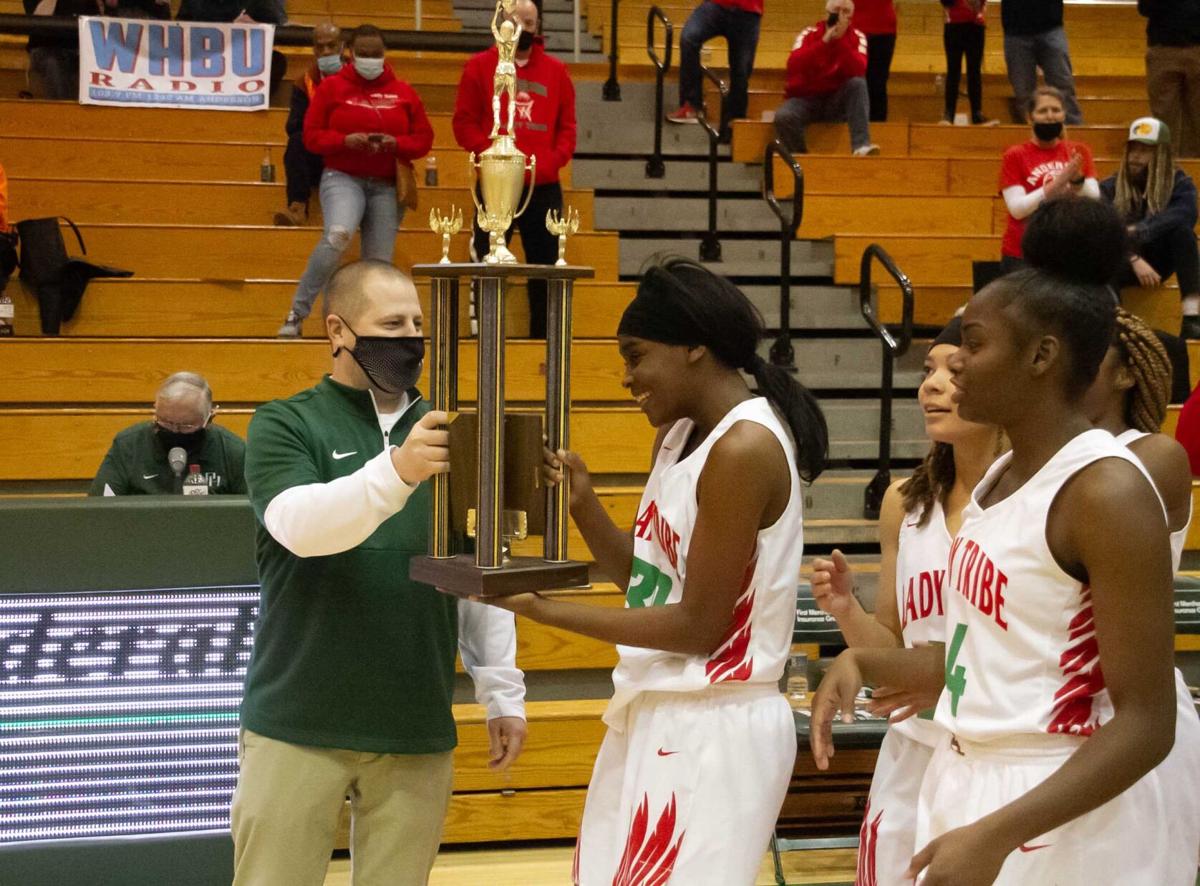 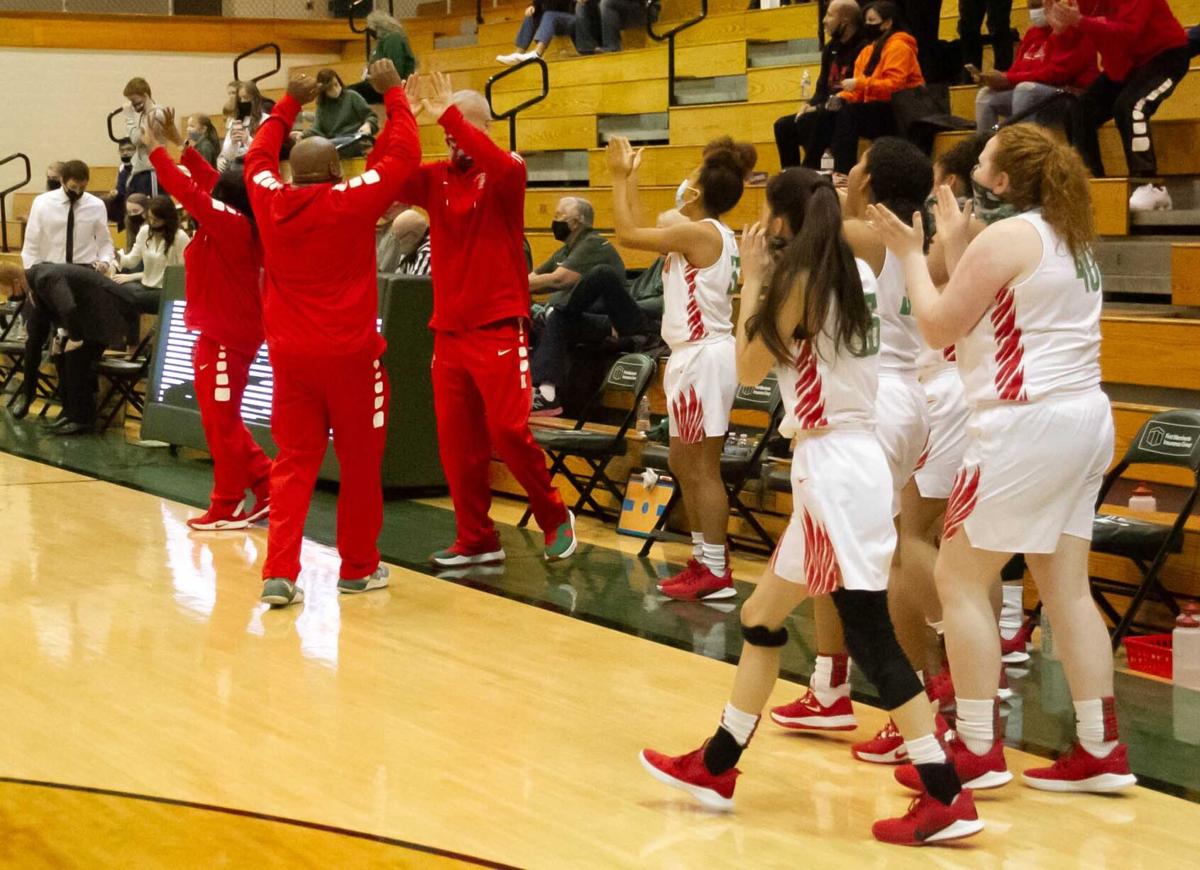 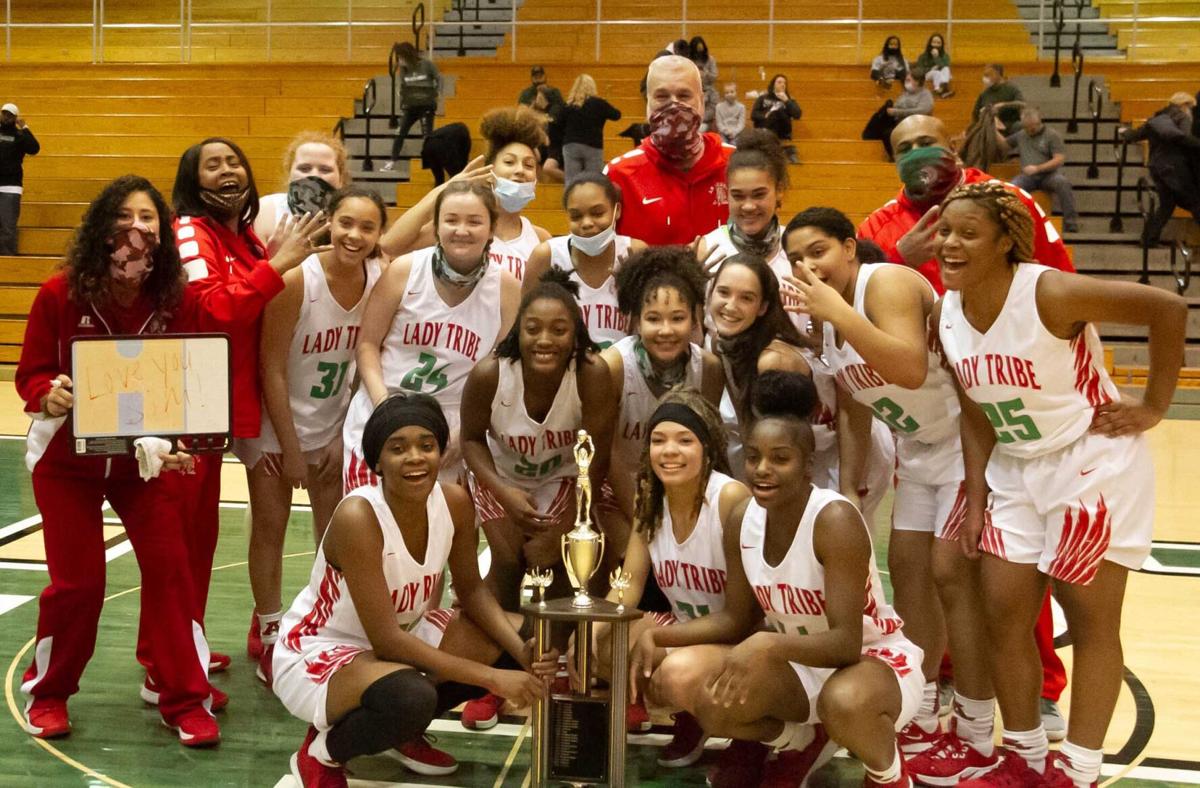 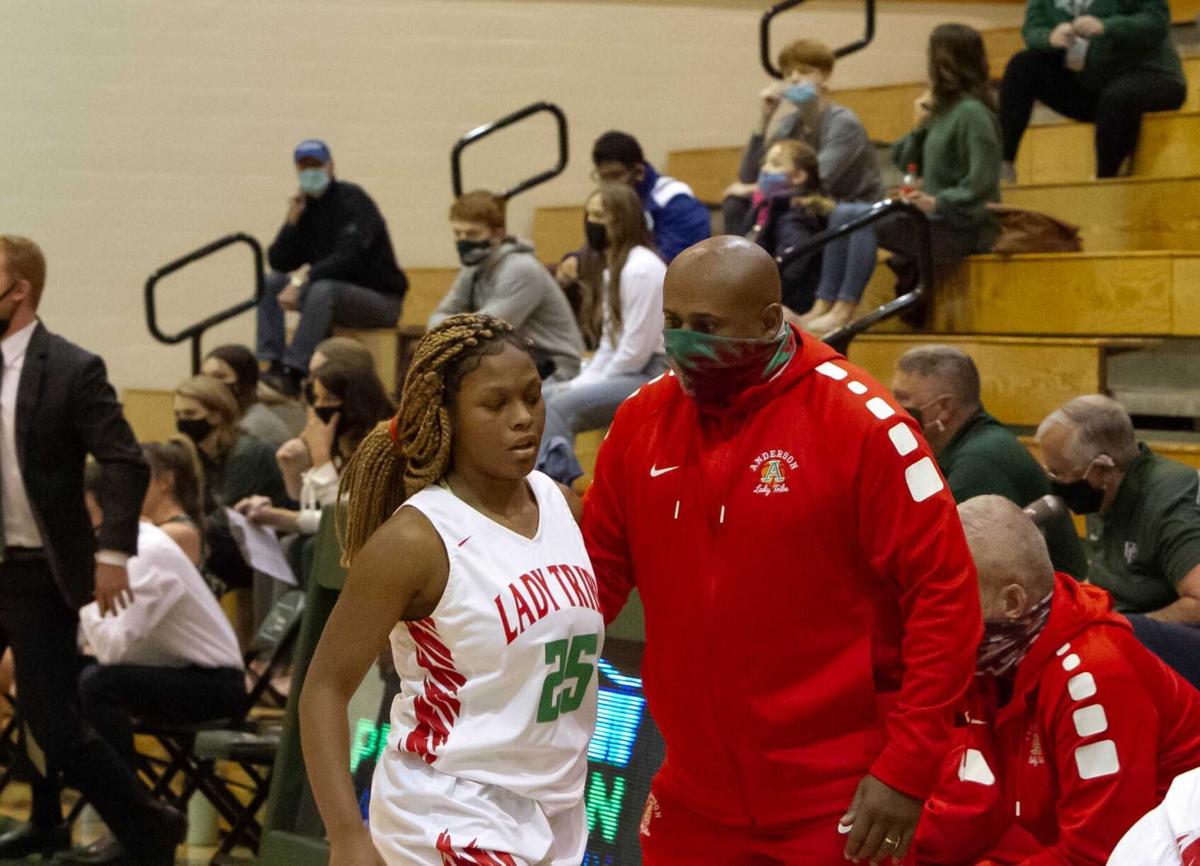 Anderson coach Shannon Cleckley talks with Makhile McWilliams as she comes off the floor Saturday.

Anderson coach Shannon Cleckley talks with Makhile McWilliams as she comes off the floor Saturday.

PENDLETON — The combination of a determined Tyra Ford and a weary Pendleton Heights team paved the way for the Anderson girls basketball team to make history Saturday night.

Ford scored 12 of her game-high 28 points in the fourth quarter as Anderson came from behind in the second half to record its fourth straight Madison County championship with a 61-56 win over the Arabians.

It was an emotional win for the Indians, still mourning the sudden passing of assistant coach Sim Lacy just over a week earlier. He was on the minds of the players Saturday evening.

The same emotions held for Anderson coach Shannon Cleckley, who won his fifth overall as coach of the Indians.

“Not that this one means any more or less than any other, with the loss of our assistant coach, Sim Lacy, this puts an extra added touch to this,” Cleckley said. “We talked about that today. We had a shoot-around today, and we talked about only controlling what’s in front of you, and I know he would want them to do their very best.”

Anderson’s pressure defense caused the Arabians nothing but problems from the outset, forcing 11 PH turnovers during the first quarter as the Indians jumped out to a 17-7 lead. For the game, the Arabians committed a total of 26 miscues.

Despite the early struggles, PH did battle back behind Kylie Davis. As the offense settled down, she scored five quick points in the second quarter as the Arabians pulled to within two points on three occasions before settling for a 28-25 Anderson lead at intermission.

The Arabians came out with a flourish in the third quarter. Gracie Conkling converted a three-point play to tie the game before Kylea Lloyd gave PH the lead at 29-28 with a free throw. The rest of the third quarter was a slugfest that featured five lead changes and two ties, but PH finished the quarter strong with a 9-0 run capped on a pair of Davis free throws for a 43-36 lead.

But Ford found Kaylie Vaughn for a layup at the buzzer to pull the Indians (8-7) within 43-38 and start a run of their own.

“That was a very pivotal moment,” Cleckley said. “It was the light went on, and she said, ‘Let’s quit playing around and get down to business.’ She guided them through some adversity.”

She scored the first two baskets of the fourth before Makyra Dixon hit a pair of free throws to put Anderson back on top at 44-43.

Davis then hit three free throws in four tries to put PH back on top.

But Ford recorded an assist to Dixon and hit a pair of free throws to push Anderson back on top to stay at 49-46.

“I just knew that we were going to win by 20, if we would just play good,” Cook said. “I know we’re going to keep building this lead and, before I know it, we’re down one, we’re down three. Too many turnovers.”

Instead, it was Anderson that built the lead, eventually going up by eight at 57-49 on a pair of Ford free throws.

Davis pulled PH (9-6) within five at 58-53 with two free throws that also boosted her to reach the 1,000-point milestone for her career.

But there were just 47 seconds left and, thanks to Karlee Goodwin’s two free throws that followed, the Arabians comeback ran out of time.

Goodwin, one of three seniors along with Ford and Dixon to be a part of this historic four-peat, finished with 12 points and was 4-of-4 at the free-throw line in the fourth quarter.

“I was pretty much thinking that I hope all those free throws I take at practice pay off,” Goodwin said. ”It did, so I was happy about that.”

Davis led the Arabians with 27 points, and Lloyd added 12 points and 11 rebounds.

Ford finished just short of a triple-double, adding 13 rebounds and eight steals after a couple relatively quiet games earlier in the tournament in wins over Liberty Christian and Lapel.

“Coming out after the third quarter, my coaches told me this was my time,” she said. “They helped motivate me to come out and play harder.”

This was the eighth title all time for Anderson, still one back of PH for the most.