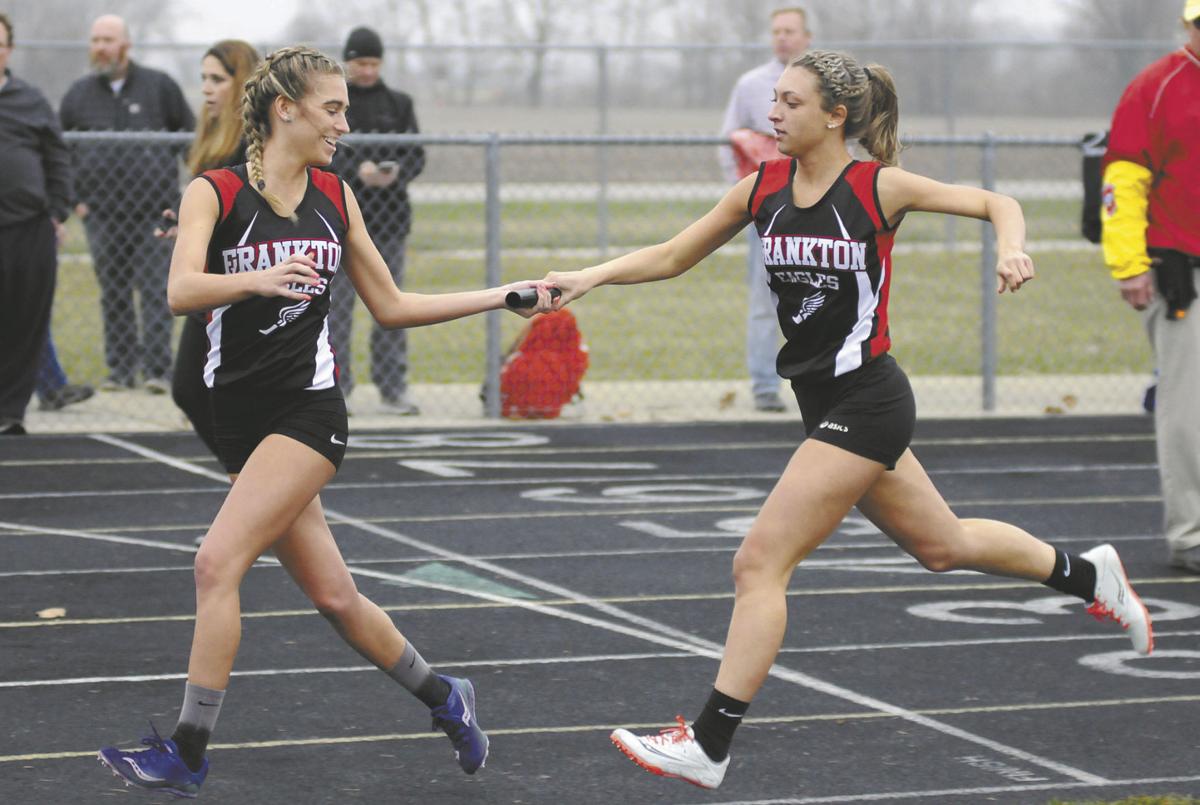 Frankton’s Kayla Quimby takes the baton from Rachael Lemaster as the Eagles won the 1,600-meter relay during a spring 2018 track meet. 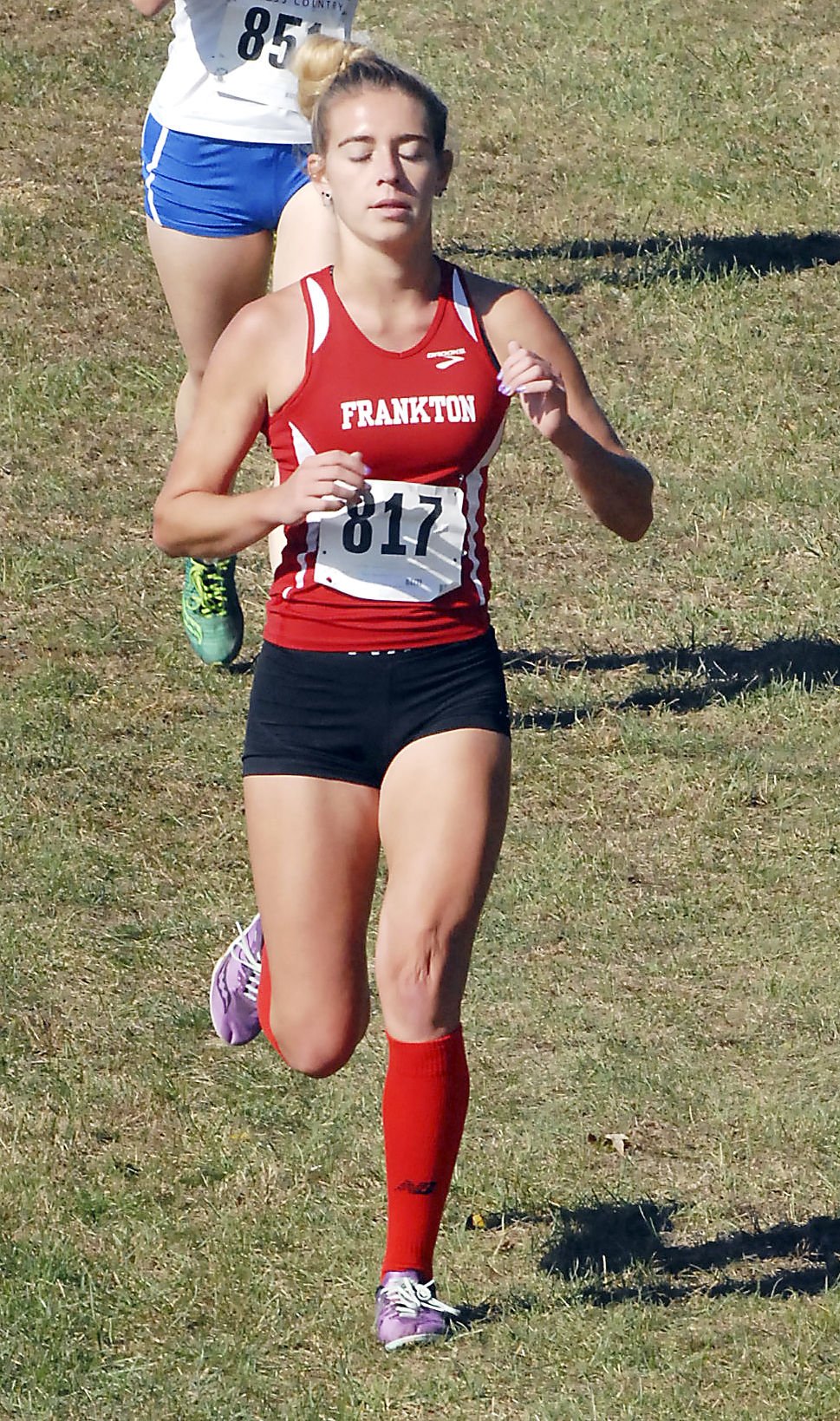 Frankton’s Kayla Quimby takes the baton from Rachael Lemaster as the Eagles won the 1,600-meter relay during a spring 2018 track meet.

FRANKTON — When the schools and gyms were closed down due to the coronavirus pandemic, there were far fewer places for athletes to work out and train. With no tracks or treadmills available, even college-bound distance runners had to get creative as they prepare to compete at the next level.

That is, unless one has grown up in rural Madison County, where social distancing may be a little easier.

“I’ve just been running on the roads around my house instead of going to the park, because Mounds (Park) is always packed,” Frankton graduate Kayla Quimby said.

Quimby is headed to St. Francis University this fall, where she will study to be a math teacher while competing for the school’s cross country and track and field teams. Her new coach and the location of the school were among the factors in her decision.

“I like their coach, and the class sizes are really small,” she said. “Also, it’s in Fort Wayne. So if I have some down time, I won’t be bored.”

Her coach will be Corey Birchmeier who, while glad to have a talented runner like Quimby on the team, said it is her character and dedication to scholastic achievement that are the biggest reasons he is bringing her to Fort Wayne this fall.

“I’m really excited for her,” he said. “I’m always big on bringing in good kids who get it done in the classroom, and she’s definitely one of those. She’s a great person with great energy, who likes to do the right things.”

He adds his expectations for Quimby are similar to what he has for most runners, which is to see daily improvement.

“I think we’re going to see continued improvement out of her,” he said. “We try to be a little bit better today than we were yesterday. She’s already embraced that quite a bit. She’s been getting her runs in every day. She can come in and improve on what she did in high school. I know the transition (to college) can be weird, but I think she can come in right away and have an impact for us.”

With no end in sight to the global health emergency, the fall athletic season is bound to look different from those in the past. Birchmeier is optimistic there will be a season but is unsure of what competitions may look like, with limitations on travel and large meets a distinct possibility.

“The NAIA hasn’t come down with a final decision yet, but I don’t see our sport being impacted too much,” he said. “We’ll probably only run about six meets, or about one every two weeks, this fall anyway. I don’t really see them taking away too much of our fall with us competing less than the others. We’ll see how that plays out over the next couple weeks, but the team is in really high spirits.”

After a spring of so many heartbreaks brought on by the pandemic, Quimby is grateful to have another opportunity to compete in the fall after missing out on a promising track season for the Eagles.

“I’m super excited after losing the spring track season,” Quimby said. “It made me realize how glad I am to keep running.”