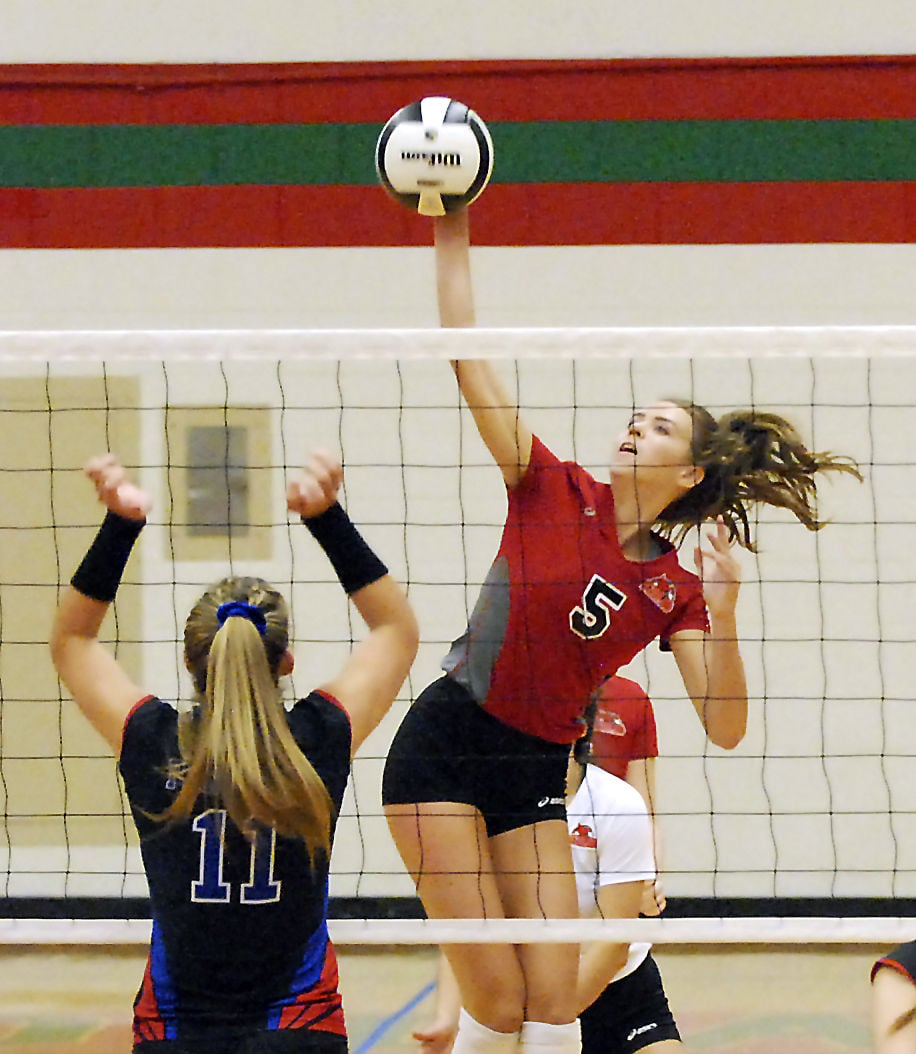 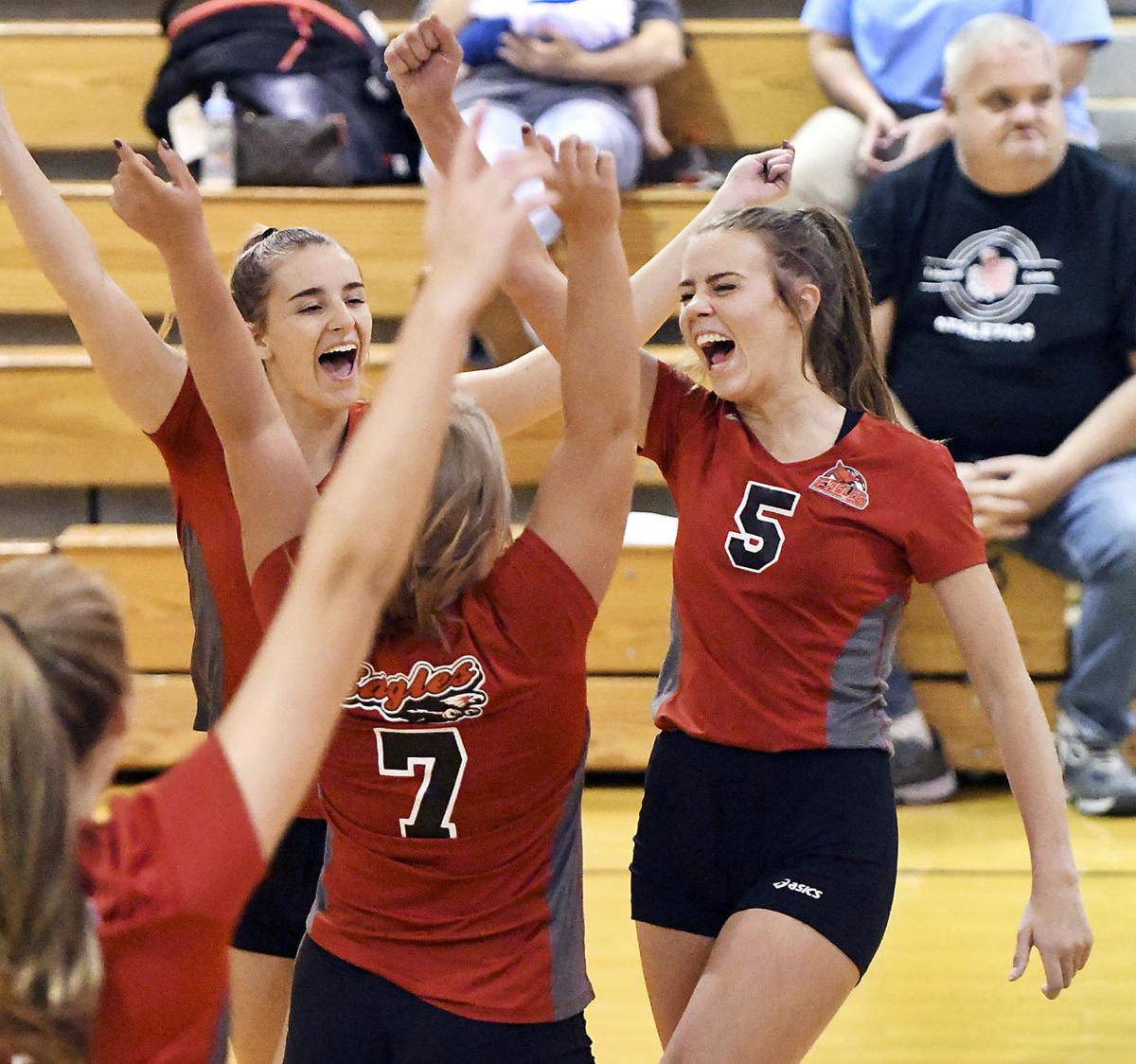 Frankton’s Kate Sperry, right, celebrates with her teammates after getting her 1,000th kill in her high school career last season against Liberty Christian.

Frankton’s Kate Sperry, right, celebrates with her teammates after getting her 1,000th kill in her high school career last season against Liberty Christian.

FRANKTON — For a volleyball player with the talent of Frankton’s Kate Sperry, the choices of where to play at the college level were plentiful. She had been a successful club player and had helped the Eagles to a sectional title in 2018 and a 27-win season in 2019, also earning THB Sports Volleyball Athlete of the Year honors as a senior.

Early in the process, Grace College was not among her leading courters. But, while visiting a former Frankton teammate who now plays softball at the school, it did not take long for Sperry to realize that was where she needed to be.

“Grace was not in my top two. That would have been Trine and Marian,” Sperry said. “Laikyn (Lowe) was at Grace, and I wanted to see (her). So I thought I’d do a visit there. I left that visit knowing that’s where I wanted to be.

“It was crazy. I talked to the coach on the visit and everything seemed like a perfect fit, where I could grow athletically, academically and spiritually, which are all really important to me.”

Grace College coach Katie Von Hofwegen will be the beneficiary of Sperry’s change of heart. She said not only do Sperry’s off-the-court priorities fit the university well, her abilities on the court satisfy a need for the team.

“It happened kind of fast, I feel like,” Von Hofwegen said. “When we found out about her kind of late, we had her visit us on campus and, from there, it kind of evolved rather quickly. For us, it was very exciting, we needed an outside hitter and her arm, her swing and her training at Munciana was what we were looking for.”

The coach expects Sperry to help the team right away. She also sees great potential for improvement over the next four years at Grace.

“She is definitely going to fill a hitting role for us,” Von Hofwegen said. “She can work on her passing and be considered more of an all-around player for us at this level.”

While the globe is still in the grips of the coronavirus pandemic, Grace is among many universities announcing plans to reopen this fall after being closed since the spring. Bringing students in later than usual, shorter semesters and more online classes are parts of the strategies being employed this fall, which will make this year’s freshman experience much different than those who have come before.

Volleyball season will probably look much different than usual as well.

“I definitely think that our administration has looked at every scenario to (reopen) well and with the safety of the kids as the top priority,” Von Hofwegen said. “Athletics is still being looked at as to how to do this well. …I’m very confident that we will have an athletic season, but I think it will look different.

“Our kids will have an opportunity to play and, to me, that’s what it’s all about. We may have to shorten our schedule a little bit. We can limit our travel and take the precautionary measures, but I’m certain we’re going to have sports this fall.”

While Sperry does not play a spring sport, the heartbreak she saw in her friends — including Lowe — when the spring season was canceled is fresh in her mind. It is not something she wants to experience herself.

“My biggest concern is getting to play at all my freshman year,” she said. “I just worry for the seniors. Obviously, I got my senior year in volleyball, but I know athletes in high school did not, and that just sucks. And for college seniors, I mean, that’s their very last time. So I’m concerned for them.”

With gyms closed down, volleyball players have had to get creative to continue the drills and practice they need to stay ready for when play resumes. Borrowing an idea from a county rival — and a close friend — Sperry and her family made the best of the situation by building their own pepper-board.

“We saw it on Twitter from the girls at Pendleton. They were using it,” Sperry said. “So my mom (Frankton coach Beth Sperry) said something to my grandpa. He built it and had it to our house in a couple days. We can do all kinds of drills with it. I can hit it by myself, or I can have a partner and we can pepper with it. (Pendleton Heights graduate) Averi Lanman comes over, and we do that.”

Whatever the fall has in store, Sperry will be ready.

“I think I just have to be one of those players who can do anything they ask me, and that’s what I’m working on this summer,” she said.