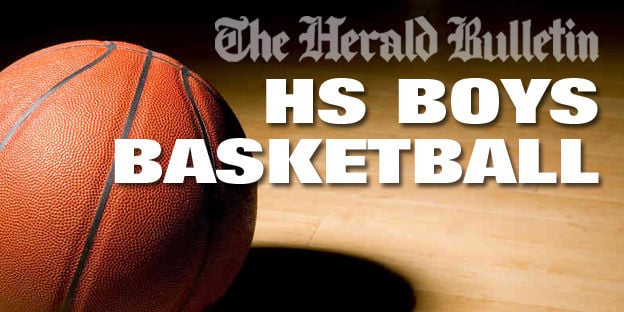 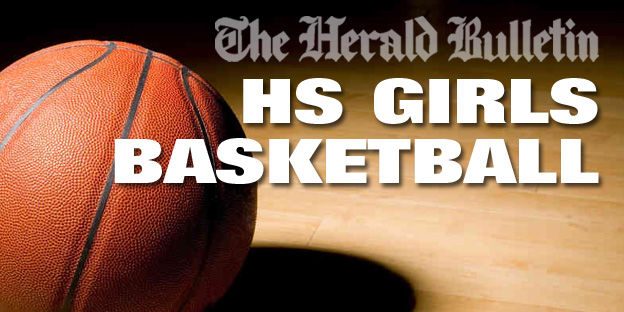 And he put a smile on the faces of himself and everyone else at the Eagles Nest by getting a steal and drilling a 3-point basket at the first-quarter buzzer of the contest between the Class 2A No. 1 and reigning state champion Eagles and Westfield.

But that wasn't enough, as Frankton saw its 19-game win streak come to an end at the hands of a quick and hardened 4A Shamrocks squad, 79-62.

The Frankton girls dropped a 57-51 decision to Westfield in the front half of the varsity doubleheader.

Between games, Frankton paid tribute to Chris Hatzell, an assistant basketball and baseball coach and eighth-grade teacher who passed away Tuesday at age 44. He was a 1992 Frankton graduate who was on the school's sectional runner-up hoops team his junior year.

The cheerleaders displayed a large American flag on the floor, and a moment of silence was observed. It was announced the team will have a black stripe on its uniforms in Hatzell's memory for the remainder of the season.

"He was a hard worker, and he just had a good personality about him, and he did a lot of good things around here," Frankton coach and athletic director Brent Brobston said. "He took care of all the kids here at Frankton, and he did what he was supposed to do as a teacher, an educator and a coach. We lost a real special guy."

And if a flat night on the floor ever was understandable in the grand scheme of things, Thursday was that night.

The triple by JJ Hatzell, who entered the game with 4:45 left in the first quarter, was the clear highlight as far as the Eagles (8-1) were concerned.

Westfield (4-4) began to break what had been an up-and-down contest open in the final three minutes of the first half. The Shamrocks ended it with a 10-0 run and took a 39-31 lead into the locker room.

Frankton did close to within three midway through the third quarter, but Westfield's quickness, combined with the weight of the events of the past three days, ultimately did the Eagles in. The Shamrocks put up 29 points in the final period.

"We were a step slow tonight," Brobston said. "We haven't practiced in a week, and we had a lot going on with the kids, trying to focus on more important things than basketball, and we obviously weren't ourselves tonight."

Frankton's girls (12-3) were locked in a tight battle throughout their match and led with just under two minutes to go, but a pair of 3s by Westfield (11-5) proved costly to the Eagles.

Sophia Kreag sank one to put the Shamrocks ahead 50-48, then after a Destyne Knight bucket to tie, Jade Shipley knocked one home off an offensive rebound at the 1:40 mark, and that proved to be the winning shot.

Frankton led from the start of the second quarter until midway through the third, and by as much as 24-17.

It was knotted at 37 with a quarter to play, and the Eagles scored six unanswered at the start of the final period before Westfield matched that run. The lead changed hands two other times before Kreag made her 3.

Sydney Tucker paced the Eagles with 18 points, and Knight had a double-double (15 points and 10 rebounds).

The Eagles made six treys in the first half, but none after that. They shot just under 40 percent from the field (15-of-38).

Frankton's teams host Pendleton Heights on Tuesday in the first round of the Madison County tournament. The girls game begins at 6 p.m., and the boys follow.