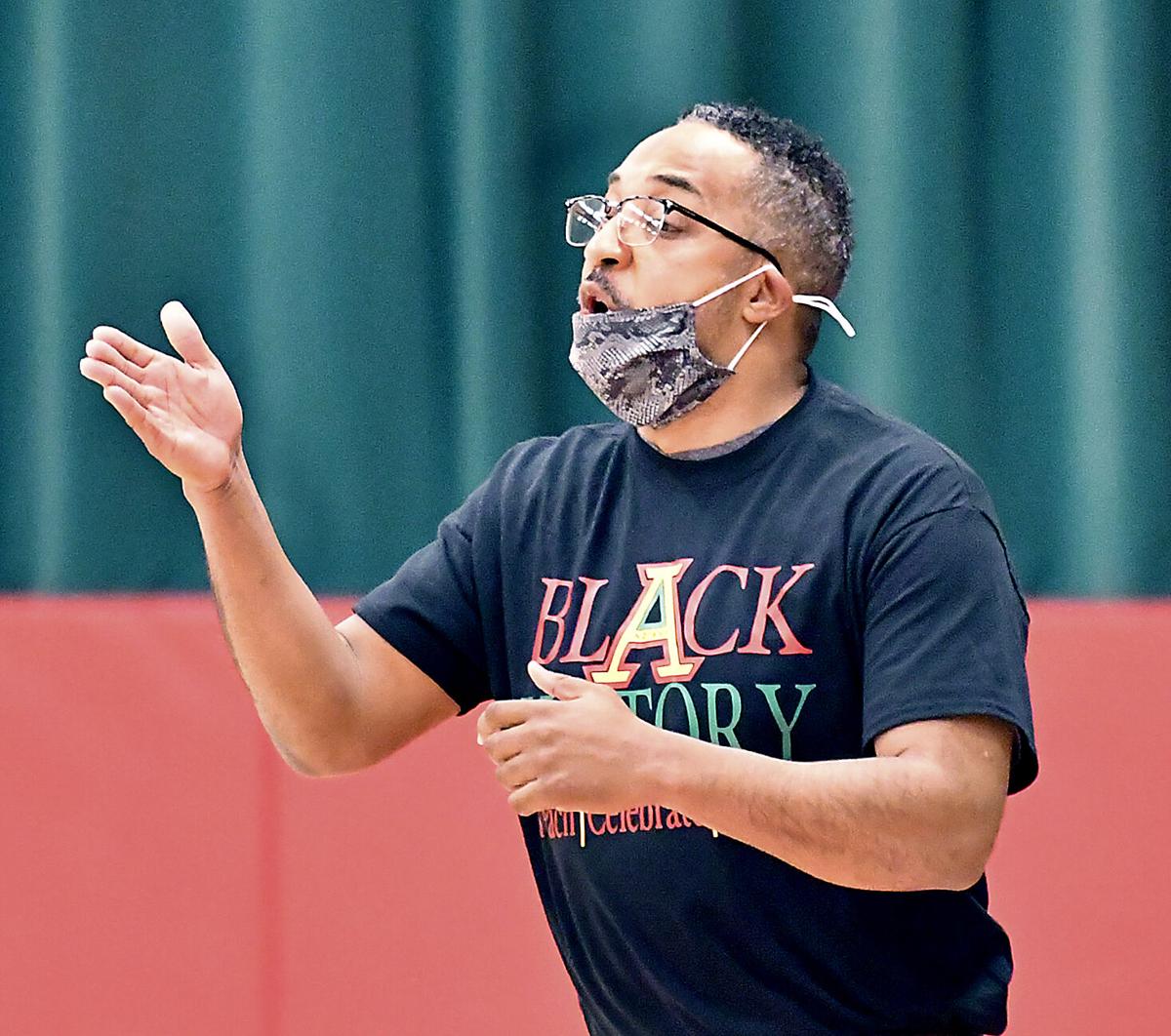 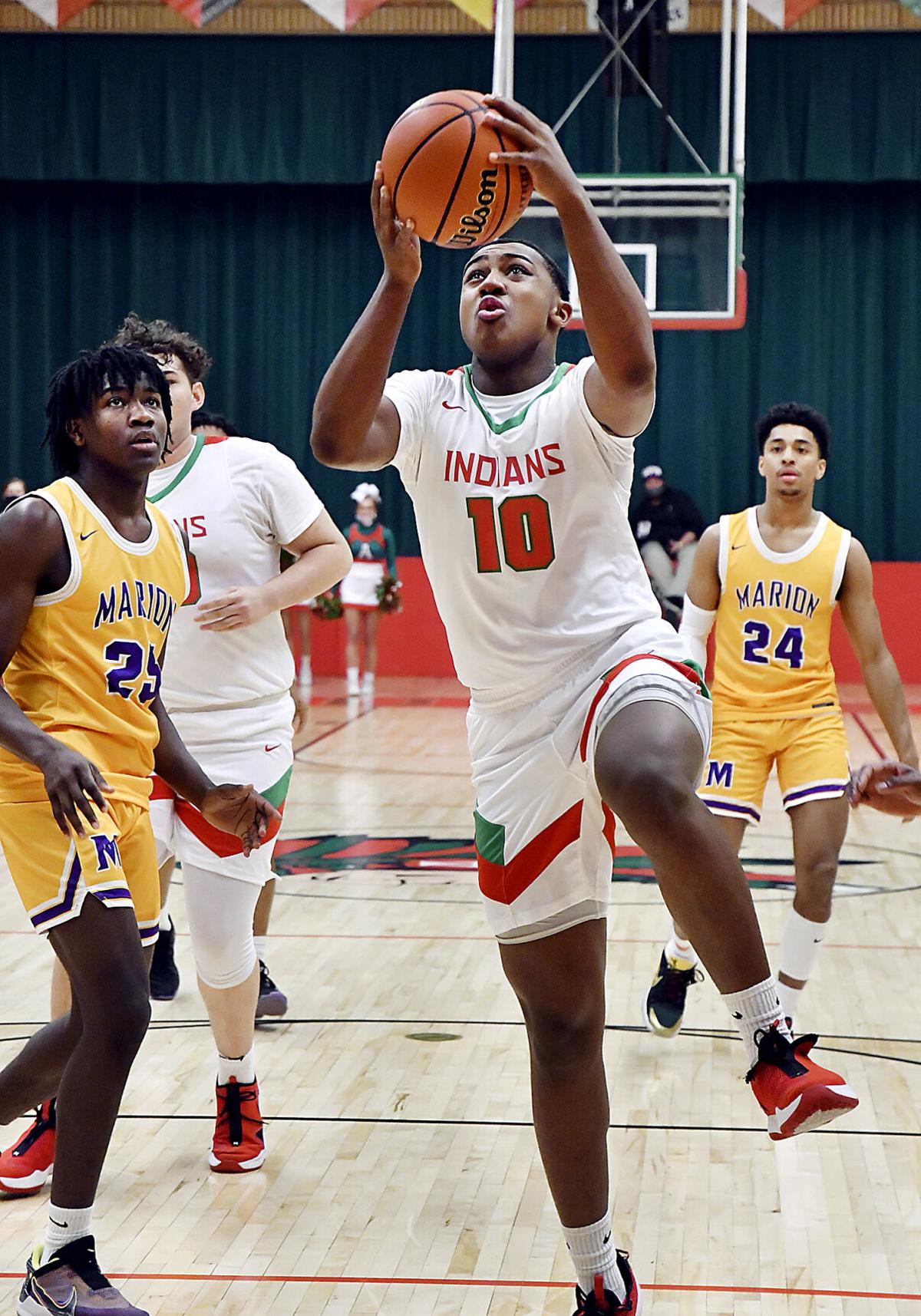 Anderson’s Tyrelle Wills beats the Marion defense and goes in for a basket on Jan. 19. 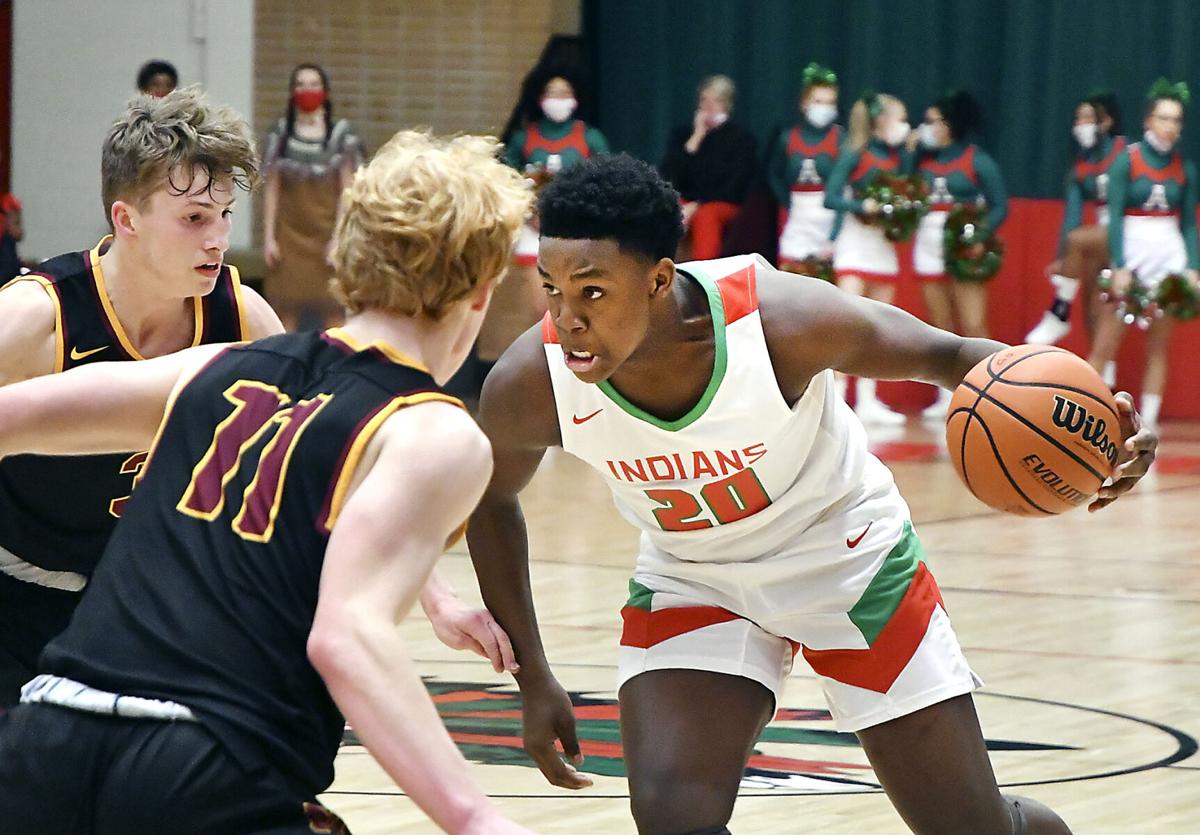 Anderson’s Ahmere Carson is intense as he works against the McCutcheon defense in this file photo. 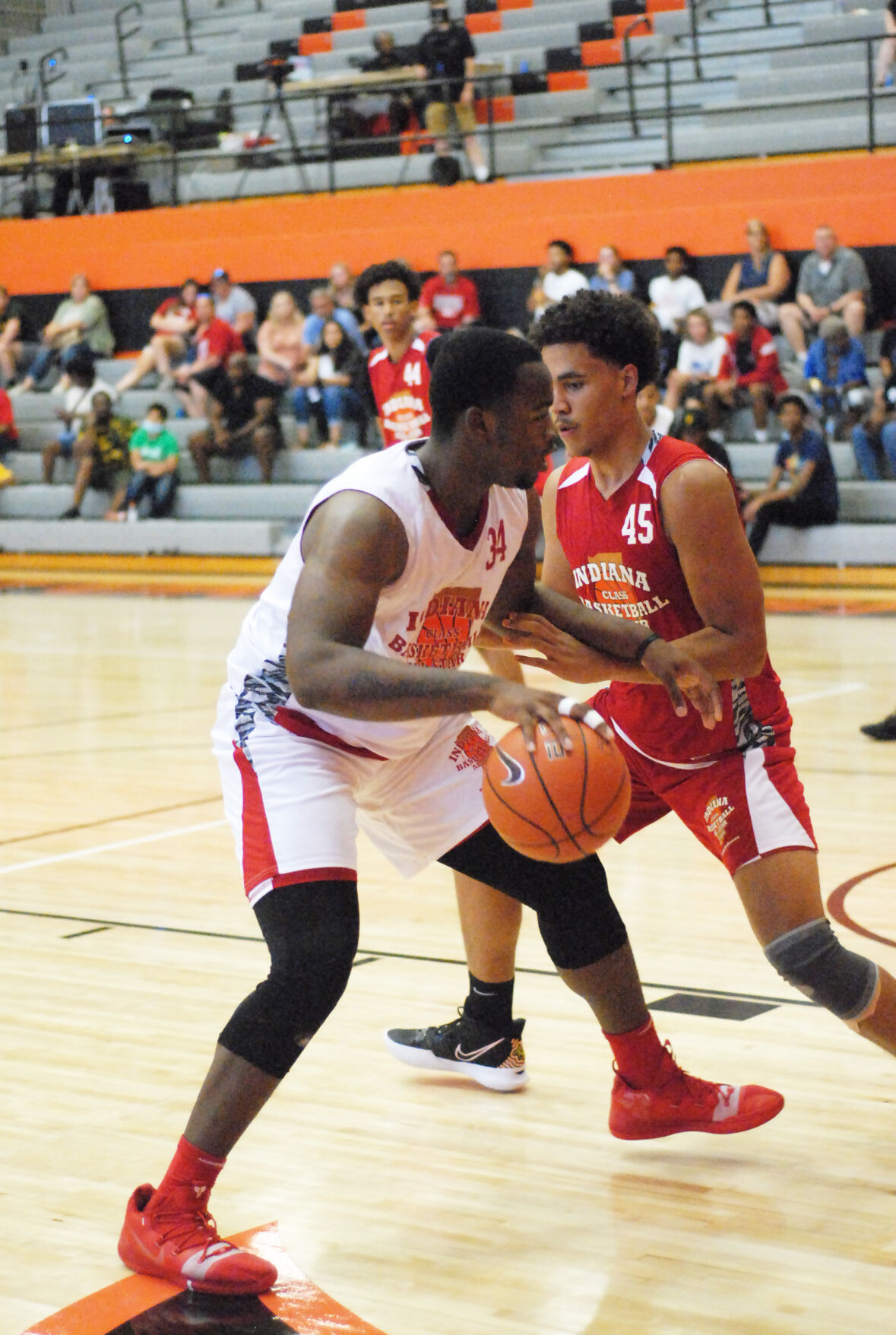 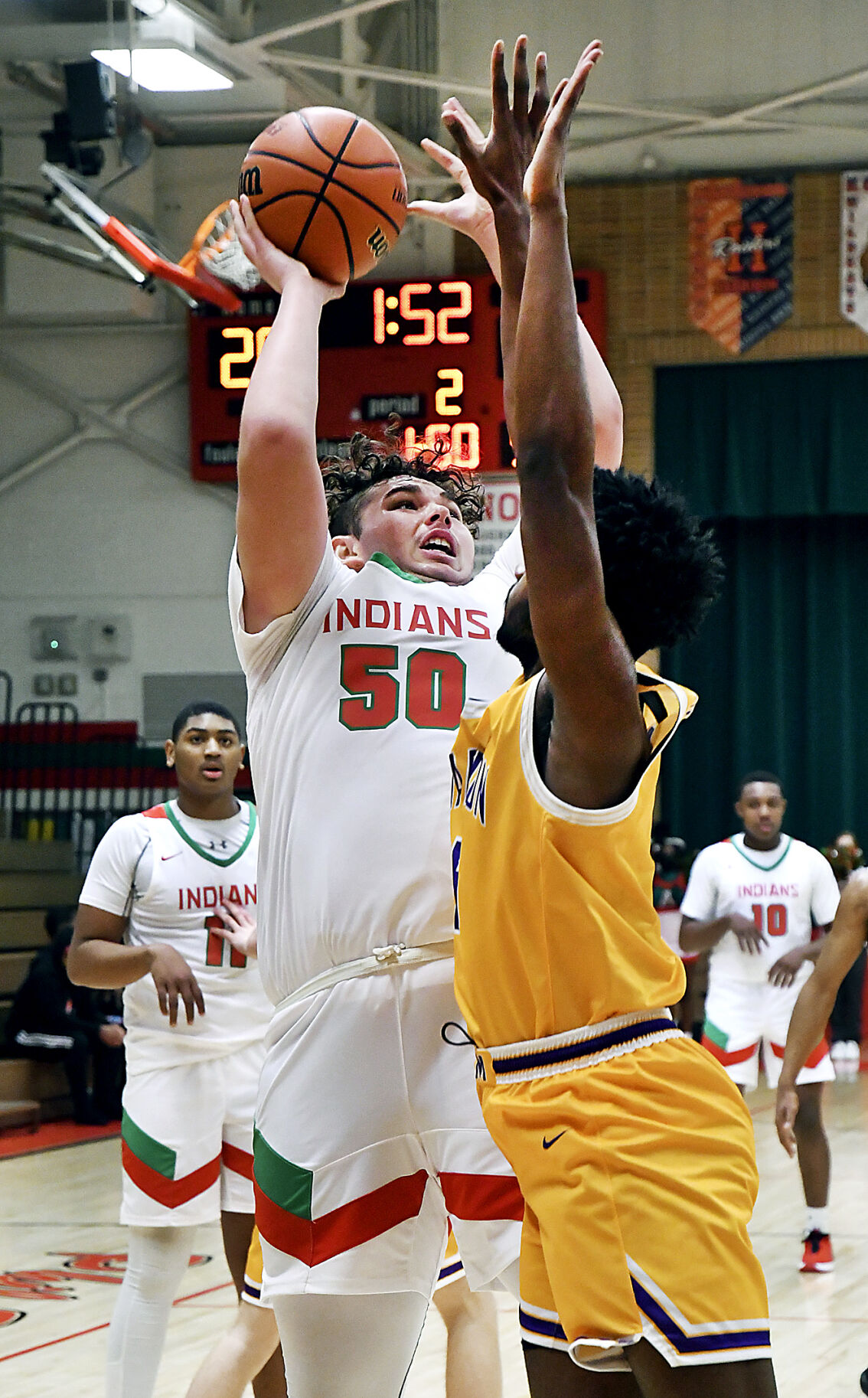 Jaylen Murphy of Anderson gets his shot off as he got Marion’s Jermaine Woods off his feet to defend early.

Anderson’s Tyrelle Wills beats the Marion defense and goes in for a basket on Jan. 19.

Anderson’s Ahmere Carson is intense as he works against the McCutcheon defense in this file photo.

Jaylen Murphy of Anderson gets his shot off as he got Marion’s Jermaine Woods off his feet to defend early.

ANDERSON — The goals for summer basketball, according to Anderson boys coach Donnie Bowling, are to bond as a team and build trust between players so each will know his role and the kids know who to go to when a play needs to be made.

This summer — the first for the second-year coach after the pandemic shut things down a year ago — the Indians team that peaked at the right time a season ago, held off Pendleton Heights in a sectional semifinal instant classic, and came up just short against Mount Vernon in the final feels those goals have been accomplished.

And there was a lot of winning along the way.

The Tribe completed their season of scrimmages and shootouts with a 25-1 record — their lone loss coming against Class 3A state runner-up Leo by two points — with plenty of notable wins and confidence that has been growing since their season ended in Richmond in March.

Anderson returns the bulk of its scoring and will add heralded 6-foot-7 transfer Sean Paige into the mix for the coming year. What Bowling saw this summer on the court was a group of kids that won games against the likes of Fort Wayne Northrup, Lafayette Jeff, Richmond, Heritage Christian, Fort Wayne Blackhawk Christian and Lawrence Central.

“The great thing is you see a lot of guys who blossom and develop a lot more than they did during the season,” he said. “You see that these guys can do a little more, and we give them more leeway during the season. During the summer, we have a little bit of offense and structure, but I really want to see how they play and create on their own.”

Rising senior Tyrelle Wills said the togetherness of the team was strengthened over the summer and led to much of the success.

“I feel that was a big part of why we won so many games,” he said. “We were gelling. We picked up kind of where we left off last year and added a few more pieces like Sean and getting him involved in the offense.”

Wills said having a full summer to play with and learn more about his backcourt mate and the rest of his teammates has been exciting.

“It was extremely big just to feel each other’s games out and what our strengths and weaknesses are,” Wills said. “It’s a real brotherhood now. We’re really building something.”

Paige joins junior Jaylen Murphy (8 points per game) to give Bowling a formidable pair of 6-7 players to work in the post. While he would like to see both players slim down a bit before the season, he was impressed with what he saw over the summer.

“Sean played well, but he really hasn’t played in two years, so that kind of hurt him,” Bowling said. “And Jaylen Murphy was really good also. Anytime we fed Murphy, he would score. It helps because now, if you double-team him, we’ll have both of those guys in. If they put their best guy on Jaylen or their best guy on Sean, we just switch off and feed it (to the other guy). Most teams don’t have two big guys like that who can score.”

After not playing last summer, the Indians finished 2021 at 11-11. Bowling feels the players are now more comfortable with his system and, following this strong summer, are ready to build on the moderate success of a year ago.

“That’s all they talk about is winning the sectional and how close we were to winning sectional,” he said. “But we have to get better because we know everyone else is getting better.”

All of this has led to excitement within a program that has not enjoyed a winning season since 2013 or a sectional title since 2009.

“It showed the team that we have a good shot at doing something big this year,” Wills said. “Now everyone is working on their individual games and staying in the gym. The summer is over, but the work doesn’t stop. We’ve got to keep working to make sure we do good this year.”

“The (opponents) who we saw this summer are the guys we’re going to see (this season),” Bowling said. “As a coach, you don’t want to say you’re going to win a lot because if you lose, everybody is going to want to know why I didn’t see it. I’ll be honest. I’ve coached for 10 years, and this is a special group. There’s just something about them.”