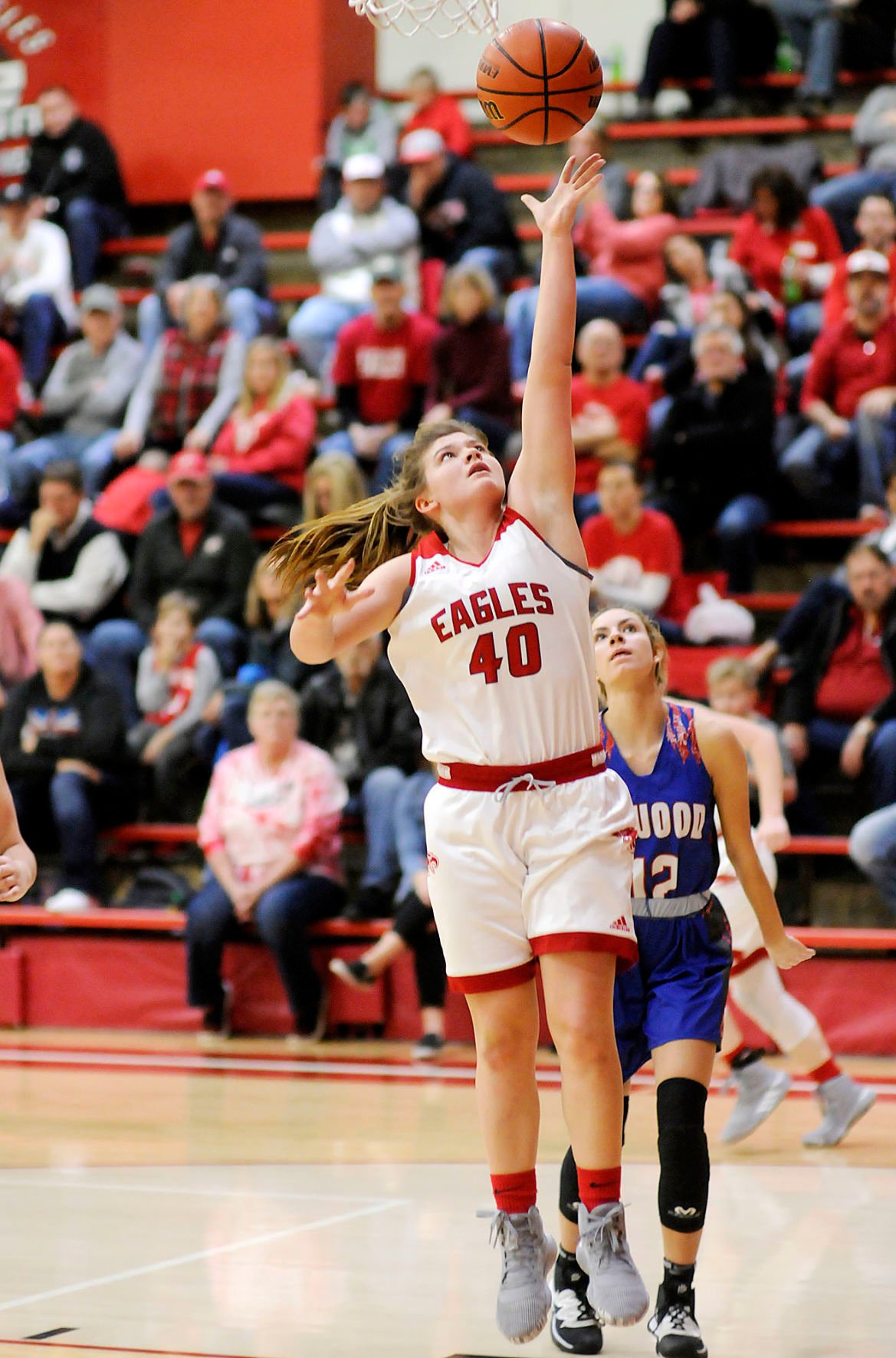 Frankton’s Grace Alexander lays up a basket as the Eagles hosted the Elwood Panthers on Friday. 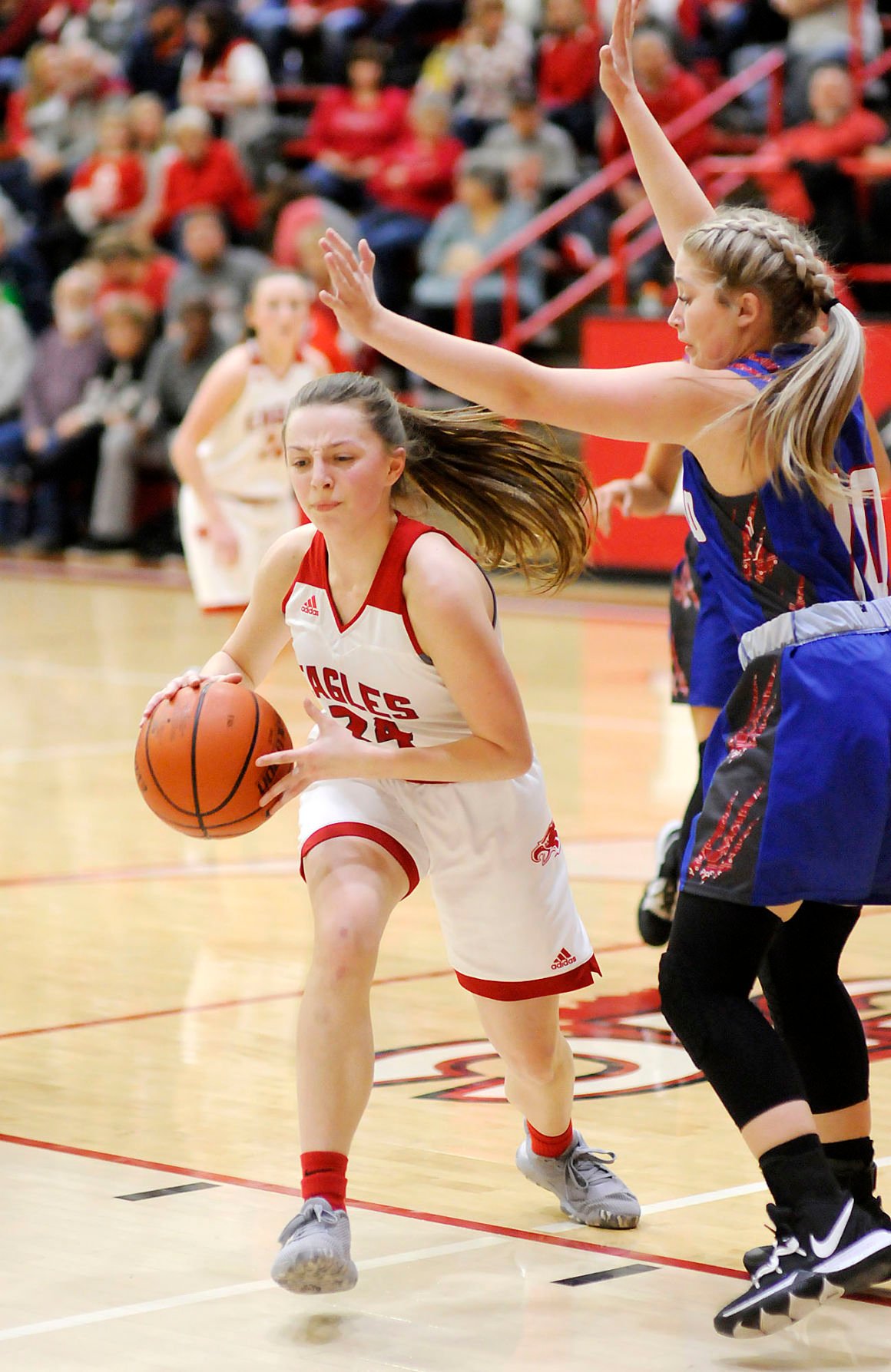 Frankton's Bailee Webb passes the ball as she is guarded by Elwood's Riley Sullivan as the Eagles hosted the Panthers on Friday. 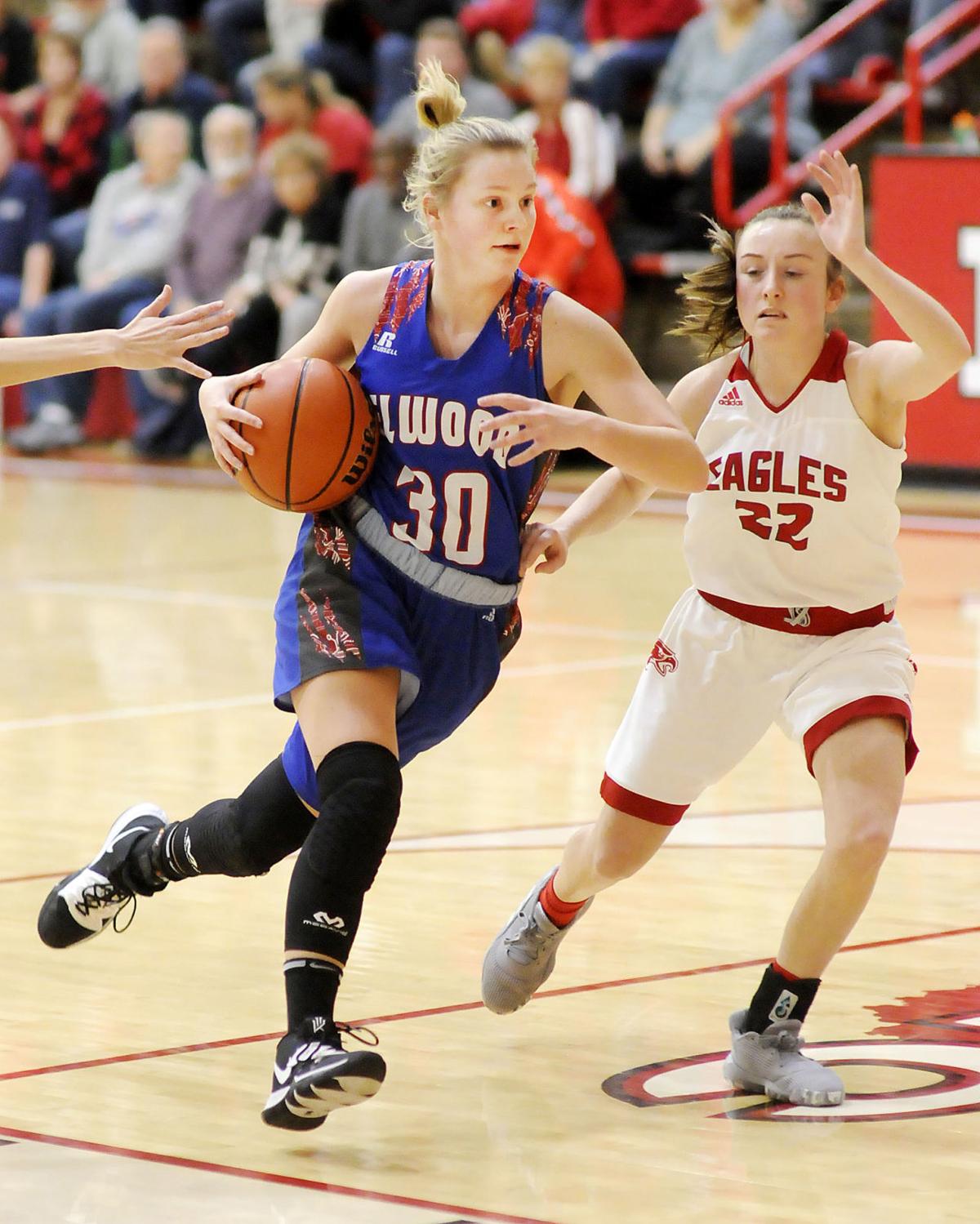 Elwood’s Claudia Leavell drives into the lane as she is guarded by Frankton’s Cagney Utterback on Friday.

Frankton’s Grace Alexander lays up a basket as the Eagles hosted the Elwood Panthers on Friday.

Frankton's Bailee Webb passes the ball as she is guarded by Elwood's Riley Sullivan as the Eagles hosted the Panthers on Friday.

Elwood’s Claudia Leavell drives into the lane as she is guarded by Frankton’s Cagney Utterback on Friday.

Read about the Frankton boys' 87-28 victory against Elwood at heraldbulletin.com.

FRANKTON — The goal for all basketball teams is to be playing their best ball heading into sectional.

That certainly seems to be the case for the Frankton girls basketball team.

The Eagles made nine of their first 10 shots, had eight players score by halftime and rolled over Elwood 77-44 Friday to wrap up their regular season on senior night.

Frankton (16-7) finished 6-1 in the Central Indiana Conference and will share the championship with Oak Hill.

“That’s really huge for us,” Frankton coach Stephan Hamaker said. “When we played (Oak Hill) earlier this year, we were dealing with some adversity, but we went up there and played them to a really close game.”

Beginning with a layup by sophomore Lauryn Bates and capped by a drive by sophomore Cagney Utterback, the opening hot streak by the Eagles resulted in a 21-7 lead, and Frankton went on to lead 48-20 lead at halftime.

“I thought our seniors did a really good job of keeping their emotions in check,” Hamaker said. “They were really focused, and they had a goal of keeping the CIC traveling trophy as well.”

The three Frankton seniors — Grace Alexander, Addie Gardner and Bailey Tucker — were key contributors on the team’s semistate appearance two years ago and were factors in defeating Elwood on Friday.

With a girls regional being hosted by Frankton this year, the seniors hope this was just their last regular season home game.

“We’re pretty positive about where we’re going,” Tucker said. “We’re excited to see if we can come back and play on our home floor for regional.”

The Eagles will enter sectional play riding a three-game winning streak and have won 11 of their last 14 games.

“That’s exactly where we want to be,” Hamaker said. “We feel like if we’re playing our best basketball heading into sectional, then we have a chance.”

The Panthers will play host Lapel at Sectional 40 Tuesday at 6 p.m. in the opening game, followed by Alexandria versus Monroe Central. The Panthers-Bulldogs winner will face Wapahani in Friday’s semifinal.

The Eagles will take on the winner of Tuesday’s second game in the second Friday semifinal.

“As long as we keep playing how we’re playing, we’ll be fine,” Tucker said.